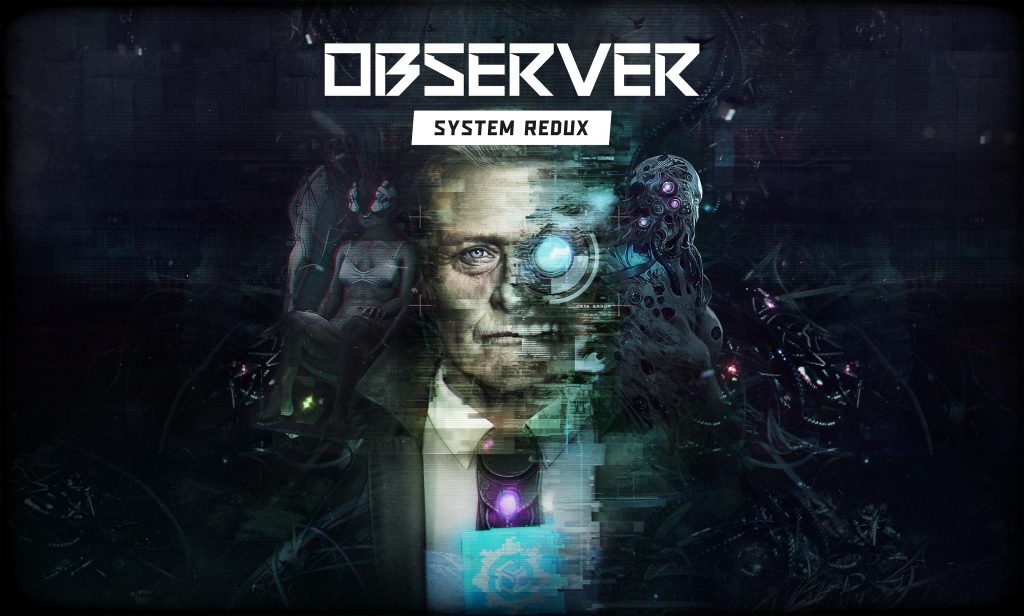 A genuine sense of claustrophobia oozes out of Observer: System Redux. You spend the vast majority of your time trapped in an apartment complex. With nowhere to go and a mission to solve, a single-minded purpose drives you forward, deeper into what quickly feels like a hellscape.

You play as Daniel Lazarski, a cybernetic cop in 2084. The world has mostly fallen apart, with most governments having fallen and corporations ruling. A plague called the Nanophage wiped out a huge chunk of the technologically enhanced population a few years back, and now any hint of an outbreak leads to instant lockdowns. It’s hard not to relate in 2021. 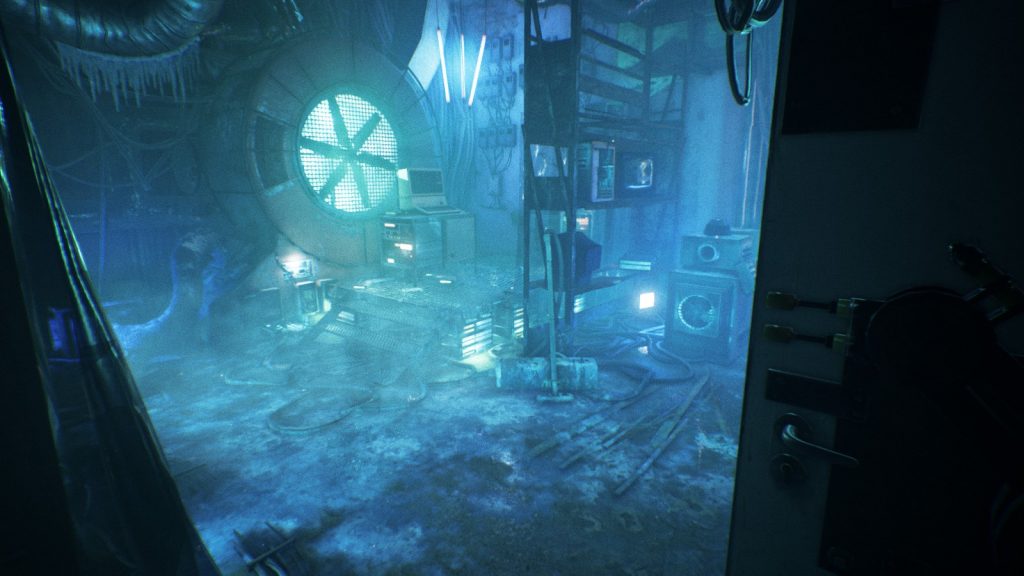 Lazarski finds himself in this apartment building after receiving a call from his son, who he hasn’t spoken to in some time. They’re not on good terms, with past issues hinted at. Yet today, his son called and then got cut off. When you arrive at his apartment, you find that’s not the only thing that’s been cut off.

Despite having a body, however, you aren’t able to identify the owner. That’s a bit unusual as Lazarski is an Observer. Observers have a variety of tools at their disposal, such as Biovision and EM vision, different views which let you search for clues. Throughout Observer: Sysxtem Redux, you’ll need to search different rooms for even tiny clues which can help lead you to the killer, all while hoping the body you found isn’t your son.

Lockdown happens to hit shortly after finding the body, and then you’re trapped in the complex. So are most of the building’s residents, all trapped in their apartments. As a result, you’ll see only a handful of other characters throughout the game. This leads to a series sense of isolation. Signs of people who are out or even doors that are open are rarely a good sign. You can communicate with many of the building’s residents through screens on their doors, getting leads, but those who are smart keep their doors closed.

A World Full Of Feeling 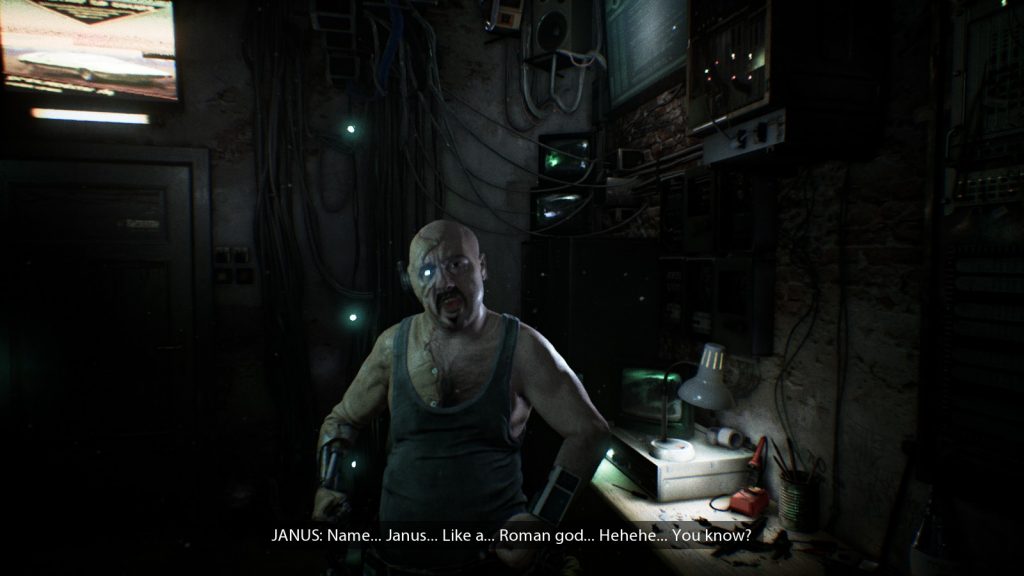 The Krakow of Observer is a cyberpunk-inspired future, but you mostly see the dregs of it. The building you’re in is for the poor and is practically falling apart. The few characters you see have implants, but these aren’t cool-looking tech. Instead, they’re borderline grotesque, showing a future where people are willing to give up their health and their bodies for barely working implants that give them any edge in life.

Observer drips with atmosphere. The PS5 upgrade is stunning, with fantastic lighting and shadows dancing on every wall. 3D Audio makes you feel every creak. The game makes fantastic use of the DualSense, with so much feeling in its movement. I loved the use of the speaker, often catching me off guard. There are definitely jump scares throughout the game, but they’re just present enough to leave you with dread the rest of the time. Even the choice to force you to actually push or pull doors to open them adds a whole new level of fear about what might be behind them.

The Right Man For The Job 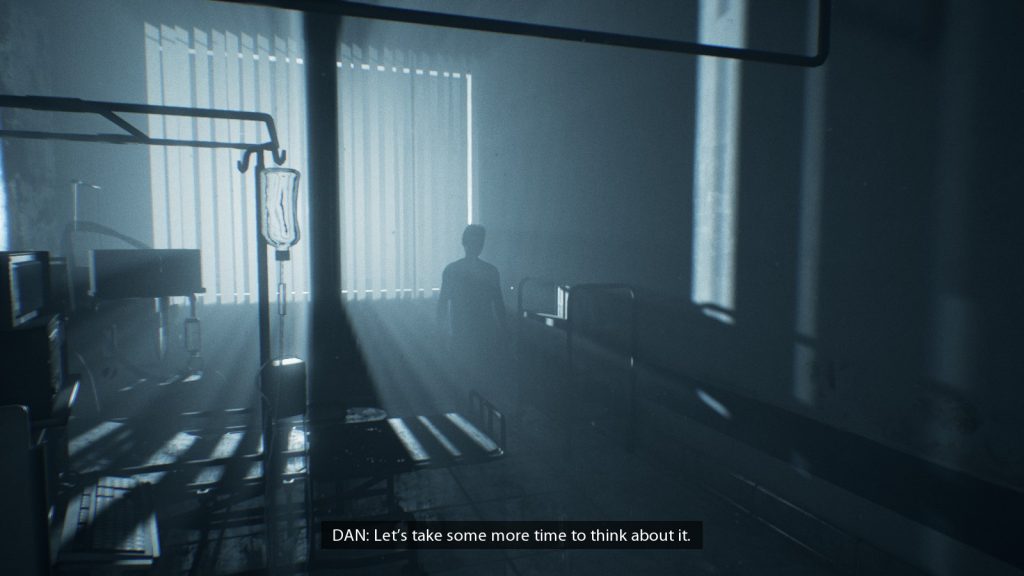 Lazarski is portrayed by Rutger Hauer, most famous for his work in Blade Runner, who sadly passed away in 2019. He’s perfect in the role, switching effortlessly between a cop who wants to help people and a concerned parent just wanting to find his son. He brings so much kindness, curiosity, and depth to the role that I positively ached for him. Of course, I wanted him to have the best possible ending.

If it seems I’m talking a lot about the story and setting, that’s because that’s most of what Observer is. You go into another apartment, or another room, and you scan for clues. You find something and interact with it to get more of the story. There’s very little gameplay, and what there is stands out as the game’s main flaw. 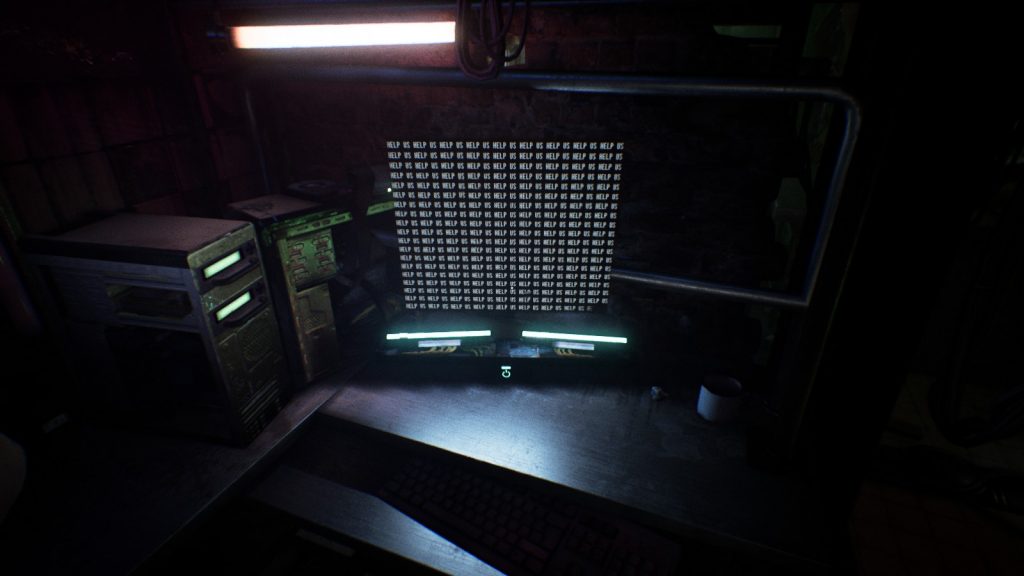 From time to time, you’ll find a body you can jack into. Observers are capable of connecting mentally with a person to see their mindscape, a sort of surreal vision of what they were thinking. Elements of their life, and possibly their death, flash together with bits of Daniel brought into the mix. These are certainly eerie and, if anything, amp the rest of the game’s atmosphere up to its highest point.

They also go on forever. The first one is fine, but soon you find yourself in near-endless loops of these sequences, which don’t actually have that much to say. They do provide the game’s main escape from that apartment building, but the feeling of being trapped there is one of the game’s biggest strengths. There’s no need to offer an escape.

These sequences soon start adding in stealth elements too, which simply don’t work well. The movement in stealth is slow, the creatures you’re hiding from aren’t smart enough, and if they grab you, death is instant. You can’t fight back in any way. I quickly grew to dread these sections of the game, and they sadly get more common as Observer nears its ending.

Observer: System Redux weaves a moving tale, both fascinating and relatable. With fantastic updated graphics, stunning audio, moving voice acting, and a memorable environment, this is a tale worth experiencing. I just wish it actually played better. The few times you actually have to do more than walk from room to room, the game falls apart. Thankfully they don’t make up a huge chunk of Observer, but they grow more common as you get deeper into the game. If you’re okay with that, though, and have time for an interesting cyberpunk story, Observer is worth your time.

Full disclosure: This review is based on a copy of Observer: System Redux provided by the publisher. 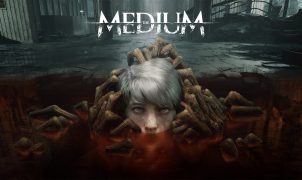 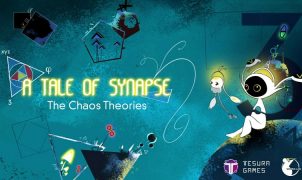