Seriously, Did Anyone Ask For These? 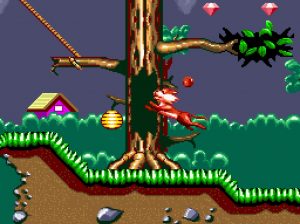 Maybe I’m wrong. If you’re the one person in the world who was waiting on pins and needles for any of these games, please let us know in the comments. I’d be fascinated to hear from you. For the rest of us though, tonight’s announcement of three new SNES games joining Nintendo Switch Online July 28th feels awfully anticlimactic.

Nintendo will add Claymates, Bombuzal, and Jelly Boy to the service. To be clear, these aren’t all awful games. Claymates definitely had its fans at the time. Jelly Boy might interest a few fans if only because it was a PAL only release originally. That makes this technically its North American debut. Bombuzal was originally released in the US under the name Kablooey, on the SNES at least. It’s being released here under its original name.

It just feels like nobody was asking for any of these games. Did anyone even remember them? Every game has a few fans, but will these releases excite any sizable group? If not, it feels long past time for Nintendo to consider what other value it can add to this service. Fans in Japan may have a bit more reason for excitement. They’ll also play Bombuzal this month. If Dead Dance sounds like a cool game, it is, at least a bit. Don’t feel too jealous though. It’s the Japanese version of Tuff E Nuff which we already got on the service in North America. The highlight in either territory though is Shin Megami Tensei If… This Shin Megami Tensei spinoff has never seen a North American release so it being Japan only isn’t a shock. As one of the inspirations behind the Persona series though, it would be cool to see an official translation.

Check out the US trailer for these Switch Online games above, or the Japanese one below. We’d love to hear if anyone actually is excited for these US releases. 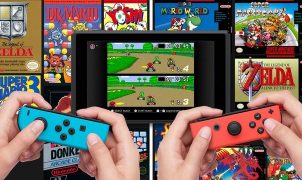