Risk System Review: Blast Off in This High Octane Shmup 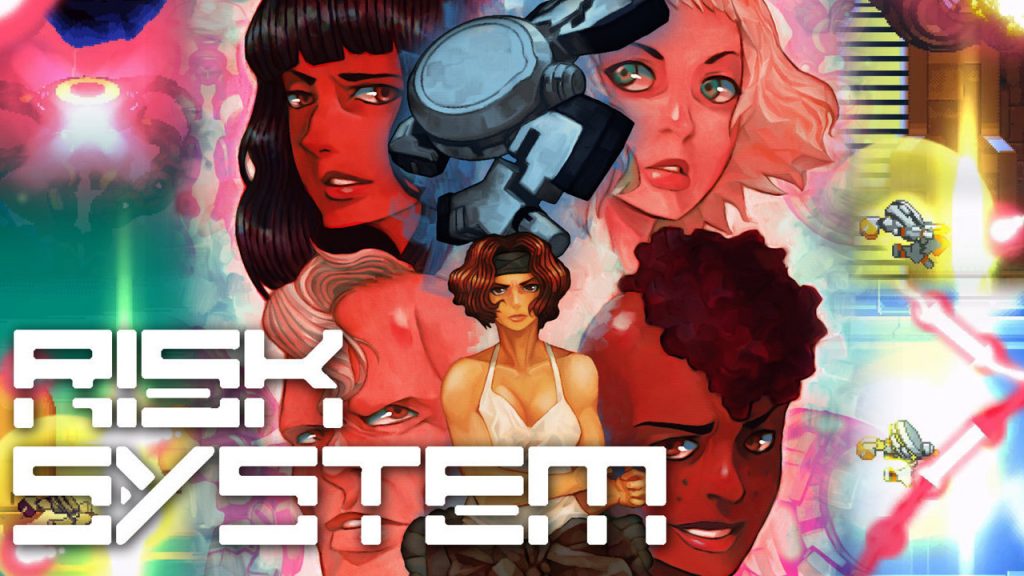 There’s just something about shmups that always draws me in. Maybe it’s the pared-down focus on combat, or the stylish yet old-school visual aesthetic. All I know is I always wanna play the newest one that pops onto my radar. I had somehow missed out on Risk System when it was first released in 2019. But after playing the recent Switch version of the game, I’m very happy I found the time to catch up. Risk System is a hardcore shmup with an incredibly unique premise. You essentially use the enemy firepower to enhance your own. As you might imagine, this makes things quite hectic, since it requires close proximity to enemy projectiles. The question this Risk System Review will answer is this – was this shmup well balanced enough to keep my interest? Or was I disheartened by how challenging it was?

Come For the Gameplay, Stay For the Story 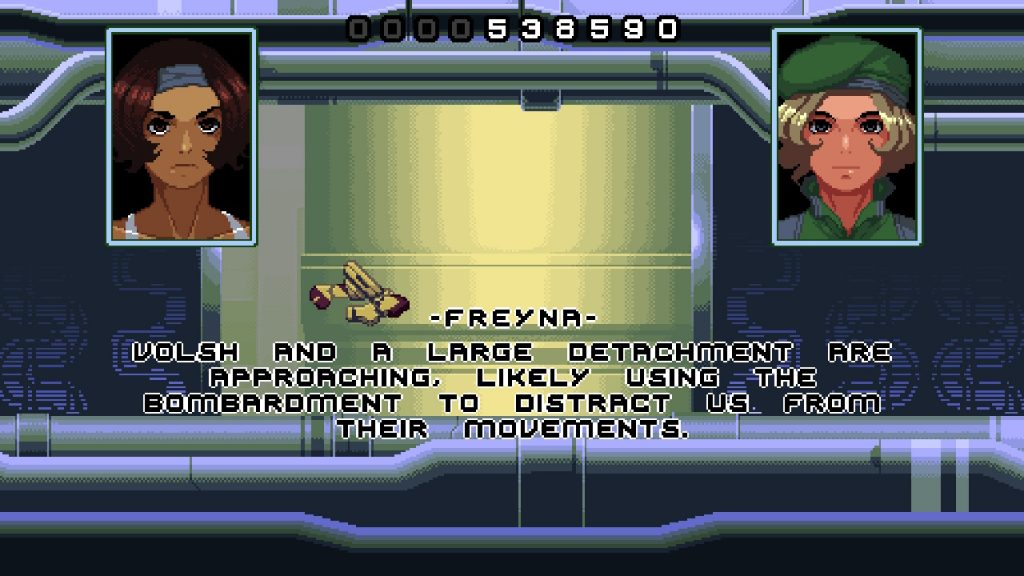 To my surprise, Risk System is very focused on the story. It’s a tale about an extradimensional parasite finding its way to Earth via warp gate technology. It then proceeds to infiltrate and subjugate anything in its path, including the human pilots of said technology. There’s only one exception, Alys. She’s seemingly immune to infection and is thus sequestered away for safety. Eventually, she finds herself piloting a pre-gate prototype, the RSK9. With it, she might be humanity’s only hope to destroy the alien menace that assimilated her closest friends. 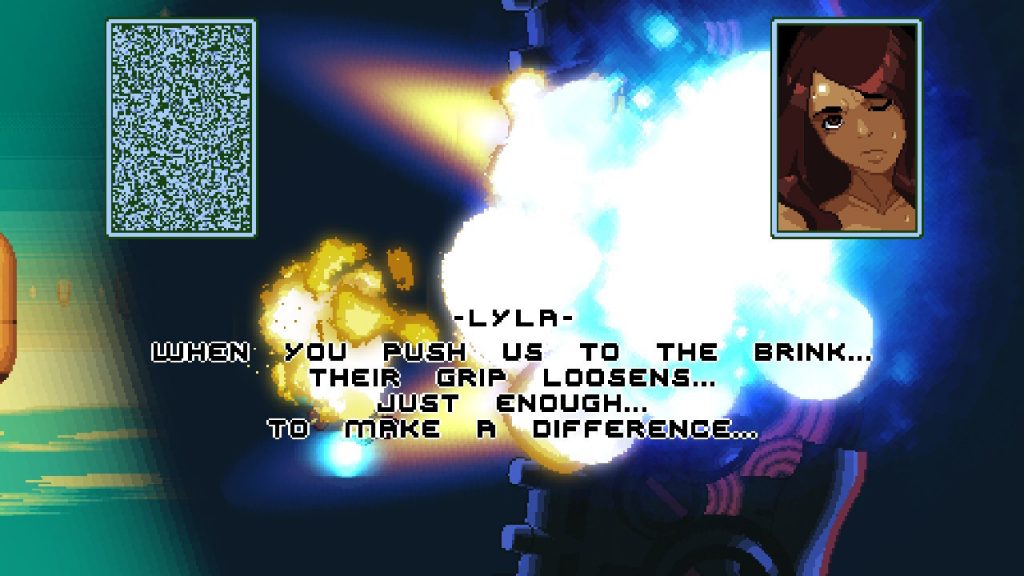 I truly found the plot of Risk System captivating, especially thanks to the amazing art direction. It’s dripping with anime style, and it really lends a ton of personality to the characters in the story. It almost reminds me stylistically of classic French graphic novels, with amazing art and really vibrant colors. It’s even better when combined with surprisingly solid voice acting, bombastic sounds, and catchy music. Though it’s tragic Alys has to shoot down her puppet friends one by one, they still manage to shine momentarily before their untimely demise. 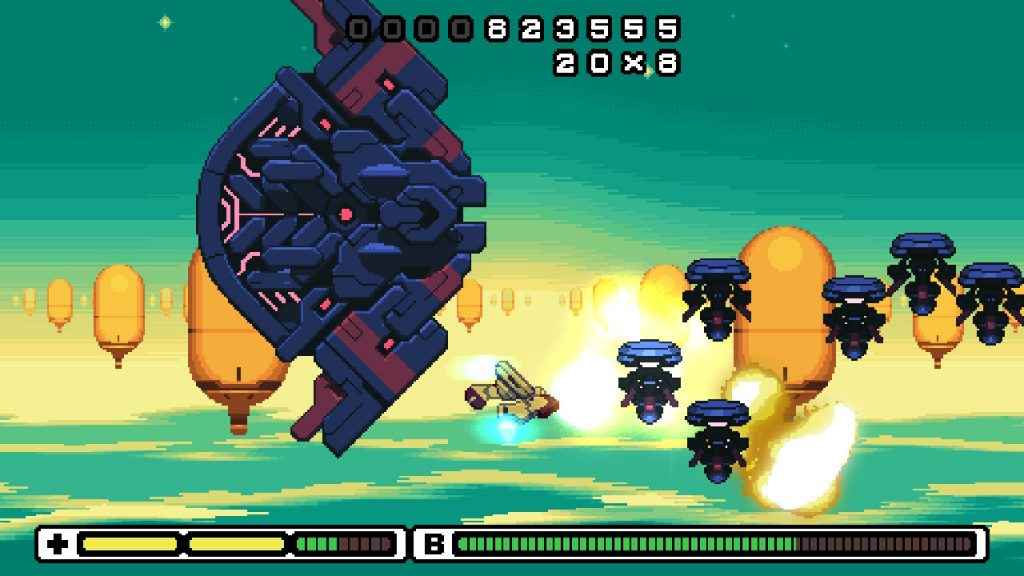 None of that would matter if Risk System wasn’t fun. Thankfully, I can confirm it’s as fun as it is challenging. The main hook of the game is you have to get really close to enemy projectiles. By skimming them, you’ll temporarily enhance your own firepower. You’ll automatically fire when an enemy is in range. Additionally, the RSK9 can perform upward barrel rolls with Y and downward rolls with B, allowing you to keep your momentum going. Barrel rolls can even be used to evade target lock from enemies. Sadly, the barrel rolls provide no temporary invincibility. For that, you’ll need to make use of another key system – the Barrier Breaker. 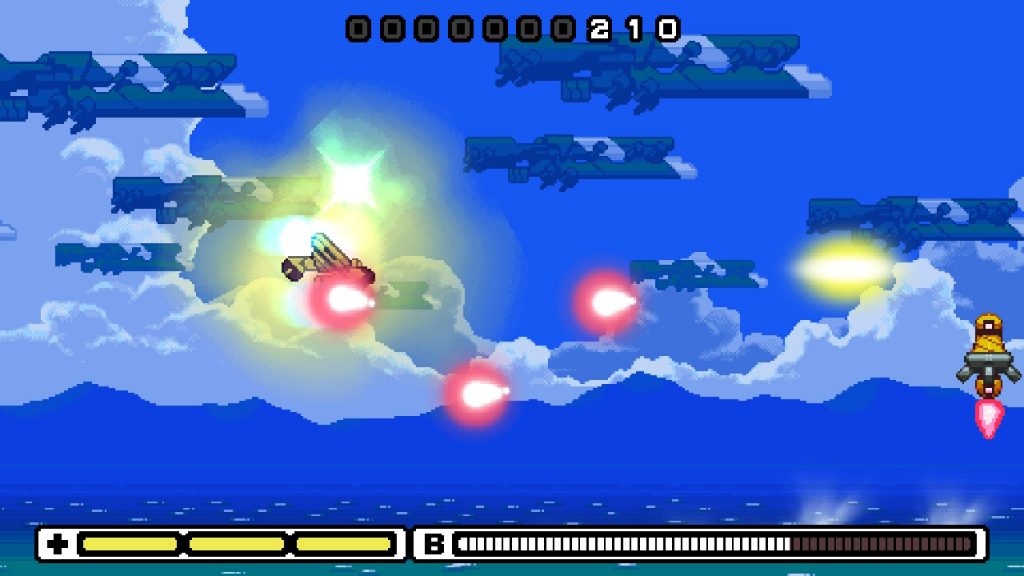 Every time you glance enemy projectiles, you’ll increase your Barrier Breaker meter. Once it’s full, you can press A to unleash a stage clearing explosion. While that lasts, you’re temporarily invincible, other than from colliding with objects. That might sound overpowered, but trust me, it’s not. You’ll need to learn to live on the edge, constantly veering right up to the point of destruction just to survive. And you’ll quickly learn that without the Barrier Breaker, you would have no chance of defeating the challenging bosses. Using your Barrier Breaker strategically will quickly become second nature. They’re all quite powerful and will fill the screen with lasers, projectiles, and more. 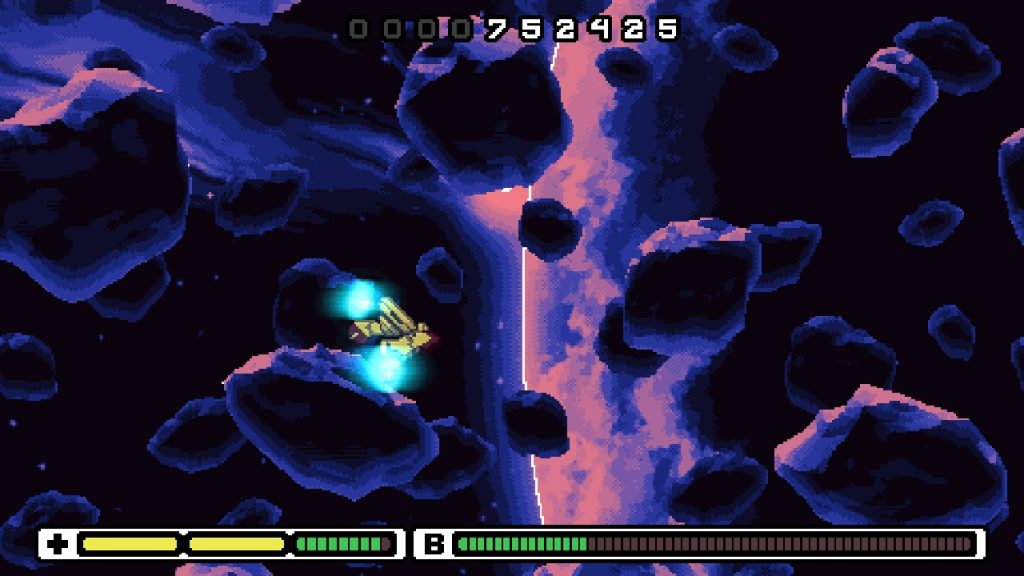 Besides everything I’ve touched on, there’s another important feature to cover. Whenever you destroy an enemy ship while your firepower is enhanced, they’ll drop health kits. This is primarily so you have a chance of surviving the frenetic enemy waves before the boss fights. What’s nice is you can take 3 direct hits before your ship explodes, and more if you only take a glancing hit. That said, you can easily die in seconds if you aren’t paying attention, weaving in and out of enemy fire seamlessly.

More Than a Passing Grade 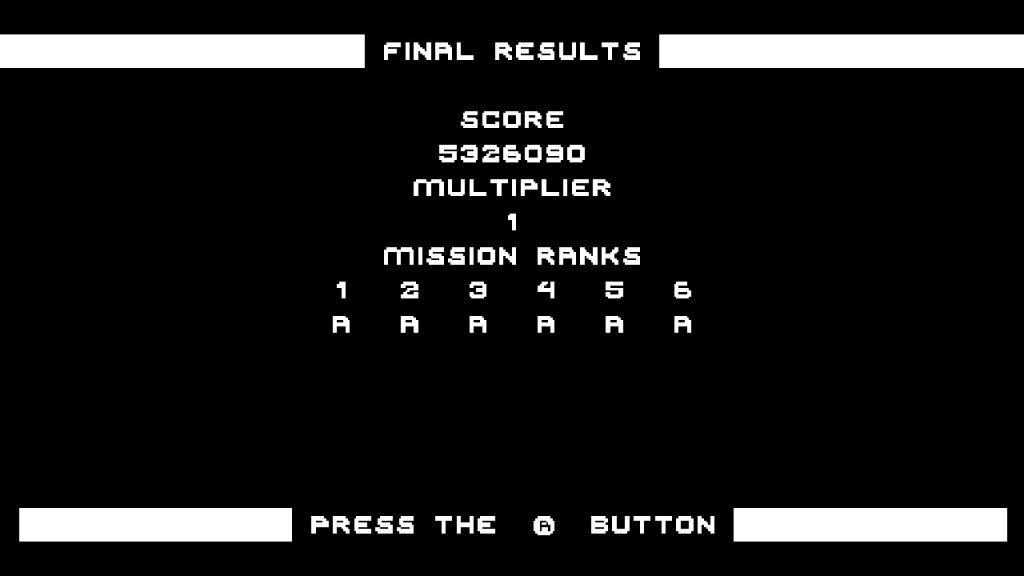 Normally I don’t use images like this in reviews, but I’m damned proud of this result.

Like most shmups, there’s only a handful of levels in Risk System. What helps it stand out is the grading system. Each stage, you’ll get a grade at the end. By avoiding taking too many hits, keeping your combo high, and beating stages all in one go, you’ll guarantee a higher score. Not only are scores great for bragging rights, but they also determine which ending you get when you beat the game. Furthermore, by making sure you get an A or higher in each stage, you’ll open the path to the final 6th stage. The first time I beat Risk System, I only got one B and otherwise all As. That provided enough incentive for me to play through a second time, finally beating the harrowing final boss.

Some Room For Improvement 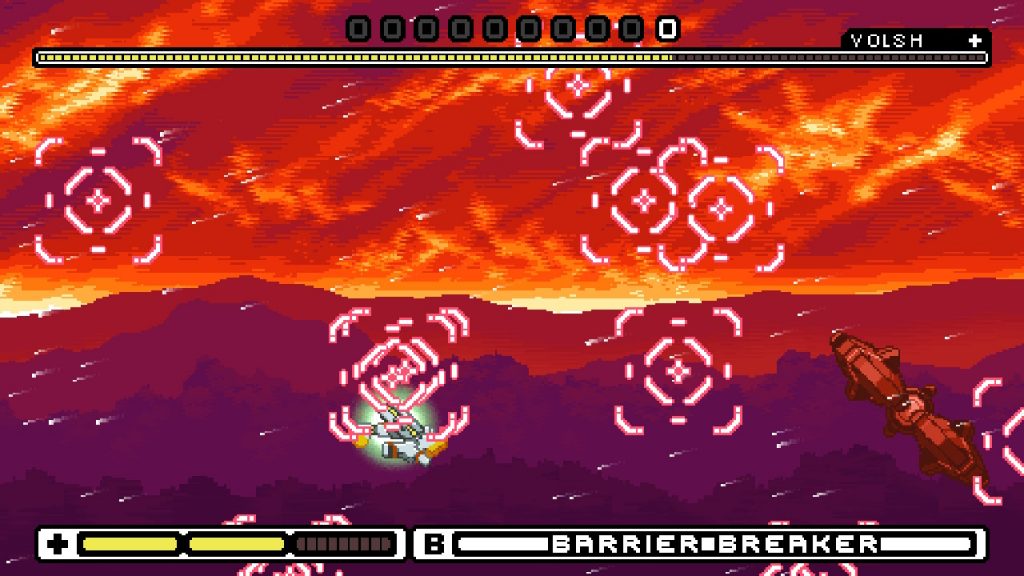 My blood pressure would always go up when I saw target locks on screen.

I really like the mechanics of the game and overall found it well-balanced. That said, there are some annoyances that kept me from giving the game a higher score. For one thing, I’m not sure why the game allows you the option to return to a recent checkpoint after you’re destroyed. While starting over from the beginning will keep your score intact, the same courtesy isn’t offered to checkpoints. So if you want to keep trying to beat a boss after they destroy you, you’ll miss out on a robust score. Also, though I like the banter you exchange with the bosses, I kinda wish there was an option to skip past it. Mostly cause you’ll be seeing the same scenes over and over again as you strive to beat stages with a high score. I must have seen the Stage 5 boss scene a dozen or more times before I managed to successfully beat them. 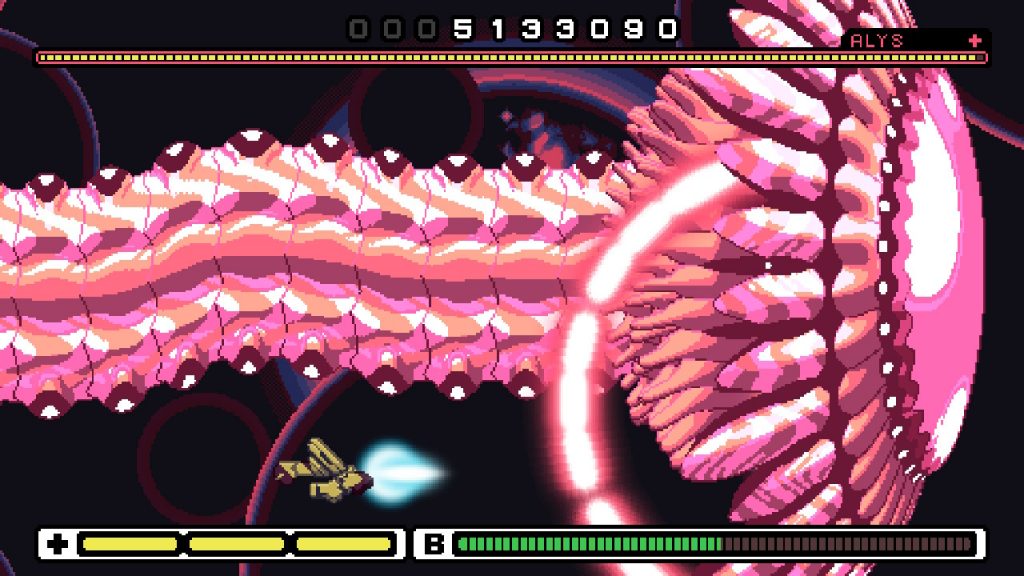 Getting to this boss is hard enough. Surviving it is another thing entirely.

Also, though in general, the RSK9 is very maneuverable, able to avoid threats with ease, there’s one exception. Your ship cannot move horizontally very fast at all. You also can’t boost your horizontal speed. Though this wasn’t an issue for most of the game, there’s one boss that summons giant glowing balls that ping pong horizontally across the screen. Suffice to say, this made defeating her much harder than it otherwise would have been. Lastly, while I appreciate how there’s a Trophaeum mode to test your mettle against the clock, I would have preferred if the game had an art gallery. Especially considering how gorgeous the artwork included in the game is.

Take a Risk On This Glorious Shmup

Ultimately, I had a fantastic time with Risk System. It’ll require your utmost concentration and patience, but it’ll reward you with an exhilarating ride. Any fan of the shoot ’em up genre owes it to themselves to check this game out, especially now that it’s on Switch. It’s not perfect, but it’s a really solid and enjoyable title I can highly recommend. Here’s hoping it’s not the last vibrant shmup by the folks at Newt Industries! 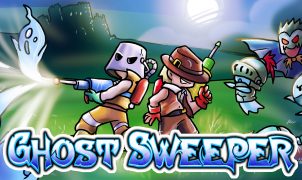