Fighting in the Dark 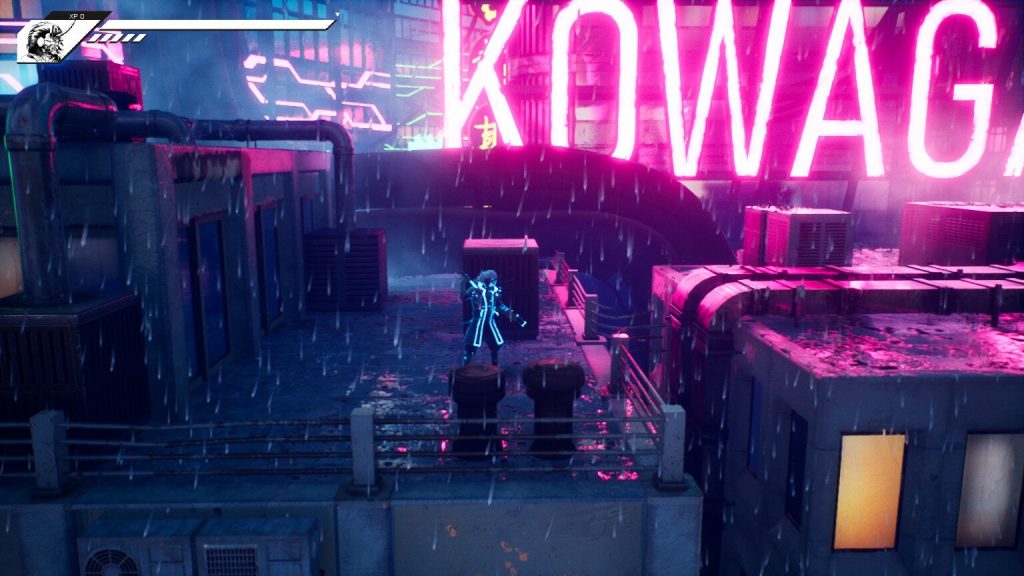 I want to preface this by saying Blind Fate: Edo no Yami is ambitious in all the right ways. It takes place in a dark and dynamic universe that mashes together japanese lore with cyberpunk mayhem. Not to mention, the premise of playing a game where the main character is blind fascinates me. Especially when said warrior is a cyberpunk enhanced being himself. The problem is how the game plays, at least for me. 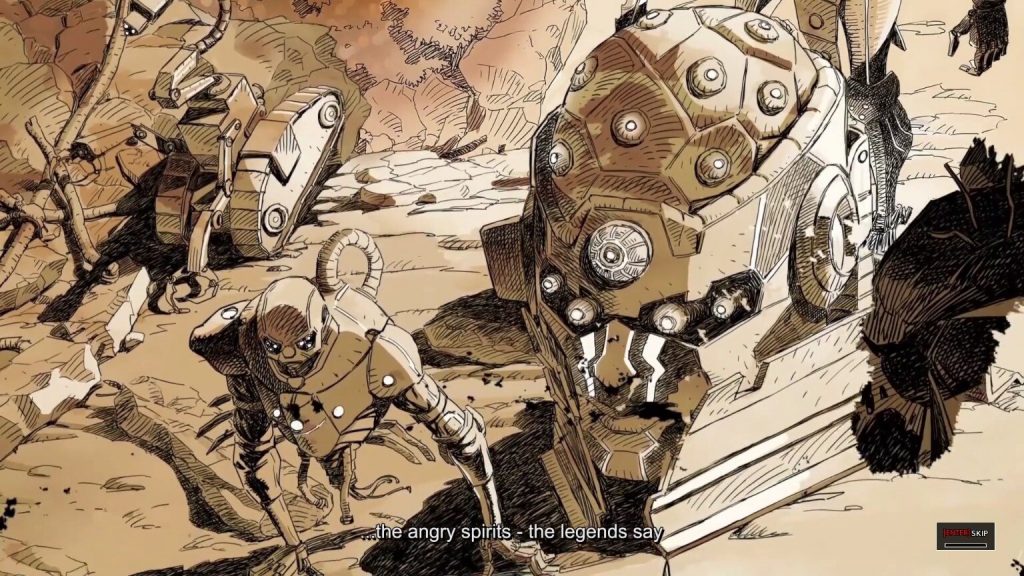 First the premise. Blind Fate takes place in a world overrun by Youkai. Unlike the demons of legend, here they’re all cybernetic monstrosities. Nevertheless, demon hunters arise to combat these otherworldly foes. You’re one such hunter, scarred by your past and enhanced by the Youkai technology. Your tale will be sung by a contrary and devious bard. You just have to survive the telling of your own story. 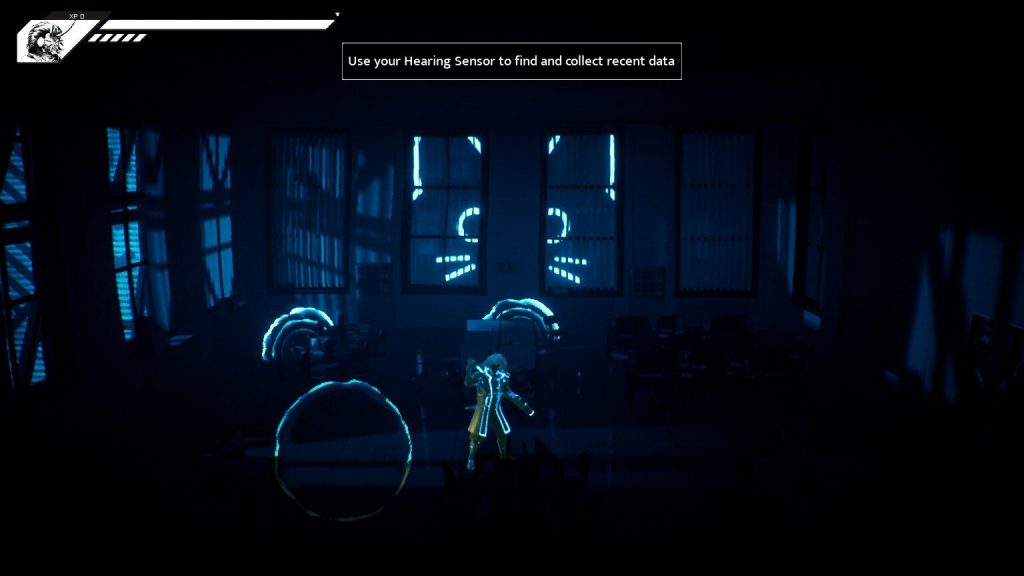 I really appreciated the visual style of the game. The comic book cutscenes used to tell the story are really attractive. Not to be outdone, the visual effects in the game itself are pretty great. The demo starts you off in a dark and lush cyberpunk city. Your eyes are gone, and your visual senses also deceive you. Rain lies motionless in the air, and gaping holes appear like sturdy floors. To deal with that, you must trust your senses, not your eyes. 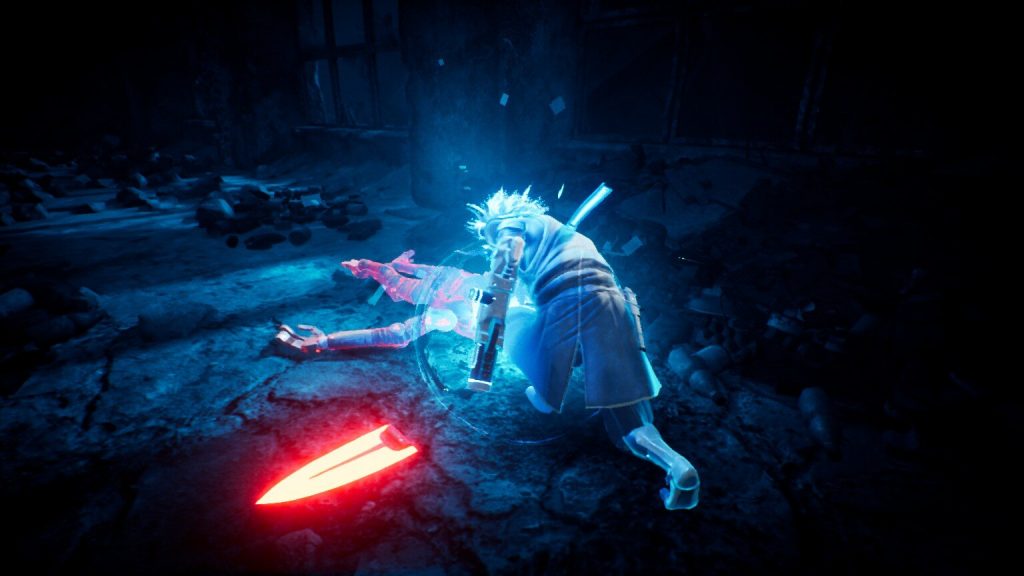 All this is explained by a cybernetic Tengu and various tutorials. You can download information of your surroundings, updating it accordingly. You must use your Hearing, Smell, Heat and other sensors to discern your environment. And as you might imagine, this makes combat quite difficult. 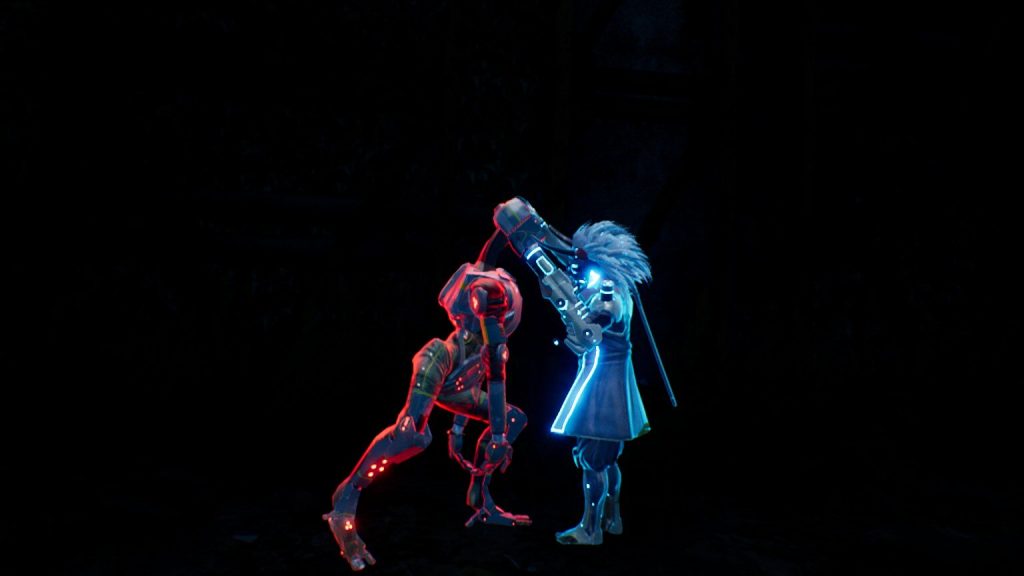 Foes are essentially invisible when they first come upon you. By listening to what’s around you and attacking them, you’ll slowly start to glimpse them fully. You can attack, dodge, parry and even pull off powerful attacks and finishers. But a lot depends on rapid reflexes and near perfect strategy. It plays a lot like a Souls game, and it’s just as hard. Given I’m not a huge fan of Souls games, this was a bit tricky. Which isn’t to say Blind Fate wasn’t fun at all. I actually found the combat really clever and occasionally thrilling. It just needs to hold players hands some more. Cause parrying an attack is one thing. Parrying an attack from a near invisible foe is something else entirely. 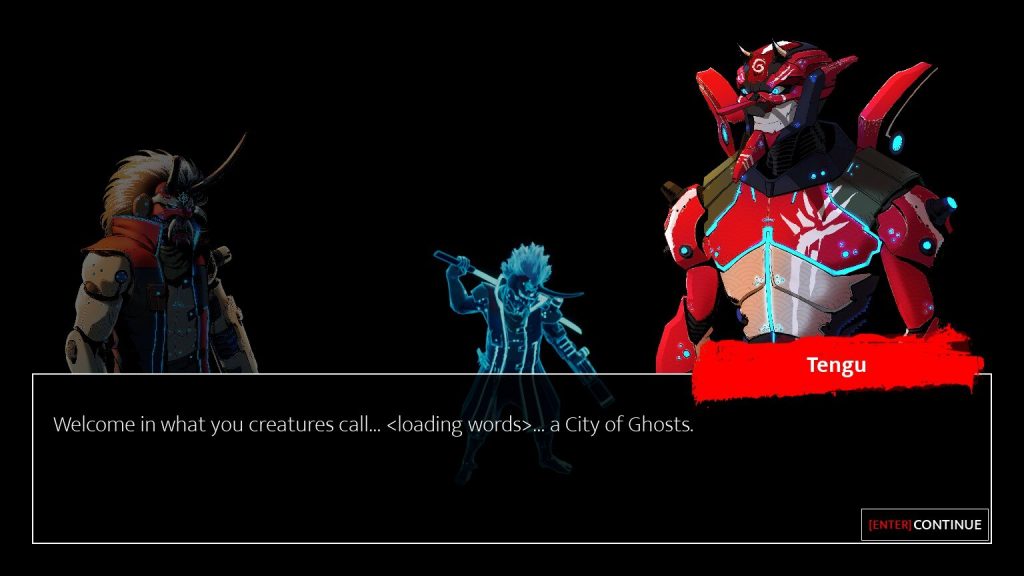 I didn’t make it all the way through the demo, mostly cause I got badly stuck in one section. It tried to teach me how to shoot foes to stun them, but then I kept running out of ammo. The foes are also quite aggressive, and swarmed me while I tried to find ammo to reload. That said, I think Troglobytes Games might have a great game here if they can balance it more. Here’s hoping they do so before Blind Fate: Edo no Yami comes to PC, Switch, PS4, PS5, Xbox One and Series X|S. 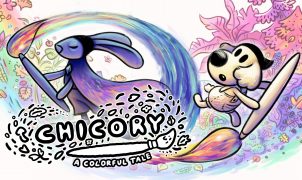 An Emotional Tale I like to say I’ve been writing about video games for nearly twenty years, and that is true. It leaves out the part, however, where I…