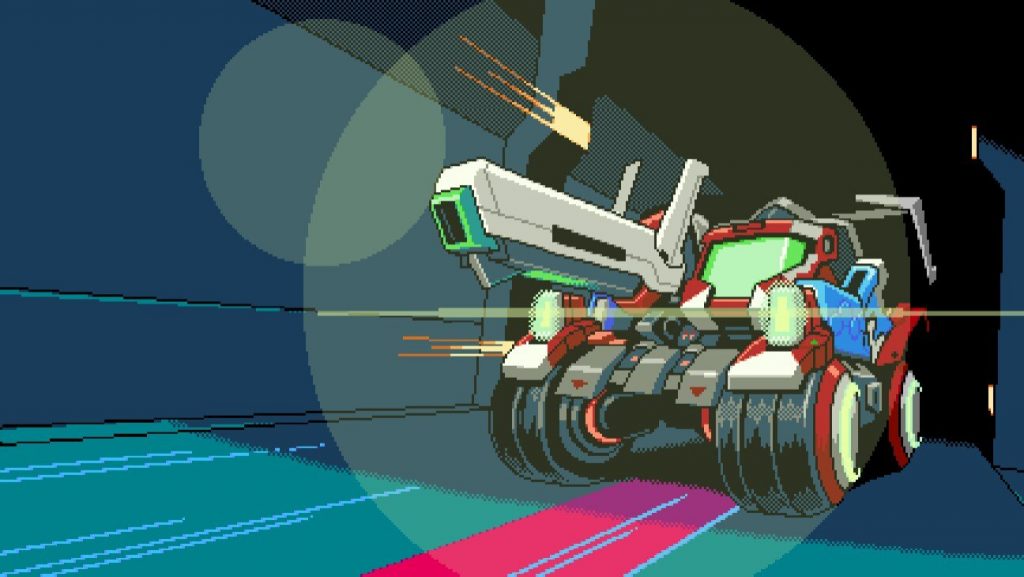 Despite my recently kindled appreciation for the Blaster Master Zero series, I hadn’t thought about demoing Blaster Master Zero 3. I typically play these games nonstop over the course of a week or so, usually in anticipation for a review. But I’m really glad I spent some time with the free Steam demo. Cause this is a wild and rocking game, which I think has the potential to be the best in Inti Create’s reimagined trilogy. 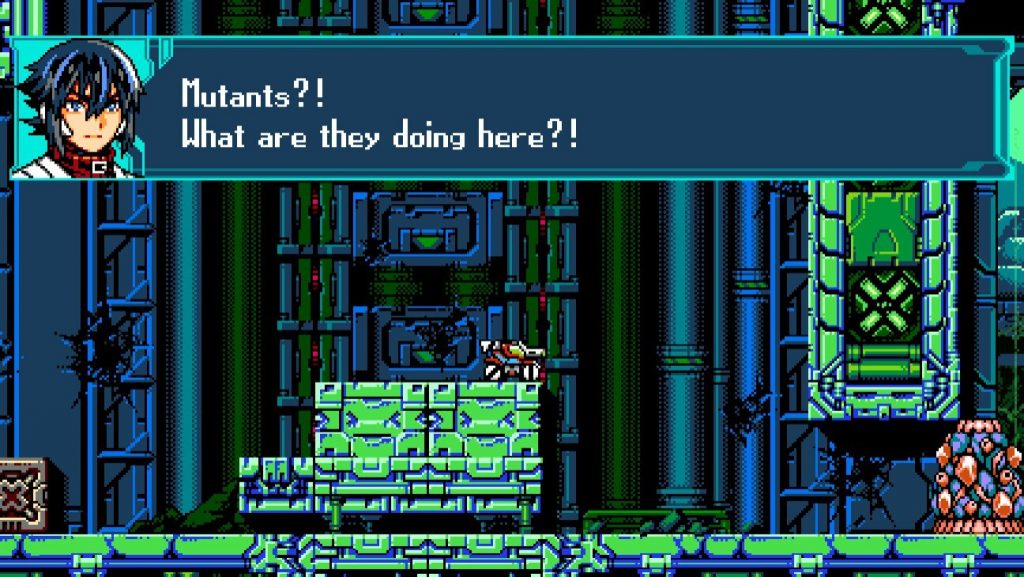 The first thing you should know about the demo is that it has you covered even if you haven’t played the first two games. There’s some recaps via helpful cutscenes, and they’ll give you just enough info to know what’s happening. Long story short, Jason, Eve and Fred have been separated on the planet Sophia, and locked away. Before they can bemoan their predicament, mutants suddenly invade, providing Jason a chance to escape. 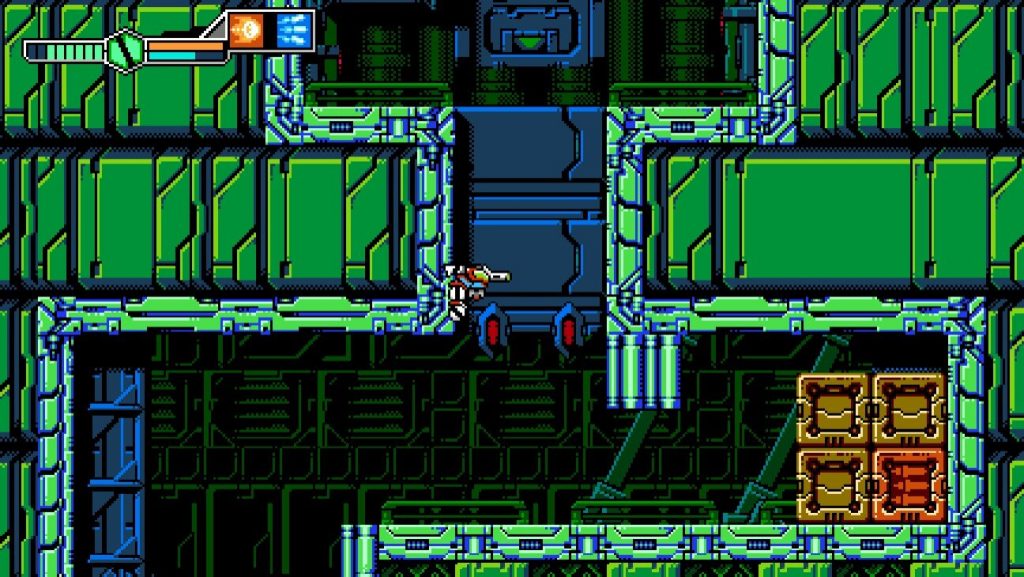 Unfortunately for our hero, his tank has been gutted by the Sophia Force. His fancy weapons and toys have been removed. All he has left is the default cannon and missile spread. But he’ll have to put it to good use, since mutants are appearing everywhere to block his path. As you crash around, you start to get the impression something is different about these mutants. They appear out of thin air to torment you, deploying from glowing portals. Those are called Dimensional Ruptures, and they’re integral to the story and the gameplay. Another way these mutants are different is they have the capacity to make clones. Which you discover quickly when confronted by three copies of the boss from the original Blaster Master Zero! 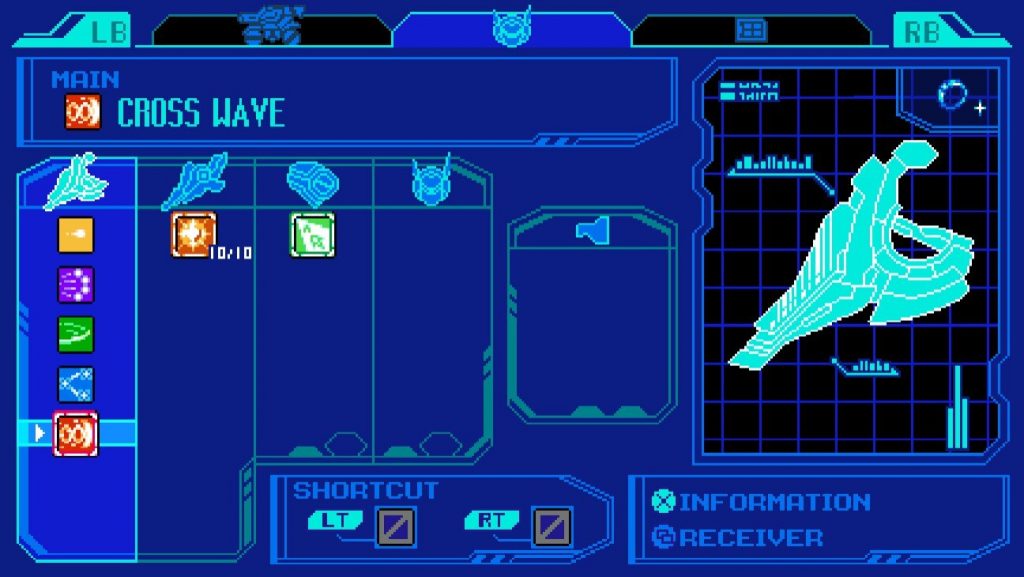 No matter which mode you’re in, tank or top down, the gameplay in Blaster Master Zero 3 is really tight. It’s intuitive to wall jump with your tank, and blast foes out of your way. And as Jason, I’m happy Inti seem to have balanced the gameplay while not removing any challenge. If anything, the challenge in the demo was surprisingly high. Luckily they also streamlined some features. Now Jason’s blaster options doesn’t diminish when he takes damage. Better yet, even early on, Jason has access to 5 different blaster settings. These range from a paltry pew pew blaster to a shotgun, to weird stuff like a laser whip. It’s a lot of fun swapping your equipment on the fly to deal with the forces arrayed against you. 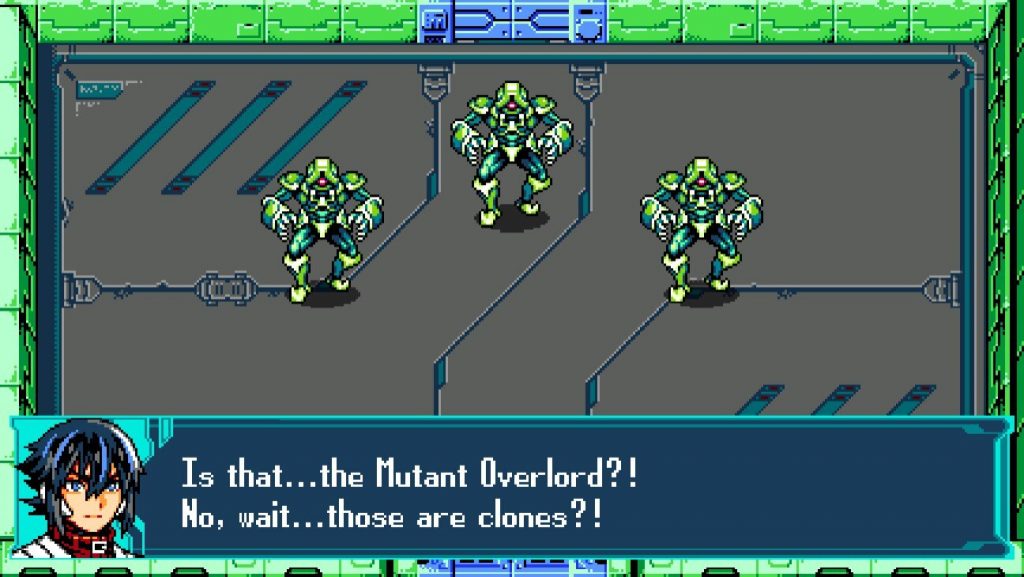 Also neat is that Blaster Master Zero 3 requires you to use Jason’s armament to solve puzzles. There’s various switches you’ll find, and they can only be triggered with the proper weapon. Though simple, this made it more satisfying to crawl through dungeons. And as I got farther in the demo, I found another twist – Super Dimensional Space. 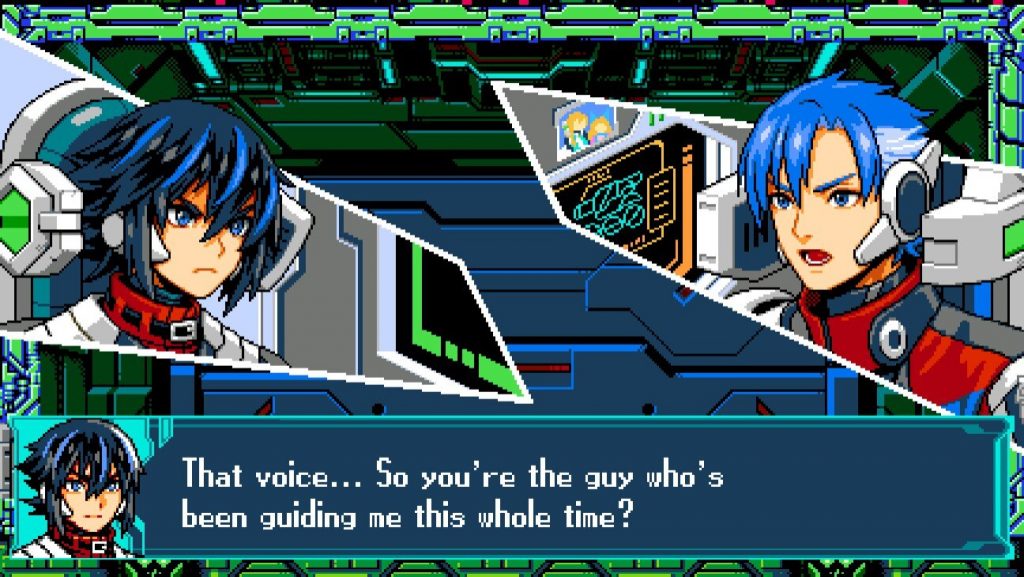 Basically the Dimensional Ruptures make some regular pathways impossible to traverse. So you’ll have to take dangerous detours through these unstable tears in reality. You’re running against the clock, since every minute spent there wears away at your armor. If you take too long, you’ll start to rapidly lose health. So making smart use of your time is a must. Which is complicated by dangerous foes that sometimes behave or appear differently while outside normal reality. As an example, the ovoid robots you find in regular dungeons are gigantic in Super Dimensional Space, and lay tracks of dangerous bombs. 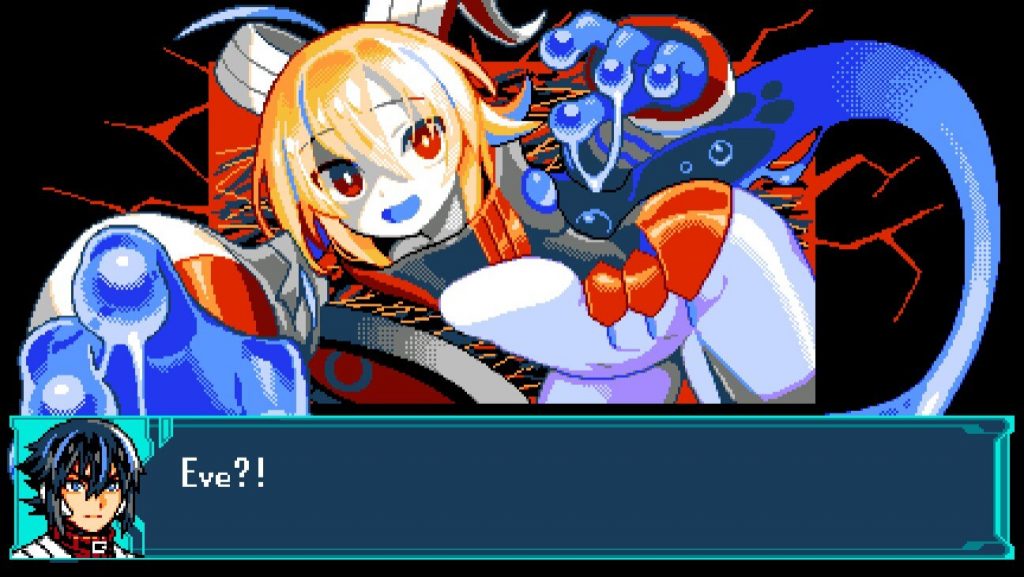 Perhaps the most exciting part of Blaster Master Zero 3 is the story. I don’t want to spoil too much, but suffice to say it’s full of mystery and intrigue, especially regarding what happened to Eve after the mutant attack. It’s clear something is wrong, since Jason tracks her signal to a mutant clone. Later these clones will hassle Jason in Super Dimensional Space, blasting him and even slowing him down. Your job is to find the real Eve, and her trail is blocked by the first true boss in the game. It spits sticky spit all over the arena, and then tries to slash into Jason. And once you think it’s defeated, it challenges you in another arena entirely! 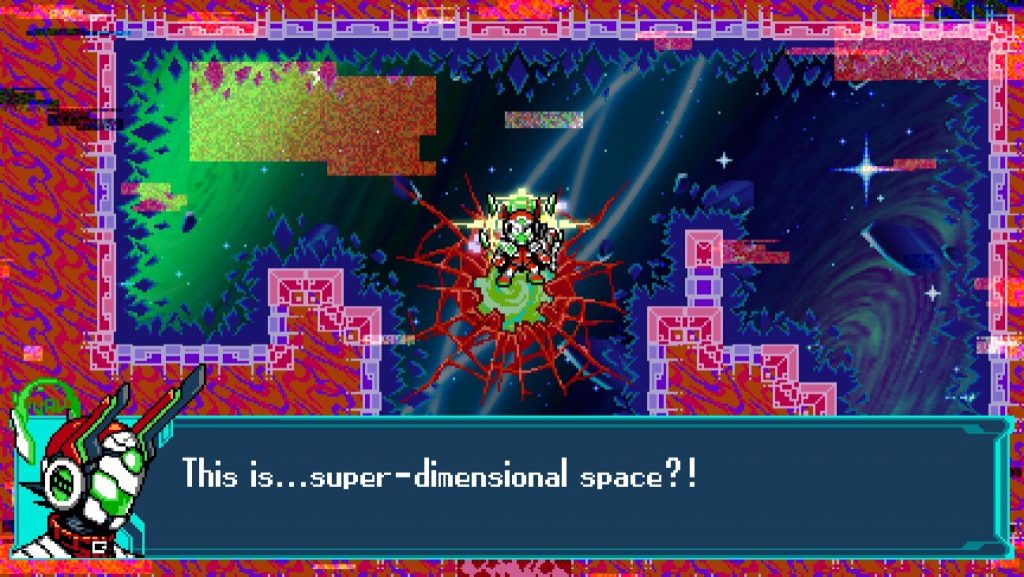 I have a good feeling about Blaster Master Zero 3. Which isn’t surprising, since I’ve been anticipating it for a while. But even I was challenged by the demo, spending an hour and a half to beat it. I think this will be a great sendoff to the series. And best of all, it’s coming soon to most all consoles, including PC, Switch, PS4, Xbox One and even Series X|S. So if you love retro or just enjoy platforming, stay tuned July 29th for Blaster Master Zero 3! And tune into HPP for our upcoming review of the game. 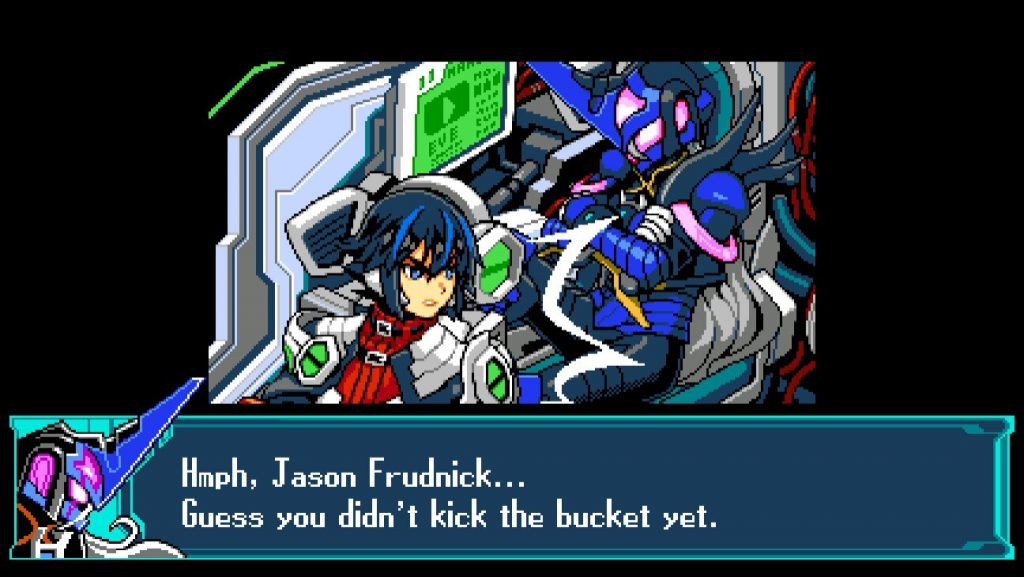 Love you too, buddy.