How To Unlock Roo in Streets of Rage 4: Mr. X Nightmare

Just released on consoles and PC, Streets of Rage 4’s Mr. X Nightmare DLC adds a handful of fresh additions to Dotemu and Guard Crush Games’ hit beat-’em-up. However, in addition to the new Survival Mode and introduction of former SoR4 bosses Max, Shiva, and Estelle as playable characters, the developers added a special Easter egg for longtime fans of the series.

Streets of Rage 4’s Mr. X Nightmare DLC also allows players to control Roo, the boxing kangaroo. First introduced in Streets of Rage 3, Roo could originally be unlocked by sparing him and defeating his trainer, Bruce, in the second stage. However, this time around, adding the punchy marsupial to your roster is much easier.

Roo can be unlocked from the game’s main title screen, so long as you have the Mr. X Nightmare DLC installed. From the title screen, press and hold the up, attack, and start buttons for several seconds. Next, choose the stage select option and you should see that Roo is now selectable above Shiva from the character select menu.

Be sure to complete at least one stage with Roo to ensure he’s permanently added to the roster. If you fail to do so, you’ll need to input the code every time you want to play as him.

That’s it. That’s how to unlock Roo in Mr. X Nightmare. Easy, huh? 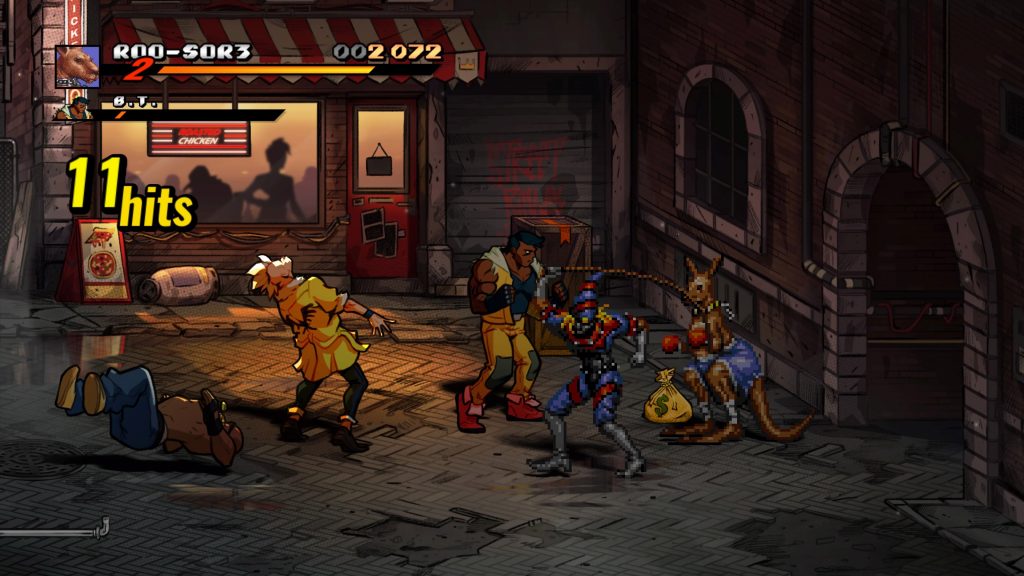 As for how he plays, Roo is rather slow. However, he makes up for his lack of speed with his dizzying combos, which can easily net you hundreds of hits against groups of enemies, especially when using his dash attack. In addition to his flurries of punches and kicks, Roo can also use his star ability to summon Bruce as backup. The best part? You can stack this ability to call up to 3 instances of the whip-wielding clown at once. Bruce hangs around until he’s defeated, and is excellent at crowd control thanks to his aggressive A.I. and long-range attacks that can send waves of punks flying.

For more on this DLC, be sure to check out Andrew’s Streets of Rage 4: Mr. X Nightmare review.

Are you looking forward to pummeling punks with Roo? Be sure to let us know in the comments.