But Not Beyond. You Can’t Go Beyond Infinity. 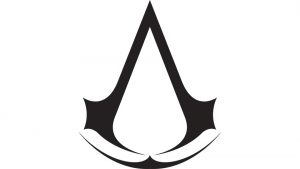 Ubisoft this morning put out a blog post announcing a future Assassin’s Creed project, codenamed Infinity. While details are still very thin, this is a cross studio effort. The plan is to build Assassin’s Creed in, “a more integrated and collaborative manner that’s less centered on studios and more focused on talent and leadership, no matter where they are within Ubisoft.”

If this announcement seems light on details, that’s because it is. It seems to be in response to a report by Jason Schreier of Bloomberg News. He advised earlier this morning that Assassin’s Creed Infinite is an open world project very early in development. The goal is that instead of having multiple studios alternate putting out games, that they would instead all put out parts of a larger, integrated game. This wouldn’t be ready until at least 2024 so it seems unlikely that this is the next Assassin’s Creed.

Bloomberg last year reported on a variety of accusations of abuse within Ubisoft, and several of those implicated are involved with Infinite. Bloomberg’s latest report seems to have pushed Ubisoft to make an announcement, but with few details to provide about a game so far in the distance it leaves us with little more than a list of names involved. The few details provided do line up with Bloomberg’s reporting, but they are so vague that it’s impossible to confirm or deny much more at this time.

What are your thoughts on Assassin’s Creed Infinite? Let us know in the comments below.

The Letter Review: Handle with Scare   Visual novels as a genre have really been growing on me lately. I’ve always been somewhat intrigued by them, but there’s something…