I firmly believe that we need more multiplayer puzzle games in the vein of Tetris or Puyo Puyo. Especially considering how much those two games dominate the market. While Indigo 7: Quest for Love from Dolores Entertainment probably won’t be toppling either of those empires anytime soon, it’s a breath of fresh air, and a chance to try something new.

Scott Pilgrim Versus the Puzzle World 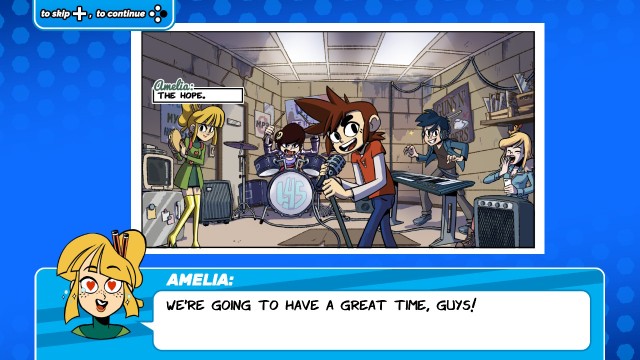 Delightfully, Indigo 7 has a story mode. Right off the bat, you’ll get a lot of Scott Pilgrim feels. It’s comic-book-y, it’s quirky, it’s weird, it doesn’t take itself seriously, and it’s all about trying to find love. The story is told in comic book scenes, and while the dialogue is maybe a little childish at times, I can’t honestly imagine it any other way. If I had to gripe about the story, I guess it feels disconnected from the gameplay, but honestly, I’m just thrilled there’s a story mode that’s so entertaining in a puzzle game like this.

Obviously, the meat of Indigo 7 is going to be its gameplay. The basics of gameplay are simple: select a color, and any tile of that color that you are currently touching will change to that color. So, for example, say you begin a new level and your starting tile is touching both a green tile and a yellow tile. If you select green, that will be claimed as your tile, and you’ll now (hopefully) have more tiles you’re in contact with, and more color options. Of course, if that green is touching any other greens, they’ll all be turned into your tiles. That’s pretty much where the game’s simplicity ends, though.

I Find This Delightfully… Puzzling 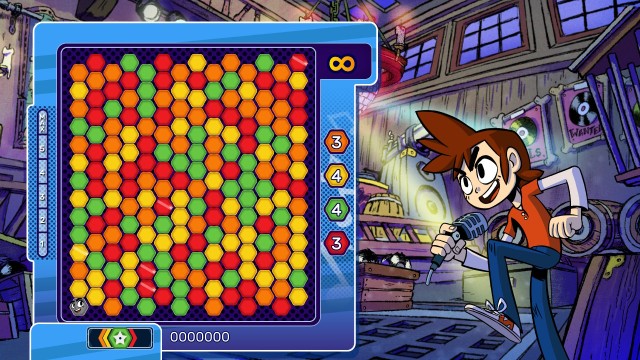 You’ll begin the game only having to work with four colors, but as you progress through story mode, it will add more, until you’ve got boards with six or seven colors on them. Additionally, you’ll need to learn how to effectively combo or “chain” colors together to earn additional points if you want to have any hope of beating the CPU. To build your chains, you’ll need to make sure that each new color you select contains at least as many tiles as the move you made before. So if you made a chain of three greens, you’ll need a chain of at least three or more when you select your next color to keep it going. The more chains you can build, the higher your score multiplier will be. And trust me, you want to get a high score. The computer is not a pushover in the slightest. Thankfully, you’ll be introduced slowly to new elements in the game, so it never really feels completely overwhelming.

Not A One-Trick Pony 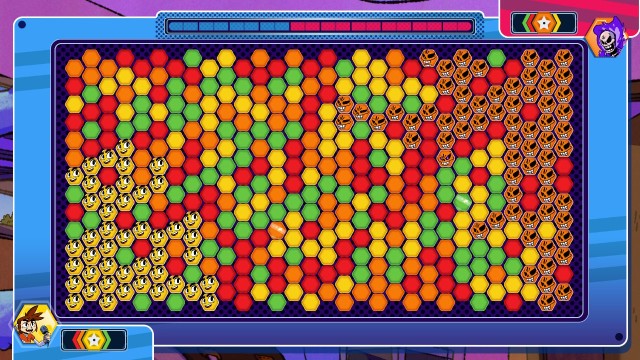 You’ll encounter several different modes of play, all of which can be experienced in story mode, or can be played in single player mode from the main menu: VS CPU, Conquest, Conquest VS CPU, Time Attack, and Color Attack. VS CPU entails going up against a computer-controlled enemy. Typically you’ll have five rounds to beat between one and three enemies by achieving the highest score. Building chains and finishing connecting all your colors first will be key to winning this mode. You’ll need to move quickly and efficiently, as you are given a set amount of moves to make. In Conquest, you’ll be given a fairly sizable board that you’ll need to clear with a set number of moves, and within a set time limit.

Conquest VS CPU is easily my favorite mode. This mode pits the player against the CPU and you have to strategically choose your colors to claim as much of the board as possible. Whoever gets more than 50% of the board wins. Time Attack is fairly self-explanatory; you’ll race against the clock, earning precious additional seconds by making chains. Color Attack is another particularly fun and unique mode: players are given a set number of each color that they can use in order to clear the board.

Plenty of Variety, For Both Single and Multiplayer 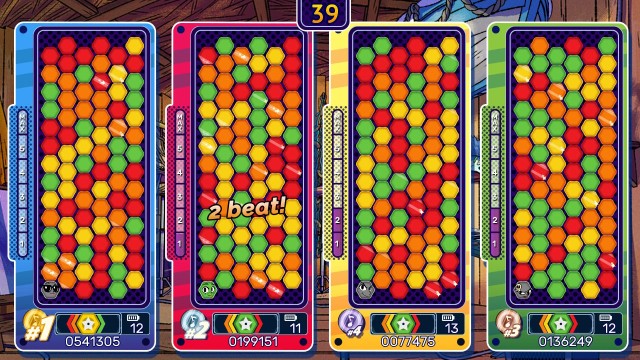 Indigo 7’s multiplayer mode is a wonderful addition to the game. You can play with up to three other friends in three different modes: VS (same as VS CPU above, just against human players instead), Conquest VS where you’ll need to claim more of the board than your friends, and finally, Party Bomb, where you’ll take turns with each of your friends selecting color tiles, and hoping the growing speaker doesn’t explode on you. I made my husband try out each of these modes with me and we thoroughly enjoyed them. The only problem I have with them is that as they are, they’re on the buggy/glitchy side. When no moves are available in Conquest VS, it sometimes gets stuck in an infinite loop of the game’s announcer bellowing, “REBOUND!” and you have to forcibly close the game to get it to stop. It also lets you select the same color your opponent just used, which isn’t supposed to be able to happen.

The art style of Indigo 7 is definitely charming. While my very first impression was that it was perhaps a little on the basic side, it very quickly grows on you, becoming quite endearing. And while the story is fairly silly, being told through a comic gives it that little bit of oomph to keep it from being too bland. The music is pretty catchy, too, though you likely won’t remember enough of it to be humming along later. Overall, I have very few complaints about the game’s style choices.

A Few Flaws, But a Solid Game

Indigo 7: Quest for Love is an earnest, enjoyable attempt at a new puzzle game. It’s fun, it’s quirky, the art style is endearing, and the gameplay is solid. Honestly, I’d be giving this game a higher score if it didn’t have some bugs and issues that pop up here and there. Those problems aside, though, if you’re looking for a great multiplayer puzzle game that isn’t Tetris or Puyo Puyo, give this game a shot.

Full disclosure: This review is based on a copy of Indigo 7: Quest for Love given to Hey Poor Player by the publisher. 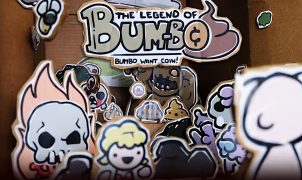