Akiba’s Trip: Hellbound & Debriefed Preview: Bearing it All for the Very First Time 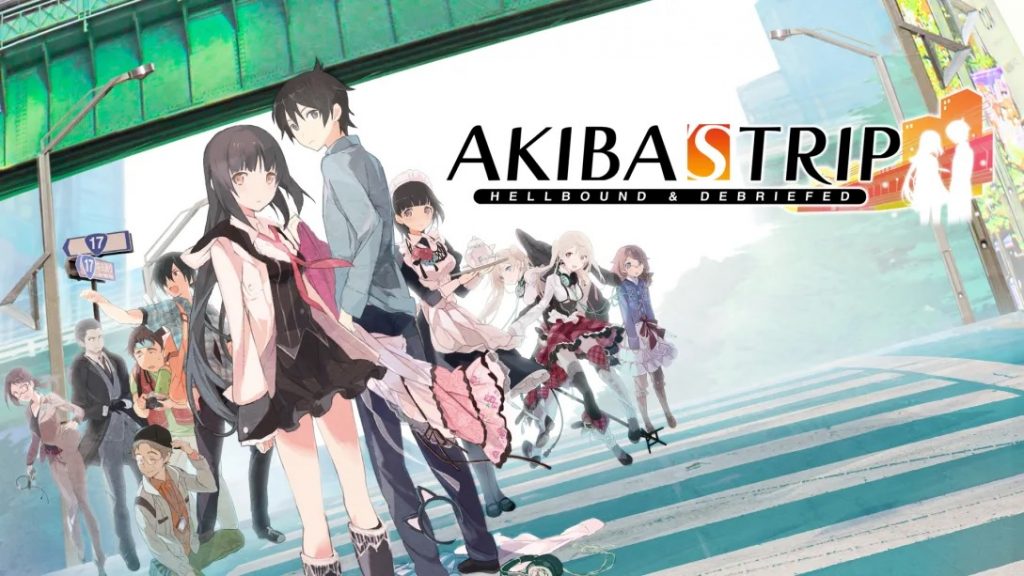 Did you know that there was an Akiba’s Trip game that Western players never got? That the first Akiba’s Trip game to ever release outside of Japan was, in fact, a sequel? Given the fact that the game’s over a decade old at this point, I’m sure that you did! I’m also fairly certain that most of you out there wrote the game off as being forever exclusive to Japan a long, long time ago. I know that I certainly did! It looks like we were all apparently wrong about all of that, though. The original Akiba’s Trip has finally wandered on over to the West under the guise of Akiba’s Trip: Hellbound and Debriefed—and, despite obviously never having played this before, boy does this thing ever feel like a trip down memory lane. 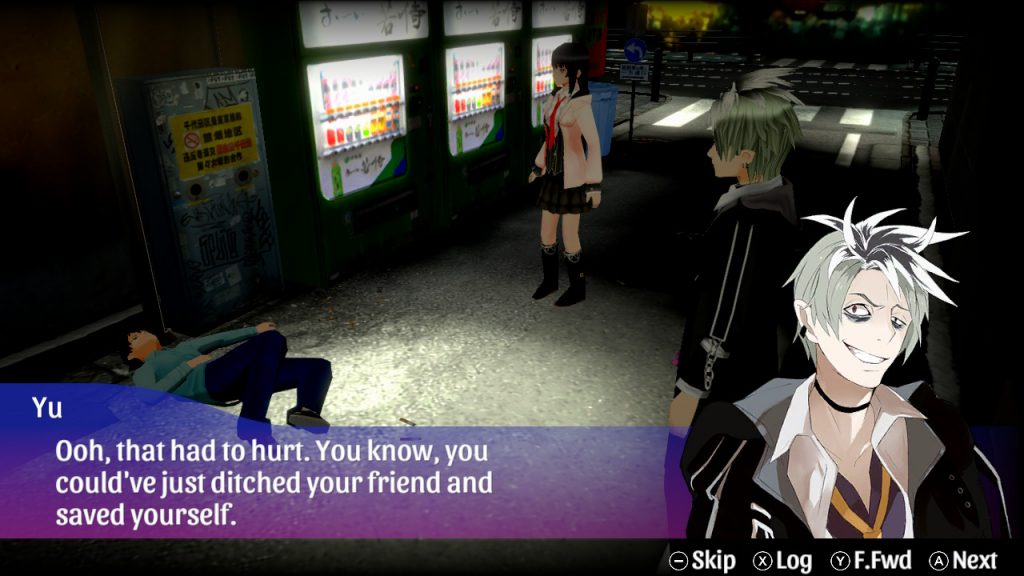 That wouldn’t be a very nice thing to do to my friend, though!

With this being a preview and all, I can’t really dive into the story in the way that I normally do. Instead, allow me to clear up some potential questions that you might have regarding the plot and its protagonist. Much like Undead & Undressed, Hellbound & Debriefed stars a young Otaku named Nanashi who, upon almost being killed, is brought back to life by a mysterious young girl and, in the process, bestowed superhuman abilities which he uses to help save Akihabara alongside a group of other young nerds dubbed the “Akihabara Freedom Fighters”.

Despite this, however, these games have nothing to do with each other. Aside from the major focal points mentioned above, both Akiba’s Trip games function very differently in terms of plot progression (or at least as differently from one another as they can). U&U‘s Nanashi was more of a Vampire’s Thrall. H&D‘s Nanashi, on the other hand, is basically a secret agent. A weird, clumsy, otaku secret agent, sure, but a secret agent nonetheless. Because of this, it feels less like this game is less of a prequel and more of an alternate reality. It’s strange, but certainly not in a bad way. 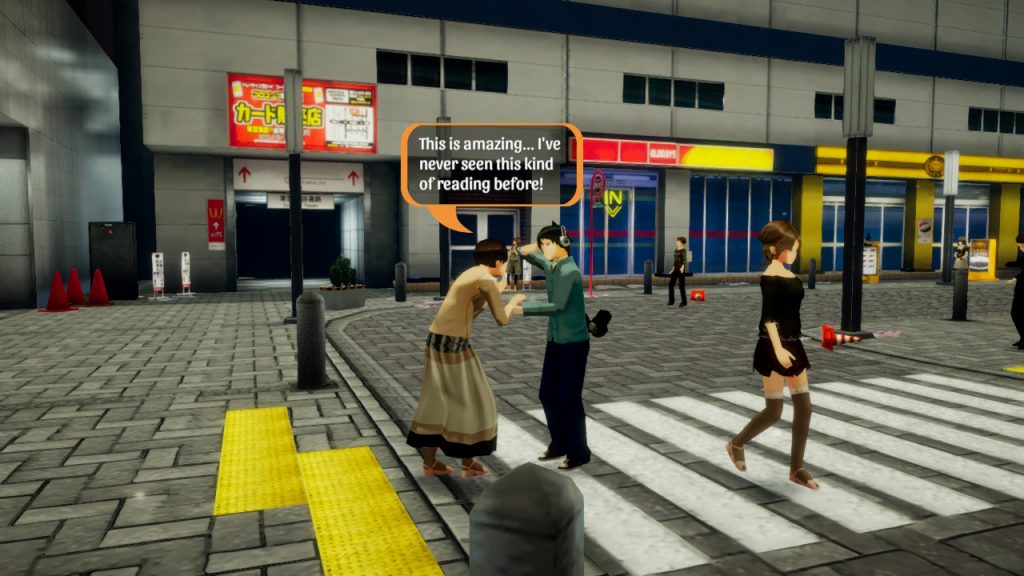 Aw, shucks, I bet you say that to all of the protagonists around here.

If you’ve played Undead and Undressed, then there really isn’t a whole lot that I need to explain to you when it comes to Hellbound & Debriefed. Aside from the game sporting a few different locations from its sequel, fewer locations overall, and forcing the player to use the world map to move from place to place within Akiba (U&U had a more immersive approach), there isn’t anything about H&D that feels remarkably different from its sequel. You walk around, talk to people, take in the sights, and do some shopping… oh, and strip people naked. You know—the kind of Akiba’s Trip stuff that you’re used to!

As someone who loved Undead & Undressed when they first played it, and had just as much fun playing it again a few years back, I’m genuinely happy that I’m finally able to explore the original Akiba’s Trip. Truthfully, however, what it’s done more than anything else is help me appreciate everything that Acquire put into the sequel. I’ll be the first to tell you that there’s absolutely nothing wrong with Hellbound & Debriefed so far, but it is what it is—a predecessor—and its status is something that fans are going to want to keep in mind when picking it up.

A Little Sunlight’s Good For Ya! 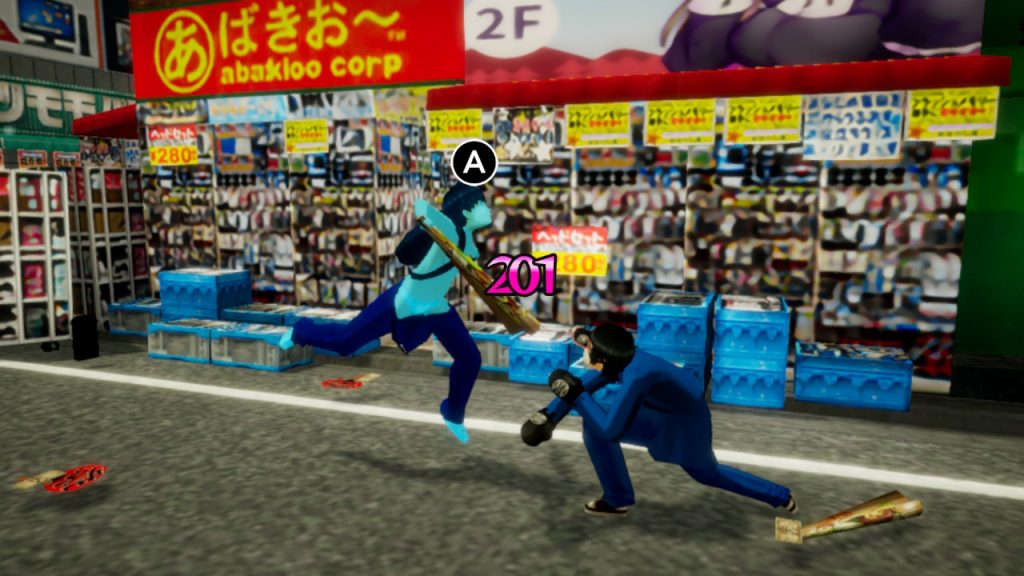 Fortunately, while the overall way in which Akihabara is represented may have backslid a little bit (which, again, is understandable), fighting doesn’t feel any different at all. And that’s probably a good thing, given how simple it is in the sequel. Combat is, once again, all about beating the heck out of enemies with whatever everyday object you can find until their clothes are nice and loose, and then stripping them down to their skivvies (it’s for a good reason, I promise). The mechanics are simple overall, focusing primarily on short combos and basic defense techniques, but the player can utilize some fancier skills if they’re feeling especially frisky, too.

Akiba’s Trip: Hellbound & Debriefed is, without a doubt, a very niche game that will more than likely draw in a very specific group of players. However, as someone who is apparently a part of said group, I’m enjoying it so far. I don’t think that it’s got much going for it that would let it beat out its sequel in any capacity aside from its story, but that’s certainly not anything that’s held me back thus far. I may not have explored all of Akiba just yet, but I’m looking forward to doing so! 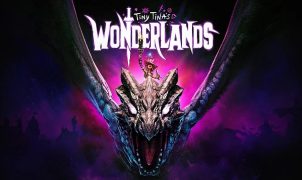 Tiny Tina’s Wonderlands Review: A Delightfully Whacky Spin-Off   I’ve spent countless hours with the Borderlands series. Ever since the first game was released, I’ve found its Diablo but…