If you’ve never heard of Empire of Angels before, don’t feel too bad. I’d never heard of it either until the most recent entry, Softstar Entertainment’s Empire of Angels IV. Although the series has apparently been around since 1993, this is the first time the series has ever made its way onto consoles. The game boasts an all-female cast, and who doesn’t love some fan service-lite when playing a strategy RPG?

Journey Through the Land of Asgard 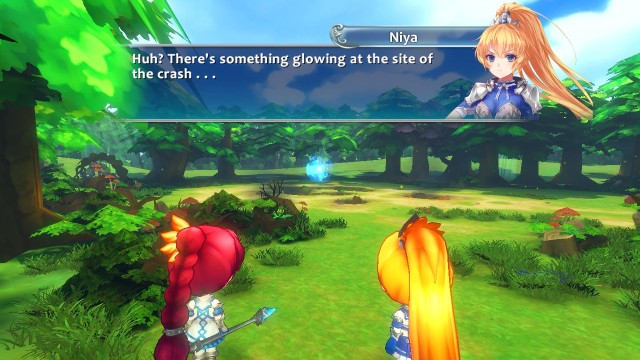 The story in Empire of Angels IV is perfectly enjoyable, if perhaps not anything special. Set in the land of Asgard, a strange plague known as the Namtar Fever is making people across the country go violently mad. Led by the captain of the Valkyrie Kingdom’s legion Niya, the Namtar Investigation Team sets out on a journey to discover what evil is causing the plague. It’s engaging enough to keep you interested and continuing the game. The interactions between the characters are cute and silly, and the dialogue helps keep the story scenes going. My biggest complaint is that the translation is at times… questionable. Particularly in the opening scene, where sentences were broken, incomplete, and/or stilted. The frankly poorly translated opening is an extremely stark contrast to the majority of the game; once you’re introduced to the characters, the translation seems perfectly fine, aside from annoying (but fairly small) errors here and there. 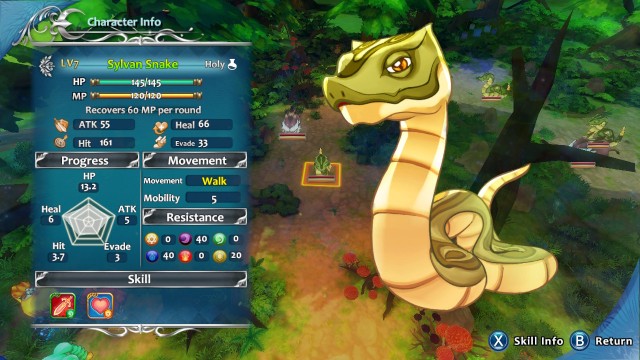 Being a strategy RPG, you would expect the combat in Empire of Angels IV to really be the star of the game. Unfortunately, some strange design choices make much of the combat aspects of the game fall flat. Even worse, the shortcomings in combat are apparent from your very first battle. The basics of combat are straightforward: each stage is laid out on a grid, and characters have a set movement and attack range. Great! It’s a classic setup for the genre and I think it works well. It works perfectly fine for Empire of Angels IV, as well. Save for one glaring error/omission: there is no way to check the enemy’s range easily, and there is no way to determine their attack range. If you’re used to games like Fire Emblem or Advance Wars where you can hover over an enemy unit and see at least their movement range, you’ll be sorely disappointed here. If you want to figure out how far an enemy can move, you’ll have to look at each individual enemy’s stats, and manually count it out. Looking at their moves, however, often won’t tell you the attack range.

This shortcoming is, at least, not a dealbreaker for the combat system overall. It’s saved by the wide variety of classes available to each character. In fact, one of my favorite parts of this game was the ability to follow branching job classes and try out a variety. There are three basic classes – infantry, cleric, and archer. From there, they branch out into two options, and from then each of those branches into two more. There are four levels of class advancement total, and the final level is unique to each character. Some of them are expected – the missionary heals, the warrior deals a lot of damage, the knight has great movement on their horse. But then you also get classes like the performer which hurl an apparently uber-heavy beachball to flatten enemies, and the cannoneer, who hauls their cannon around the battlefield, occasionally shooting themselves from it to cause massive damage. 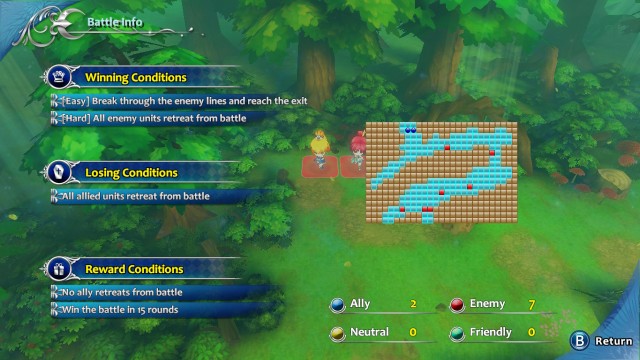 Combat is further saved by the variety of objectives given for any particular map/level. You’re typically given both an easy and a hard objective. These are pretty self-explanatory: easy objectives are typically more simple and easier to achieve, while the hard objectives are typically quite challenging. In addition to the objectives, there are battle conditions, which typically involve ensuring that certain team members don’t fall in battle. Finally, there are bonus conditions, which can vary quite a bit. From purifying enemies to making sure no team members are knocked out to unlocking every chest on a given map, you’ll usually be given one to three bonus conditions to try and meet. You’ll definitely want to do your best to achieve as many as possible, as it will determine how much money you get at the end of each level, as well as how much “merit” you receive. Both money and merit are necessary for advancing your units to new classes. 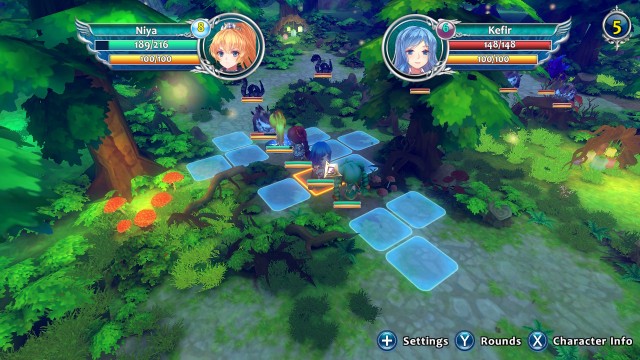 The art style of Empire of Angels IV may not be anything particularly special, but it is quite cute. Yes, it looks like an upscaled mobile game, but it actually works pretty well for the game’s style and humor. The characters are adorably chibi-esque, and while the environments occasionally feel a little repetitive, they’re still done really well, with a nice attention to detail. The music is catchy, but it’s also really quite repetitive. The character art is drawn quite nicely, and doesn’t lean into the fan service quite as much as I expected. Overall, the artistic direction of this game is solidly okay.

A Perfectly Enjoyable Strategy RPG, But Lacks That Oomph

Empire of Angels IV is a perfectly fine game. But you may have noticed that’s a recurring theme of this review; the combat is okay, the story is okay, and the artistic direction is okay. The game does everything just fine, but it doesn’t particularly excel in any one area. If you’re looking for a nice casual game with a pleasant level of challenging content, but aren’t looking for anything deep and engaging, I think you’ll enjoy this game. You can pick up and play whenever without really forgetting much of the story or what you’re doing.

Full disclosure: This review is based on a copy of Empire of Angels IV given to Hey Poor Player by the publisher.

Alchemist Simulator: fire burn and cauldron bubble Although it seems like there’s a new simulator title every week, it feels like there’s a dearth of games focusing on alchemy. Alchemy…