Alex Kidd In Miracle World DX Review: Alex Is Back, And He’s Happy To Be Here! 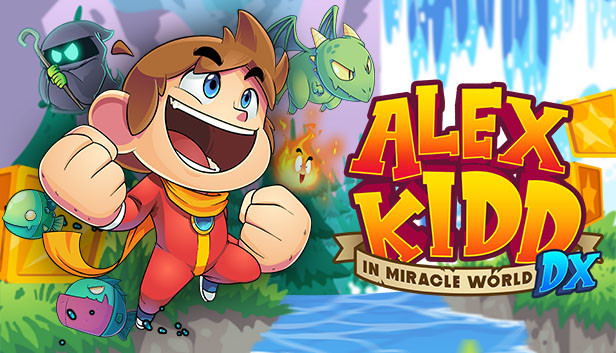 For any person that was born in the 90s or later, it is likely difficult to imagine an era in which Nintendo didn’t have Mario and Sega didn’t have Sonic the Hedgehog as their respective mascots. However, before 1991 and the creation of the Sonic character, there was another little-known character that represented Sega in the eyes of Sega Master System fans. That character was a short and large-eared adventurous tyke by the name of “Alex Kidd,” and he went on many adventures across various lands, including Shinobi Land and an Enchanted Castle. His first and possibly most popular title was called “Alex Kidd in Miracle World.” The fine folks over at Merge Games and JankenTeam saw fit to bring this little scamp into the modern age with the release of “Alex Kidd in Miracle World DX” – a revisit to Alex’s very first adventure complete with a gorgeous graphical overhaul that interchanges with the original style at the press of a button. As someone that never managed to experience this game firsthand despite hearing about it constantly from my Master System owning grade school friend, I was more than ready to give this game a solid try. And what better way to try a game out than to give it a hearty and thorough review in the process?! 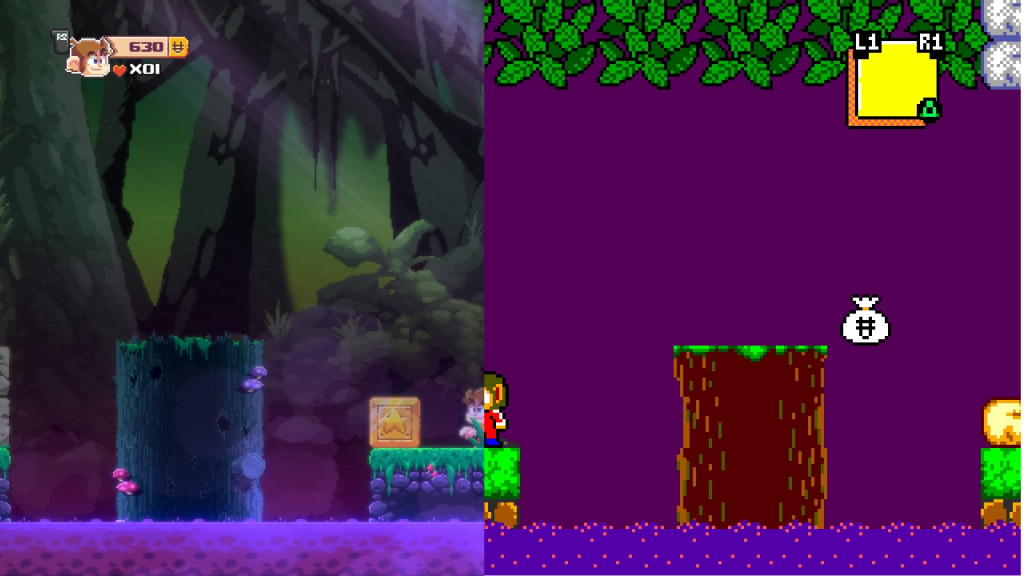 The adventure takes place in the form of a 2D side-scroller that sees the titular hero leaping through a linear sequence of levels on a mission to rescue the kingdom of Radaxian from the evil Janken the Great and his three commanders. Unfortunately, Alex doesn’t come particularly well-armed for the task, with only his trusty oversized fists available to him for throwing punches at any foe that would dare stand between him and his objective. Fortunately, hidden within destructible blocks littered throughout the game’s stages are usable items that can help turn the tides in problem spots, such as a ring that grants a projectile attack. Varying sacks of money can also be located, which can be spent at various shops that appear at the beginning of some of the stages. These shops can occasionally offer vehicles, items, or extra lives for purchase. Unfortunately, there’s also a chance of uncovering a grim reaper that will follow Alex around until it is either makes contact and kills him or is scrolled off of the screen.

Cash Out! Why Walk When You Could Fly? 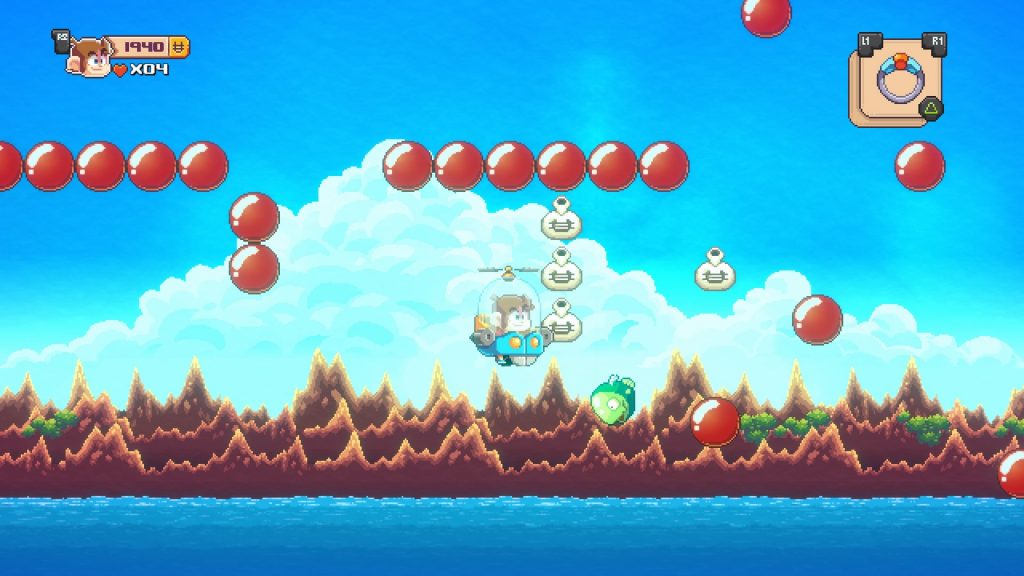 The stages themselves tend to run the gamut of typical vertical/horizontal scrolling stages, vehicle stages where Alex is piloting either a motorcycle or flying propeller bike purchased from the shop, underwater swimming stages, and even an occasional multi-single screen dungeon in the form of castles. Some of these levels culminate with a boss battle, leading to one of my three gripes with the game. Boss battles in this game take place in the form of best 2-out-of-3 JanKenPon (rock/paper/scissors) matches. If the player manages to win the battle, then they move on, but if they lose, then it is an instant loss of life and a need to retry the battle. From what I could tell, the battles follow a pre-scripted pattern, so trial and error will see players through, but that doesn’t make these battles any less annoying and fairly anti-climactic.

Good Ole Rock! Nothing Beats That! 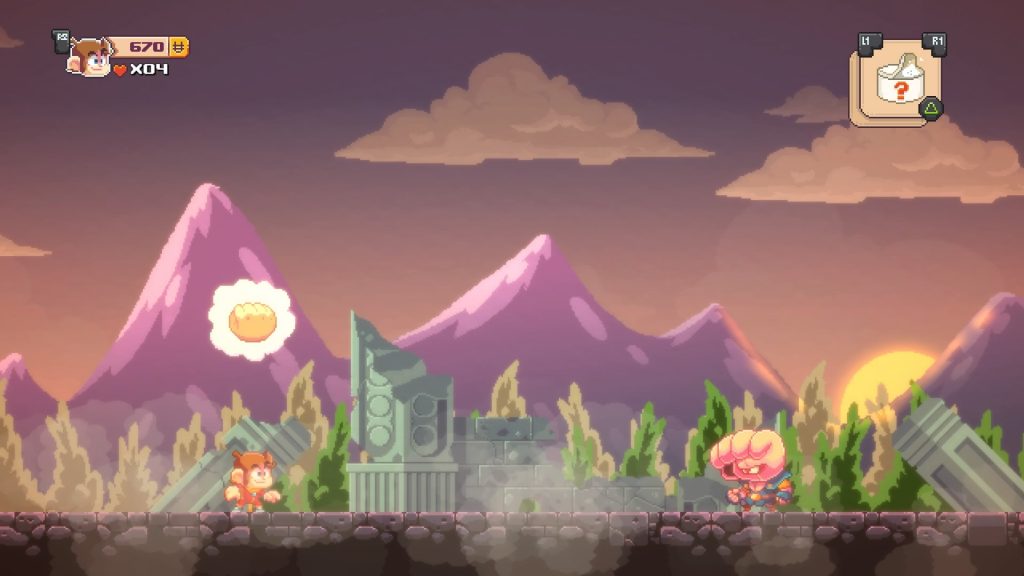 The second gripe that I take issue with in this game is the controls and attack hitbox. For some reason, they just feel particularly slippery or loose. On quite a few occasions, I found myself challenged with performing a precise and tight jump because I’d end up slipping off the edge of the block before registering the jump press. I wager that this control registry lag was present in the original game, but I would have hoped that the remake would have addressed this by making the controls a bit tighter, but this was unfortunately not the case.  Given that the game allows for the player to switch between the classic and new graphical styles at the press of a button, it is unfortunate that the actual gameplay is mired in the past while the audio and visuals were treated to the gift of being updated. And while the graphical update looks beautiful, one place where I felt that it hindered things was in judging the hitbox of Alex’s punches. The new art added a bit of definition to his punching hand resulting in a small window that looks like it should count as a blow but actually doesn’t. Due to death coming in the form of one-hit kills, a whiffed punch can make the difference between life and death. There were actually a few encounters where I intentionally switched to the retro view to better establish my punching precision.

Lastly, the third gripe is one that I have the most difficult way of putting into words as it is also the most personal one. In a nutshell, I never particularly found myself to be truly excited for any of the stages that I came across. It isn’t that it is a bad game in this context but more like I never felt that sense of excitement or anticipation for what lay ahead on the next screen or stage. It is certainly one of those moments where I found myself questioning if I would have felt differently coming into this release with the nostalgia of having experienced the original game in the 80s. 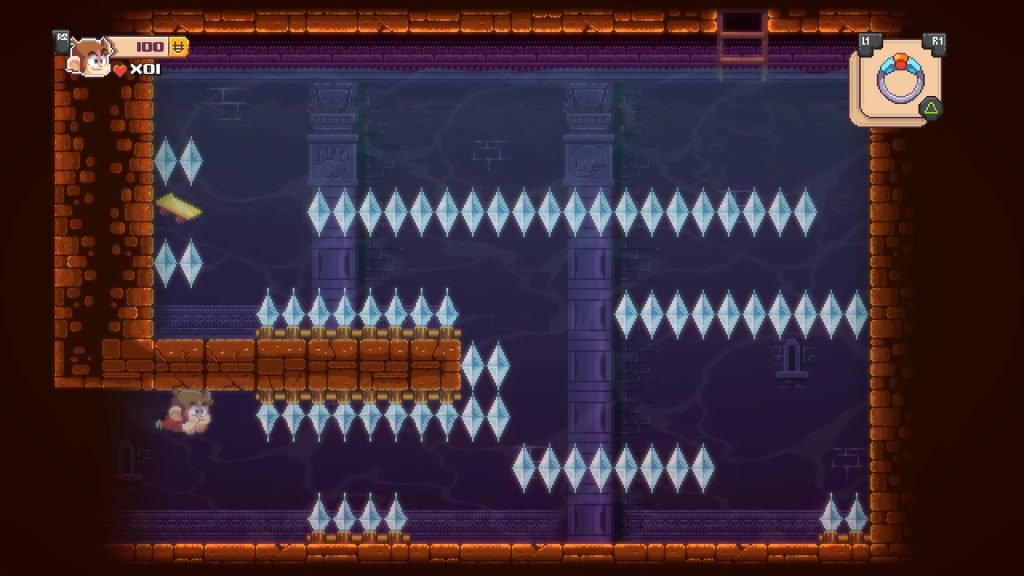 Despite its cartoonish looks, this game bears a surprising amount of difficulty behind its sleek veneer. One-hit kills abound, and it isn’t out of the ordinary to face a death on account of something like loose platforming controls, a poorly played JanKenPon round, or misjudging the hitbox of Alex’s punch attack. And closer to the end of the game, there are also a few sections where players will likely die due to trial and error as they attempt to hammer out what they need to do to get past a particular room obstacle.  If players were limited solely to their inventory of lives, then this would make for an extremely frustrating ordeal. Fortunately, the developers opted to respect the player’s time by allowing for unlimited continues – each one placing Alex Kidd at the beginning of the stage where he took his last breath sans any money that he collected. And, if this isn’t enough, the option for unlimited lives has also been included.

Thanks to those aforementioned features, any player with an ounce of determination will have the means to eventually see the curtain call for this adventure. Upon completion of the game, two additional game modes become unlocked for player access. The first one is “Classic Mode” – a 1:1 revisit of the original Alex Kidd in Miracle World complete with original level design and aspect ratio. The second mode is “Boss Rush,” – which is a sequential replay of all of the boss battles in the game in the form of a JanKenPon stage tournament. Aside from these, there’s the option of replaying the base game in pursuit of acquiring all of the hidden stage collectibles.

Your Value May Vary 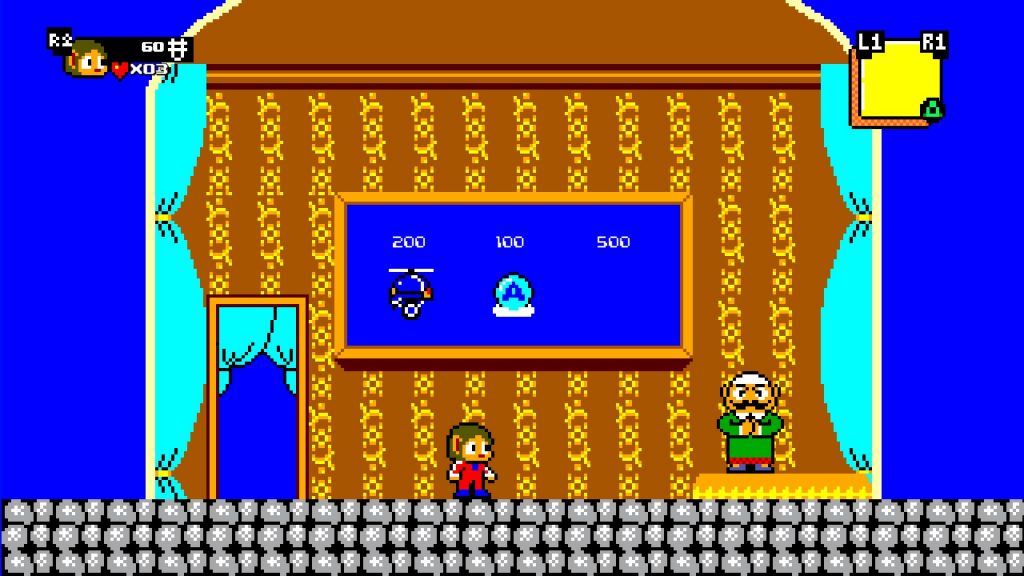 Alex Kidd in Miracle World DX places me in a bit of a difficult position. On the one hand, I feel fairly confident that fans of the original game will be able to come into this and receive a heaping helping of soul-warming nostalgia. The graphical updates are pleasing to the eye. The updated music may not always carry the game’s tone that it is playing over, but it still sounds great. And there are even a few added levels and slight tweaks to previously existing ones to surprise players. For those people, my numeric rating would be more likened to a 4 out of 5. However, for folks like myself that are experiencing this for the first time for any reason other than a history lesson will be confronted with annoying controls and a somewhat serviceable but unexciting adventure that, in this reviewer’s opinion, didn’t quite stand up to the test of time.