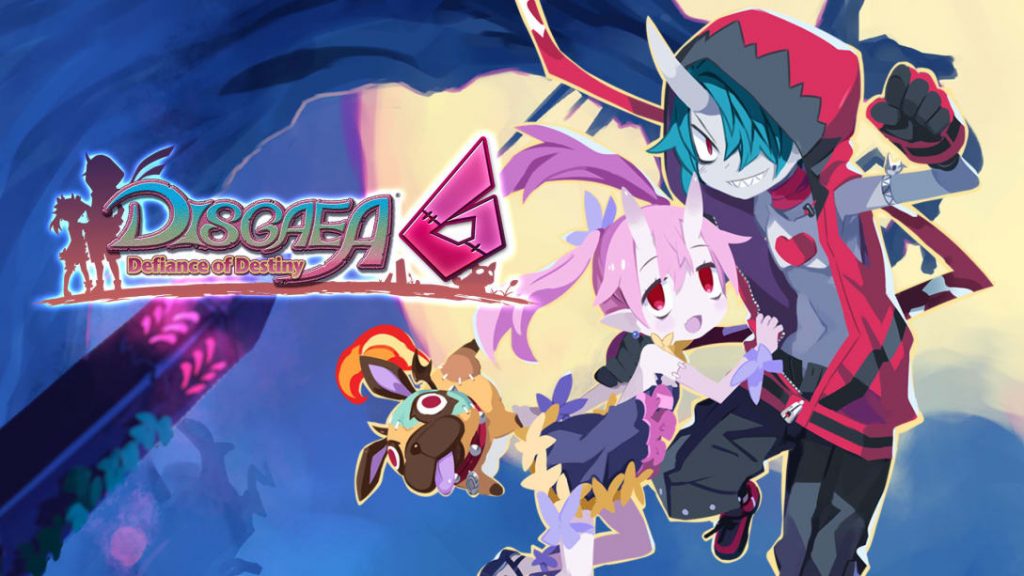 The Disgaea series has slowly been improving since its inception. Over time, we’ve seen the inclusion of new mechanics and gameplay features—and even some quality-of-life enhancements when older titles were re-released—and I’d say that we’ve been all the better for it. While there are some series whose potential changes make me nervous, I generally look forward to what each new Disgaea game has in store. Naturally, the same sentiment applied to Disgaea 6: Defiance of Destiny, and you can bet that I was ready to dig into this game like a brain-starved zombie into a fresh corpse. But, to my dismay, the feast of Disgaea features that I was expecting, in the beginning, wasn’t there—and it never arrived.

I’ve been a Disgaea fan for a long, long time, so saying certain things in this review won’t be particularly fun for me. But, it’s something that I’ve got to do. And, to begin with, I’ll tell you this; as an SRPG, Disgaea 6 is just fine—good, even—but as a Disgaea game, it’s very lukewarm. NIS streamlined the absolute bejesus out of this game and, as a result, removed so many features that I feel like we’ve almost backslid into Disgaea 1 territory in terms of simplicity. It’s going to be a bumpy ride for any and all Disgaea fans out there, but I really feel like you should know what you’re getting into before you pick this one up.

Zombies Literally Only Want One Thing, And it’s Absolutely Disgusting. 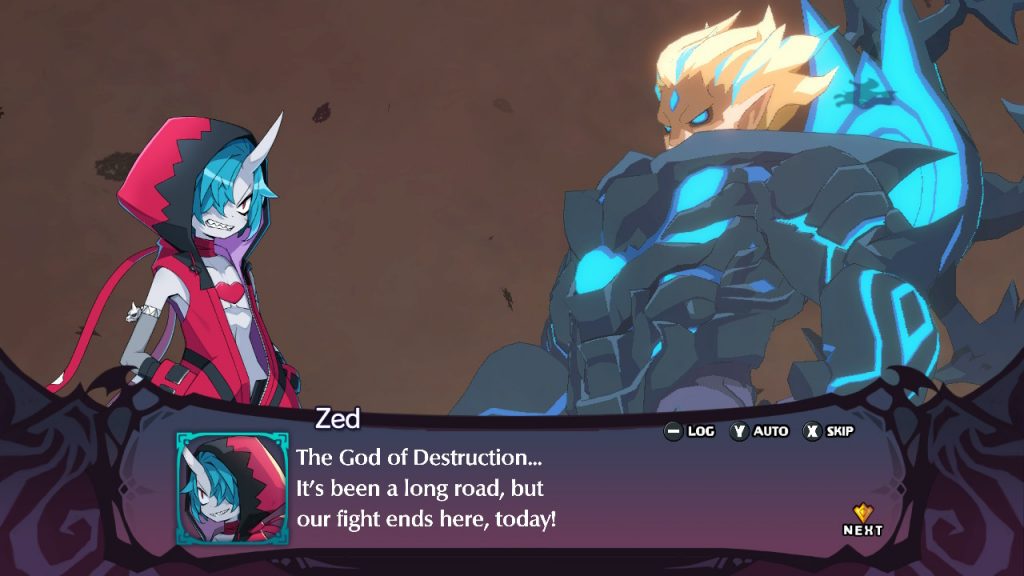 Yeah, sure, whatever you say, man.

While Disgaea games of the past primarily focused on powerful demons, or even overlords (with the exception of Disgaea 2‘s “human” protagonist), Disgaea 6 flips the script by shining the protag spotlight on the Netherworld’s dregs… no, not Prinnies, they already had like, two games. Zombies! I’m talking about zombies, sheesh. And the grimy, undead hero of this game is none other than Zed—a zombie who wishes to become strong enough to kill the currently rampaging God of Destruction. On his own, that wouldn’t be possible. However, thanks to the help of his magical pug friend Cerberus, Zed can use a technique known as “Super Reincarnation” to come back stronger every time he dies. And he has died a lot.

As far as Disgaea plots go, Disgaea 6‘s feels incredibly single-minded. While unifying the entire party toward a single objective has always been something that occurs within every Disgaea game, none of Zed’s allies join up with him for any particular reason; he just so happens to Super Reincarnate into their world and, much to his chagrin, drag them along with him the next time he Super Reincarnates somewhere else. While this does make Disgaea 6‘s plot feel truly unique from any other Disgaea game’s, it also doesn’t hold together quite as well because all of Zed’s allies feel less like people (or demons, etc.) and more like living props to help the story move along. 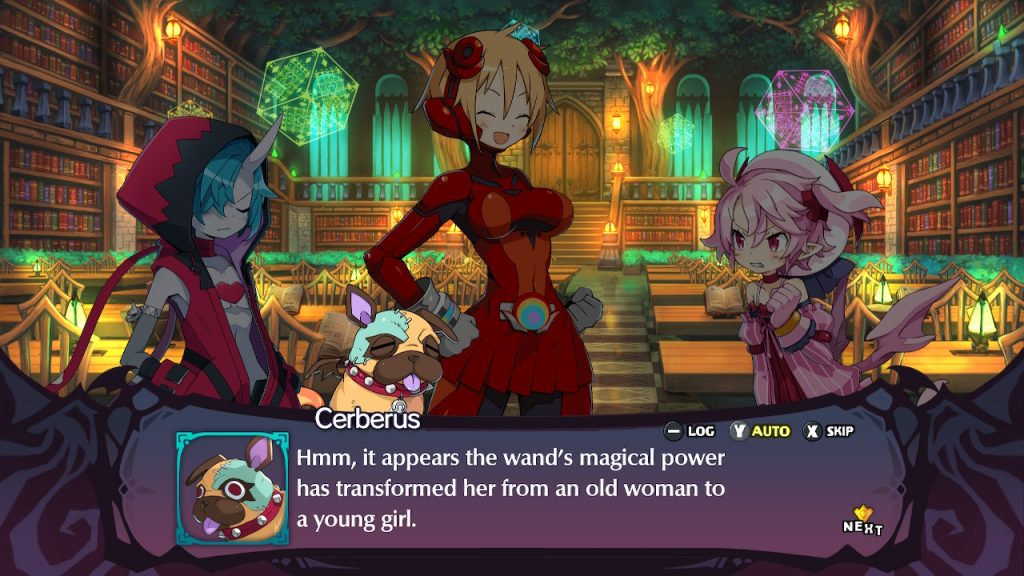 Only a game like Disgaea could do something like make the overused “10,000 magical girl” trope feel fresh and funny, again.

Fortunately, despite feeling like props in terms of their relation to the story, the characters themselves are great. While the fact that the main cast features a protagonist on the absolute bottom tier of the Netherworld social hierarchy surrounded by a group of elites—a king, a princess, the leader of the Prism Rangers, and the principal of a prestigious magic school (plus someone else equally fitting in the post-game)—their general vibe feels notably different from past Disgaea casts. That’s not to say that past groups all felt the same—Disgaea 4 will probably always have my favorite group of characters, realistically—but the slightly mellower approach (emphasis on “slightly”) was nice for a change.

I’m Not So Sure About This, Dood 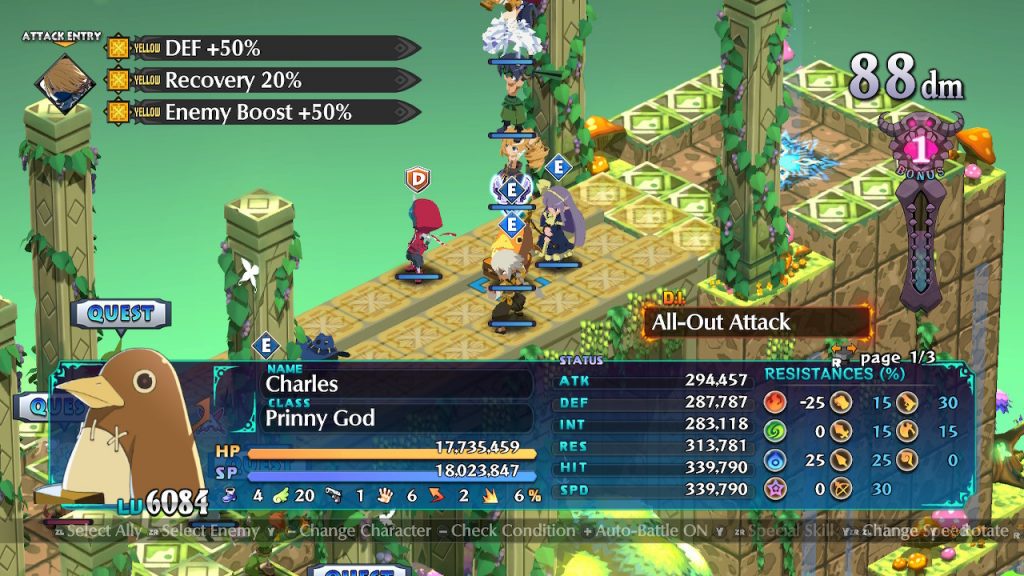 There are basically no differences between humanoid and monster characters now.

I’m glad that I got to spend that last paragraph talking about how much I enjoyed Disgaea 6‘s characters because, now that we’re taking a look at actual gameplay mechanics, things are going to start getting a little bit awkward. As I eluded to, in the beginning, Disgaea 6 removed a lot more than it added in. Or, rather, it streamlined things to the point where it felt like things were taken away. Before you start worrying too much, I can assure you that the basic skeletal structure of Disgaea is still there and works just the same as always. I’d also say that this game has some of the most well-designed levels in the entire series. But that’s about all of the praise I can heap on for now.

Honestly, I’m not even sure where to start when it comes to the streamlining issue, so I’m just going to begin by referencing some things in the picture posted above. For as long as the series has been alive, humanoid and monster-type units have had notable differences from one another. These included things like the equipment they could use, whether or not they could lift units, and in the later games, whether they could do things like Fuse, Magichange, and use mon-toss. Well, Fusion, Magichange, and mon-toss are gone, and all units now operate like humanoid units. Aside from Prinnies still exploding, everyone operates the same. And, on top of that, there’s no more need to level up your tower skills—you can use attacks, skills, and even move without penalty while holding a group of 10+ characters above your head. Evilities still exist, though! 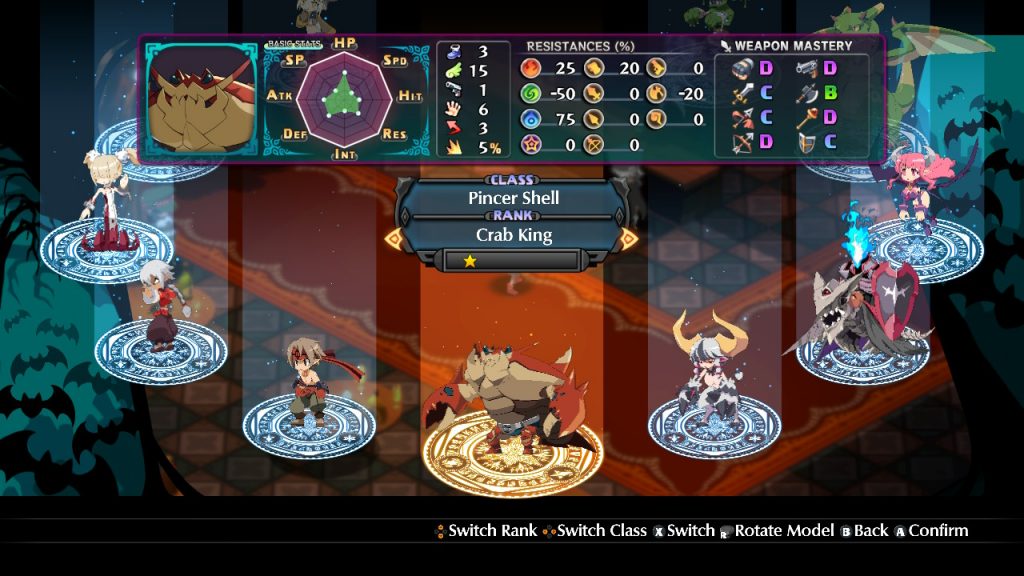 One hand giveth, the other hand taketh a disproportionate amount away.

Things don’t get any better when it comes to character classes. Not only did Disgaea 6 take away plenty of pre-existing classes (this is most notable when it comes to monsters), but they also combine classes—specifically, classes with gender variants. The fact that the previous classes—such as the spell-savvy Mage and Skull, who could cast for less MP or do more damage with spells—have now been reduced to extremely generic class archetypes feels like a slap in the face to anyone who’s been following the series. While I understand that they might want this game to be more approachable to newcomers, I don’t think that shedding the original Disgaea identity—the one built around zany character builds and high levels of customization—is the way to do it.

Finally, there’s the fact that this game only has one boss—the God of Destruction. It’s no secret that Disgaea games re-use assets, and that’s just fine. I’m A-OK pretending that a palette swap of a warrior is someone special on occasion, but what I’m not okay with is fighting the same boss at the end of every single chapter throughout the entire duration of the game. Aside from the fact that it levels up, I didn’t notice any changes whatsoever throughout these fights. It’s just the God of Destruction by itself at the end of every world. And, no, things don’t get a whole lot better during the post-game. It’s boring, it’s easy, and it gets old really, really quickly. 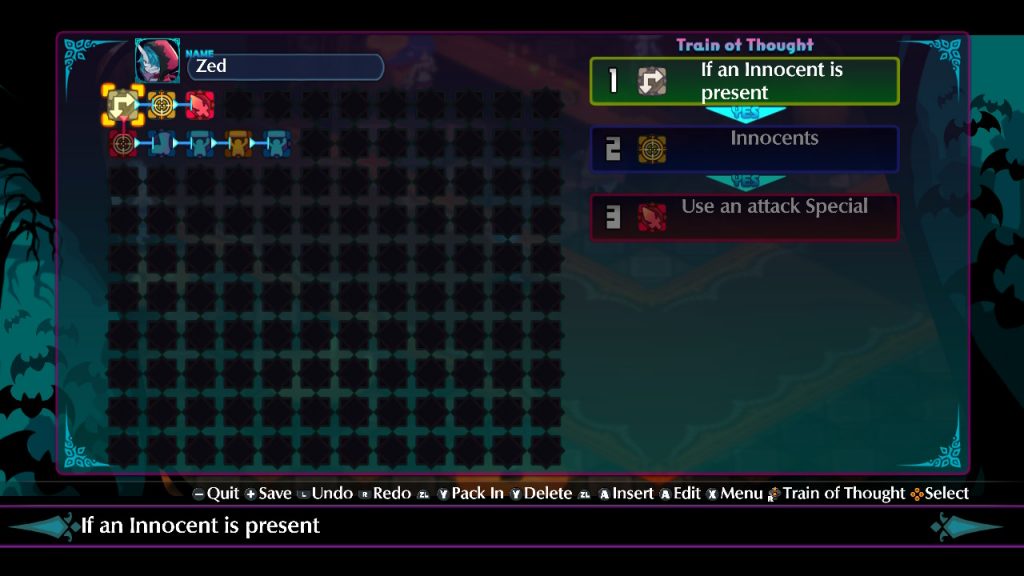 Advanced A.I. options are neat, but do they really belong in a series like Disgaea?

This game took a lot of things away from the player in the form of streamlining, but there is one thing that the game added; autoplay. But it’s not just any autoplay that they added—Disgaea 6 really went all-out to make sure that things go exactly as planned should they hand the reigns over to the A.I. While you can turn on autoplay at any time and have your characters aggressively attack enemies at lightning speed, Disgaea 6 also includes a feature known as “Demonic Intelligence.” A customizable feature that can be upgraded over time via the Dark Assembly, Demonic Intelligence lets you create AI subroutines for all of your characters exactly as you see fit. Furthermore, there are options for almost everything (I think the only thing I couldn’t get the game to work out was advanced tower/throwing mechanics). Neat, huh? Well, no, not really.

While the idea of having A.I. assistance isn’t something I’m against, including something this advanced in a game like Disgaea absolutely ruins it. Thanks to Demonic Intelligence, you can literally play the game start to finish without lifting a single button and can auto-grind thousands of levels in your sleep (because leveling up is also insanely easy in this game). I’m sure that some of you are just thinking, “well, I can ignore it,” and that’s fine, but the game doesn’t seem to want you to. It reminds you about it many times—at times straight-up telling you to go do something else while the game grinds for you—and even posts quests in the Quest Shop to complete a certain number of levels using auto-battles. I don’t know why NIS wants players to actively not play Disgaea 6 so badly after purchasing it, but this all feels incredibly strange and doesn’t fit in well at all with the Disgaea legacy.

I suppose it’s fitting that Zed should be the protagonist of Disgaea 6: Defiance of Destiny because, much like a zombie itself, this game feels lost and incomplete. I know I’ve been harsh, but none of this has been fun for me. I wanted Disgaea 6 to be the best Disgaea yet. But it isn’t. What makes this even more ironic is that Disgaea 6, by normal SRPG standards, is fine. It’s really not bad at all. But Disgaea games have never been “normal SRPGs.” They’re Disgaea games. And, as far as that’s concerned, Disgaea 6 can’t so much as hold a candle to its predecessors. That’s not something that I can overlook so easily, especially after a six-year wait.

Full disclosure: This review is based on a copy of Disgaea 6: Defiance of Destiny given to Hey Poor Player by the publisher. 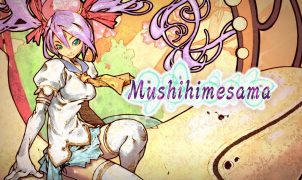 If you’re curious about Cave’s shoot ’em ups or are a veteran flyboy looking for a robust addition to your Switch library, don’t hesitate. Mushihimesama is a must-buy.