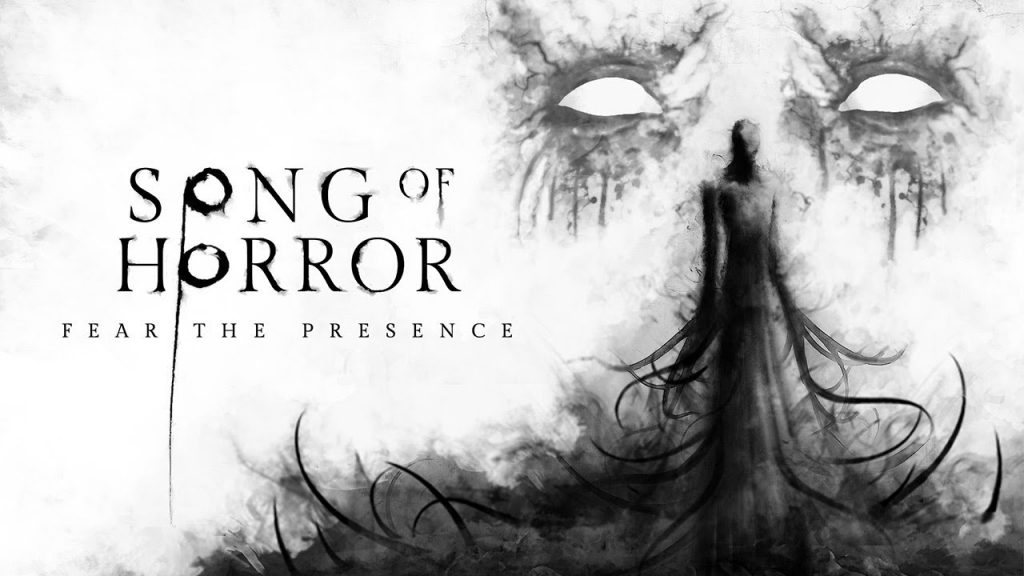 I love horror games. I’ve been playing them for as long as I can remember. And, while they might not be as scary as they once were, I still find them just as charming as they’ve always been. To be fair, I can be a bit of a mindless consumer when it comes to horror games—it tends to stagnate as a genre from time to time, so I don’t mind taking what I can get. But I still very much appreciate ingenuity when I see it. And I could tell that there was some ingenuity going on with Song of Horror going on from the moment I first laid eyes upon it. And, I can happily say that there was! But there was something else that this game brought with it that I wasn’t expecting—and it was something that ultimately shaped how I had to approach this review. …More on that later, though.

It Began With a Song 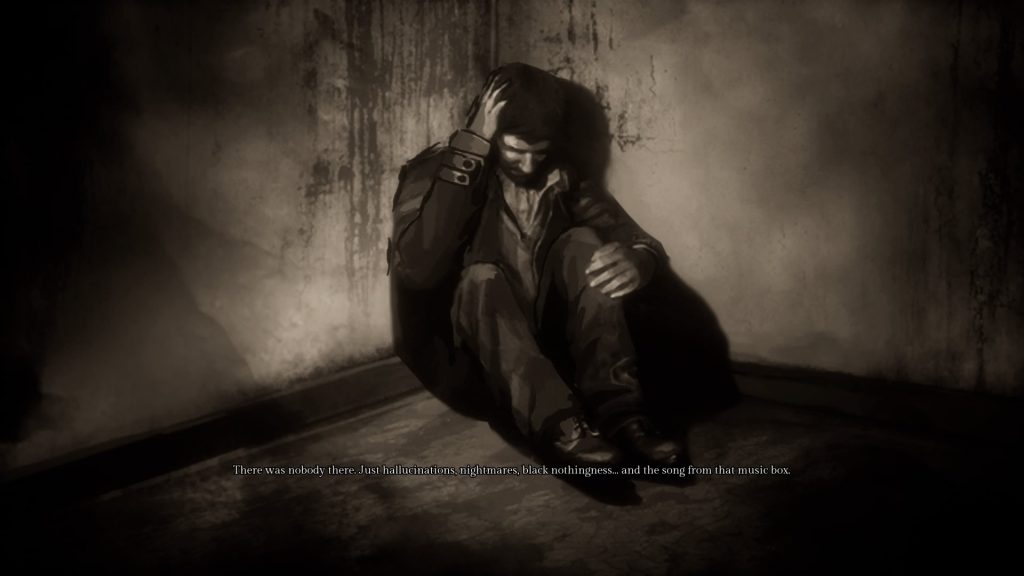 Surely things can’t get much worse from here!

Song of Horror‘s story is a multifaceted one that branches out into around a dozen different narratives (albeit not at the same time). However, in the beginning, Song of Horror simply focuses its attention on one individual; Daniel Noyer. An assistant at a publishing company, Wake Publishing, Daniel is sent to the house of famous author Sebastian P. Husher to check up on Husher after several failed indirect attempts to make contact. Unfortunately, showing up at Husher’s mansion was absolutely not the correct decision. Upon entering Husher’s mansion (which was not at all locked), Daniel immediately finds himself irresistibly drawn toward the sound of a music box—so drawn, in fact, that he follows it to a literal point of no return within the house, thus rendering him a missing person as well. Talk about irony, huh?

From there, things get a little less rigid. Structurally speaking, Song of Horror is split up into five different chapters (it was originally an episodic game, in case you were wondering!), and the main objectives of each chapter remain the same. The subtleties of the story, however, are much more malleable depending on who is doing what. For example, while all four playable characters have a reason to venture into the Husher mansion—and they all find the same *ahem* “thing” at the end—their reasons for entering differ greatly. Did you choose Sophie? Obviously, she’s heading there to look for your missing ex-husband, Daniel! But Alina? She’s literally just there because someone needed a technician to perform some maintenance on the house. 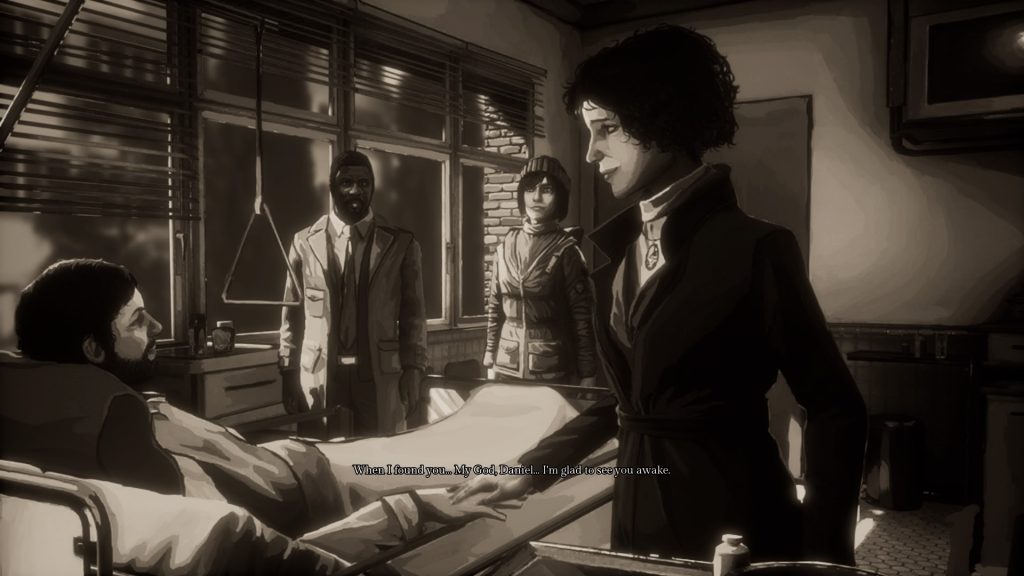 Certain parts of the game play out differently depending upon the player’s choices and actions.

The idea that, through the selection of different characters, can essentially choose how you got into each situation within Song of Horror is honestly kind of profound, and it’s not something that I recall ever seeing in a horror game before. While it, to be fair, doesn’t exactly affect what goes on in terms of the overarching story, it greatly enhances the replayability of each of the game’s chapters because each run can quite literally be seen with a new pair of eyes. Admittedly, some of the characters’ stories make a little more sense than others (this is mainly true of characters who just happen to “get caught up in things”), but it’s still a great concept and is pulled off well overall.

Can’t Take My Eyes Off of You 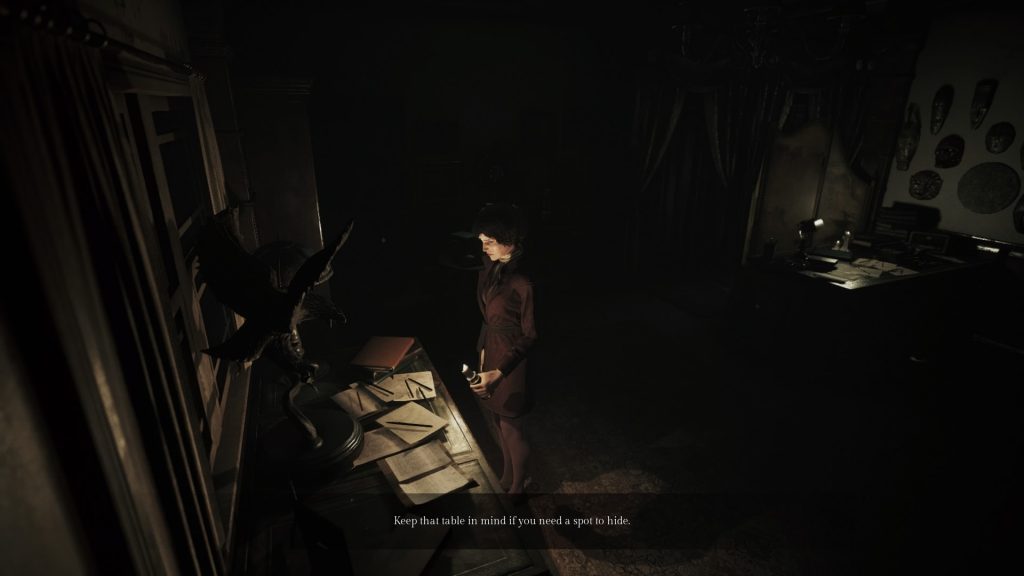 Exploring every nook and cranny could save your life someday!

By all accounts, Song of Horror is very much a contemporary take on the classic horror titles of the past—and a good one at that. The game’s premise remains largely the same throughout its five stages, with gameplay largely focused on exploration and puzzle-solving. In terms of pacing, I’d say things are solid overall. Exploration is handled very well, and there were only a few puzzles that I can say that I didn’t actively enjoy while I was solving—and that was just because I didn’t happen to like the particular puzzles that I was dealing with. Song of Horror was generally very consistent about keeping its puzzle-solving antics challenging without veering off into being obscure.

If you’ve played older horror games, specifically classic titles like Alone in the Dark or Clock Tower, I’m sure you already know the general vibe of this game—as well as why it has the potential to be so scary; vulnerability. Regardless of your chosen character, you’re not playing as some kind of hero or heroine. The character is just an everyday person trying to make sense of what’s going on—just like the player themselves! This player character normalcy is also coupled with the game’s titular antagonist, known simply as “the Presence,” and you can bet that I am not talking about the kind that comes neatly wrapped in a box with a pretty bow on top. Oh, wait… that joke doesn’t work in a written review, does it? Bah, whatever, let’s keep going! 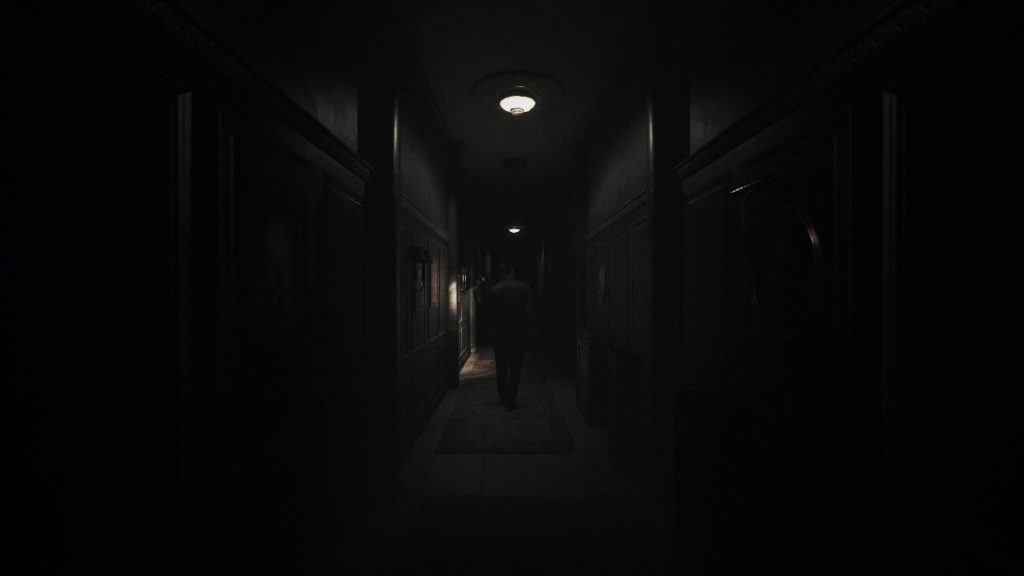 This hallway sure is a lot longer right now than it was a few minutes ago.

Compared to a lot of other horror games, especially more modern ones, the Presence has a very particular feel to it. As an incorporeal form that can manifest itself seemingly at will, the Presence appears to revel in the fact that it doesn’t need to constantly chase the player around to terrorize them, nor to kill them. While I can’t completely say for sure how it works (it is invisible for a lot of the time, after all!), it feels as though it’s constantly following you while carefully scrutinizing your every move. Then, it starts messing with you when it feels like it (which is actually determined by several different factors, from what I can tell).

Rather than just throwing a giant monster at the player, the Presence, more often than not, tries to mess with the player psychologically. Oftentimes this comes in the form of cognitive distortion—rooms will shake, freeze over, rot, and so on. Unfortunately for you, however, this stuff isn’t just “all in your head.” Despite all the Presence’s trickery not having any kind of effect on the player initially, you actually can die from whatever’s going on. You’ve got to get away from whatever’s going on, and you need to do it ASAP. But the Presence wants you to do that, too—nine times out of ten, it’s messing with you in the room that you’re in and waiting behind several doors in your immediate vicinity (good thing you can hear it through doors!). You’ve got to make decisions quickly while also remaining calm. It’s a very strange feeling, and it doesn’t help that your character on-screen is actively freaking out about whatever’s happening, but the kind of intensity that comes with these “Presence attacks” isn’t quite like anything I’ve ever experienced before. To be fair, the Presence does throw some more “physical threats,” shall we say, at the player, too, but more psychological ones are my favorite by far.

A Presence Which Transcends Boundaries 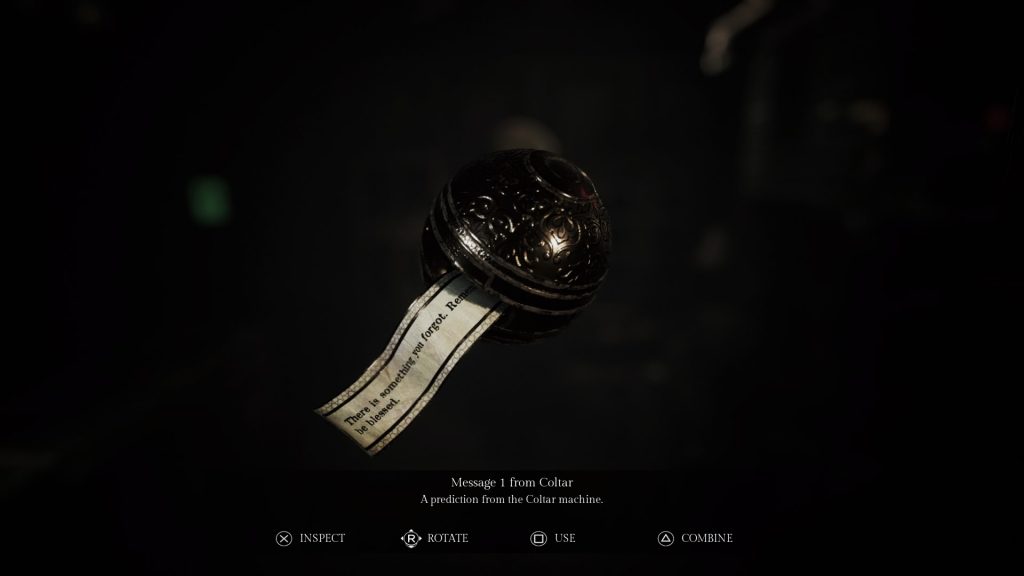 I’m not really sure what picture to include in this section, so I figured that an ironically fitting fortune would work just fine.

For the sake of being candid, dear reader, allow me to tell you that I did not beat Song of Horror. I got through a pretty good amount of it but eventually had to put it down because I, in all seriousness, was too nervous to continue. Ironically, however, it was not any horrors that lurked within the game which forced me to quit midway through my journey, but, rather, a bug that not only crashes your console but supposedly has a chance of permanently damaging it. While I thought about including this earlier in the review, I didn’t want it to immediately color your perception of this game because I really did like it. Sure, it’s literally dangerous to play right now, but if they can fix all of that nasty stuff, then it’ll be a real charmer of a horror game!

As strange and unprofessional as it sounds, I’m going to tell you that Song of Horror is only getting a sub-par score because the developers allowed such a dangerous bug to both exist and hang around as long as it already has. The game itself is an incredible homage to classic horror games with just the right amount of modern-day infusion to allow things to run smoothly (when they are running, that is). Bug-free, Song of Horror is scary for all of the right reasons and is absolutely worth checking out. However, in its current state, I’m not so sure that it’s scaring players in the way that it intends to. At least the PC version supposedly works just fine!

Full disclosure: This review is based on a copy of Song of Horror given to Hey Poor Player by the publisher.