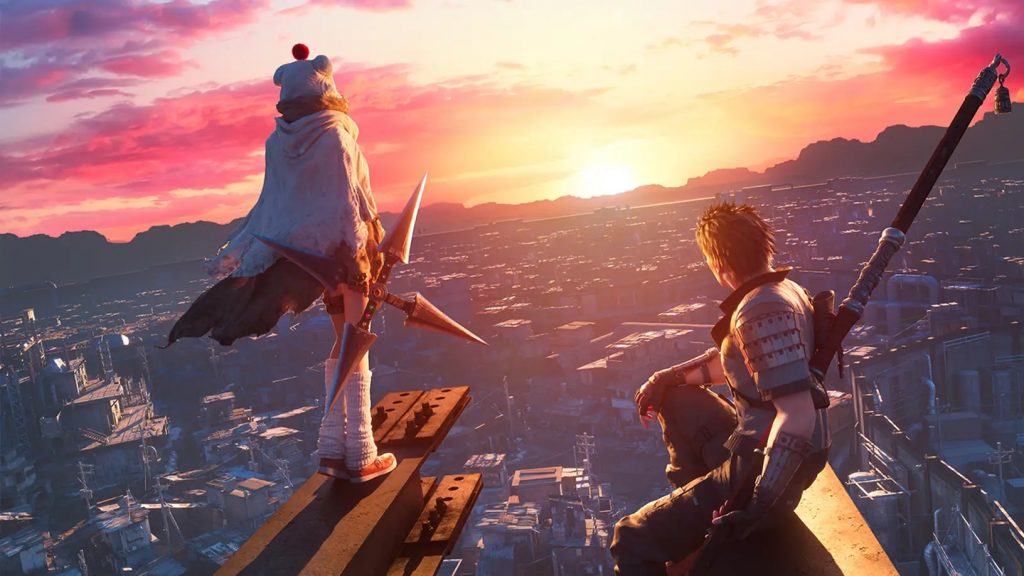 Final Fantasy VII Remake has made its way to the PS5, with updated graphics and a few neat new features. We’ll have a review of that coming in the next few days. For now, though, we’re here to talk about the biggest new content in this upgrade. That would be Episode INTERmission.

Episode INTERmission is exactly that, a side story that provides a fresh new perspective on certain events in the main game. You’ll briefly interact with a few characters from the main title, but your ability to get near the core cast is virtually nonexistent, which makes sense since our new protagonist wasn’t in that game. 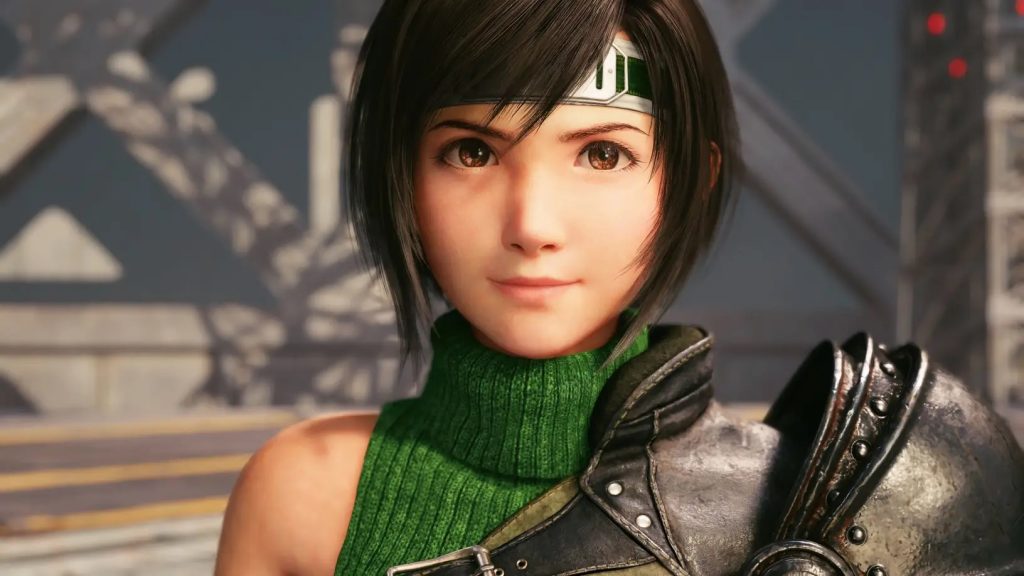 You play as Yuffie Kisaragi. Fans of the original Final Fantasy VII are likely familiar with her, but for the uninitiated, she’s a young ninja from the nation of Wutai. They recently ended a long war with the game’s antagonist, Shinra, but some of their people aren’t ready to give up the fight. Yuffie and new character Sonon are working with a branch of terrorist/freedom fighter group Avalanche to sneak into Shinra’s headquarters and steal a new materia supposedly in development.

If a few of the words I’m throwing at you, like materia, and Shinra, are foreign to you, INTERmission is not for you. At least not yet. This side story starts with a warning that major elements of the game will not be explained. There are also spoilers for the main game throughout, particularly towards the end. Nothing stops you from playing this first. No save data from the main game is required, and you start at a fairly high level, but this is meant for returning players.

Once you’re ready to take it on, though, Yuffie’s story is a lot of fun. Not only does it put a spotlight on a charming character from the original game, but it also provides an entirely new style of gameplay that I look forward to exploring more when Yuffie presumably has a role going forward. As a ninja, Yuffie is an expert at fighting both up close and from afar. This is accomplished by throwing your dagger when you want to switch to long-distance combat and retrieving it when you want to go back to melee fighting. It works great in practice, with both styles feeling fast, fluid, and fun. They perfectly match Yuffie’s upbeat personality. She has a completely original feel compared to the rest of Remake’s cast and consistently put a smile on my face. 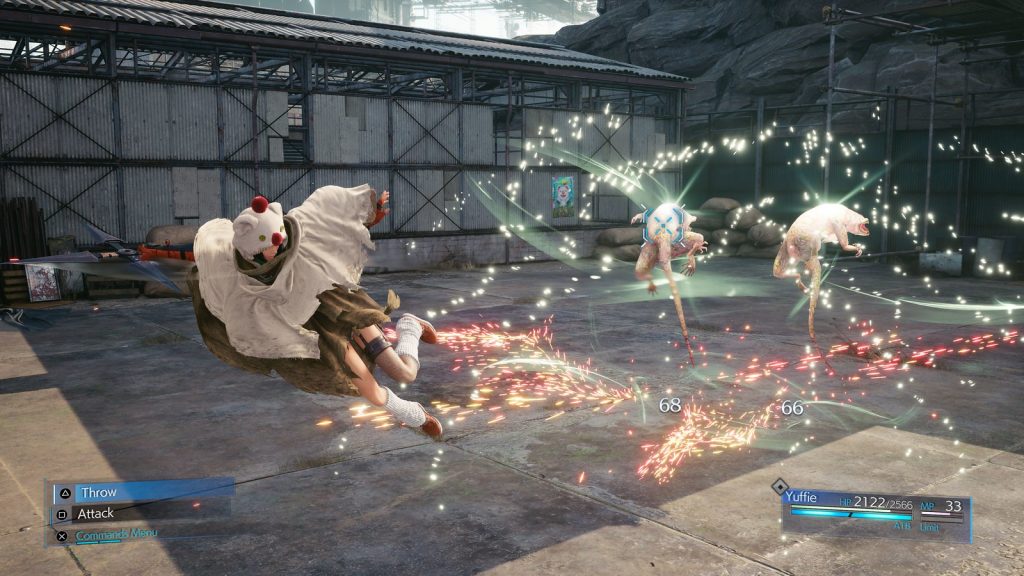 Yuffie is the only playable character this time around. Introducing more than one new playable character in content that only lasts a few hours wouldn’t make much sense. To make sure the combat isn’t too simple, though, you have Sonon along. He’s a less experience ninja working under Yuffie with tragedy in his past. While you can’t directly control him, you have a couple of interesting options. You can synergize him with Yuffie, so he’ll match what you’re doing in battle. This has a few downsides but can be hugely useful. You can also give him certain commands on the fly. It keeps combat fresh and adds a nice strategic element. I generally found his AI smart and helpful.

Speaking of strategy, a few minigames are present in Episode INTERmission. The best is easily the new Fort Condor strategy game. This allows you to challenge characters, including a few old friends, to what is effectively a board game. You pick pieces from those you’ve collected before each match to best counter what your opponent is bringing. Then you place them on a grid to attack three bases of your opponent. They’ll try to do the same to you. You have no direct control over the pieces, so the challenge is all in picking the right pieces and then when and where you deploy them. It doesn’t stay interesting forever, but for a mini-game in a fairly short piece of content, it does what it needs to. I’d love to see a more fleshed-out version in the next part of Remake.

But Not Too Many 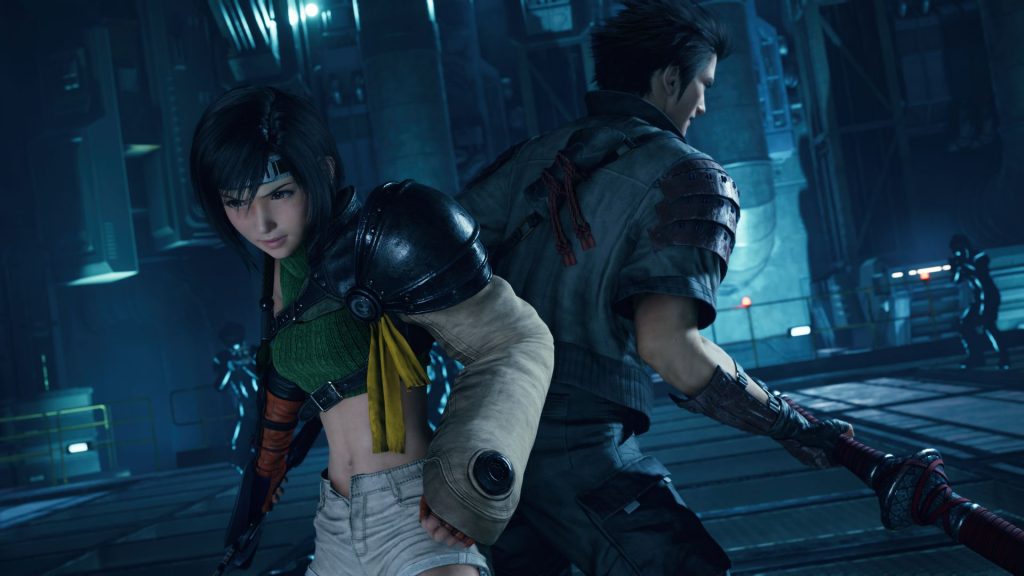 My biggest issue with Episode INTERmission is how little of it feels new. Many of the locations you’ll visit over the game’s four or so hours are recycled from the base game. A few changes have been made, but not many. Those areas that are new are much more vertical, better fitting Yuffie’s abilities as a ninja. I would have loved to see more of that.

I also would have loved to see more use for some of the game’s systems here. This was the first part of Intergrade I played on PS5, and while I beat Remake on PS4 last year, that’s long enough ago that some of its systems weren’t fresh in my mind. Some I picked right back up, but a few, in particular, I was almost done with the game before I even thought about. That I didn’t need some of the game’s core systems throughout this content is a shame. This will be less of an issue for those coming right off of playing the main game, however.

The story has similar issues. It’s definitely enjoyable, frequently matching Yuffie’s light-hearted attitude in a way that can be ridiculously charming. Outside of Yuffie, however, none of the new characters are particularly interesting. Introducing a whole new cast in such a short time is a difficult task, but perhaps leaning more on existing characters in a few roles could have allowed things to feel consequential beyond simply being an introduction. As is, most of these characters feel like the placeholders they seem to be.

At least things look and sound gorgeous. I’ll talk about them more in my review of the full game, but this takes an already pretty game and makes it even more beautiful. A few of the tracks for INTERmission are real standouts, among the best in the entire game. It’s a shame, however, that this episode isn’t available for those still playing on the PS4. There’s nothing here that seems like it wouldn’t have worked in that version. There’s no moment that felt like it wouldn’t work on that platform.

Episode INTERmission is a consistently fun ride while it lasts, even if much of it doesn’t feel essential. For those who are buying Intergrade on PS5, there’s no reason not to check it out as it’s included. For those playing a PS5 upgrade of the PS4 version, who will have to purchase this episode, things get a bit trickier. I’d recommend it but do keep in mind what you’re getting. Even a completionist will likely blow through this in a few days. As long as you understand what you’re getting, though, I have a hard time imagining anyone who enjoyed Final Fantasy VII Remake not having a great time getting to know Yuffie. With Remake being our Game of The Year last year, you know we’re on board.

Full disclosure: This review is based on a retail copy of Final Fantasy 7 Intergrade and the Episode INTERmission DLC.