Genshin Impact The Other Side of Isle and Sea Guide 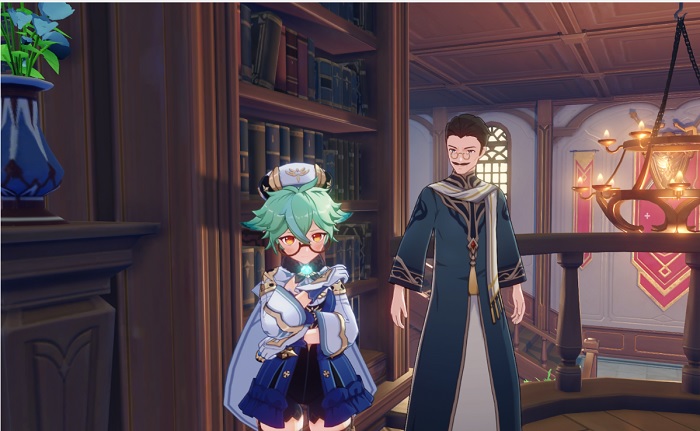 Greetings Travelers, Cory from HPP here to show you a guide to the locations for the Genshin Impact sidequest, The Other Side of Isle and Sea! Someone’s been leaving behind some odd cave paintings around the various isles, and while there aren’t any clues as to who sketched these scrawls, it’s clear they were left for a reason.

Genshin Impact The Other Side of Isle and Sea Guide

There are a grand total of five of these murals scattered around various islands in the archipelago. Four of them are pretty easy to find and access, but one will require the completion of another sidequest first. That said, you don’t need to find any of these in a specific order, just make sure to always take a picture with the Kamera tool before leaving the murals.

The first location can be found at the Twinning Isle, showing a group of mountains with a sole, shining star in the middle. This one will be hiding in a natural archway made by the mountains. 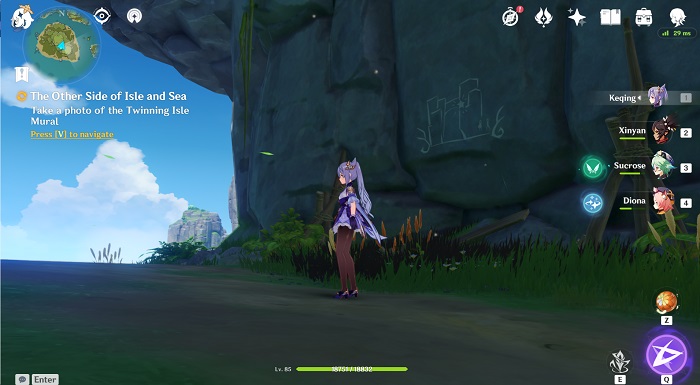 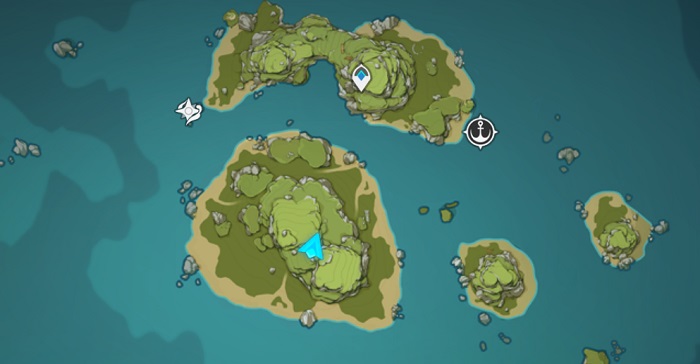 Next location will be at the Broken Isle, and is actually a necessity to figure out the puzzle of that island. First, you’ll need to beat down a Harpastum Wall to open the path into a little alcove where the mural will be. 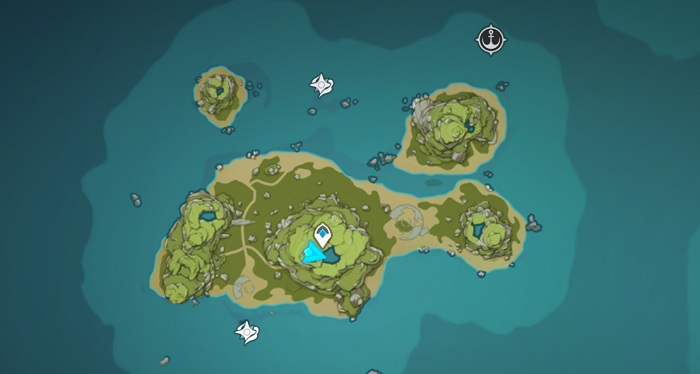 The mural is of five cups with lines on them, along with some musical notes nearby. Pay attention to those lines later if you haven’t solved the puzzle for the five pool puzzle of the Broken Isle. 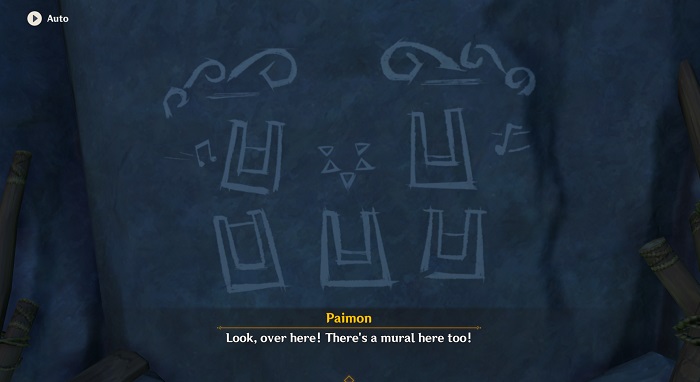 After that, you’ll head to the Nameless Island to find a mural of some stranded people helping their friends back to shore after their ship got beached. 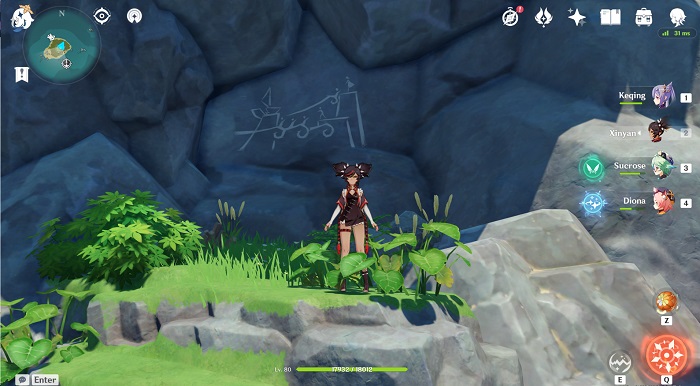 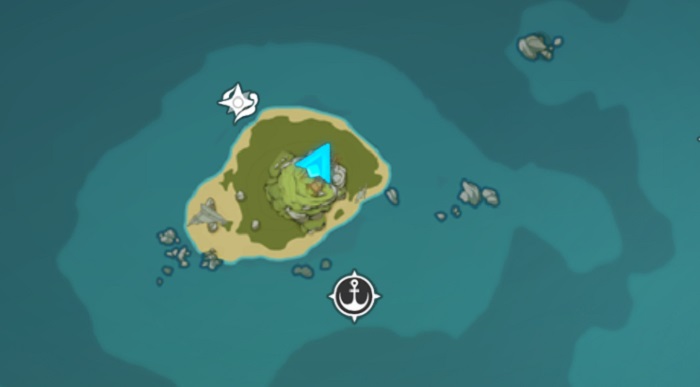 Now, head to the Minacious Isle to check out the mural of what looks like a boat getting ready to be consumed by raging waves. This one’s pretty straightforward, hiding out in an alcove on the eastern side of the island. 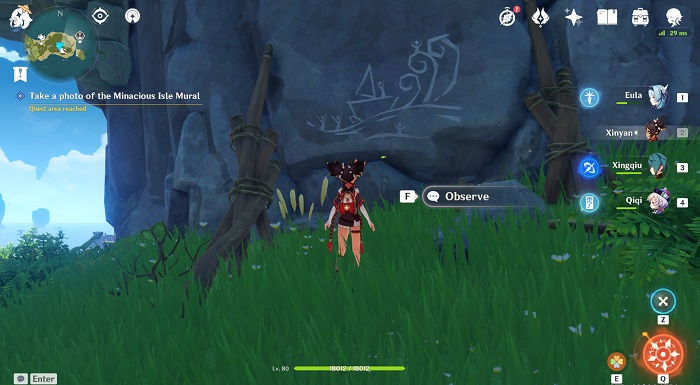 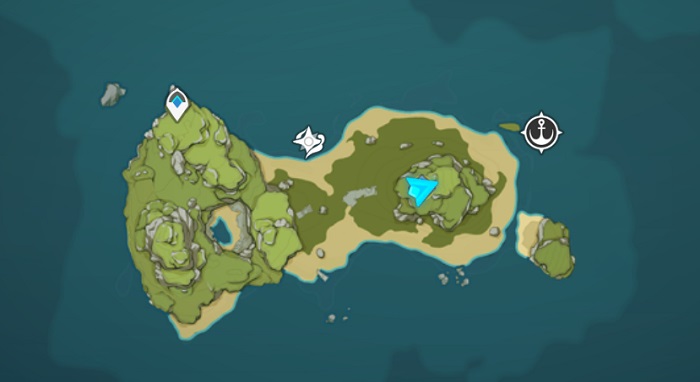 Finally, we get to the Nameless Islet, far to the north. You’ll need to finish the quest A Trip Through Fog and Wind in order to reach this, so if you haven’t done so, check out our guide here. You’ll spot the final mural here, depicting a group of natives boarding a ship during a sunny day, likely attempting to flee the archipelago. 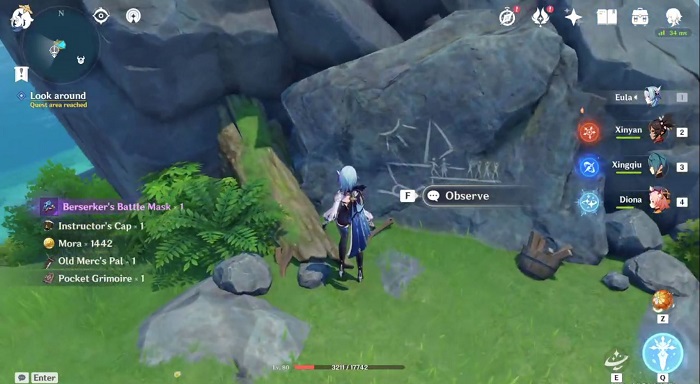 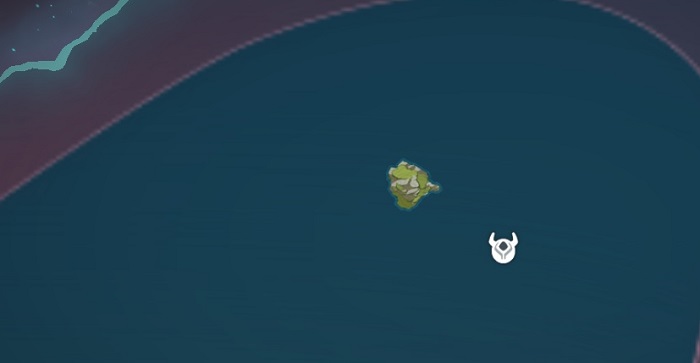 That’s all five murals and their locations found, so now we are tasked with reporting all of this to a Mondstadt researcher over at the Favonius HQ.

The researcher pieces everything bit by bit, depicting a story of a group of shipwreck survivors forming a village in the Broken Isle, hence the “cups” of water that hide the secret of that village there, as well as depicting their eventual escape. Wherever they are now, they certainly left their mark, and you, fellow Traveler, will be left with 40 Primogems, 3 Mystic Enhancement Ore, 30,000 Mora, 350 Adventurer XP, and 3 Hero’s Wit!