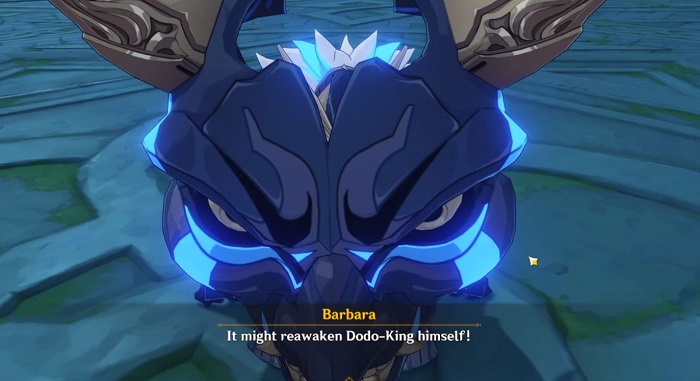 Greetings Travelers, Cory from HPP here to guide you through Genshin Impact’s Midsummer Island Adventure, this time through Act III’s main quest! Without delay, let us hop right in.

First thing’s first, you’ll need to be waiting at Pudding Isle for early morning, anytime from 6:00 to 12:00. When you’re at the quest starting location at that time, you’ll be greeted with a cutscene. While it’s unfortunate that Barbara and Jean have ditched their summerwear, Klee’s found an exciting new lead on the mystery of the archipelago. She’ll point out some smoke not far off from Pudding Isle, the gang sets off to investigate. 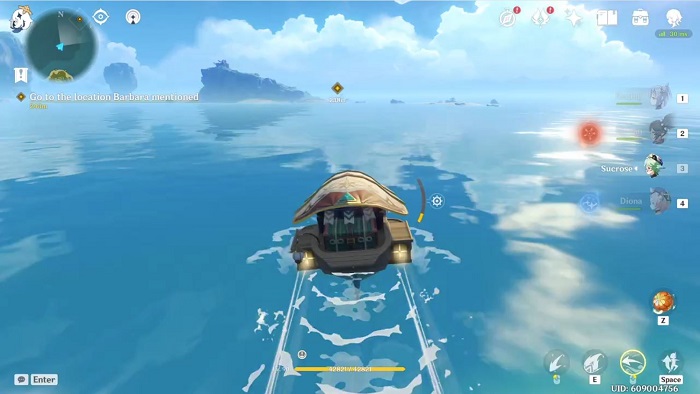 Upon getting over there, you’ll learn it was just Kaeya and Diluc stranded in the same archipelago you are, having hitched a ride with Dvalin as well. Albedo and Razor were with them but seemingly had their own interests to follow in the islands. As for the smoke, it turns out it was just steam from Kaeya and Diluc having an elemental reaction.

Your first task is to relocate Albedo, who’ll be near the Twinning Isle. 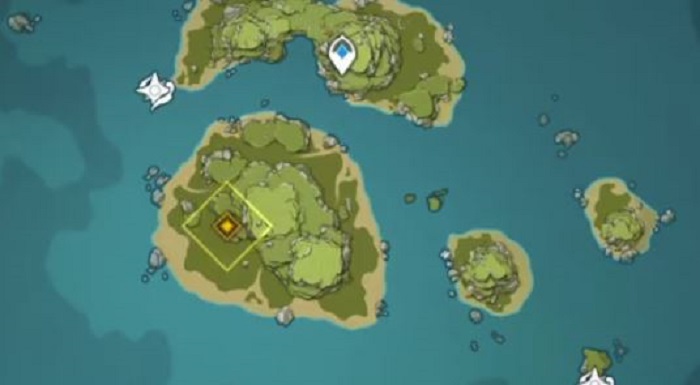 Once you get there and see the alchemist in the flesh, you’ll learn that everybody had a letter sent to them by the Dodo-King, and also that Razor, in particular, picked up on an odd scent that he bailed mid-flight to go investigate near the main platform.

Head towards the main platform island, and a cutscene will play, revealing that Razor found a small device that can be inserted into the Maguu Kenki. Activate it, and you’ll begin your fated duel with the puppet swordsman.

The key to taking this new World Boss on is to keep an eye on his movements. All of his attacks are very bluntly telegraphed; you’ll know when he’s getting ready to attack. That said, when he’s going to strike, you need to either move or shield yourself, because believe me, when I say his attacks will hurt. This thing’s playing for keeps, so watch how he moves and either dodge, shield, or use an Elemental Burst to make use of the i-frames. Don’t bother attacking from a distance either. He’ll block long-range attacks with his mask shield. If it’s going to fight you as an honored swordsman, it’s going to expect you to do the same. 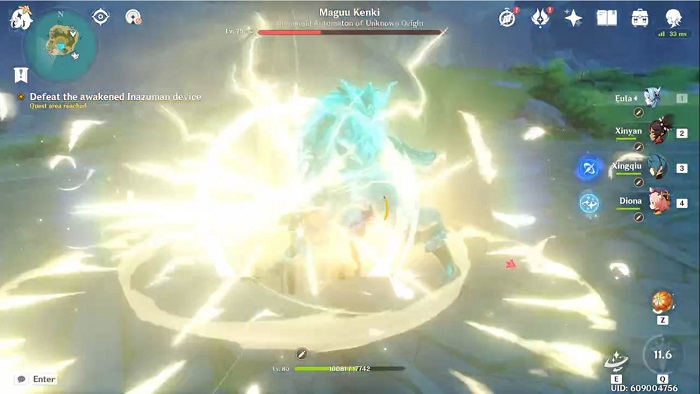 This thing will launch itself backward at some points, leaving behind a phantom that will deal Cryo damage. The best advice is to keep after the real deal, either use a dash or an ability to get you back into the actual fight. That said, if he launches himself backward and leaves an Anemo phantom, watch out because the real puppet will make four long-range slashes that can and will instantly down whoever’s caught in it unshielded.

Keep in mind these tactics, and you should be fine, but if you’re still struggling, we’ll be doing a follow-up video soon showing how to tackle this machine better.

As the duel reaches its end, you’ll have a cutscene with the others examining the translucent gems it just dropped as well as a letter from the Dodo-King. You’ll now be heading to the island with the massive water bubble and strange mechanism nearby it. 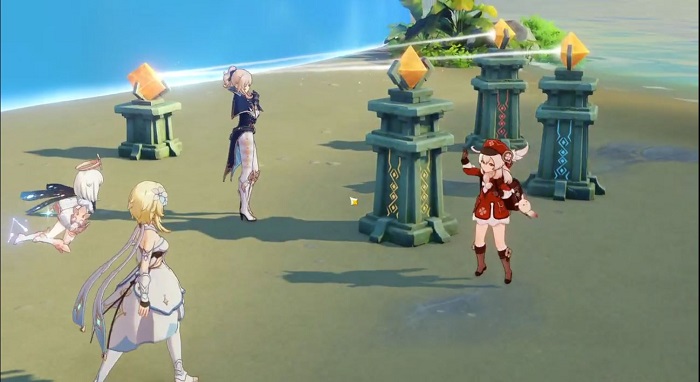 Once you’re there, everyone pieces together the puzzle that corresponds with the strange mechanism and the colored gems the Maguu Kenki dropped. The gang deduces that the riddle the Dodo-King left behind has something to do with the gems and fish, so you’ll need to drop off the gems into shallow water to bait in fish. Complete that bit, watch the cutscene, and there you go! You’ll want to go and claim any rewards from the Act 3 challenge before calling things done, though. 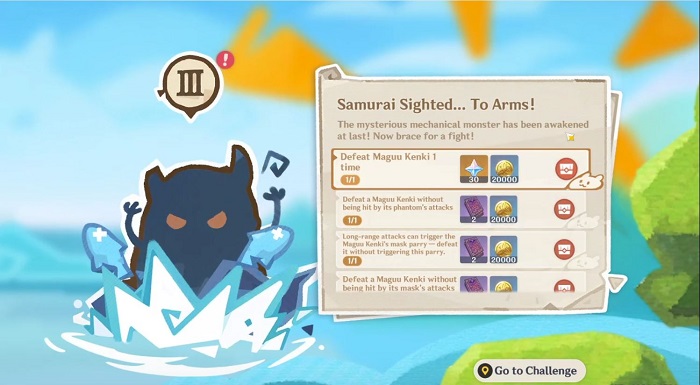 That concludes the guide for Genshin Impact‘s Midsummer Island Adventure Act 3 Quest! If you haven’t gotten caught up with either of the previous acts’ quests, you can check out the Act 1 quest here or the Act 2 quest here!