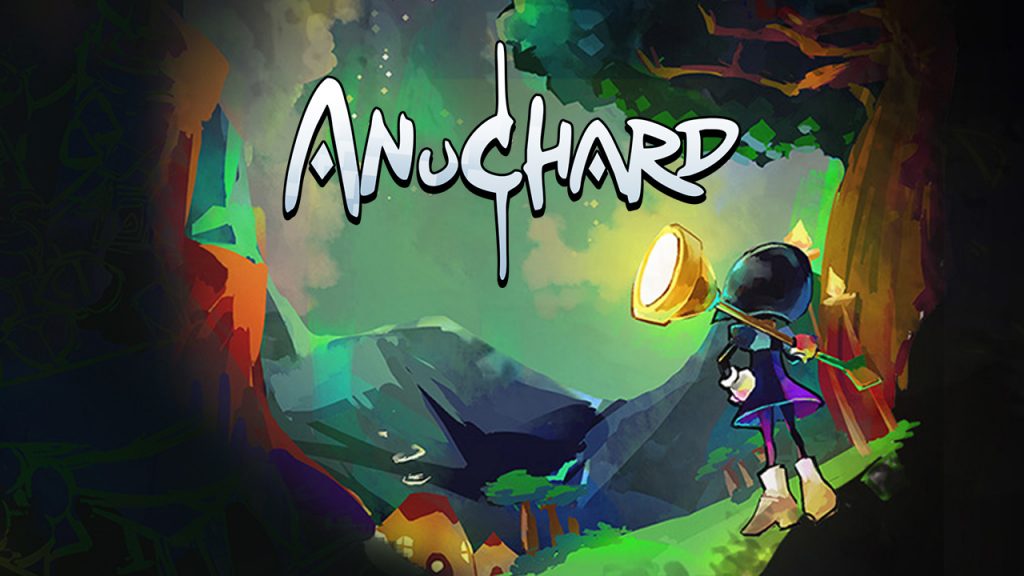 My last Freedom Games demo from E3 2021 was also the most unusual. It was for a game called Anuchard. Not only was this a game I’ve been hyped about for a while, but it’s the only preview I wasn’t able to play myself. Thankfully, a representative from Freedom Games was available to walk me through it. So I got a digital shotgun seat and watched him play through the game. Meanwhile I asked questions as they arose.

The first thing I should say is that Anuchard was inspired by some classic videogames. It was inspired not only by Legend of Mana, but also by the Quintet games (Soul Blazer, Illusion of Gaia etc.). Those are big shoes to fill, but thus far I think Anuchard is on the right track to doing so. What initially drew me to the game was the lush artwork. It’s a mix of pixel and hand drawn art, along with modern particle effects. It has a watercolor quality that’s really eye catching. 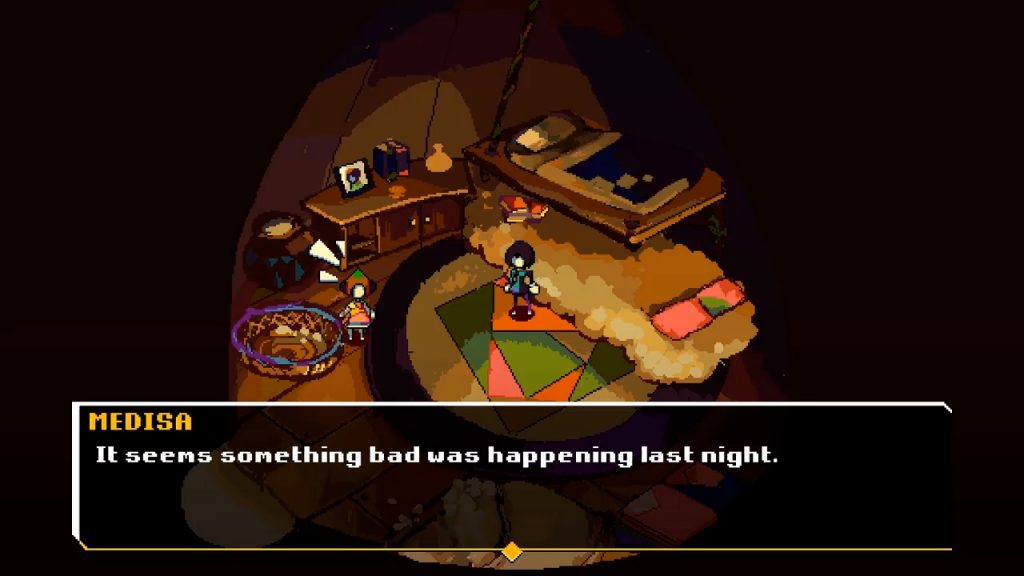 Anuchard’s story is also ambitious yet familiar. It’s about a fallen, highly advanced civilization. Floating islands in the sky were brought to ruin by the Guardians. Now, the town of Anuchard has grown from those ruins, and the townsfolk keep getting into mischief. They wander into the ancient chambers of the original Anuchard, and wind up transformed into stone statues. Your job as the Bellwielder is to use the Audros Bell to restore the citizens and fight your way through dangerous dungeons. 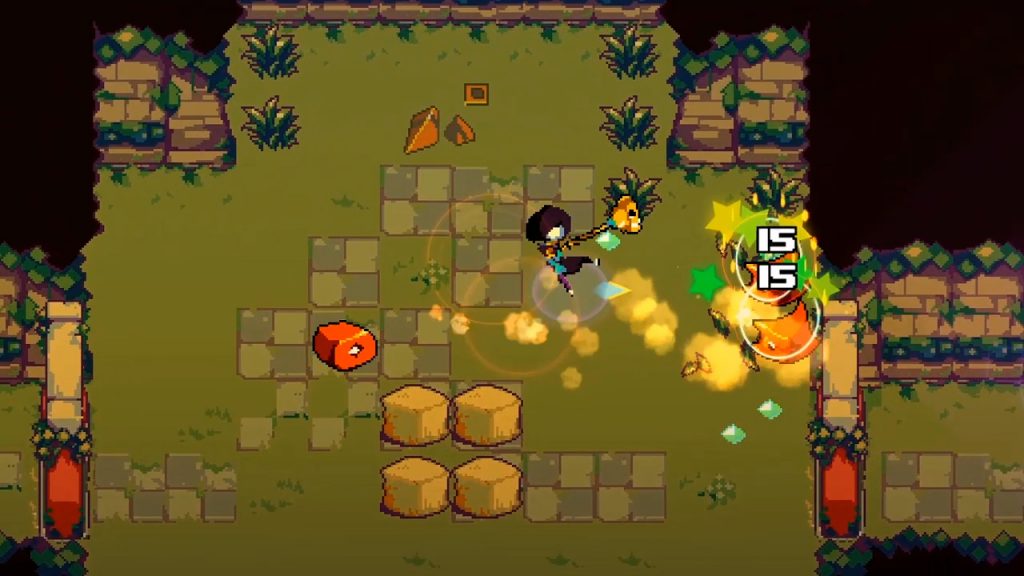 One way that Anuchard stands on its own shoulders is the use of the cooking system. By mixing and matching ingredients, you’ll get temporary stat boosts and even abilities. The food is inspired by the roots of the developer, so it’s mostly southeast asian cuisine and food from Indonesia. You can get handy health boosts and all sorts of benefits. Just keep in mind, the order you add ingredients can totally change what you get from your meals.

Another modern convenience is the bulletin board you’ll find in town. It helps you recap what last happened if you take a break from the game. Which is great, since any gamer can attest how hard it is to get back into an RPG after any period of time. But the vast majority of the game is a linear journey about learning about what’s happening and trying to save villager’s souls. There’s no branching decisions or alternate endings. This is a linear, compact and accessible RPG that’s supposed to take 10-15 hours to beat. Hell, there’s not even a singular villain you’re fighting against. Instead, humanity is at the center of both the story and the conflict. The main theme is that human developments always come with consequences. 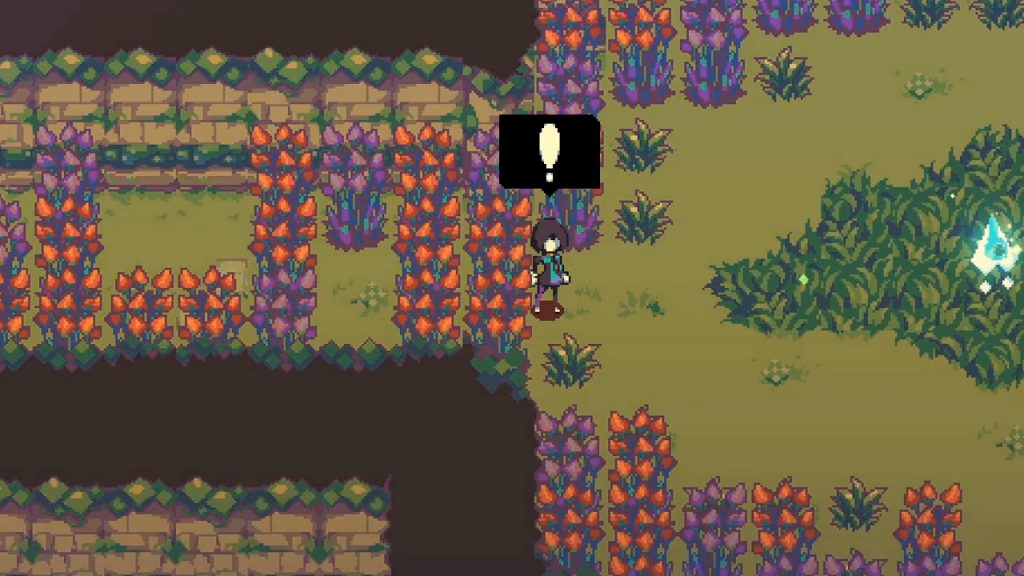 I got to watch my guide make his way through one early dungeon. The gameplay is very kinetic, as you use your Audros Bell to turn into a veritable pinball wizard. You smack foes and objects into walls, bouncing them around and dealing more damage. As such, many foes have layers of armor, and destroying it will have dangerous consequences. Some armor explodes into projectiles, others will spawn additional enemies. The combat looks really intriguing, and it’s complemented by complex dungeons full of hidden passages and powerful bosses and mini bosses.

Everything in the game revolves around the Audros Bell. Not only can it be used to attack, but also to solve puzzles and even heal yourself. By gathering enough essence, you can do all sorts of handy things. Also, you’re welcome to replay dungeons. That way you can find holograms that reveal more of the story, and refresh your memory. One neat nugget that was revealed is that each dungeon is built on top of the trapped villager’s souls within. I’m not sure the significance of that detail yet, but I have a feeling it’s integral to the overall story. 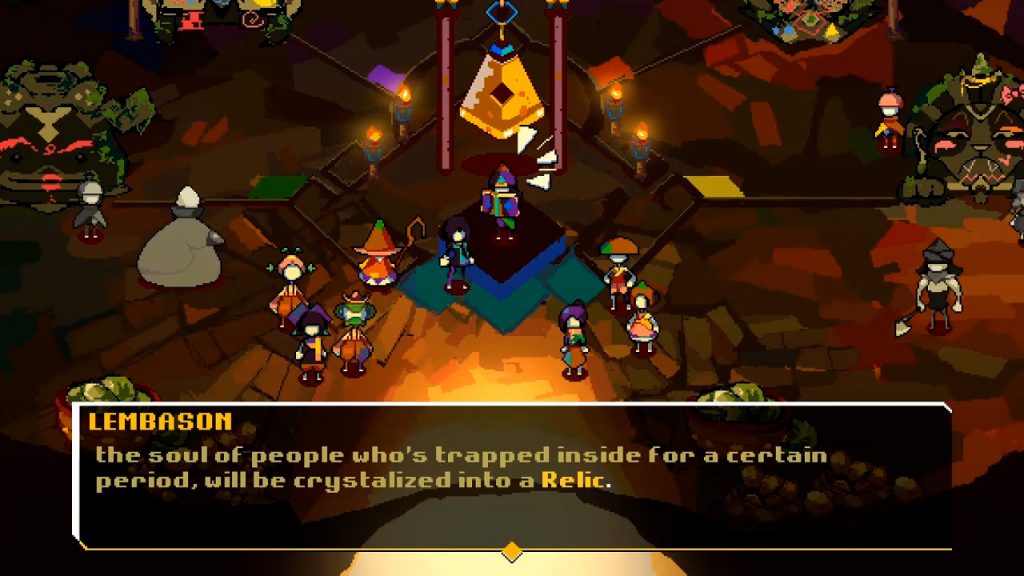 All in all, I was really pleased to learn more about Anuchard, and can’t wait to play it myself. Best of all, for those that prefer playing on consoles, I can now confirm that Anuchard isn’t just coming to Steam. It’s also just been announced as coming to Xbox consoles. Either way, this is a game that’s definitely worth your attention.