Become a Guardian This Summer! 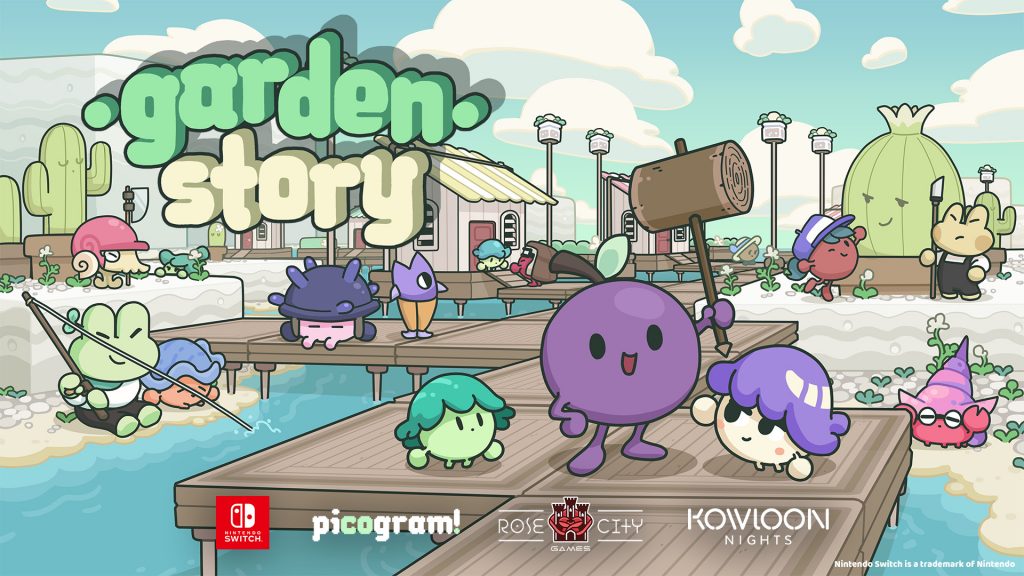 As someone that’s been following Garden Story for a while, this is really happy news. Today during the Day of the Devs, Picogram, Rose City Games and Kowloon Nights revealed a release window and new trailer. Garden Story is slated to release on PC (Steam and MacOS) and Nintendo Switch this Summer! In the game, you’ll play as the Guardian Concord, and strive to fight against the Rot. 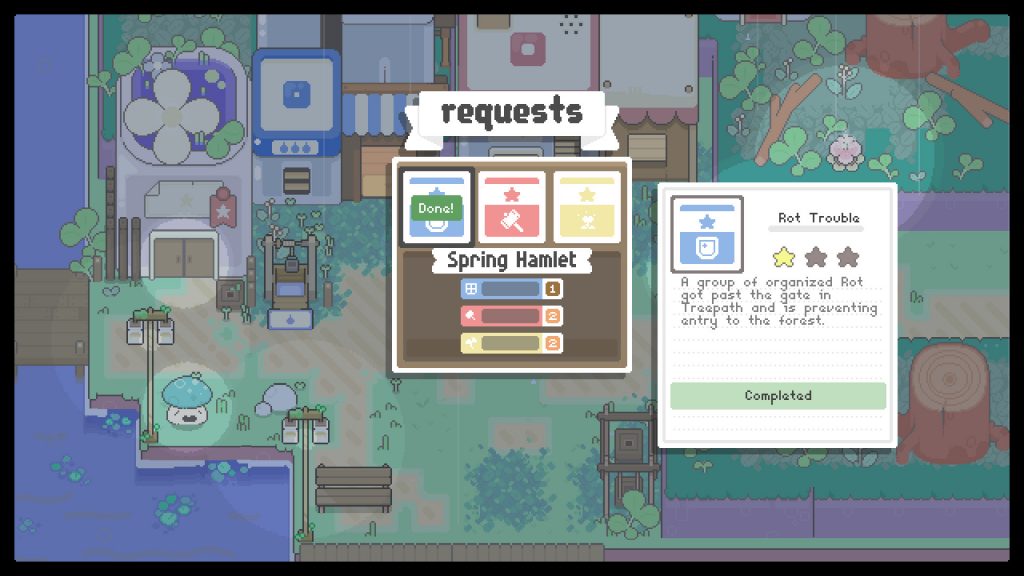 If you’re somehow not familiar yet with the game, avail yourself of the following details:

Set off on an adventure as the newly-appointed Guardian of Spring Hamlet, a young grape named Concord, and defend the island from an entity known as Rot. Help the delightful denizens of Spring Hamlet, Autumn Town, Winter Glade, and Summer Bar each day. Roots blocking a path? Oozes preventing townsfolk from crossing the bridge? Granny Smith needs more branches? Whatever the task, Concord’s the grape for the job! 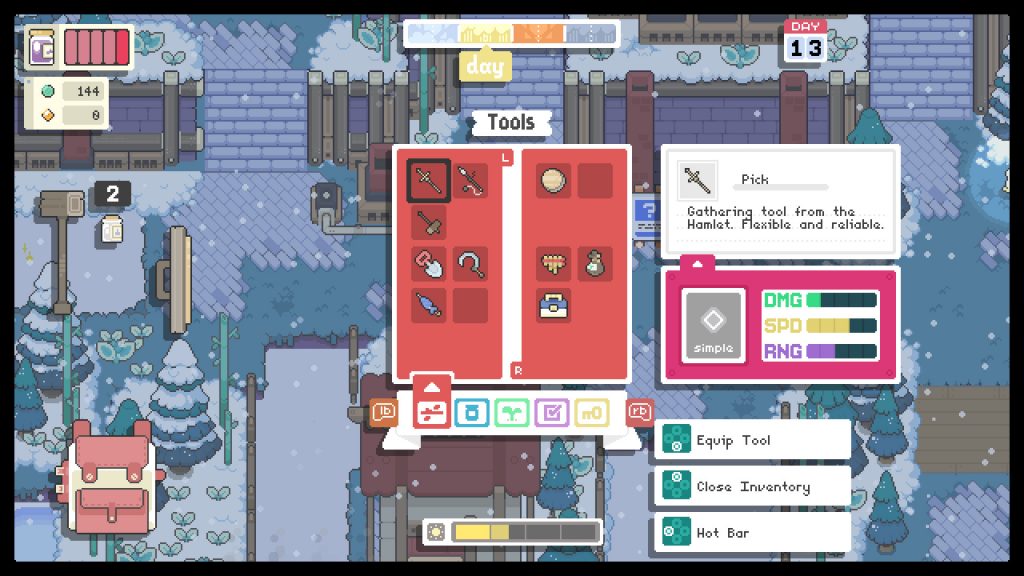 Experiment with multi-purpose Tools to gather resources, grow gardens, and fight the Rot. Wield the Pick to either harvest twigs, sap and pebbles needed for upgrades, or as a tiny sword for combat. Glide across frozen terrain on Ice Skates. Fish with the Dowsing Rod to pull shells out of the waters of Summer Bar, or remove armor from enemies. Take out Concord’s Toolbox to build structures like Benches to pass the time, or Pacifying Bells to temporarily turn foes into friends. Master each Tool so Concord can conquer dungeons and battle breathtaking bosses.

Between adventures, take the time to talk to other Greenlings living in The Grove. Who knows? Concord just might unlock a cherished Memory along the way. More than 48 Memories hidden throughout the world empower the young Guardian, granting them stat boosts like extra Health, Run Speed, Luck, and more. 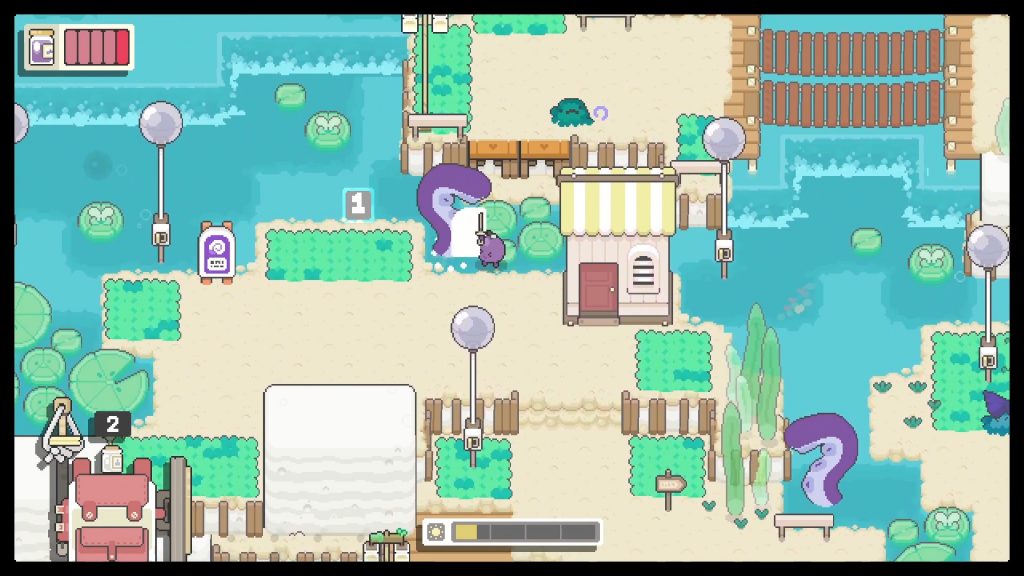 Relax in a rustic world rendered in wholesome pixel art. Settle into the cozy island with a score incorporating warm acoustic instruments and catchy synth elements. Grow as a Guardian each day and fight the foes threatening the peace, but never forget the true goal: cultivating love and confidence wherever Concord goes.

“Garden Story’s emphasis on fostering community perfectly aligns with everything Rose City Games stands for,” said Will Lewis, co-founder and director, Rose City Games. “Thanks to Picogram’s imaginative world, we believe Garden Story will provide both a relaxing escape and a lasting positive message for players when the game launches later this year.” 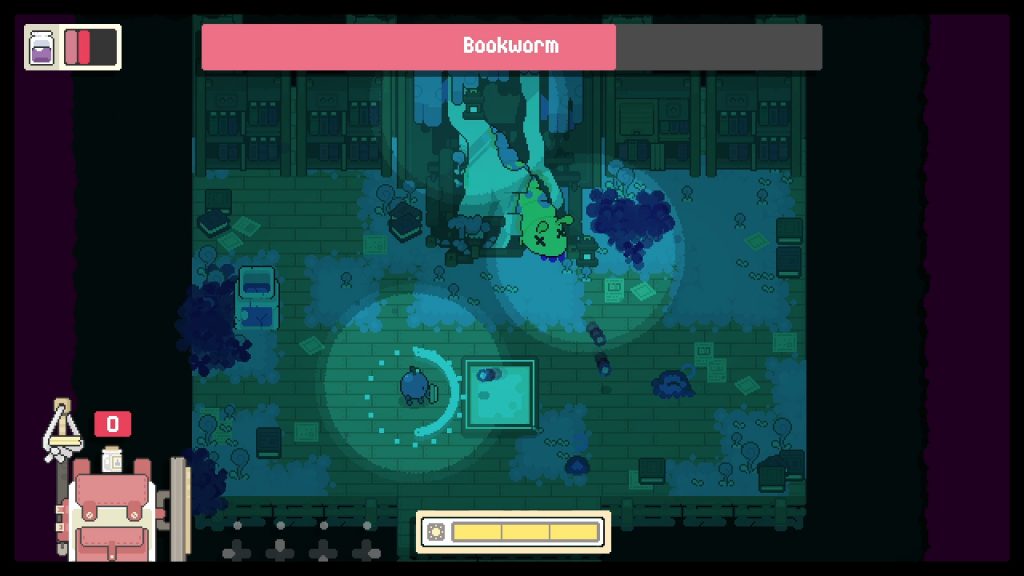 Garden Story looks to be a truly charming game. Stay tuned to HPP for more news on the upcoming colorful adventure, and make sure you check out the new trailer below!