We Have To Get Justice For Luke 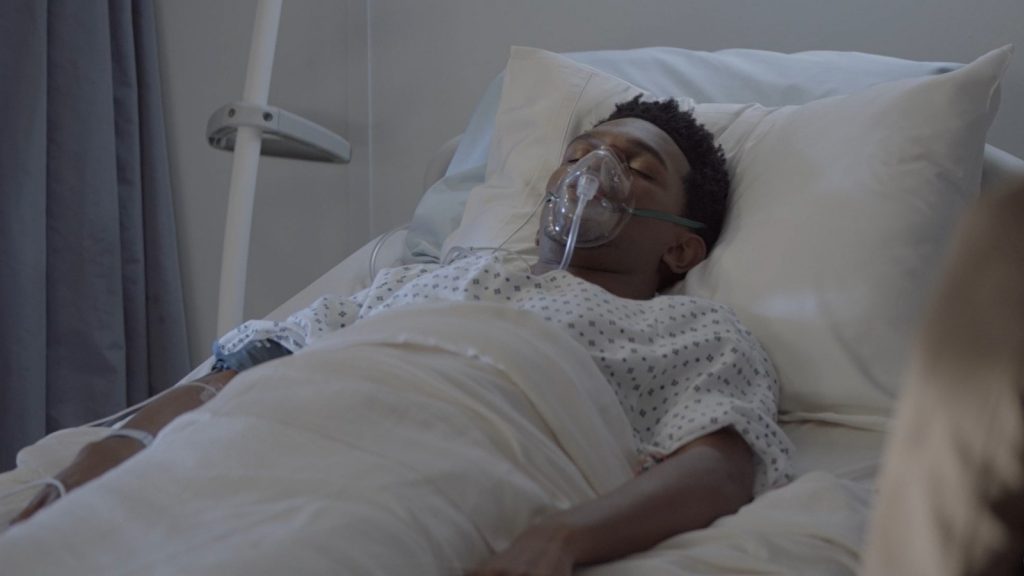 It’s always hard waiting on a show to return with new episodes. Especially after several long weeks. But I’m happy to say this episode of Batwoman was worth the wait. Armed and Dangerous managed to accomplish many of the things the previous episode did not, and did so organically and believably. Better yet, it managed to change the playing field in many dramatic ways that are sure to have lasting consequences.

The episode was mostly focused on the aftermath of the previous Batwoman. Luke was cruelly shot and left for dead by Crow Tavaroff. The man who in only a few episodes has become the focus of much of my disdain and hatred. He’s a bully, plain and simple. He justifies all the horrible things he does, and gleefully. The only difference between him and Gotham’s many costumed criminals is his lack of a costume. Early in the episode he’s interrogated about what happened. He lies and says Luke drew a gun on him, justifying his actions. Jacob questions that account, having met Luke before, and tells Tavaroff he’ll need to see the body camera footage. Meanwhile the other Crow leaders are ready to give Tavaroff a freaking medal. It’s painful to watch, especially since Luke is fighting for his life as it happens.

Luke gets wheeled into the hospital on a gurney. He’s in bad shape, on the verge of death. He imagines he’s back at Wayne Towers, and sees his father’s silhouette in the distance. He keeps trying to talk with him, to no avail. Suddenly Bruce Wayne appears, and tells him he was called there by Luke. It’s clear Luke doesn’t know where he is, and thinks he’s actually at Wayne Towers. Wayne tells Luke he has a decision to make. He reveals Luke is fighting for his life, in a coma. Either he can go and talk with his father, leaving the mortal coil. Or he can stay and fight for his life once more. 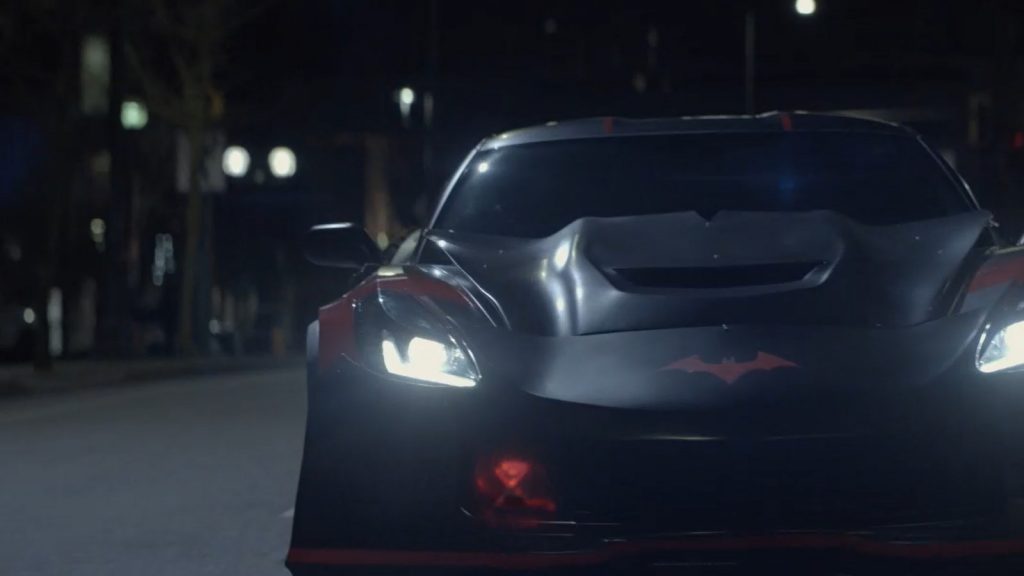 Batwoman heads after Eli, the man that was boosting a car when Luke and him got surprised by the Crows. She uses a grappling hook to stop the car chase, and questions him. At first she thought Eli shot Luke, but he reveals it was the Crows. Not only that, but they just let him go when he ran after Luke got shot. He tells Batwoman that Tavaroff was one of the Crows, and she sets after him. Mary is busy synthesizing a dose of Desert Rose to save Luke’s life. He only got shot twice, but the damage is severe.

Not to be ignored, Alice is busy snooping in Enigma’s office. Mind you Enigma herself is lying dead on the floor, after Ocean snapped her neck. There’s several file folders bookmarked for Roman Sionis, for all the members of the Kane family. Even Mary Hamilton. Ocean returns to deal with the body, and he and Alice fight over priorities. One cool reveal is that apparently Enigma was Riddler’s daughter (cause of course). But all that matters to Alice is saving Kate, by first restoring her memories.

Ryan returns to the Bat Cave as Mary is still working on her miracle cure. There’s a funny moment where Ryan has no idea how to use the tech without Luke, but thankfully Mary assists her. Ryan does some searches to find out where Tavaroff might be, and is determined to confront him. See how well he does when his adversary is bulletproof. She finds him in a sketchy area, and questions him about Luke. He goes instantly trigger happy, and she manages to knock his gun away and get him in a chokehold. Unfortunately, Tavaroff has allies, and he headbutts her backwards. Batwoman is then run into by a Crow vehicle, and they escape. Though she’s alive, she’s pissed off and hurt.

Though Mary and Alice don’t often interact, there’s a fun moment between them. Alice saunters into the real Wayne Towers and starts knocking things over to get attention. This draws Mary out of the Bat Cave, armed with a taser. They banter back and forth, and Alice seems to be warning Mary to be careful, though without being obvious. She asks about Circe and Black Mask, though she stops short of telling Mary who Circe really is. Right before Alice leaves, Mary asks about her being in love with Ocean. She even goes so far as to question if she’d be the monster she was if she had someone that loved her earlier, and that everyone deserves love. And though Alice is selfish and focused solely on her needs, she and Ocean still have a ton of chemistry. It’s just a question of whether or not that connection will matter in the end.

Ryan calls Sophie into the Bat Cave for help. She asks about Tavaroff and his methods. Sophie counters by asking why she’s not with Luke. Ryan says Mary is going to save him. Mary boldly saunters into the hospital, Desert Rose cure in hand, but there’s a problem. Two Crows are stationed outside Luke’s room, and they aren’t budging. She pulls rank, saying how their boss is her father. They retort Jacob told them to be there.

It’s All So Damn Depressing 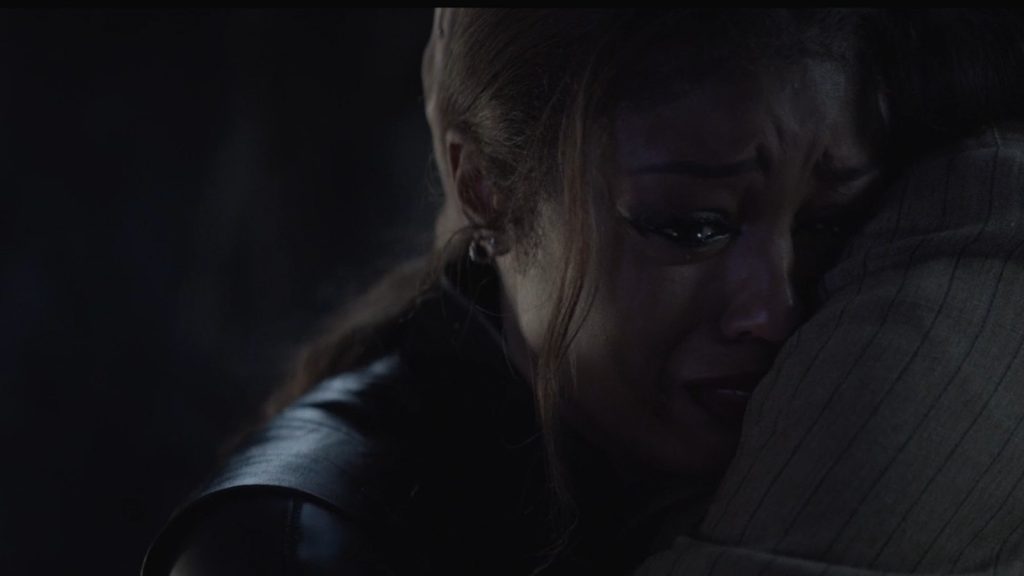 Then things get worse. As Ryan and Sophie watch continuing coverage of the protest against the Crows, the body camera footage is released. And it clearly shows something that didn’t happen – Luke drawing a gun on Tavaroff. The footage has obviously been doctored, but now they have to prove it. Ryan is determined to find the original footage, but Sophie says they’re on the clock. They have a window to get the meta data showing the actual body cam footage, but only have about an hour before all the footage is automatically deleted. Despite that ticking clock, Ryan gets distracted by her anger, and asks Sophie how she put up with a broken system for so long. Fury aside, Ryan blames herself for Luke’s predicament, and doesn’t know how she’ll live with the guilt if he dies.

Sophie goes to ask Jacob to reexamine Luke’s case. Talks about a previous case where a known rapist was about to get off thanks to circumstantial evidence, when suddenly airtight evidence appeared in the eleventh hour. Hints that sort of things needs to happen again. She begs Jacob to open his eyes like she did. And as she walks out, she covertly places a device on a Crow computer.

Ryan is about to get the data with minutes to spare, and Mary has a new task. Now she’s distracting the guards while the newly healed Wolf Spider climbs the building and breaks into Luke’s room. He’s working with Mary, and injects the Desert Rose compound into Luke’s IV. Even so, Luke is still in a coma trying to talk with his father. He goes incorporeal, meaning the drug is working to heal him.

A Murder of Crows 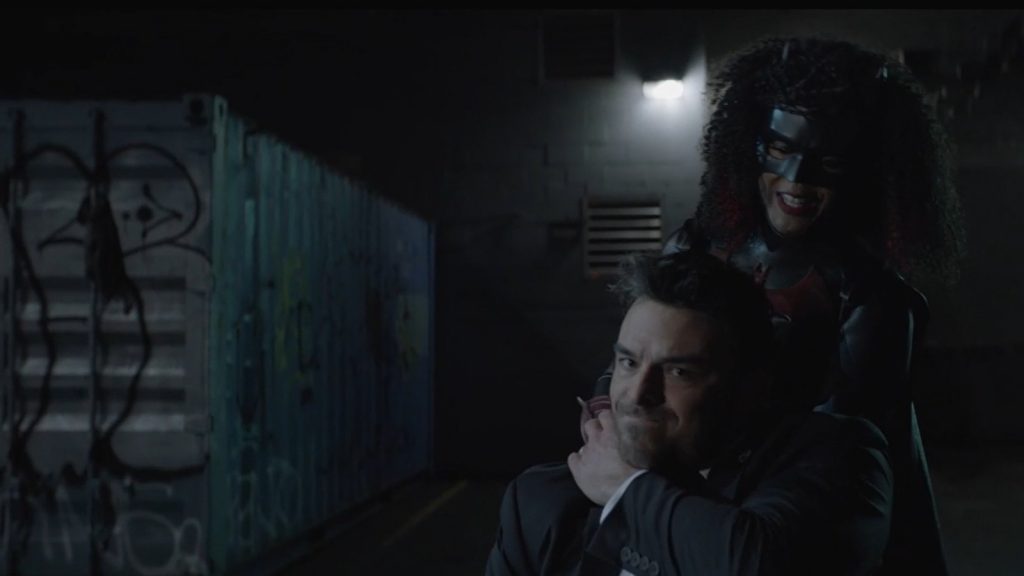 Jacob tries to do what Sophie suggested, and calls Tavaroff in to talk. They argue about his tactics and Jacob says maybe the Crows need to be reevaluated. He asks for his badge and gun, and it seems like he’s following orders. Until he knocks Kane out and decides he’s the problem. He’s going to work with his posse to kill Kane, making it look like a overdose of Snakebite.

Batwoman is trying to sift through hundreds of entries for Tavaroff’s body cam when Sophie notices Jacob being dragged away by Crow goons. Since none of the entries are listed by date, it makes more sense for Batwoman to go and save Kane, and not worry about the erased footage. Ryan grudgingly agrees, and goes to save the commander. She turns off the lights, breaks through a window and takes them down. Though Tavaroff tries to strangle her with a phone cord. Before she leaves, Jacob wakes and comments he didn’t realize it had gotten this bad. She retorts he needs to burn the whole institution down. 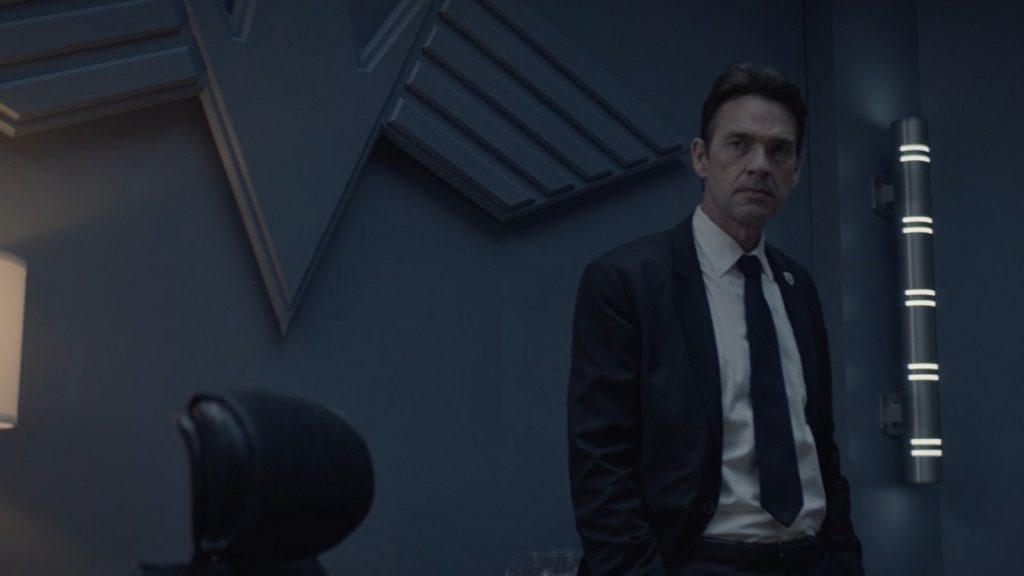 The very end of the episode has some big developments. Luke still hasn’t woken up. Mary and Ryan are at his bedside, sharing an emotional moment. They both don’t know how they’ll have a Bat team without him. Meanwhile Jacob holds a press conference, and tells everyone Luke was framed by the Crows. He’s willing to testify to that in court, and throws Tavaroff’s men under the bus. Better yet, he disbands the Crows, seeing as how they’ve become so corrupted by the power they wield.

Luke doesn’t want to wake up, and argues with Bruce about how unfair it is he can’t speak with his father. He doesn’t want to keep fighting in a world that doesn’t reward his efforts, that just sees black men and women as easy victims. He’s ready to shuffle off the mortal coil. He heads to his father, and as he turns around, Luke suddenly wakes up. And things end with a diminished but proud Jacob Kane gathering his things to leave. Now he has the respect of Mary and Sophie once more. But as he nears his car, Alice is there. There’s a great comment by her about how she’s broken into the Crow parking so many times, so maybe they weren’t great at their job. And then she tells her father Kate is alive, and she wants his help saving her. Overall a much better Batwoman. Here’s hoping that trend can continue for the rest of this season.