Plunder and pillage, then build your village 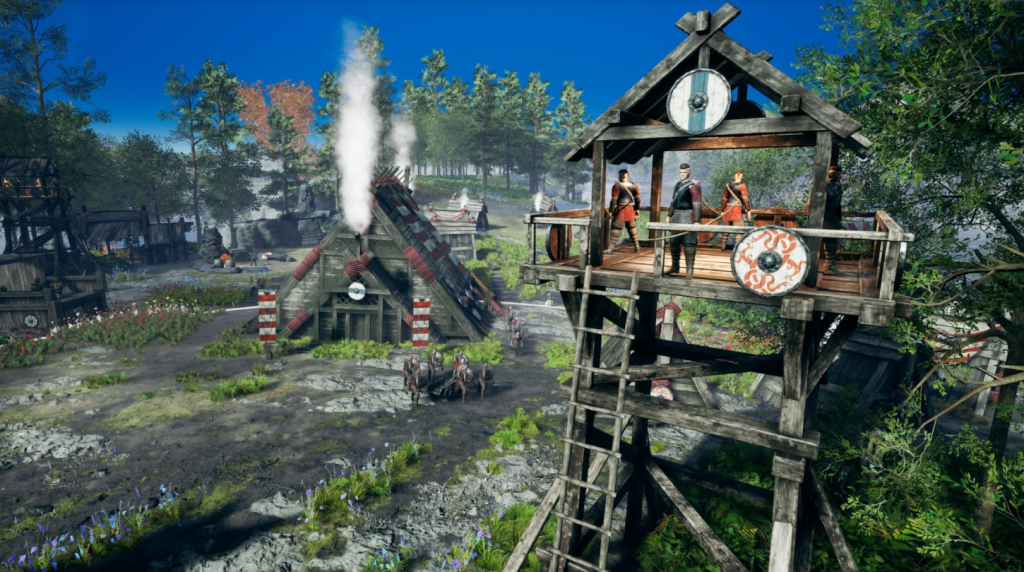 It’s not often we associate Vikings with city-building — in fact, they tend to be known for the exact opposite — but the truth is, these Norse peoples had thriving communities. Cold, certainly, but thriving nonetheless. While their warriors explored and invaded new worlds, their farmers, merchants, and shipbuilders stayed home and kept things running. Who else would victorious Vikings return home to, showering their loved ones with the spoils of their campaigns? They may have burned their fair share of cities to the ground, but, at the end of the day, they sailed triumphantly back home to their own.

It’s this scenario Frozenheim explores, a “serene city-builder with elaborate management gameplay and RTS tactical combat.” Developed by Paranoid Interactive and published by Hyperstrange, Frozenheim is currently available as a Steam Early Access title with a slated full release date of “the beginning of 2022.” With both city-building and RTS elements, it promises a lot of gameplay for only $16.99, and in its current state, it’s already positively delivering on some of those lofty goals. 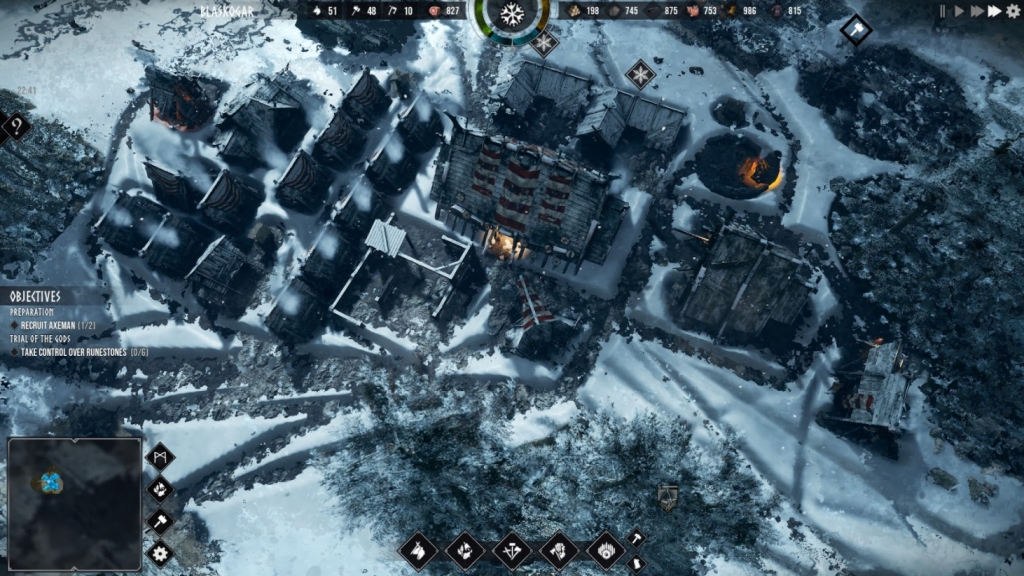 In its current state, Frozenheim offers playable freeplay and multiplayer modes and two short campaign missions with the intention of expanding those by release. The first campaign introduces players to the basics of gameplay, while the second campaign is for those wanting to prove they’ve learned how to play. Each campaign can be completed in under an hour, although first time players will likely need a try or two to get the hang of things.

If you’ve played an RTS game before, you understand controlling your ground units; holding left click and dragging the mouse over the desired units allows you to control multiple units at the same time, and right clicking on the map will move them to the desired location. WASD moves the camera, and QE rotates it. Additionally, the city-building controls are straightforward as well, as just about everything is done by way of left clicking. Both city-building and the RTS counterparts are intuitive due to simple controls and clean UI, although the nuances of the former could stand to be explained a bit better. 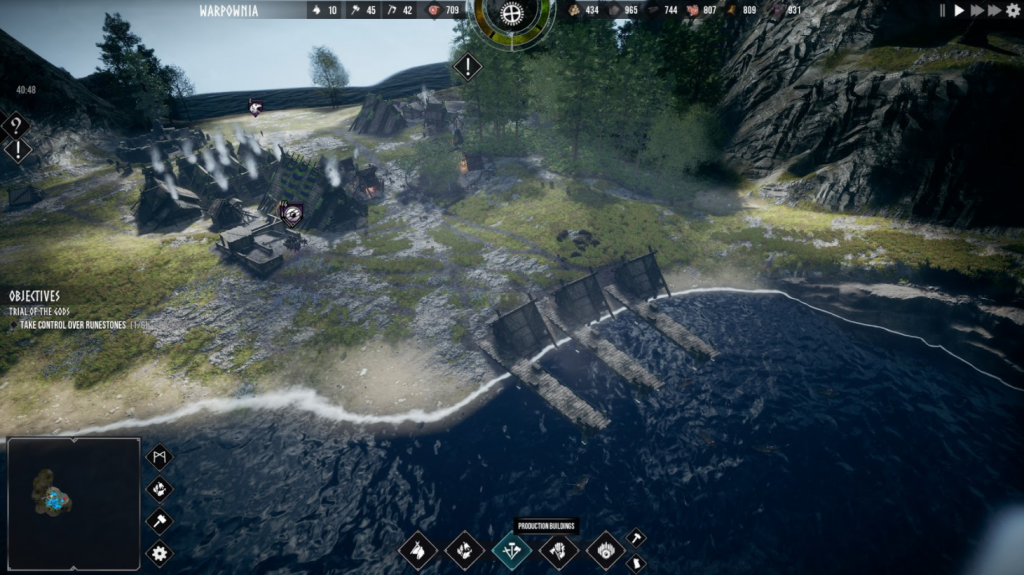 Frozenheim’s visual aesthetics lean towards realism in most aspects. The environments are naturally beautiful, with different terrains that will affect your ground units in varied ways depending on where they walk. The units themselves have several different character models, such as scout, axeman, and worker, and all look like legitimate people. They traipse around a gorgeous, natural world, complete with a day/night cycle and real weather patterns. I think my favorite realistic detail is how the people pounded pathways into existence, dirt roads appearing over major thoroughfares, only to disappear should the road become less traveled. These realistic touches really make Frozenheim’s beauty all the more apparent.

When it comes to the audio, Frozenheim is once again lovely. I really enjoyed the peaceful, pretty soundtrack, feeling very comfortable as I dove into the frigid forests and shimmering seas. Reflecting further on that, I think that was perhaps the most interesting thing about the OST — the fact that I was immediately comfortable with exploration, rather than intrigued or excited. There wasn’t much that made me feel anxious or overwhelmed, even when bad things were happening like house fires or attacks, because the music was just so cozy. This translates well to extended periods of gameplay due to its relaxing nature, and a lot of that is due to the calming music. 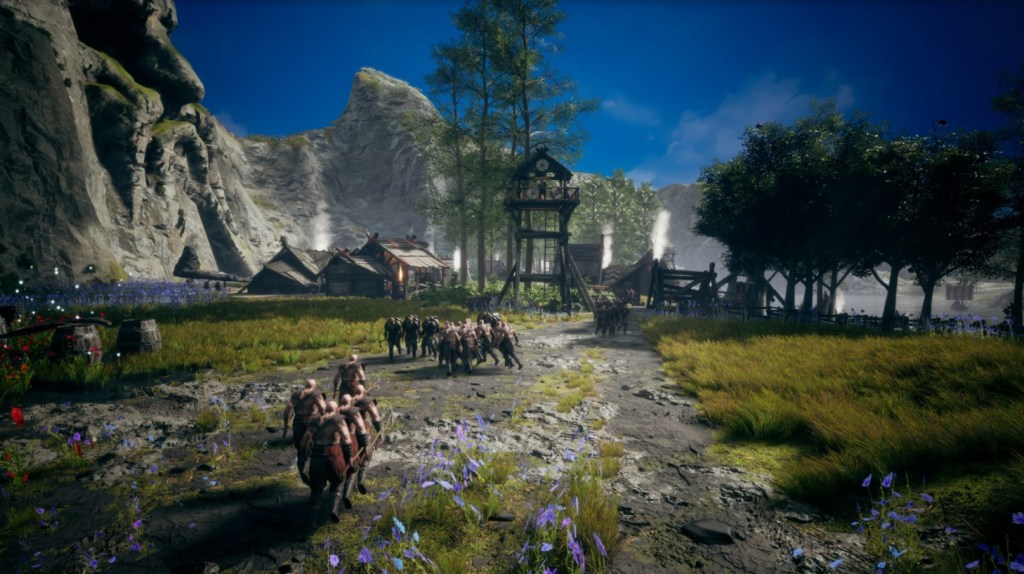 It’s weird to say that Frozenheim, a game all about Viking cities that did indeed involve pillaging, was calming and serene, but that was absolutely the case. The pacing is really balanced, meaning you can leave your cities alone while you’re off exploring the surrounding forests without too much worry. There will be little things here and there that grab your attention to come back home, like your homes spontaneously catching fire and the occasional raid, but with the proper infrastructure and protection (wells and warriors), you can be certain you’ll have a village to return with glory to.

As it stands, Frozenheim’s campaign can be completed very quickly and its multiplayer mode only good if you play well with others (or, in this case, if you maybe *don’t* play well with others), so the true draw at this time is in its freeplay mode. Without any defined goals, its easy for some players to feel like they’re aimlessly building for no real reason, so if you’re not keen on sandbox city-builders, you may want to wait until its full release for a fuller campaign mode. With that being said, for those players who do prefer “villaging” to pillaging, you’re in for a treat, as it already feels pretty complete.

Be sure to check out Frozenheim on Steam today!