Growing up, video games were a luxury and a half. I didn’t have my own Game Boy for a very, very long time; I ended up having to play on my aunt’s (which she kept in the junk drawer in the dining room hutch). When I finally got one, it was an incredibly lucky find at the local Goodwill. The only problem was that it didn’t have a back cover to hold the batteries in. But, everybody knows the simple solution to all of life’s little woes: duct tape! Thus began my love of handheld gaming. Why the long story? Well, it’s my very long-winded way of saying that I get unreasonably excited for anything that looks retro and handheld. So Save Me Mr. Tako: Definitive Edition from Christophe Galati looked too good to pass up. 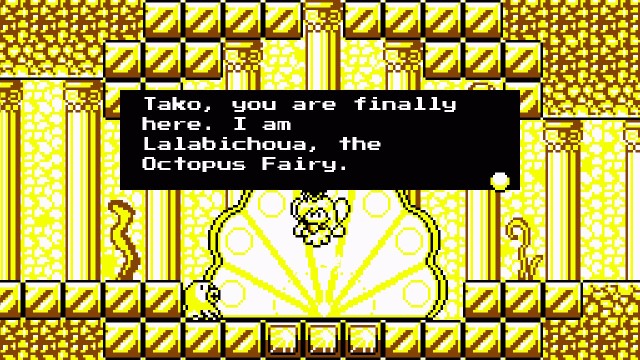 Save me Mr. Tako takes place in a world where octopi are waging war against humankind. The game opens with the titular octopus, Tako, joining a raiding crew that storms a human ship. Seeing a woman forced off the ship into the raging waters of the ocean, Tako can’t resist jumping in after her, helping her to shore and saving her life. This puts him at odds with the rest of the octopi in their underwater kingdom, and he soon finds himself opposing his brother’s efforts to conquer and subjugate the humans. Thus begins Tako’s epic journey across the land, trying desperately to right the wrongs he comes across.

I was honestly and pleasantly surprised by the depth of the story. I’m not going to say that the storyline and dialogue are groundbreaking or absolutely riveting. Still, for a game so heavily inspired by classic handhelds, there’s a surprising amount of story and an even more surprising amount of dialogue. Perhaps most surprisingly, there are quite a number of sidequests. So while Save Me Mr. Tako is definitely inspired by handheld games of yore, it builds on that inspiration, rather than remaining completely stuck in the past. 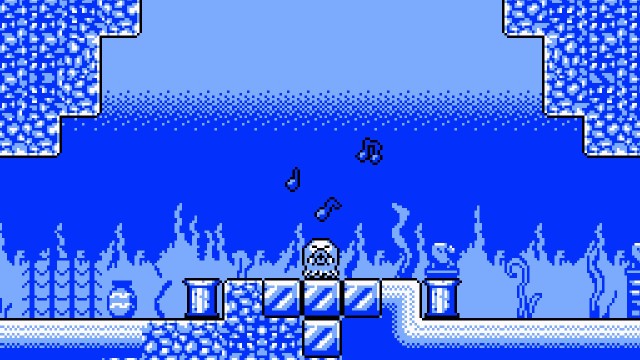 Gameplay is obviously where a retro-inspired platformer should shine, and overall, Save me Mr. Tako is pretty solid in this department. You can move side to side, jump, and, my favorite, shoot ink blobbins at enemies to briefly paralyze them, allowing you to use them as platforms to jump on. You can also kind of “catch” a ledge if you aim just right, allowing Tako to scramble up and over instead of falling to his doom. I’ll admit it took me longer than I’d like to admit to figure that one out. The game also has a rather delightful hat system, wherein you can discover new hats for Tako to wear, bestowing upon him different abilities. For example, one allows you to shoot arrows, another allows you to wield a prince’s sword, and another inexplicably sprouts flowers behind you as you move about. The hats are especially helpful, as on normal difficulty, the game has a strict “one hit and you’re dead” policy.

I’ve Got an Inkling… 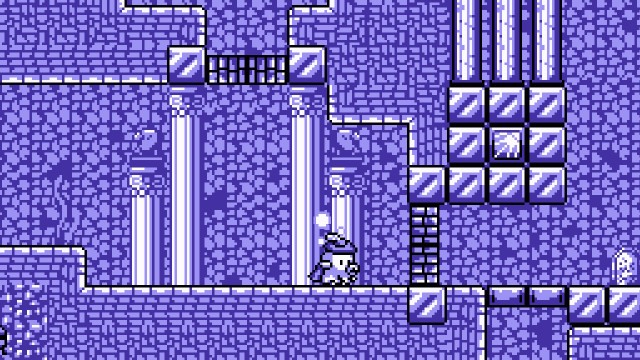 The artistic direction of Save me Mr. Tako leaves little room for improvement. As I’m sure you’ve noticed from the screenshots, the game is quite faithful to the old green-screen Gameboy. Everything is done in wondrous, glorious, beautiful pixels. The developer did an excellent job capturing the magic and nostalgia of a Gameboy classic. I especially appreciate that you have different palette options. Tired of the ol’ black-and-green? Swap it out for blue. Or put it on auto, and let the game change level to level and world to world. And, of course, the music perfectly matches the game’s style. Chip-tuney and catchy as hell, don’t be surprised if you find yourself singing dorkily along or humming part of the soundtrack hours later. 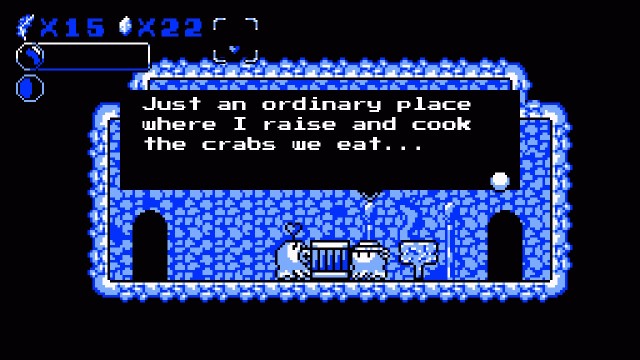 There are a lot of positive things to say about Save me Mr. Tako: Definitive Edition (as I’m sure you could tell from above). There are some things that I think did end up hindering the game overall. Unfortunately, it does tend to get a little repetitive. With over 50 levels split up over 6 worlds, levels within the same world can start to blur together after a little while. Every level essentially follows the same formula: get from the beginning to the end, and find any hidden human that needs rescuing. There are plenty of hats to help you on your quest, but they, too, eventually feel repetitive. Quirky and entertaining, for sure, but repetitive, as at the end of the day, most of the useful ones just use a different projectile to freeze enemies.

Something to Octopi Your Time

Save Me Mr. Tako: Definitive Edition hits a lot of the right notes: beautifully nostalgic, quirky, and fun mechanics and catchy music. With a surprising amount of dialogue, secrets to find in each level, and 50 silly hats to discover and wear, there’s plenty to keep you coming back for more. If you’re in the market for a game that pays homage to the good ol’ days of the Gameboy, I think you’ll find plenty to love here. Especially since the game offers adjustable difficulty, so if you, like me, aren’t super great at platformers (but love them anyway), you can scale the game somewhat to your abilities.

Merry Frank Westmas The original Dead Rising was one of the first games I ever purchased for the Xbox 360 ten years ago, and was a console exclusive. Being…