This Game Stands Ahead 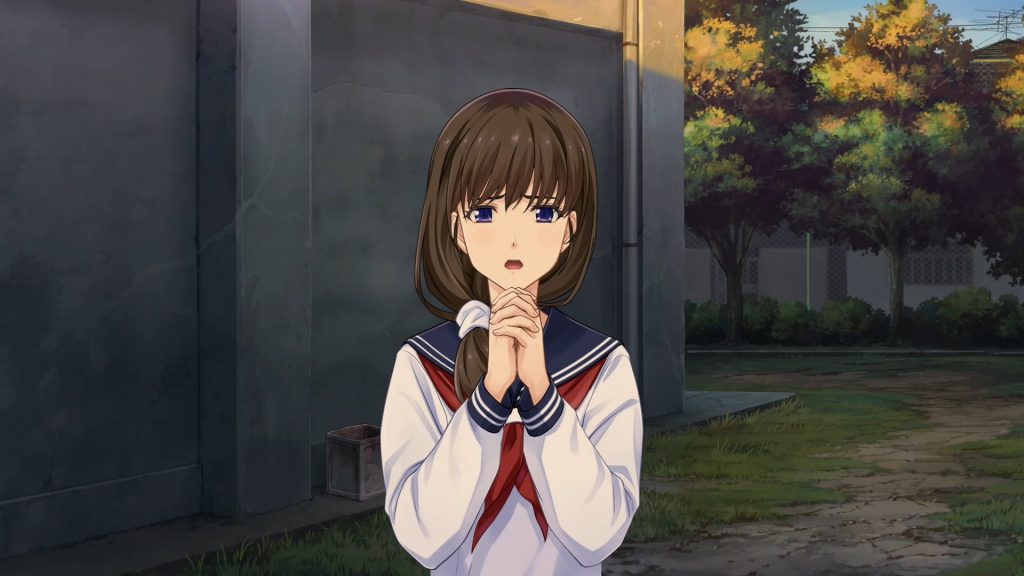 Releasing both Famicom Detective Club titles at the same time is an interesting move by Nintendo. In many ways, they’re incredibly similar, while in others, they’re very different. Striking a much spookier, more supernatural tone than The Missing Heir, Famicom Detective Club: The Girl Who Stands Behind is the stronger game. If you’re going to play just one of these titles, this is the one to play. However, those who have an interest in both should start with The Missing Heir, despite this being its prequel.

If you haven’t read my review of The Missing Heir, I would recommend starting there. I cover a bit of background on the series that I’m not going to go into a second time. Suffice to say, fans have waited a long time for both of these titles. 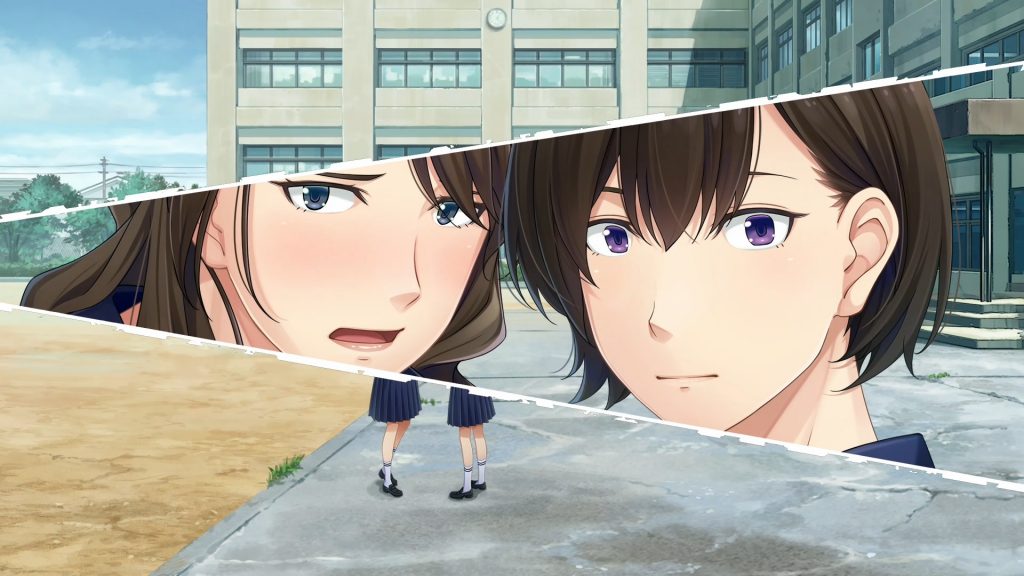 You start The Girl Who Stands Behind a few years before The Missing Heir. You’re a runaway kid looking for his birth parents when you meet Detective Utsumi. He takes you in, and soon enough, you’re an assistant at his agency.

The mystery begins when you’re summoned to a river where the body of a local student was found. Evidence suggests she was murdered. Because of another commitment, Detective Utsumi lets you take the lead on the investigation. He’s more present than his role in the first game, but you’re still mostly on your own. 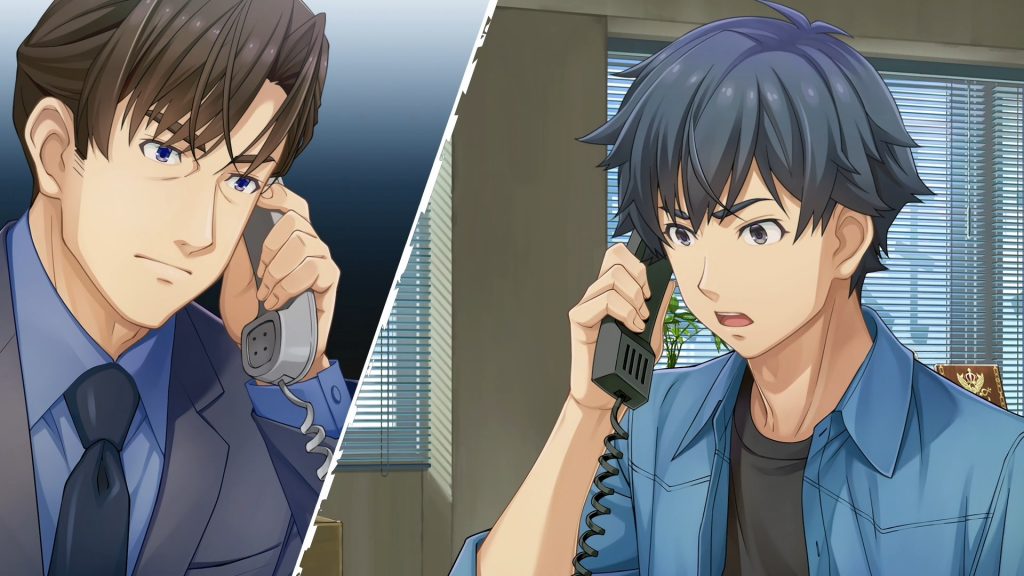 Well, not completely on your own. You again have the support of Ayumi Tachibana. In the first game, she was your fellow assistant, someone you could periodically run things by. Here she’s still a student, a close friend of the murdered girl. Despite your protests, she insists on becoming part of the investigation.

I’m glad she did because she’s a consistent help and is easily the most likable character in a game with a lot more of those than The Missing Heir. She has a ton of personality, and her passion for this makes it easy to see why she became a beloved character.

There are a lot of fun characters in The Girl Who Stands Behind, however. You’ll meet an interesting cast, including the school janitor, a few different teachers, fellow students and friends of Ayumi, and even a local detective who likes to dress like Sherlock Holmes. Each of them is interesting, and many have motives that make sense but aren’t immediately obvious. There’s genuine character development this time around, leading to a much deeper and more satisfying story. 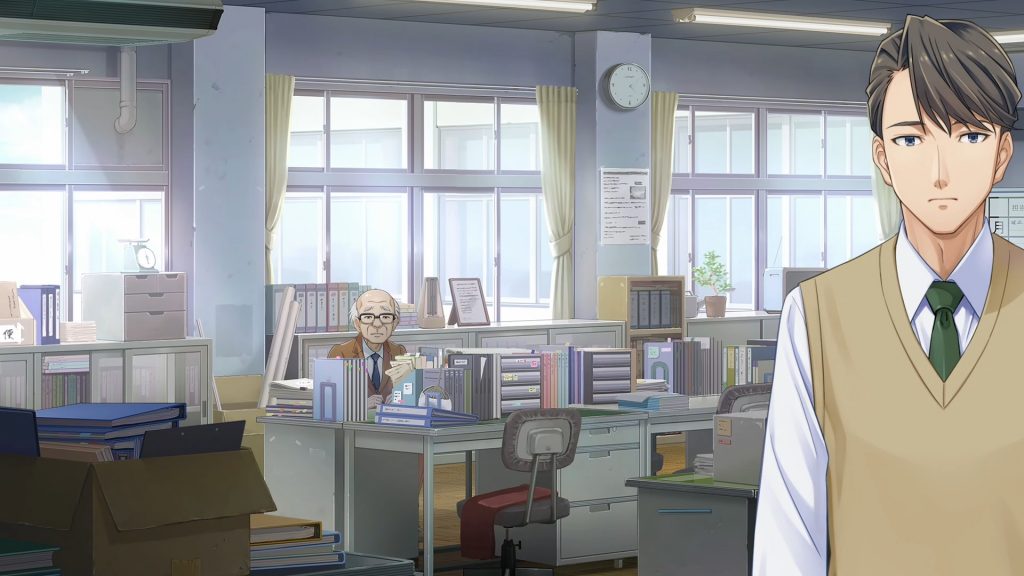 The gameplay is mostly the same as in The Missing Heir. This time you don’t have amnesia, so the remember command is gone, but a think option is functionally similar. Most of my complaints about the interface still apply here, but they’re generally less of an issue. The sequences forcing you to type in an answer randomly are gone. Instead, you’ll once in a while have to deduce what character is involved in something from a full list of the game’s cast. It makes you feel a little less like Holmes, but it’s much more functional. Hints hidden in the dialogue make a lot more sense here as well. Maybe I was just more experienced, but it felt like I needed a lot less trial and error.

The tone this time is a lot more sinister as well. While The Missing Heir hinted at possible supernatural elements, they were mostly dismissed as talk of superstitious locals. This time they’re taken more seriously, perhaps due to the protagonist’s younger age. Or perhaps they just fit into the story more, one where a ghost story told by local students and even teachers becomes a major plot point. There’s a sense of dread permeating things. It doesn’t hurt that the victim this time is an innocent teenage girl instead of an older woman and that it’s clear from the start that you’re dealing with a murder.

All of the strengths of The Missing Heir are still present as well. The Girl Who Stands Behind is beautiful, with fantastic new art bringing a retro title into the modern-day. The music perfectly sets the creepy vibe the game is going for. If you like, you can again choose the 8-Bit versions of each song.

I hope I’ve made it clear that this is easily the superior Famicom Detective Club title. That said, if you’re going to play both, start with The Missing Heir. This is technically a prequel, but some of the details provided here will give away things hidden by your amnesia in the original game. They are available individually or as part of a two game bundle.

Some of the same problems that the original had are still present here. However, with a far stronger story featuring a fantastic tone and better characters, they’re a lot easier to forgive. It definitely works best after playing the original, but if you only want to play one of these titles, jump right to The Girl Who Stands Behind. It’s a story well worth your time, even after all these years.

Full disclosure: This review is based on a retail copy of Famicom Detective Club: The Missing Heir.