Get ready for a barnyard blitz in the Rocket Rumble Open Beta, running from May 28th – May 30th. 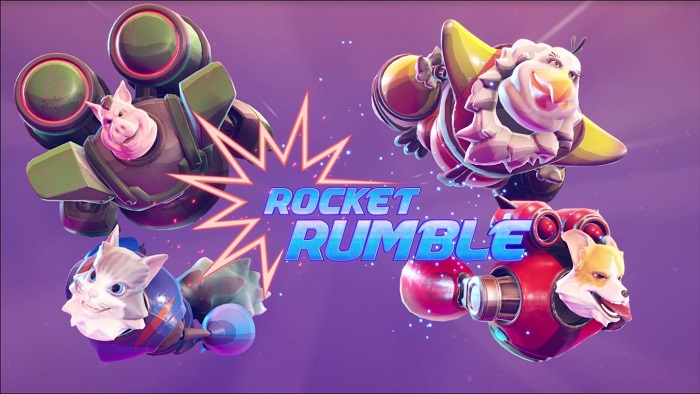 Do you like racing? Do you like clobbering people while you race? I sure hope so because those two are being bundled together into a cozy little package called Rocket Rumble. The game plays something like a mix of what I can only describe as Ratchet and Clank with wipEout. Cartoonish graphics, high-velocity, anti-gravity racing that looks like it’d make a wicked kids’ show. 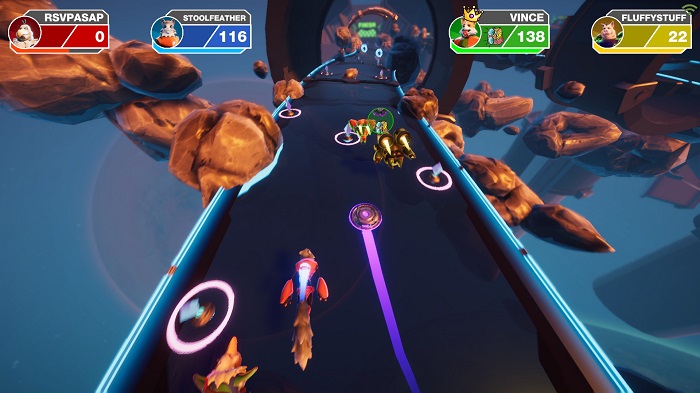 Man, these Animal Crossing minigames are getting intense.

You race colorful animals suited up in rocket suits, speeding down Hot Wheels-esque planets, all exotic but full and interesting. While the action looks vibrant and wacky, it’s also slick and stable, running smoothly despite all the chaos unfolding. There’s plenty of customizations for your aeronautical animals that you’ll be racing with, each one easy as could be to spot amongst the tracks, never feeling lost as they dart around the slick tracks.

The game will support both online and offline co-op, making this a rarity of the modern era to still have couch competition. There’ll be an open beta playtest going on over the span of the weekend (May 28th – May 30th) with hopes to reach Steam’s early access this Summer, and I’ve already signed up for it. If you’re in need of some fun, zany party racing, sign up and give it a shot! Who knows, you might be my next opponent.

Are you interested in checking it out? If you are, you can download the Rocket Rumble open beta here.

What do you think of the look of the game? Will you be getting an early taste of the action with the Rocket Rumble open beta? Go ahead and let us know down in the comments below.