Speed Through Some Big Announcements 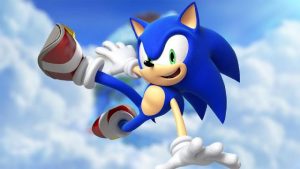 Yesterday we brought you news that a Sonic stream would be coming to you today. Well, we’re back to bring you all the details of these big Sonic announcements.

The biggest news from today’s stream may be the one we have the least details about. A brand new Sonic the Hedgehog title is in development. Developed by Sonic Team, we only got a short teaser to tide us over for now. Perhaps Sega will have more details in the weeks ahead. For now though, we do know that it is planned for a 2022 release. Sega plans to release the title on a wide variety of platforms. These include Nintendo Switch, PS4, PS5, Xbox One, Xbox Series X and Series S, and PC.

If you need to go fast a little sooner, Sonic Colors: Ultimate releases on September 7th, 2021. A remake of a title for the Nintendo Wii, you can check out the first trailer below. It is coming to Nintendo Switch, PS4, Xbox One, Xbox Series X and S, and PC via the Epic Games Store.

A compilation of many of Sonic’s early titles called Sonic Origins is also in development. It will feature the first three Sonic games and Sonic CD. Maybe the biggest news though is that Sonic 3 & Knuckles will be included. This title has been left out of many recent releases amid speculation that there were rights issues with it. Being able to play this classic again is welcome news. More details, likely including platform in release date, are coming later this year.

Sonic will also appear in a number of upcoming Sega games in cameo roles. A Sonic Pack is coming to Two Point Hospital on July 30th. This includes Sonic outfits and décor for you to spice things up with. You’ll also be able to dress your avatar up as Sonic in Olympic Games Tokyo 2020 when it releases June 22nd. Sonic the Fighters will be a featured arcade game in Lost Judgement, the sequel to Judgement which was recently announced for later this year.

A few other tidbits were announced such as upcoming events in mobile titles, games being ported to Amazon Luna, and games being included on PlayStation Now. Sega even showed off a new animation coming later this year called Sonic Colors: Rise of the Wisps. A new Sonic concert is also coming. If Sega plans to reveal this much any time they run a Sonic stream, sign us up for more. You can view a full recording of the stream below.

Clid the Snail Review: Shell Comes to PC   Part of being an indie fan means I’m drawn to games that are strange, unusual, and often original. Games like…