And Now, For Something Completely Different

In 2017, developer Housemarque proclaimed that “Arcade is Dead.” For some players, this probably seemed puzzling. Hadn’t arcades, at least in the US, been pretty much dead for close to 20 years? For those in the know, though, this was a bigger deal. Housemarque are the developers behind such retro-inspired titles as Nex Machina, Resogun, and Matterfall. All of these were arcade-style games with a modern twist and high production values. They were the bread and butter of the studio. They were proclaiming, however, that this was over. Citing poor sales, despite wide critical acclaim (check out our review of Nex Machina!), something new was needed. That something new is Returnal.

At first glance, Returnal bears no similarity to Housemarque’s past. A high-budget, 3D action game on a new flagship system is a big leap from smaller, mostly 2D, arcade-style titles.  You play as Selene, an astronaut who crashes on a world that is constantly shape-shifting. Searching for a white shadow radio signal that you picked up in space, you’ll soon find that there’s a lot more to this planet than you initially thought.

While the stunning forests, haunting interiors, and desolate deserts you’ll fight your way through feel removed from Housemarque’s past titles, their DNA is actually thoroughly embedded in Returnal. You fight your way through six biomes, one area at a time. In each area, you’ll find some combination of enemies, items, and information. Enemies attack in recognizable patterns that wouldn’t feel out of place in a game like Smash TV. Or in Nex Machina, for that matter. Beneath the high production values, there are actually a lot of arcade elements here. It’s basically a bullet hell title. The game’s look just works like a trojan horse to sneak them in.

The development team’s expertise at this sort of title shines through. Selene controls like a dream. Super sharp gunplay with a wide variety of weapons left most of my deaths feeling like my fault. Simple mechanics like a dash that can move you through enemy attacks are incredibly intuitive. A move to a third dimension can sometimes be tricky for developers, but Housemarque handled it well. 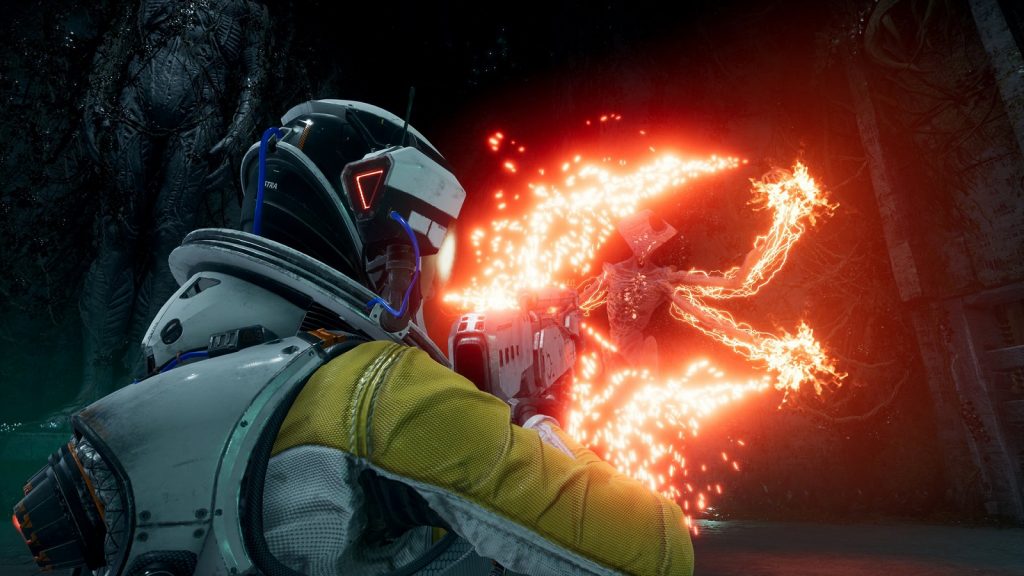 Returnal is also a roguelike. This is another style of game with deep arcade elements, though one Housemarque has only played with sparingly in the past. Short, repeated runs where most progress comes from improving your skill define them.

As you play through Returnal, you’re going to die. You’ll probably do so a lot. I died three or four times in the first hour. Selene returns to her ship every time, starting the entire experience over. One of the game’s core mysteries is why she keeps dying and how she remembers this. A few key items and upgrades do stick with you after death. So do a few key resources. Your gear, however, and most of your resources are gone.

Even much of the knowledge from your past runs will leave you. Every time you restart, the game starts you back at the beginning, but as you leave your crash site, you’ll find that the planet is not the same one you last explored. Familiar elements will show up. As you explore the same areas more and more, you’ll start to recognize rooms that you’ve visited before. This can be helpful as you’ll know where enemies may pop out. They’ll be in an all-new order, though, and the same ones won’t show up every time. Weapons and gear will be all new.

A big part of a successful run in Returnal is getting lucky in what gear drops. While you can manage with less than ideal items, getting through the game’s challenging bosses will push most gamers unless they have top items. 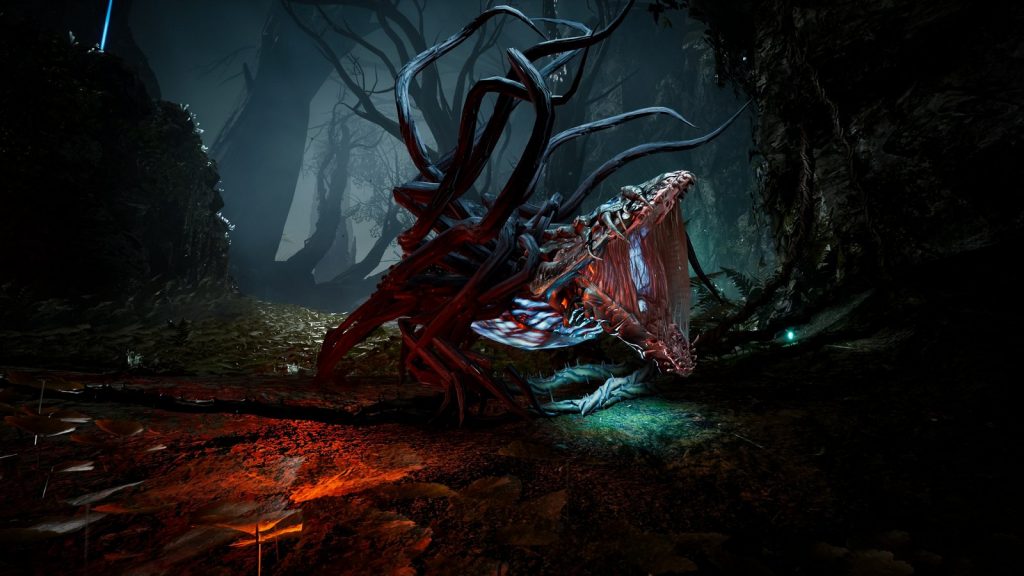 While the core gameplay works beautifully, however, Housemarque holding to its roots isn’t without issues. Trying to create a hodgepodge of different elements leave Returnal feeling unique. Sometimes there’s a reason things aren’t combined, though. The random nature of finding unique gear each time and repeatedly dying due to high difficulty is a core part of roguelikes. These games are designed around short runs. It’s why they work. Generally, a run in these games is somewhere between ten minutes and thirty minutes. Some games stretch closer to an hour. Because you can fit a run in so quickly when you die, you want to jump right back in.

That’s not the case with Returnal, though. Trying to be more modern seemingly, runs in Returnal can often last several hours. There’s no way to save mid-run. The developers have recommended using the system’s rest mode if you need a break in the middle. This is a workaround, though, helping make up for something missing in their game. Having that long to play in one go doesn’t always work for players. While sometimes bad luck can see you die much faster, long runs are not uncommon. Good gear goes a long way in helping you make progress.

Housemarque actually made this worse recently. They patched out an option that helped players heal, making progress more difficult. To me, it shows a lack of respect for their players’ time. There are also no difficulty options or anything to help you if you can’t overcome the game’s challenge. You will play the game how they want or not at all. One of my few gameplay complaints comes from occasional issues with the camera. There’s a reason most bullet hell games are 2D. This allows you to see in all directions and not get hit from behind. It isn’t frequently an issue, but it can be a frustrating way to die. You’ll need to keep your camera on a swivel. There are at least some nice accessibility options to help the gameplay feel good for different players.

Normally when you die in a game, you aren’t losing that much time. Here, however, you may have another two hours ahead of you just to get back to where you were. If you’re lucky. It can be enormously frustrating. When I die in a roguelike, usually I want to jump right back in for another run. That was often the last thing I wanted with Returnal. I’d put the game down, thinking I didn’t know if I wanted to play again.

These feelings eventually faded each time. This is due to how rock-solid the game’s core mechanics are. Just running around in these environments, shooting enemies, and trying to survive, is exhilarating. Returnal, at its core, is one of the most exciting action games I’ve played in years. It combines everything the development team does well with a more modern style. They hit most elements of it out of the park.

I just wish they had taken a bit more time to think about how those elements fit together. The actual design of Returnal is problematic. While I was willing to push through that most of the time, I wish I didn’t have to. This game is going to be a home run for many players. The core gameplay is stunning, and if you can sit back and enjoy the ride, you may love it. Just prepare yourself for what you’re getting into. The quality of Returnal makes me enormously excited for what Housemarque can do with higher budgets and modern games. I just hope they learn some lessons here to make their next title even better. Arcade is dead. Long live arcade.

Full disclosure: This review is based on a retail copy of Returnal. 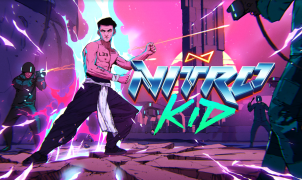 Feel the Rhythm…and the migraine. Remember Tetris? I sure do. Fun colors, catchy Russian music, and the compounding sense of panic that would well up within you as those…