I Told You There Was No Game Here! 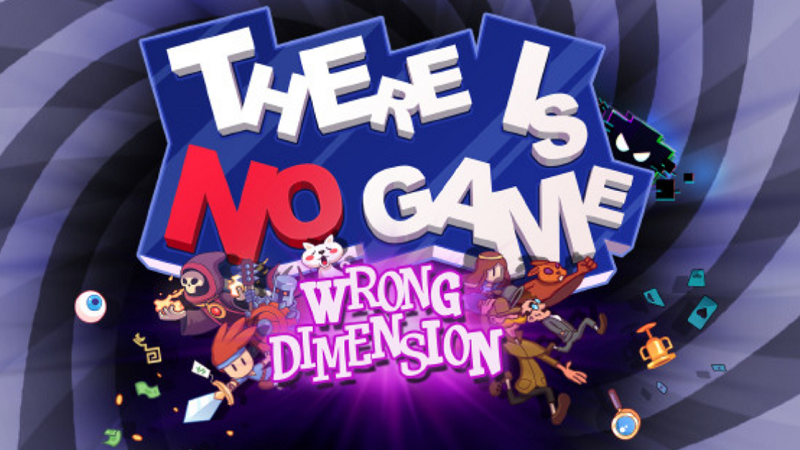 How do you play a game that doesn’t want to be played? Draw Me A Pixel’s There Is No Game: Wrong Dimension has a delightfully unique premise: the game does not want to be played. In fact, the game’s sentience, known simply as “Game,” will do everything he can to ensure that you cannot play him. 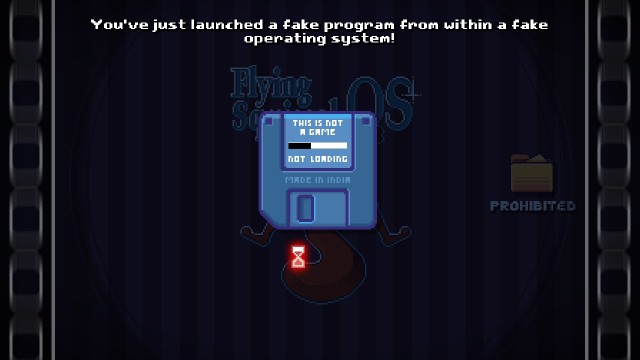 There Is No Game opens up with options that are designed to turn you away from playing. Once you push through, Game himself will intervene, throwing up barriers to prevent you from starting him up. He continually warns you that you need to stop, but everyone knows that just makes you want to do something more. Unfortunately, pushing and pushing and pushing doesn’t exactly end well. Somehow, you end up releasing a glitch, a game glitch with an ominously deep voice named “Mr. Glitch.” Soon after, you find yourself stuck with Game somewhere that’s, well, not his game. And you’ll need to work together to find your way back and stop Mr. Glitch. 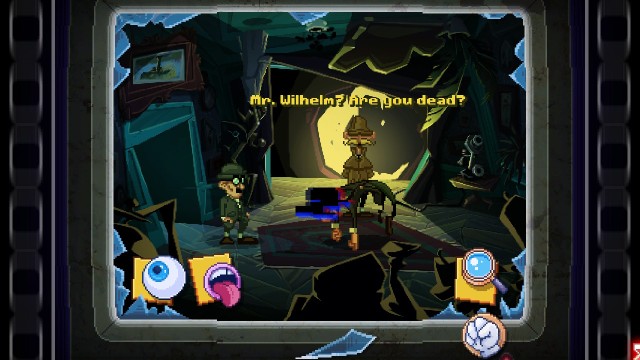 Although There Is No Game is billed as a point-and-click game, it’s far more creative than the simplistic mechanics would have you believe. It begins fairly easy – pick up a screwdriver to remove some screws, lift a key and drag it to the door to unlock it. But it quickly gets more complicated from there. You progress through stages, for lack of a better word, and each one is wildly different from the other. For instance, you’ll find yourself watching a TV drama, and you’ll need to rotate the television itself to look at the back of the show’s sets and find items needed to solve puzzles. Another stage has you trapped in what’s essentially a Zelda clone, and you have to help the hero find the magic sword and save the day.

The puzzles are wildly creative. You’ll lift and drop heavy weights to force things to rattle free – or to help a certain hero jump to avoid damage. Need to plug a hole, but you don’t have any dirt or stones? Maybe all those coins will do in a pinch. Looking for some snow to use? Well, what was it that people call TV static again? While one or two puzzles did feel perhaps a little esoteric, on the whole, they were extremely well balanced. Challenging without being frustrating, and often punny, they felt like the perfect difficulty.

We Have To Go Back, User! 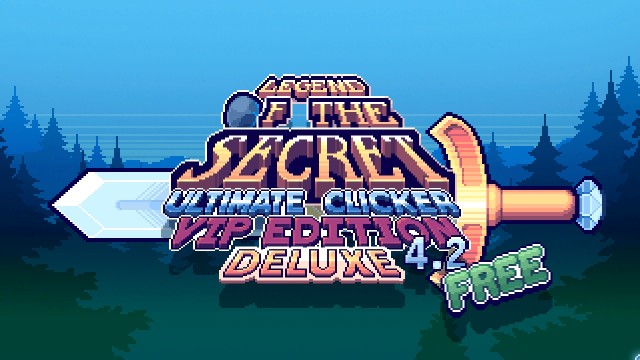 I’ve said it before, and I’ll say it again: I. Love. Pixel art. I know that sometimes it’s just a shameless injection of nostalgia, but it works extremely well here. It’s charming, and it suits both the game’s story and its gameplay. Sound effects are solid, though music can be entirely forgettable at times.

Every now and then, a game comes along that just absolutely blows up your expectations. There Is No Game: Wrong Dimension is one such game. Superb design, excellent voice acting, with a surprisingly moving story, it’s an undeniably endearing and unique experience. Honestly, it’s hard to find anything to criticize with this game. If I had to be really nitpicky, I suppose that the game is perhaps a little on the short side, and maybe a couple of the puzzles were a little too esoteric for my brain to readily solve. If you’re looking for a unique point-and-click to take a break from your usual genre, I honestly couldn’t recommend this game more.