Looking for a Place to Call Home 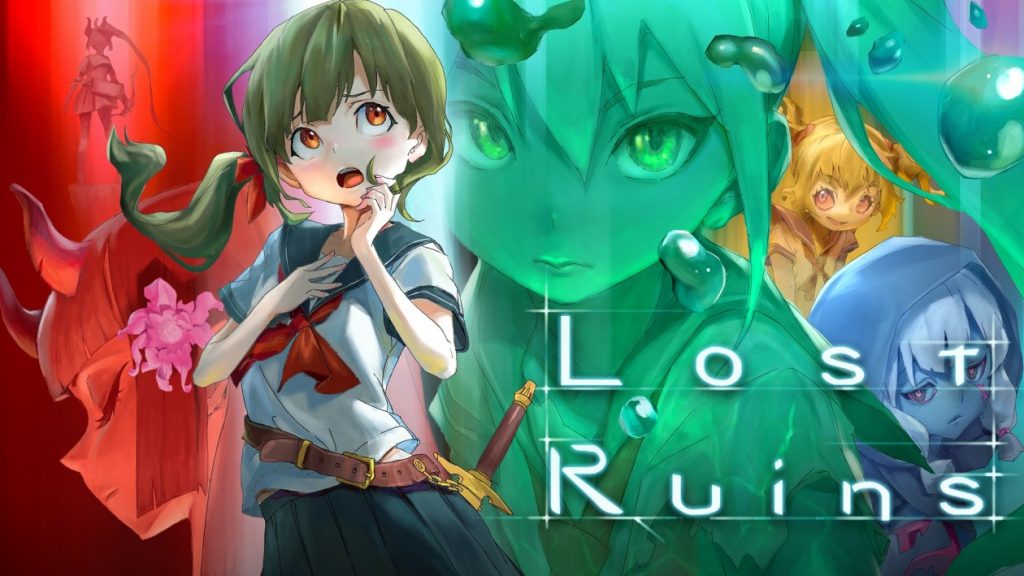 It usually isn’t too hard to liken a Metroidvania to something else out there on the market. Is it more platform-oriented? Bam, it’s more Metroid than Castlevania. Does it favor RPG elements over a completely platform-oriented experience? Easy, it’s inspired by old-school(ish) Castlevania titles more so than Metroid ones. Now, I know it’s not quite that simple anymore. Metroidvanias, as a whole, have come pretty far, and there’s way more nuance going on now than they used to be. Still, with that having been said, I don’t think that I’ve ever had trouble comparing any Metroidvania game that I’ve played to one of the two inspirations behind the genre before… at least, not until I played Lost Ruins.

If I had to describe Lost Ruins to you as quickly and accurately as possible, I’d tell you that it feels like a bizarre combination between Momodora: Reverie Under the Moonlight and Salt and Sanctuary—two other Metroidvanias which are unique in their own right. And just what does that mean for Lost Ruins exactly? Obviously, that it’s not exactly your run-of-the-mill Metroidvania experience. But as for what that means, exactly? Well, we’ve got an entire review to go over all of that! 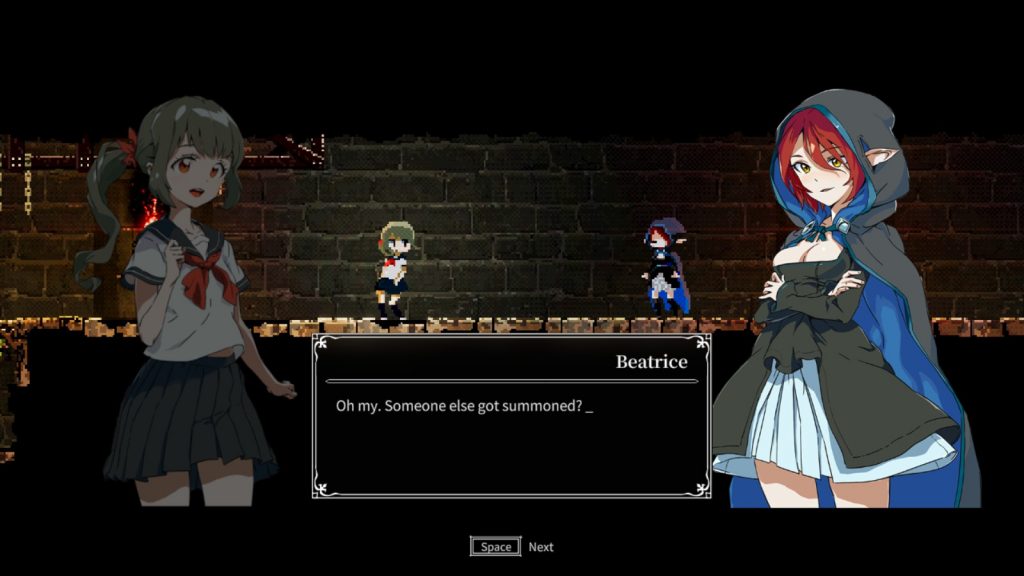 Lost Ruins‘ story centers around an amnesiac schoolgirl who suddenly finds herself summoned to and subsequently dumped into a mysterious, other-dimensional castle. Having literally no idea what’s going on—or even who she is at this point—she continues to press forward. Fortunately, it isn’t long before she finds an ally in the mysterious sorceress Beatrice, who informs her that the Dark Lady has sealed her memories away and that the only way to break said seal is by defeating her minions scattered about the castle. Desperately wanting her memories back (and literally having no other choice at this point), the young heroine sets off, unsure of what dangers await her further inside the castle walls.

Lost Ruins is a short game, and it does not dedicate much time to storycrafting. Outside of the scraps of lore found in books and journals tucked away in parts of the castle and the occasional conversation, you aren’t going to get much in the way of a narrative. And, to be frank, what is there is fairly predictable. Lost Ruins isn’t overly concerned with telling you a soul-shattering story. It would much rather dedicate all of its energy not related to gameplay into creating a bevy of cute anime girls with jiggle physics that are honestly pretty impressive for a 2D pixel-art game. It knows what it is; it’s unapologetic about what it does, and, as far as I’m concerned, that’s perfectly fine. 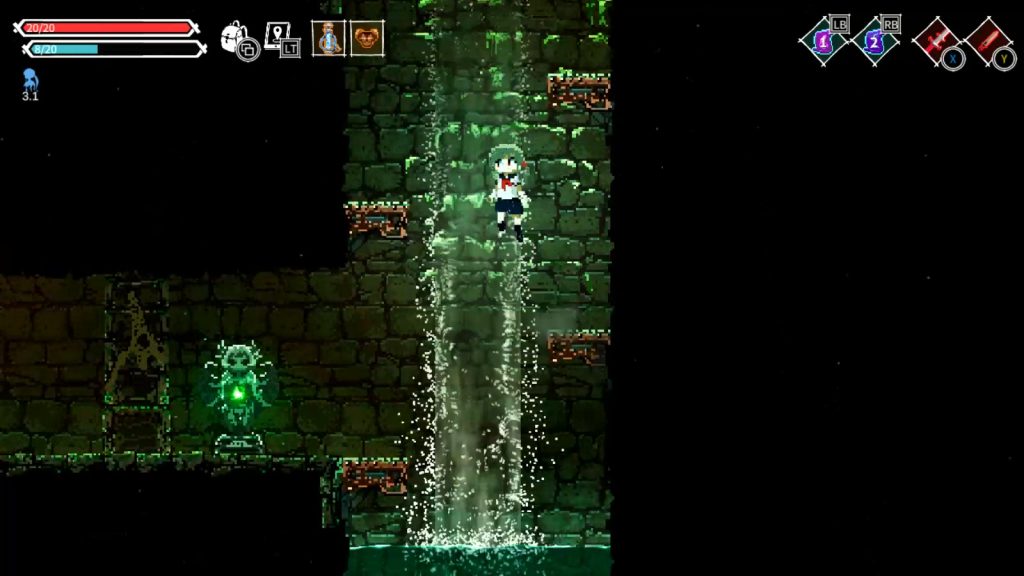 Lost Ruins offers plenty of challenge, but there’s not much going on in the platforming department.

I want to make it clear that I was sure to beat Lost Ruins (with the Holy Sword, I’m proud to say!) before writing this review. And, having said that, I’ll admit that I was so focused on other aspects of the game when beginning this review that I hadn’t really stopped to think about how everything was laid out map-wise. However, now that I have stopped to think about the game’s layout, I’ve realized something—Lost Ruins probably has the least interactive map of any Metroidvania game that I’ve ever encountered.

You can relax if you’re bracing yourself for impact—I’m not going to start ranting and raving because Lost Ruins isn’t built like a traditional Metroidvania. In fact, I would say that the fact that I didn’t put everything together until after I had finished the game works in its favor. That doesn’t mean that I think that its approach was the best one possible, though. While I do respect Lost Ruins‘ decision to approach the game in such an oddly bare-bones way, I’ll be the first to admit that it made progressing through the game feel emptier than it normally would in many other Metroidvanias. 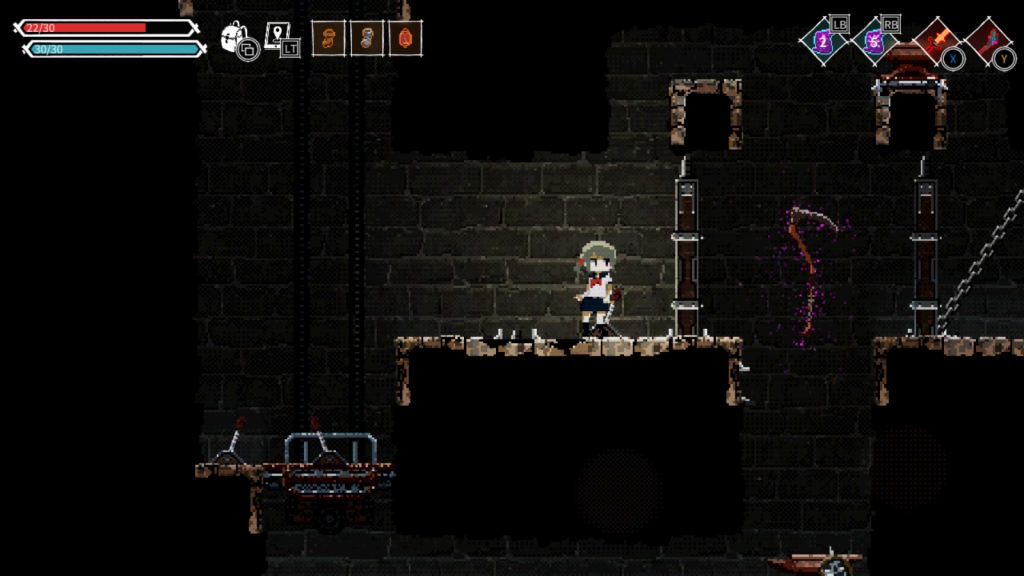 At least the game’s got some neat puzzles!

Because this game doesn’t offer much in the way of permanent upgrades (there are some, but they’re all combat-oriented), I never got that to experience that “it’s finally time to make this world mine” high at the end of the game. There’s no double-jumping, or wall-climbing, or zip-zooming around; you’re almost exactly as slow and fragile at the end of the game as you were in the beginning. I realize that the decision to do things this way was most likely due to Lost Ruins‘ heavy emphasis on combat, but, even so, excitedly awaiting relics that would let me explore new areas only to eventually realizes that those didn’t exist broke my heart just the tiniest bit. 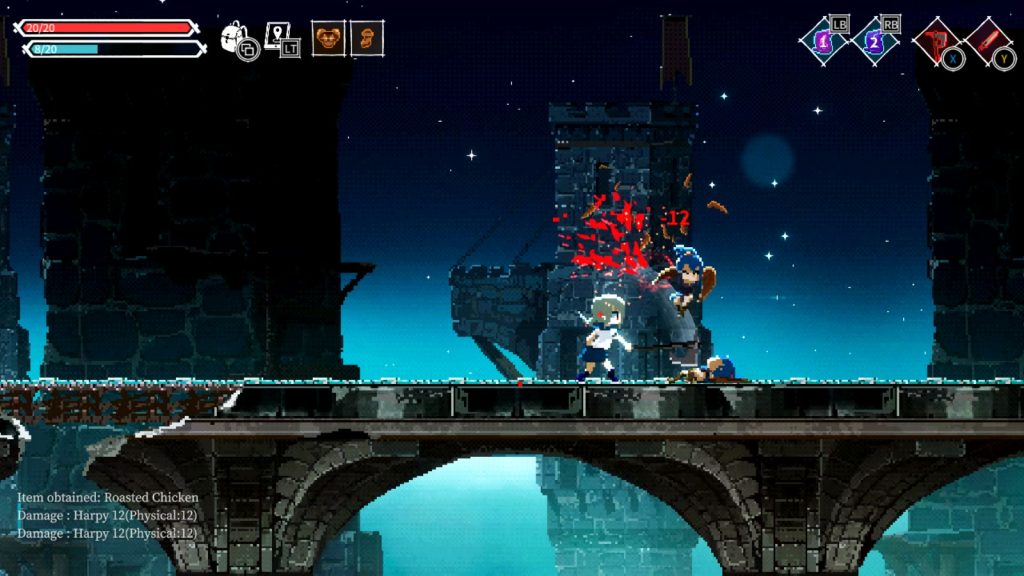 “Roasted Chicken?” Wait, what am I fighting, again?

Combat is absolutely Lost Ruins‘ bread and butter, and none of it is easy. From the very beginning, you’re treated to aggressive goblins, slugs that explode upon death, and super-speedy slime girls, and believe you me when I say that things don’t get any easier from there. Lost Ruins doesn’t want you to get anywhere without a fight, so fight you must do. Now, you’d think that, because this game relies so heavily on fighting, we’d be dealing with some mechanics that are, at the very least, somewhat polished. At least I did, anyway. But, nope, that’s not what you’ll be getting with this game at all.

By design, Lost Ruins is very clunky. You’ll never be able to move while attacking, your dodge rolls are deliberate, and, more often than not, your attacks—be they by sword or spell—feel way slower than they ought to be. However, what irked me more than anything was the fact that, for some reason, someone thought that it would be a good idea to completely kill your momentum when you attack mid-air. Combat is bad, and I’m pretty sure that’s by design. It’s very easy to die, and you’ll most likely die a lot. But, strangely, I… liked it? 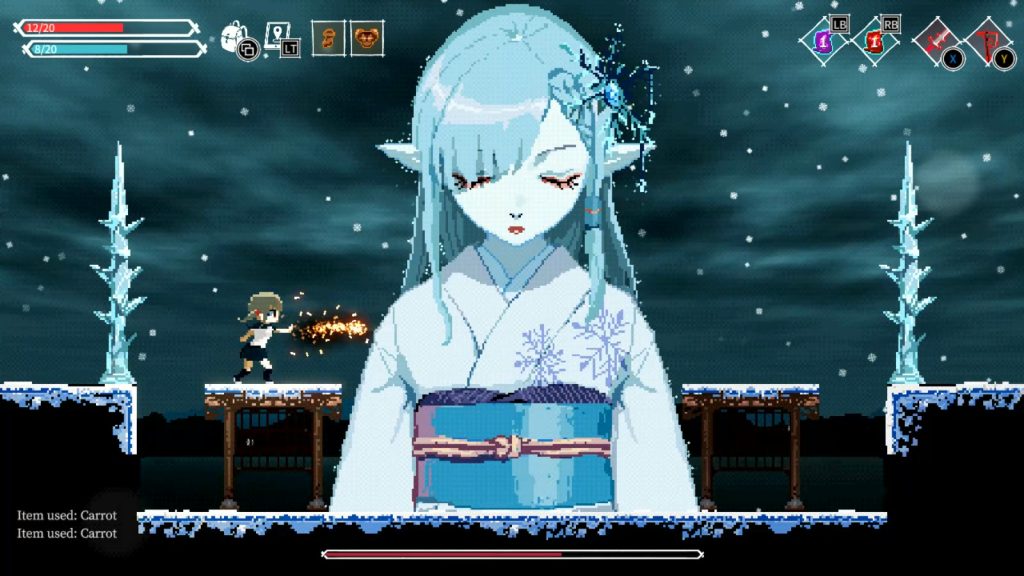 With all of my complaining, you might think that I hated every minute of it, but most of my time was genuinely enjoyable. Sure, I truly do hate the fact that I can’t properly do aerial attacks, but everything else is pretty easy to adapt to. What makes Lost Ruins unique is that it’s less of an action-based game and more of the Metroidvania equivalent to a survival horror game. Everything’s out to kill you, and everything—from the biggest demon to the tiniest fly (yes, those are enemies)—absolutely has the capacity to do so if you aren’t capable of protecting yourself. But becoming capable is where all of the fun is!

I wouldn’t immediately recommend Lost Ruins in the way that I might with other Metroidvanias, but it’s still a fun time overall. If you’re looking for a different kind of Metroidvania and don’t mind intentionally awkward controls, then give Lost Ruins a try. It’s honestly a nice feeling when you get all the way through it.

Full disclosure: This review is based on a copy of Lost Ruins given to Hey Poor Player by the publisher.