Capcom has made no secret of the fact that they have big things in store for the recently released Monster Hunter Rise, and it appears that the first major step for in Rise‘s roadmap will be taken today!

Announced during today’s Monster Hunter April Digital Event, Monster Hunter Rise Version 2.0 will include plenty of new content for players to enjoy, including the opportunity to hunt 3 returning Elder Dragons—Chameleos, Kushala Darora, and Teostra—as well as the fearsome Apex Rathalos and Apex Diablos. Additionally, Magnamalo, Rise‘s flagship monster, will be joining the roster of Rampage Quest monsters, while previously Apex Monster variants—Azuros, Rathian, and Mizutsune—will be available to fight outside of Rampages.

Outside of hunting monsters (although nothing is truly unrelated to hunting monsters, I suppose), players will be given the opportunity to unlock their Hunter Rank cap. As with previous games, this means that players will be able to start “leveling up” their HR by completing quests and gaining Hunter Points—a special type of HR-related EXP. As players increase their HR, they will be presented with new hunting opportunities—including encounters with the newly released monsters!

Layered armor creation will also be introduced once players have progressed to a certain point. While purely cosmetic, the ability to create and equip layered armor will provide players with more ways to express themselves while on the hunt. Ever wanted to run around in a Gargwa Mask without compromising your stats and skills? Depending on just how creative this update lets players get that might just be a possibility! And, for those of you who want to look fancy without sacrificing monster materials, new cosmetic DLC options will be introduced as well.

Monster Hunter Rise Version 2.0 will be available to download for free later today at 12 AM UTC. Are you up to hunting even monsters than ever before? Which returning Elder Dragon is your favorite? Will you be making masks to wear as layered armor, too, or is that just me being weird? Let us know in the comments below! 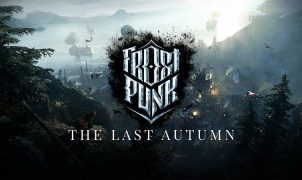