Run and Jump to the Music 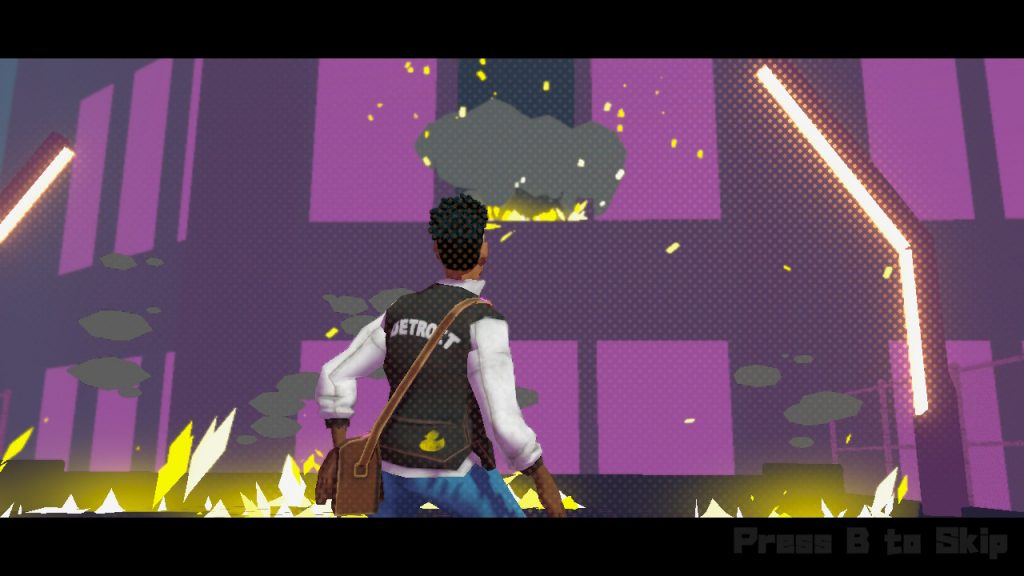 As a liberally minded gamer, Aerial_Knight’s Never Yield appealed to me almost instantaneously. Fast and stylish platfoming? Check. Fantastic music? Check. Representation for a POC developer? Check. So with all those out of the way, I pretty much knew I’d be trying out the Switch demo. Below are my thoughts of the current state of Never Yield. 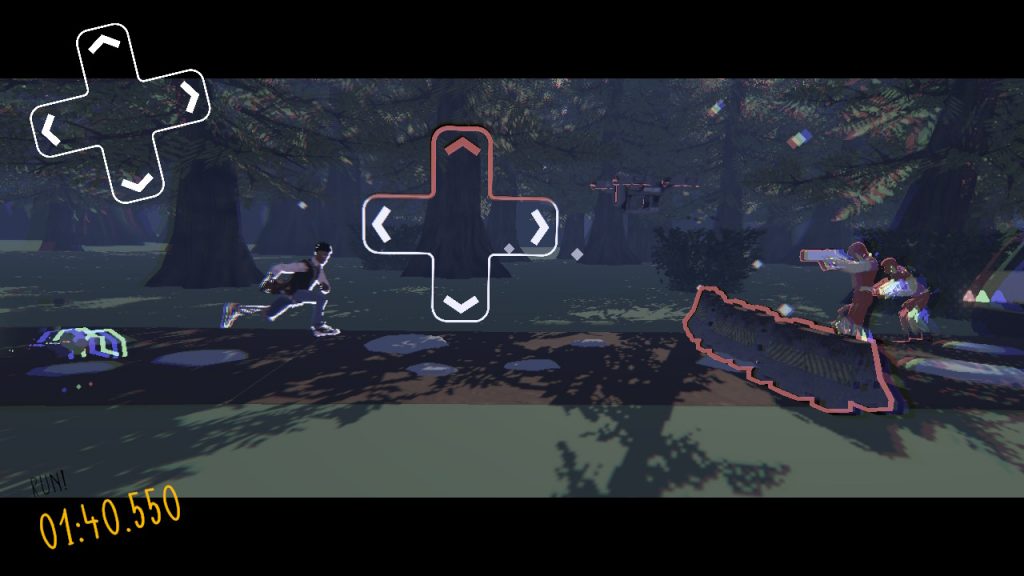 Though we don’t get much in the way of a plot in the demo, it’s clear Wally is being pursued. Both by humans and dangerous flying drones. The game does take place in futuristic Detroit, so that’s not really a surprise. And while part of me does want to know why Wally is being chased, for the demo that’s not really important. What is important is how any platformer controls. Never Yield reminds me a lot of games in the Bit.Trip series. Admittedly it’s far less strange, but similar in that failing to time your movements properly results in instant death. As far as the actual controls, they couldn’t be easier. 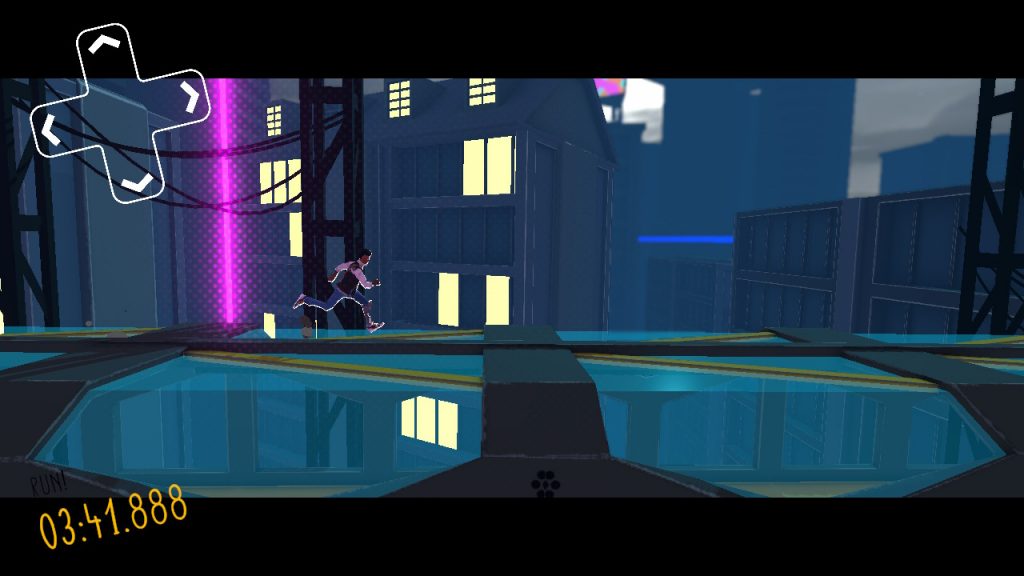 All of Wally’s controls are handled via the D-Pad. Pressing up flips you vertically over something; holding down keeps Wally sliding under objects; pressing left does a fancy aerial flip through apertures; and holding right makes Wally sprint, crashing through glass doors. It’s super intuitive, and there’s a handy slow-mo right before any action needs to be taken. That actually threw me off, since initially I thought I had to press the correct input the instant I saw a prompt. Turns out, a lot of the fun of Never Yield is getting the timing down, which only took me a few deaths. One especially smart decision was to color code the different buttons. Whenever you see a purple obstacle, you’ll know it’s time to slide. Or red means time to jump over something. That way you don’t have to overthink things, and can get lost in the rhythm of the game. 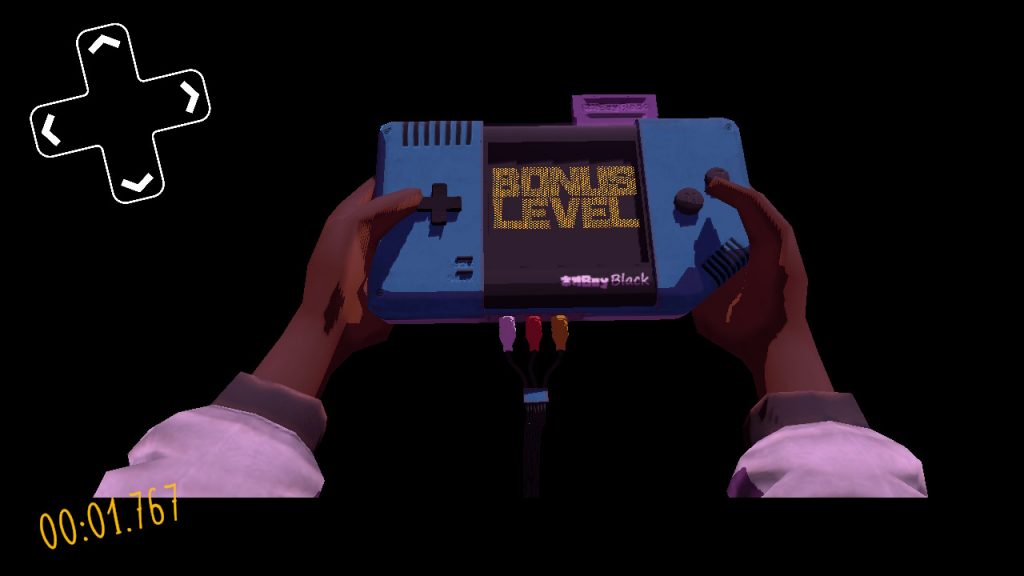 Besides avoiding gunfire from drones and flipping around like a parkour master, Never Yield has some additional content. In each of the levels of the demo, I found deviously placed coins. I didn’t get all of them, but I presume they’re used to unlock something. I’m not sure exactly what, but I would guess perhaps they are used to buy new outfits. I played around on the start screen, and found several lockers representing new outfits. They were all closed, however, so I won’t know for sure until the final build releases next month. I also encountered a sweet bonus level done in pixelated NES style. The controls were the same, but the button prompts were totally gone. So I lasted around less than a minute in the bonus level. Still, I appreciated the visual variety it introduced. 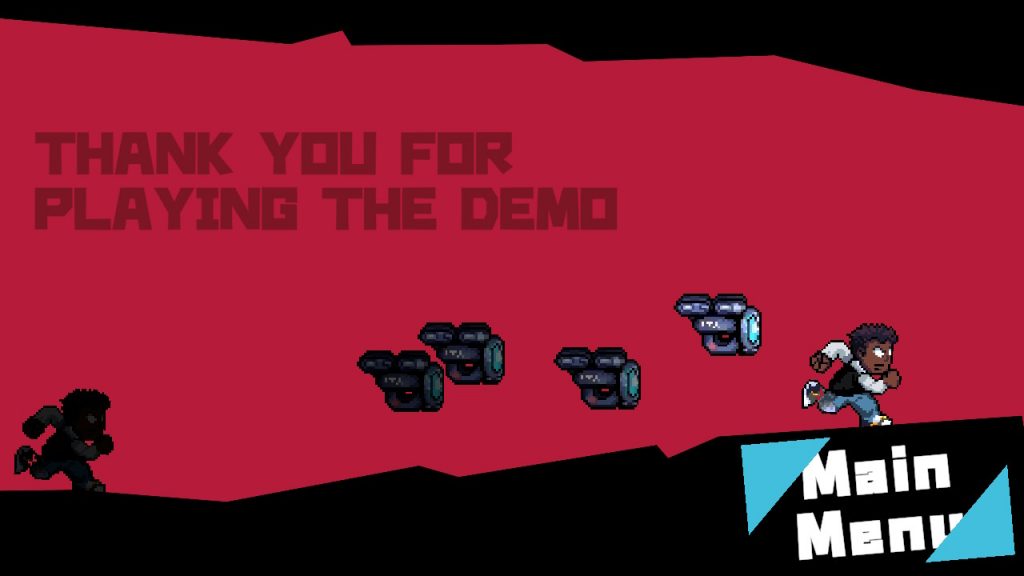 I’ve gotta say, despite only spending a little time with Never Yield, I’m very excited about the final build. Admittedly there wasn’t a ton of stage variety in the demo, but there’s enough to keep me entertained. Plus, helpful features like checkpoints and multiple difficulty options keep the game balanced. And coupled with the incredible music courtesy of Danime-Sama, I think this game will appeal to a large swathe of gamers. If you haven’t already, be sure to check out the free Never Yield demo on the eShop. And tune into HPP for more coverage of great indie games!