It’s morning — historically the hardest part of my day. In high school, my alarm used to be the carpool driver’s horn honking in my driveway so I could maximize the amount of sleep I got down to the last possible second; in quarantine, I wake up about five minutes before our daily check-in with the team, then roll over and get a few more zzz’s in before starting my day later that morning. Depression? Yeah. ADHD? Most definitely. Nocturnal? I’ve accepted it. It’s tough when you’re most productive at 2 AM because the world wants you in bed by then. And while it’s been fine during lockdown, the day will come when I’ll be forced to come out of this extended hibernation… and then what?

But I’m not worried about that this morning; after all, it’s a brand new day, which means that it’s time to check in on Cozy Grove. Like I’ve done every day this week, I wake up early, starting in the kitchen to make a cup of Earl Grey. Groggy but focused, I head into the living room and boot up the PS4. I check my emails while Cozy Grove loads — about 5 – 10 minutes. Gradually, the sound of gentle, dulcet tones begin to float across the room, rousing me from my phone and inviting me to play. I pick up my controller and watch as my cute little Spirit Scout wakes from her peaceful slumber. Our day begins. 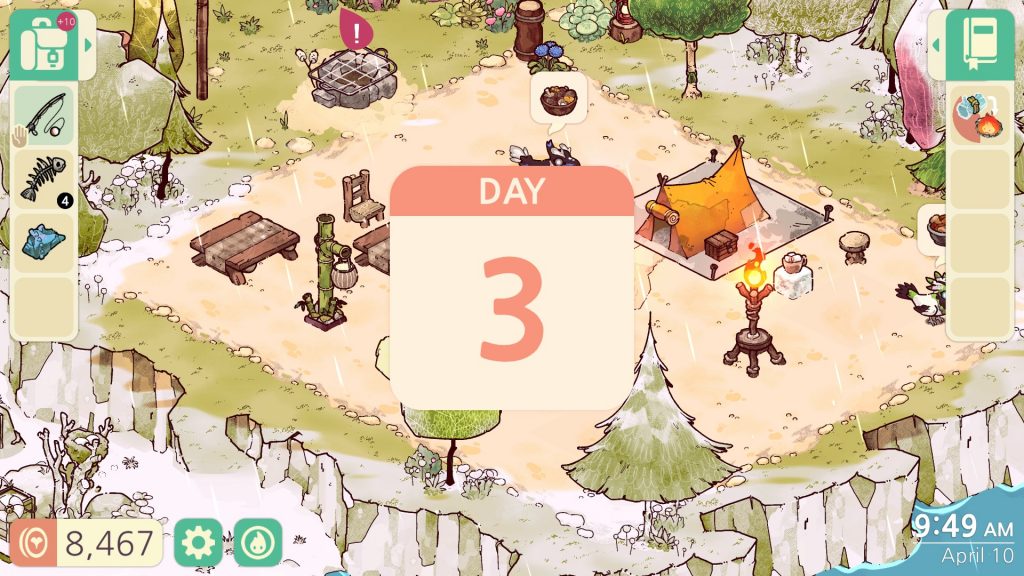 Like Animal Crossing: New Horizons, Cozy Grove features a cute little island full of crafting opportunities; like Spiritfarer, it’s full of animal spirits that need help reconciling life events before passing through the veil to the next world. As a stranded Spirit Scout trained to help spirits move on, it’s your job to unlock the mysteries of this island, help its inhabitants, and bring life to this haunted, hallowed place. Unlike both of those games, Cozy Grove asks players to log off after an hour or two; “there are no more spirits who need help today,” your friend Flamey, the camp fire, will advise after you’ve talked, fished, and crafted to your heart’s content. “Come back tomorrow.”

It’s an interesting ask, especially for a console game; a premise that might feel more at home on mobile, Cozy Grove is a slow burn on purpose. The spirit animals will only open up to you over an extended period of time, simulating how actual relationships are more likely to work. More often than not, chatting with them will yield the same few soundbites about crowdfunding your hospital bills or how it’s never too late to get into scrapbooking; on occasion, they’ll say something utterly heartbreaking, their struggles very human, very real, and very close to home. 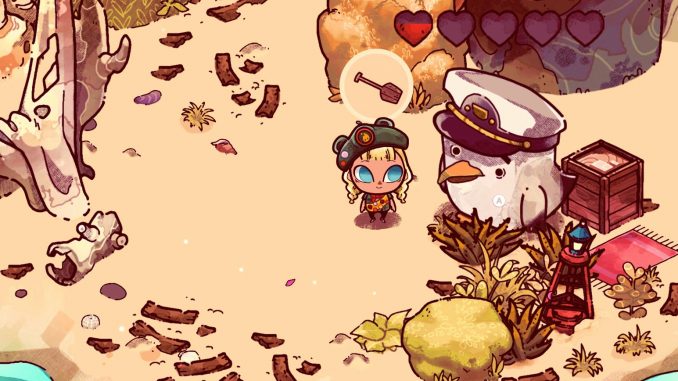 In essence, it’s a series of fetch quests — an animal spirit has lost a package, another wants to build something but lacks the required materials, so on and so forth. I spent the bulk of my time running around the island, digging up root vegetables and cutting down weeds. Doing favors for the animal spirits unlocks more of their stories, and they’ll grant coins and spirit logs to show their gratitude. Flamey loves spirit logs — if he’s fed enough, he’ll level up, the light he emanates illuminating the farthest reaches of the island bit by bit, animal spirits appearing one by one to slowly resolve their earthly regrets.

Of course, there’s more to the island than just the animal spirits, and since I wanted to make the most of my time being stranded on a not-so-deserted island, I figured I’d like to spruce my campsite up a bit. Unfortunately, that’s where I felt like Cozy Grove hit a bit of a snag; I was more than happy to undertake fetch quests until the end of time, but trying to perfectly place furniture and plants on an isometric plane is more of a challenge than it needs to be. 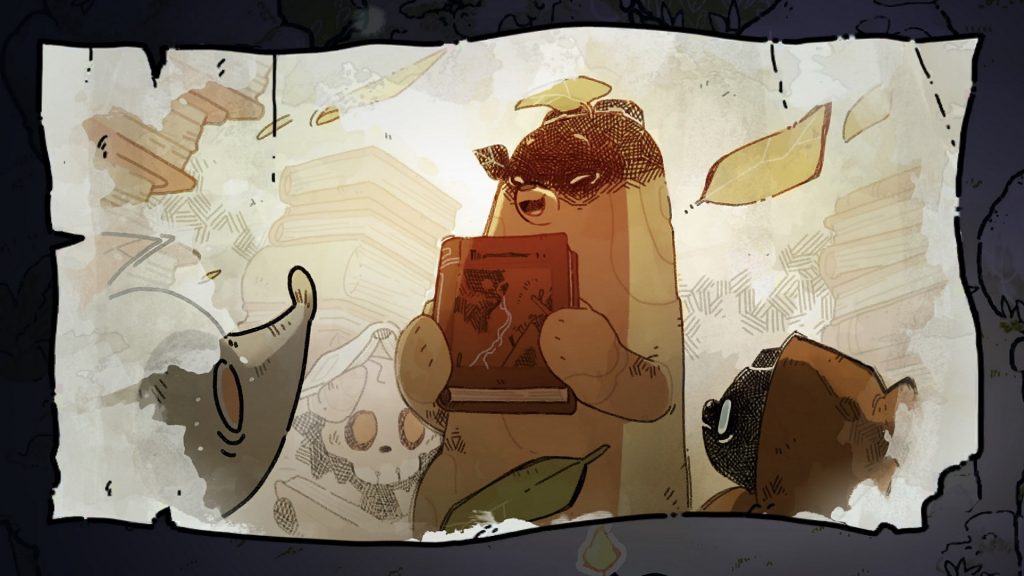 The challenges didn’t stop there, unfortunately; as much as I enjoyed running around the island in search of every last hard-to-see hoardable item, purchasing them was an issue. Want one salt, but Mr. Kit has two on offer? Guess what, you’re buying both — for some reason, there’s no way to specify how many of each item you want to purchase. Additionally, the economy is a little off-putting, since it feels like a mobile game without needing to. There are about 3 – 4 different currencies, some purchases requiring a mixture of both kinds, which feels unnecessary in a game people pay for. And while I get making people stop and smell the roses, taking things over the course of several days can get excessive — some fetch quests appear to require up to two weeks to complete. Cozy Grove is indeed cozy, but it feels like the developers were creating a mobile game and stopped short of any actual premium currencies purchased with real-world money to speed things up.

Despite any challenges faced, it doesn’t change the fact that Cozy Grove had a positive impact on me. I started getting up earlier in anticipation of checking in on Cozy Grove, each morning starting off a little bit more relaxed. With a cup of tea, a controller, and a soft blanket, I let the music softly play as I tended to my island, a warm and comfortable way to begin each day. If I feel stressed while working, I just listen to the OST on repeat, and I can feel my blood pressure drop almost immediately. Cozy Grove is not without its issues, but for the hour or so I spend with it each day, I am centered. I am at peace. I am content.

Cozy Grove invites players to be productive, but at a slower, almost foreign, pace. There’s no rush — all goals are achievable if you spend an hour or two each day on the island. This may not be everyone’s cup of tea, but if you pour one while you slowly wake up to calming music and simple fetch quests, it’ll set a relaxed mood for the rest of the day. If you enjoyed Animal Crossing or Spiritfarer, you may like this cute, chill mash-up best played in spurts. If nothing else, at least check out the soundtrack — I guarantee it’ll soothe the soul.

Editor’s note: This review is based on a copy of Cozy Grove provided by the developer.