Every Bit as Good as the Last 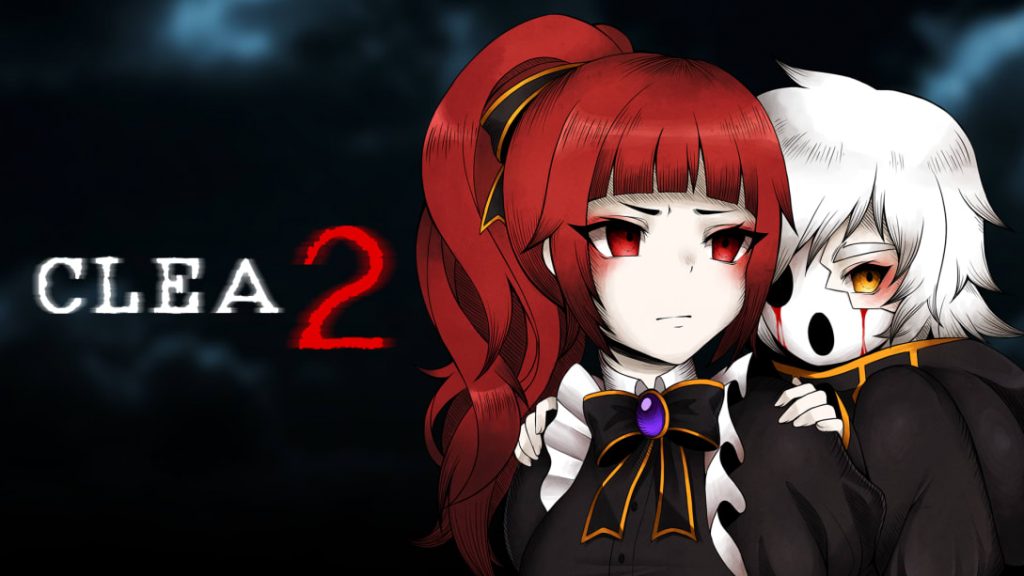 Last year I was given the opportunity to sit down and play through the horror game Clea. It was a simple game (mechanically speaking) with an intriguing story that promised to do something that most others within its genre don’t—to scare you without ever resorting to jump-scares. Could such a thing actually be done? Well, to put it simply, yes—and Clea definitely delivered on that front. It was a quality horror game with a unique premise, and I, for one, couldn’t wait for the sequel to come out (which the end of the game definitely set us up for). And, now that I’ve finally been able to play through Clea 2, I can happily say that I was not disappointed.

Despite being a sequel, Clea 2 doesn’t go out of its way to try to re-invent the wheel. It knew that the mechanics in Clea worked, moved all of those over, and focused on other elements of the game instead. It’s a game that, to put things bluntly, gives you exactly what you were expecting it to—and it’s all the better for it.

Also, before we continue, I’ll warn you right now that there will be some spoilers for Clea‘s story in this review. It’s not something I like doing, but it’s a little unavoidable this time—sorry! 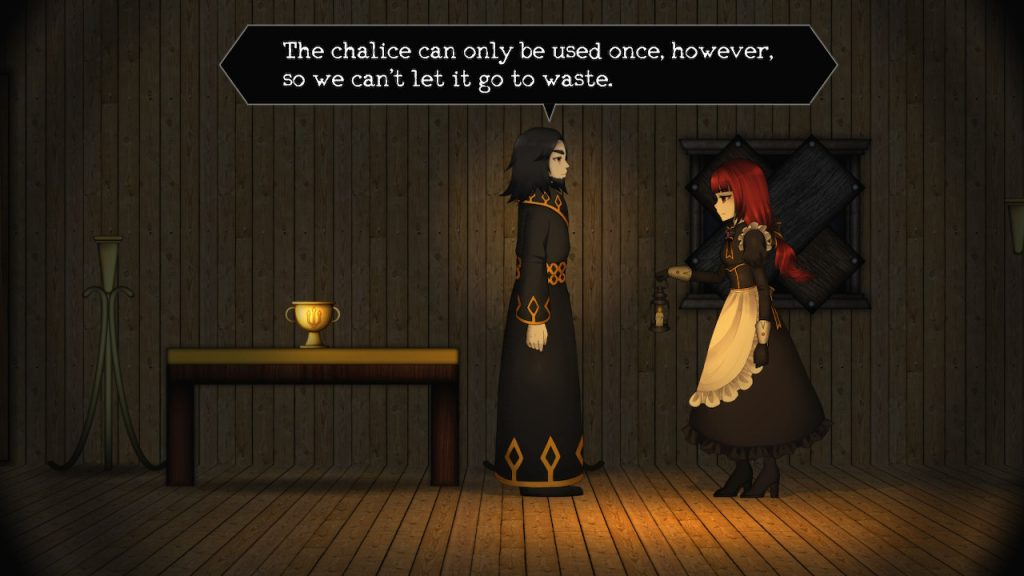 Better late than never, I suppose.

Clea 2‘s story picks up right where Clea‘s story stopped—albeit four years in the future—Florine, a former Whitlock Mansion maid, and major Clea antagonist, still attempting to atone for her terrible transgressions. While seemingly at a loss for some time, Florine eventually catches wind of the Chesters—a family with deeply rooted ties to dark magic and the occult. Realizing that they have in their possession an item known as the Soul Chalice, which could be used to bring back those who have departed from this world, Florine begins working there as a maid. Maybe “maid” isn’t the right word, though—she’s more of a glorified errand girl—and the “errands” the family sends her on will soon, quite literally, have her going to hell and back.

Much like the original Clea, Clea 2, because of its short length, doesn’t go out of its way to tell an overly lengthy narrative—but what’s there is quite good. In fact, I would say that, because it can use the first game as a stepping stone, Clea 2‘s story is even better. Admittedly, a lot of this does come from its ability to draw from its surroundings. Seeing as Florine spends most of her time in a wildly bizarre hellscape, there are plenty of overt and covert elements for the game to work into its story, and it does so quite well. It also successfully creates an interesting juxtaposition between the two games due to its new thematic elements, which, whether intentional or not, I would consider to be very tastefully done. 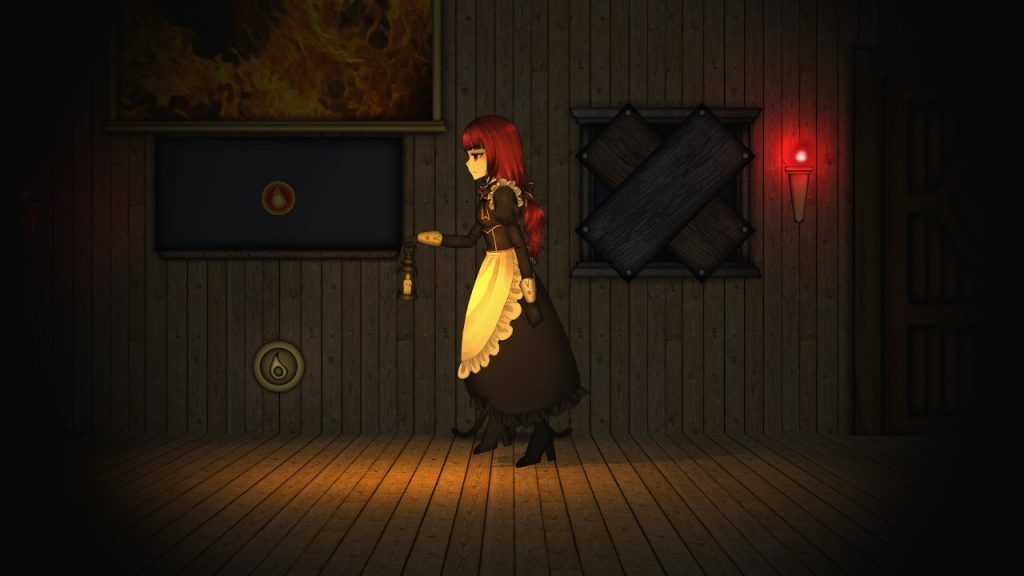 Here’s hoping you can work under pressure!

Clea 2‘s leading lady may be roughly twice the height of the first game’s protagonist, but don’t let that fool you—everything else has remained exactly the same. At least, in terms of core mechanics. I’m sure that that’s not enough of an explanation for everyone out there, so let’s dig into things a little bit more. Clea 2, like its predecessor, is a 2D, side-scrolling survival-horror. The premise also remains incredibly simple—all you need to do is reach the end of each level. But, as I’m sure you’re well-aware, it’s nowhere easy as it sounds.

Even with an assortment of other-dimensional horrors trying to kill you, Clea 2 would be pretty easy if you just had to walk to the end, occasionally stopping to hide in a closet whenever something got too close. So, to stop you from doing just that, each level has a major puzzle—usually one that involves multiple steps—that you need to solve before finishing things up. And, while this wasn’t something new to this game, Clea 2‘s puzzles have a noticeably different air to them when compared to the first game’s puzzles. Some of this might be due to the fact that the game takes place in an alternate dimension, but I’d still like to think that the devs upped their game when it came to making puzzles this time around.

Hot on Your Trail 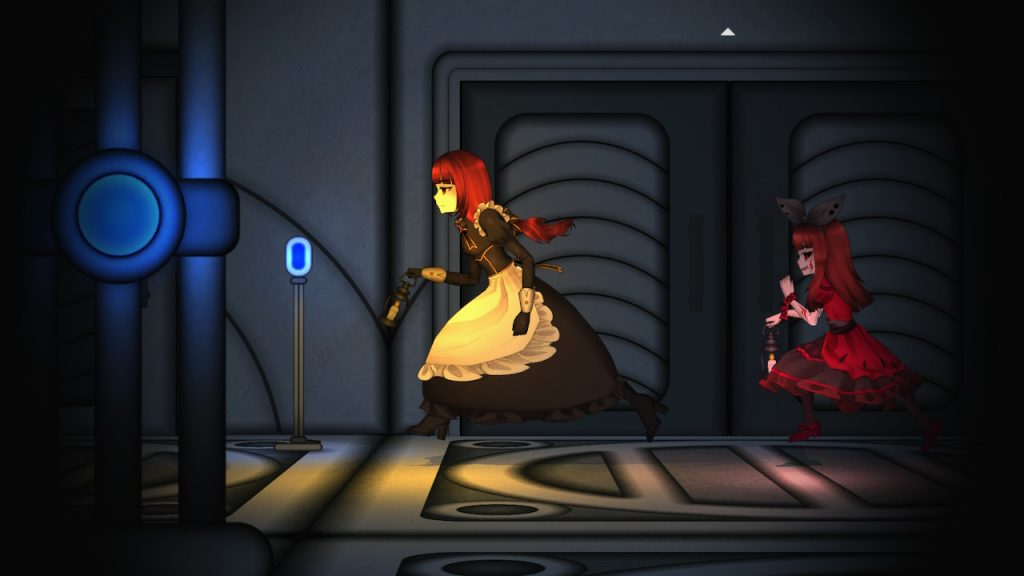 As I mentioned at the beginning of this review, Clea 2 is a horror game that promises not to ever resort to jump-scares. There aren’t ever any monsters hiding in the dark waiting to ambush you, and your enemies (usually) can’t do anything nasty, like automatically lock onto your position and teleport directly in front of you. In fact, barring a few instances, they have the exact same skillset as you, the player, do. And, yes, I mean that literally. Just like you’re able to hear them shambling around and opening doors, enemies will also listen for you (and most of them have really good hearing). Unlike with most horror games, out of sight does not mean out of mind, and, unless you like getting Game Overs, you’ll need to constantly ensure that you know where your enemy is.

None of Clea 2‘s individual parts are overwhelmingly scary on their own; what makes this game so much fun is just how well it combines all of its moving parts to create a single experience. Trying to solve increasingly difficult puzzles while being chased down by a slew of baddies that want to see you dead creates an air of anxiety that never really goes away. Clea 2 ensures that you’re almost never entirely safe while you wander around, and it’s very keen on making sure that you’re painfully aware of that in the best way possible.

Clea 2 is exactly what it needs to be—a short and engaging horror game with a unique mechanic that makes things just as fun as they’ve ever been. If you liked Clea, then you’ll most definitely like what Clea 2 has to offer. And, while the story might not make as much sense, the game’s good enough to stand on its own two feet if this is where you decide to jump into things. Either way, though, if you’re as much of a horror junkie as I am, you owe it to yourself to check Clea 2 out.

Full disclosure: This review is based on a copy of Clea 2 given to Hey Poor Player by the publisher.