Explore the Wastelands of Ashe

I’ve said it before and I’ll say it again: I love rogue-lite deckbuilders. It’s a genre I didn’t know was missing in my life until fairly recently, and now that I’ve started, I can’t stop. So I was more than a little excited to give Trials of Fire from Whatboy Games a try. At a glance, it’s got pretty much everything I love: post-apocalyptic fantasy land, turn-based combat, and deckbuilding. 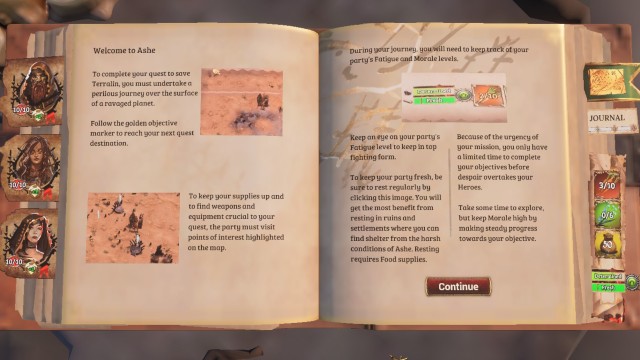 Let’s get what I consider the game’s sole failing out of the way early: Trials of Fire doesn’t offer a whole lot in terms of story. You’ll pick a quest, and as you wander the wastelands and finish objectives, you’ll be given tidbits of story here and there. Honestly, what little narrative there is isn’t all that compelling or interesting. But the way it’s presented does make up for that a bit. Trials of Fire literally plays out on the pages of a storybook, and as you gain nuggets of narrative here and there, you’ll get to read them on actual pages. It gives the game a rather lovely pen-and-paper roleplaying feel that I found extremely charming.

So while there’s not a lot in terms of character development or gripping narratives, Trials of Fire more than makes up for it with gameplay. There’s just…. So much to this game. I don’t say this often, but I was quite honestly blown away with the sheer amount of gameplay packed into what is ostensibly a straightforward game genre.

Options Abound From the Start 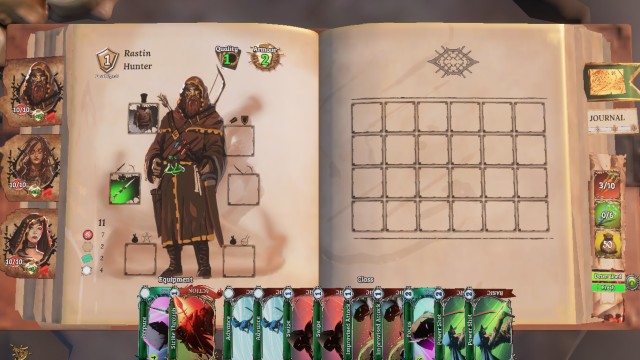 You’ll begin the game with only three characters to choose from (for a party of three), but as you progress, you’ll eventually unlock six additional characters. Once you’ve chosen your party, you can select the difficulty, the quest, and the length of your quest. I particularly appreciate the adjustable difficulty and run length – if you just want a short experience, you can finish in about an hour, but if you want to really get into it, you can make the campaign last a few hours instead. 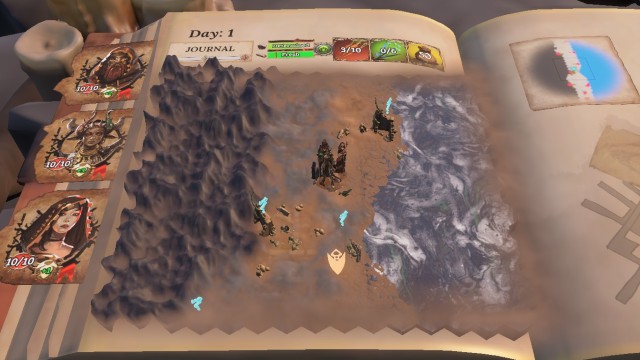 Once you’ve made your selections, you’ll be taken to the world map and given your first objective. The world map is appropriately desolate – sand as far as the eye can see, the scorched wastelands occasionally dotted with the remains of burnt forests. A helpful arrow on the map will tell you which direction you need to head to find your current objective, and a “Journal” meter will tell you how close you’re getting. Along the way, you’ll see markers scattered across the map. These will mark points of interest: settlements where you can buy supplies, locations where you can forage for materials and supplies and ruins where you typically need to fight enemies. Luckily you’ll receive some decent loot as a reward, and more.

While you are free to explore the land of Ashe in any direction you wish, you will need to be careful. You have two meters at the top of your screen that gauge your fatigue and motivation. If you’ve gone too long without rest, you’ll become tired, which will add cards like “Exhausted” to your hand during battle, which only take up space and offer no benefits. Thankfully, stopping your journey to make camp will restore both character health and your party’s fatigue levels. You’ll just want to be mindful of where you camp – if you camp out in the open, instead of in, say, a settlement, you won’t recover as much as you would somewhere safe. Your motivation will decrease as you explore – spend too much time looking through every ruin you come across, and you’ll find your party losing too much motivation.

A Board Game and Card Game in One 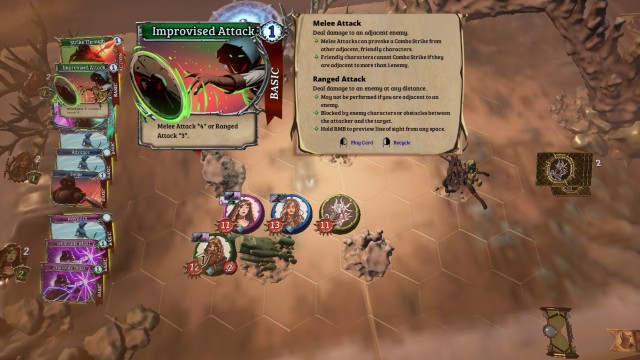 The combat in Trials of Fire is downright addicting. When you encounter an enemy on the map or in a scripted battle, you’ll move from the world map to the game board. Your characters and the enemies will appear as tokens on the hexagonal board. At the start of every turn, you’ll draw cards from your card pool. In order to use these cards, you need willpower. There are two ways to gain willpower: through card abilities, and through discarding cards in your hand. The latter is what you’ll utilize more often, which means you have to think carefully about which cards you can afford to give up and which cards you need to use. Discarding cards can have two other uses: you can move that character up to two spaces for each card in their hand discarded, or, if you take no actions, you’ll gain 2 points of defense to guard against attacks the following turn.

Since movement is limited, you’ll also need to plan ahead. Do you want to line up two of your close-range fighters so they can perform melee attacks? Or should you save attacking for your long-range fighter? To add yet another layer of strategy, the game board typically has several obstacles scattered about, and in order to use a long-range attack, the enemy must actually be unobstructed in your line of sight. 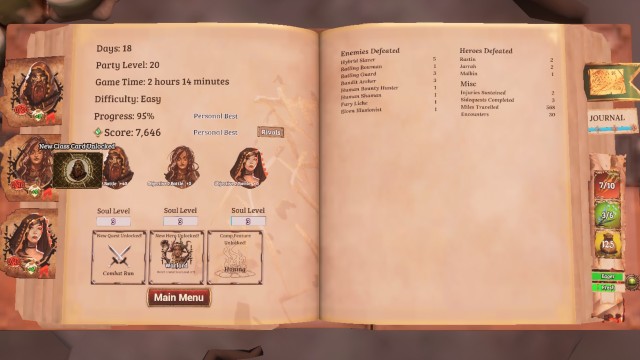 Should you win your battle, you’ll be given the opportunity to level up one of your characters. Doing so allows you to either upgrade an existing card in their deck, or replace an existing card with a selection of 4 new cards. Enemies will often drop loot as well. It’s particularly great when they drop new equipment, because this can be equipped to provide additional armor (which adds to your max HP when first entering a battle), as well as provide you with new cards to play.

There’s still more to this game that I simply don’t have time to cover, but just to give you a preview, you have the option to upgrade equipment if you manage to gather the correct materials, obtain followers who will give you various benefits, permanently level up your characters at the end of each quest which will unlock new cards for them, engage in side-quests, as well as daily challenges. Just to name a few.

An Addicting Entry in a Growing Genre

Trials of Fire just has so much to offer. Addicting combat, awesome art style, old-school charm, near endless amounts of replayability, and just tons of unique options. Couple that with the option to tailor your experience to your own time limits, and there’s very little not to love. Honestly, as I said before, my sole criticism of this game is that it presents the narrative in an okay-ish format. But it’s easily forgiven with the sheer amount of everything else available.

Editor’s note: A Trials of Fire review code was provided by the publisher. 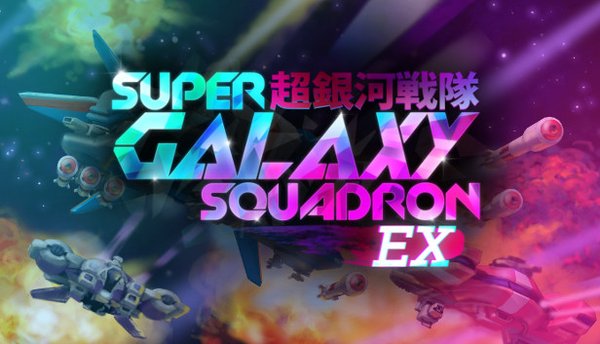 Saving the Galaxy, one Super Squadron at a time   Last year saw the release of a kickstarted shoot-em-up called Super Galaxy Squadron, a shmup which emphasized all of…