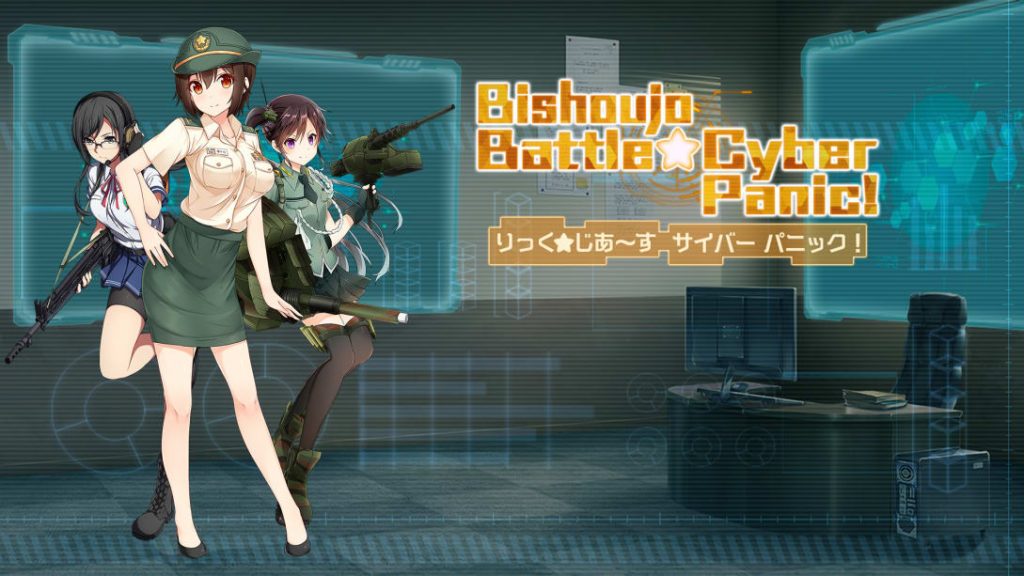 There’s something positive to be said for a game that tries to take an obscure piece of gaming history and revitalize it by putting a modern-day spin on it. And, to its credit, Bishoujo Battle Cyber Panic! is an example of that—but it’s not a very good one.

I don’t really like being too negative on a game just because it doesn’t have a very high production value. You don’t need to pull out all of the bells and whistles to make a great game. But you’ve got to try a little, you know? You can’t just slap a bunch of anime girls on a game and call it an “homage.” Well, I guess you can, but then you’d have this game. 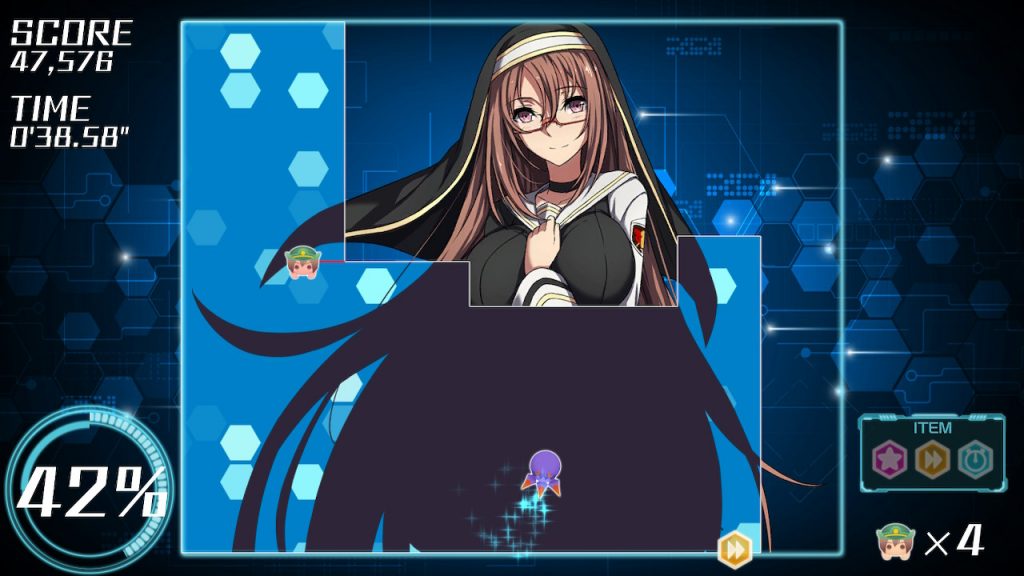 I’m sure we all know how to play Qix, right?

I’ll be honest, with a name like Bishoujo Battle Cyber Panic! I was expecting to have a little bit of excitement in this game. But, aside from the “Bishoujo” part, the title’s basically just a bunch of hoopla—it’s literally just anime Qix with better (and I use that word loosely, here) audio and visuals. I’m sure you know what Qix is, even if you didn’t know that that was its name—you just run around on the board drawing squares and trying not to get hit by the creepy-crawlies moving around. That’s all there really is to it.

I should probably make it clear that this isn’t a literal copy of Qix, though. Cyber Panic does have a bit of its own flavor. Anime girl-uncovering aside, Cyber Panic has a few enemies that I found fairly unique (if not somewhat annoying), and it even throws in a few power-ups. Unfortunately, all of these good things are counter-balanced by the fact that your character is frustratingly slow. Other than that, it works fine, I suppose. It’s not broken in any way. It just feels very uninspired. Also, the art feels weirdly inconsistent. That could just be me, though. 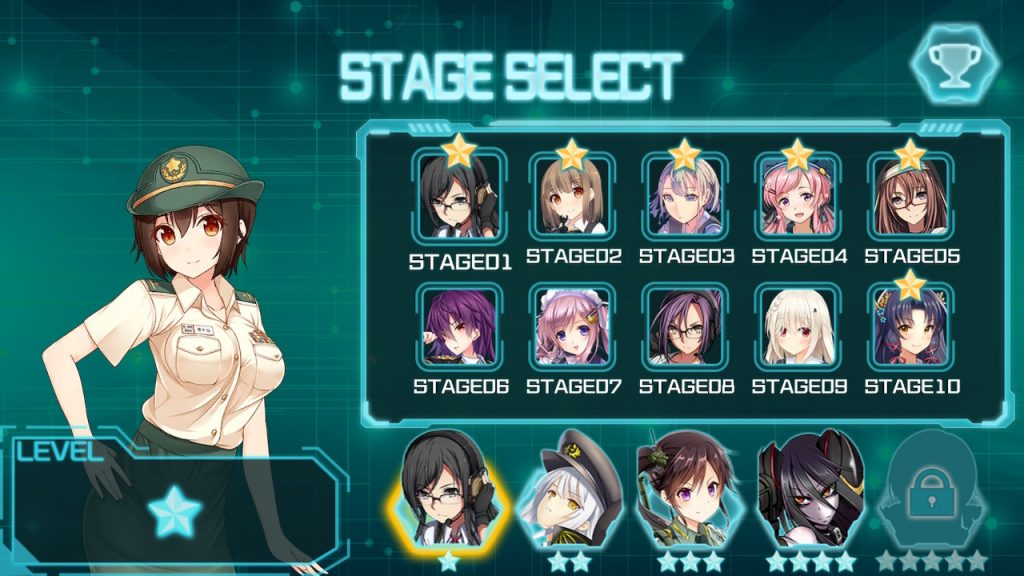 At least there’s some decent replayability.

By now, I’m sure some of you reading this are saying, “actually, this isn’t based on Qix,” and you’d be right. This was based on Gals Panic. What’s Gals Panic? It’s Qix, except you’re trying to uncover images of naked (or mostly naked) women. That’s what Cyber Panic is actually based on—their names are even similar. I’m totally fine with that—if you want to make some eroge, eastasiasoft, then you go for it. But you’re really not doing Gals Panic a service with this game.

I’m not an expert on Gals Panic. In fact, I’ve never even played the game. But, based on the little that I’ve seen of it, its devs put a lot more effort into it than Cyber Panic‘s did. Eroticism aside, the game looked pretty neat. The level designs were varied (as best as they could be, away), and they included several enemies (primarily bosses) that interacted with the player in really unique ways. While I didn’t even know that Gals Panic until I had to write this review, I’ve got to say that, now that I do, this “modern-day” homage feels way outdated compared to what it was supposedly inspired by. Aside from the fact that the background changes and the game throw more enemies at you, everything feels so same-y. Yes, I’m aware that, as a Qix clone, you can only do so much about that. However, after seeing what several games released back in the 90s were able to do, Cyber Panic feels incredibly lackluster.

Ain’t that a Qix in the Head

While I don’t ever really discuss why I score something the way I do in a review, I’ll admit that I struggled a bit with this one. I mean, this game is basically Qix, right? And Qix was good, so doesn’t that mean that this game is also good? In short, no; it doesn’t. While I understand what Bishoujo Battle Cyber Panic! was trying to do, it ultimately fails to provide anything novel to the table and doesn’t go anywhere near being as zany as Gals Panic did. If you have a few bucks and like both Qix and anime girls with no sense of artistic consistency, then go for it. Otherwise, I’d just go play one of the original games.