Keep your cool during Frost Islands hunts by unlocking its two sub-camps! 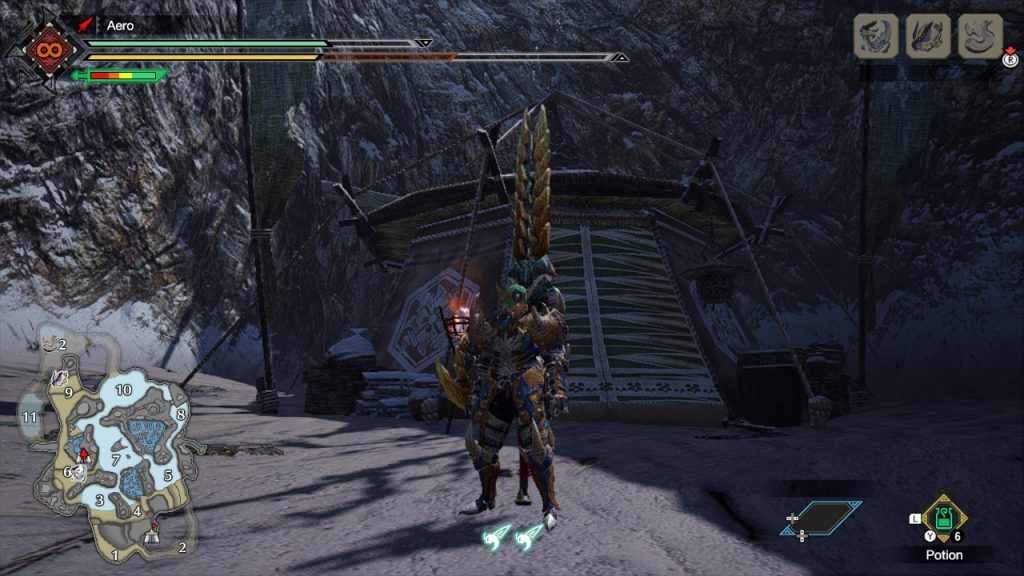 Fortunately, although locating some of these can be tricky, we here at Hey Poor Player will be going through each of Rise‘s unique locales in order to give you a helping hand regarding where to find each of the game’s sub-camps, and how you can go about unlocking them once discovered. And now, without further delay, let’s take a look at how to unlock the sub-camps in Rise‘s second area, the Frost Islands! 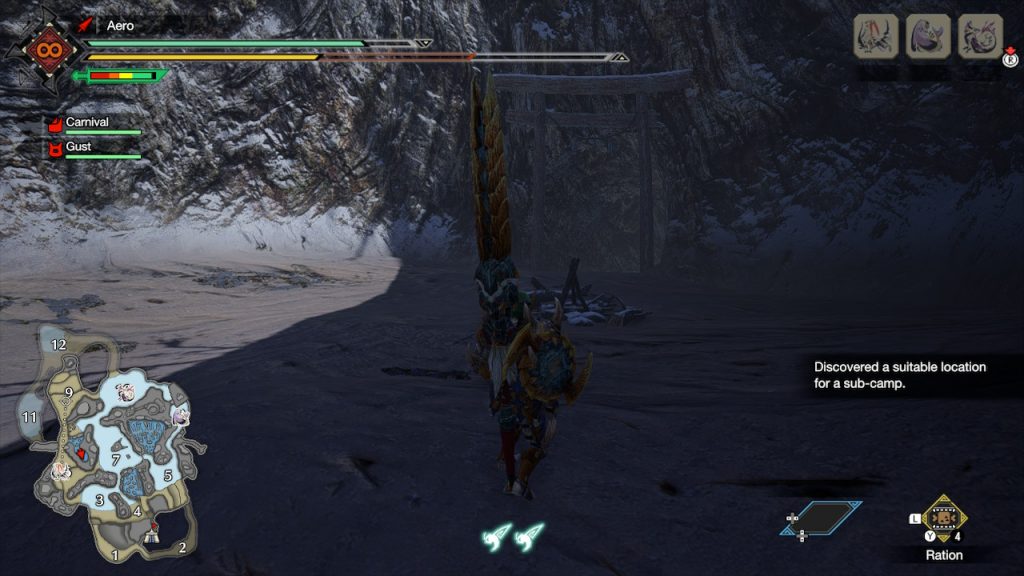 Like most sub-camp areas in Rise, the Frost Islands Sub-Camp 1 location is placed in an area that you probably won’t stumble across unless you’re either specifically looking for it or have decided to explore every nook and cranny of the map. More specifically, it can be found at the end of the small canyon between areas 6 and 7. While you won’t be going here much if you’re only hunting monsters, it’s easy to find by looking at the map, and you’ll know you’re almost there once you’ve reached dry land. As far as threats go, other than the occasional monster prowling around area 7, you should probably be fine making your way there. Of course, it’s also entirely possible to climb up the side from a different direction, too, if you’d rather take that route. 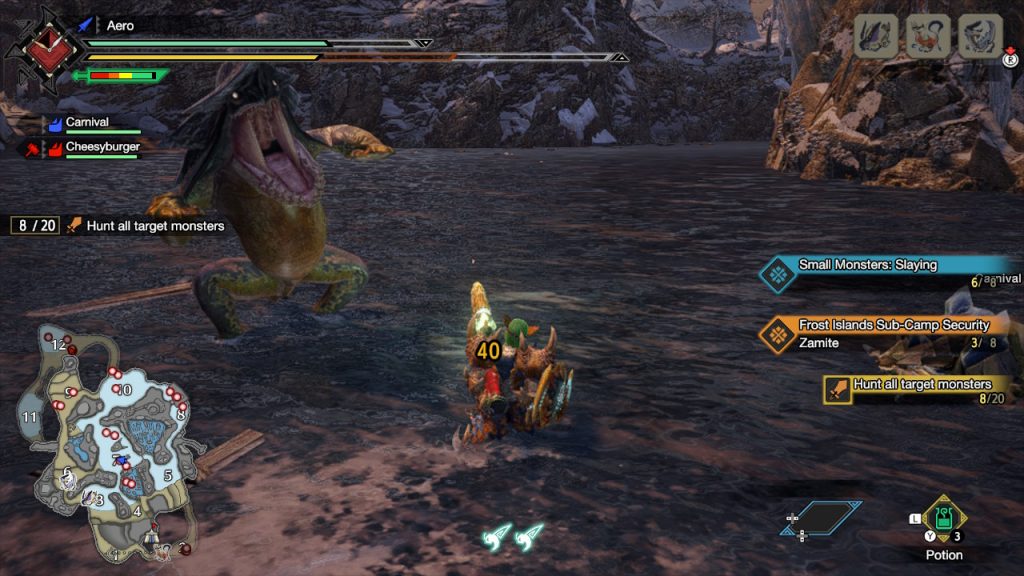 Slaying a handful of Zamite is a very easy task, but more hunters is never a bad thing!

As always, unlocking a Sub-Camp 1—any Sub-Camp 1—involves accepting a request from Kagero the Merchant and slaying eight small monsters. In Frost Forest’s case, you’ll need to accept the request, Frost Forest Sub-Camp Security, which will have you slaying eight Zamite. As always, these Zamite don’t need to be slain all at once—you could literally kill one per quest if you really wanted to. You probably would rather get this thing unlocked sooner than later, though, and we’ve got your back when it comes to that.

If you’re looking to unlock this sub-camp as quickly as possible, head on over to the Gathering Hub and take on the HR1 quest, Hot Topic Hooligans (sorry, it’s not an actual colab), which tasks players with slaying 20 Zamite or Bnahbra. While some of the red dots on the screen won’t be what you’re going after, the fact that all of the Zamite on the map are lit up will definitely help you out. Additionally, if you’re looking to get things done, you can always call up a couple of buddies, or even join a hunt that’s currently ongoing! It’s not necessary, but getting things done a little more quickly is always nice!

Where to Find Sub-Camp 2 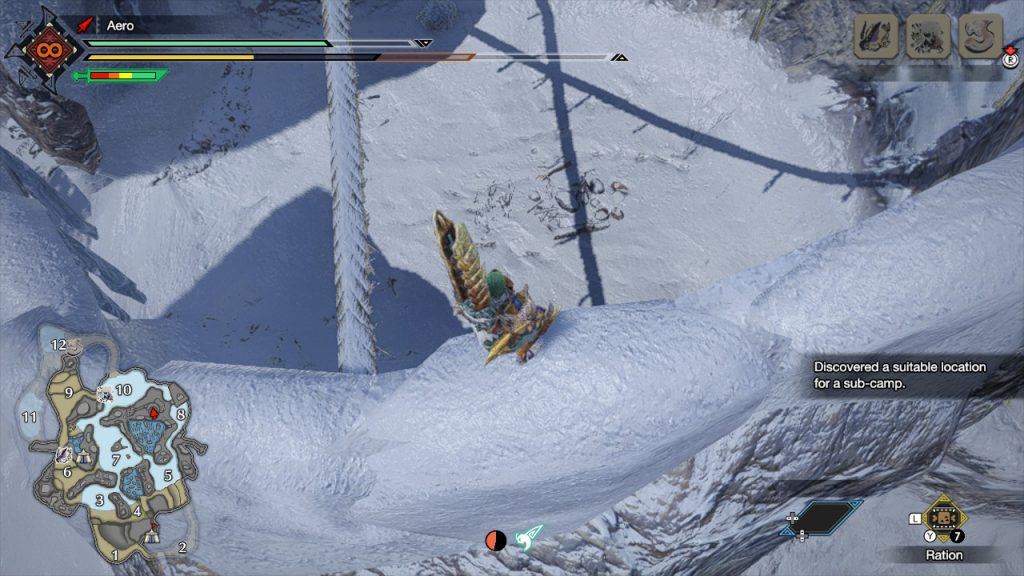 There is literally no point in reaching the campsite this way, but it’s technically possible.

Sub-Camp 1 may have been borderline-submerged, but you won’t need to worry about getting your feet wet when looking for Frost Forest’s Sub-Camp 2! While it might technically still be water-adjacent, you can find Sub-Camp 2 nestled atop a small mountain south of area 10 and west of area 8. There isn’t really a clear path up there, so you’ll need to use a wiredash to climb up one of the cliffs in order to reach it. Unlike with a lot of other places, though, the “mountain” that this camp sits atop of is so low to the ground that you really don’t need to do anything at all to ensure that you make it to the top. So long as you have a little bit of stamina by the time you make it to that area, you’ll be able to climb up to it just fine! Once you make your first climb, there is a single opening leading to the campsite; it’s entirely enclosed other than that. You could also climb up the enclosure surrounding the camp, but, as the picture hopefully demonstrates above, there’s literally no point in doing so aside from making more work for yourself. I accidentally discovered it this way and felt pretty dumb afterward; please don’t make the same mistake.

How to Unlock Sub-Camp 2 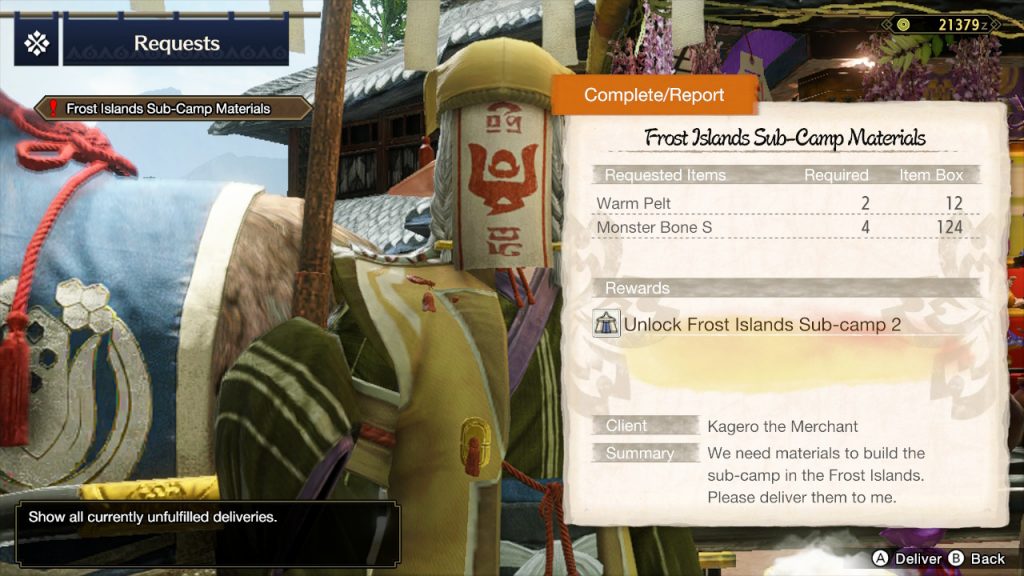 Just hand over the goods and Sub-Camp 2 is all yours!

Each Sub-Camp 2 request is also follows a theme, albeit a different one than their Sub-Camp 1 counterparts. Rather than slaying, you’ll need to hand over supplies to Kagero. The Sub-Camp 2 repairs can begin once you take on the request Frost island Sub-Camp Materials, which require Warm Pelt x2 and Monster Bone S x4. Your best bet when looking for Warm Pelts is to go after Kelbi, a small, deer-like monster that lives in Shrine Ruins, Sandy Plains, and Flooded Forest. They have a 45% drop ratio for the item when carving1, so your chances for getting one are fairly good—chances are that you probably have enough by the time you get the quest!

Monster Bone S is significantly more common than the first item, as it can easily be found in bonepiles, picked up by palicos, and be given out as rewards in certain quests. And, if you really want to hunt for them for some reason, you can hunt Gargwa which have a whopping 15% drop ratio when carving (so it’s probably not your best choice). Honestly, I wouldn’t really worry about this one, though. The chances of you not having enough are much lower than your chances of having enough. And, once you do have enough of both items, all you need to do is hand them over to Kagero in order to unlock Sub-Camp 2 permanently! Congrats! 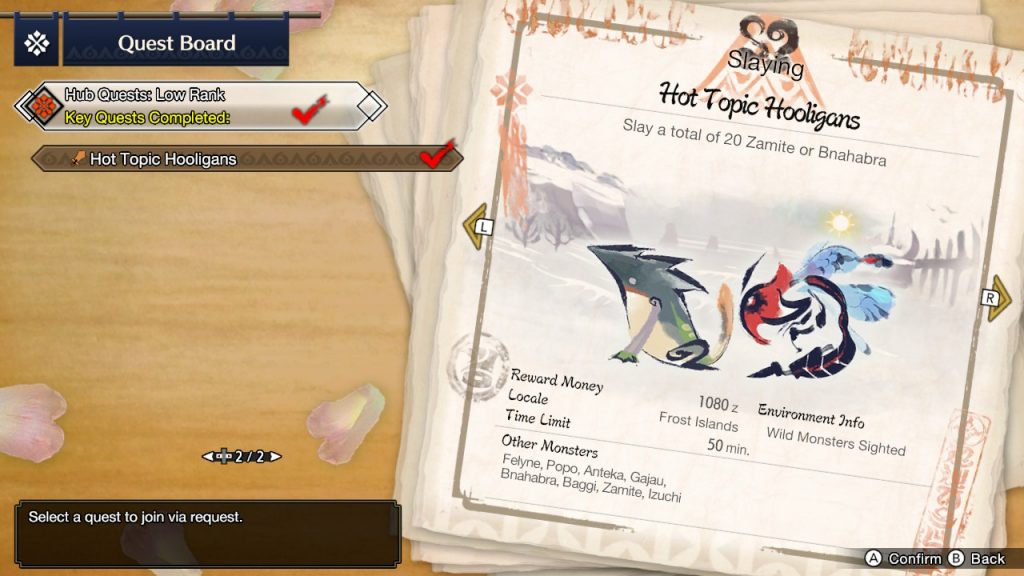 Get out there and claim that sub-camp for yourself!

And that’s a wrap for this guide! Hopefully, you shouldn’t have any issue at all with unlocking the two Frost Island sub-camps in Monster Hunter Rise for yourself, now. Did you find this guide helpful? Did you find the subcamps themselves helpful? Let us know in the comments below!