Neo Geo Pocket Color Selection Vol. 1 is as close as it gets to a definitive look at SNK’s 16-bit handheld.

Released a month before the Dreamcast in North America, the Neo Geo Pocket Color never stood a chance. Between gamers’ changing tastes and SNK’s financial troubles at the end of the 90s, the 16-bit handheld, which was meant to compete with the Game Boy Color, was met with all of the aplomb of a wet firecracker when it arrived in North America. And you know what? That’s a crying shame. Because had it come a few years earlier, the NGPC could have become a real force to be reckoned with. While its library is small—only 82 games were officially released for the system—many of the games are outstanding and really manage to capture the feel of SNK’s Neo Geo home and arcade hardware.

Now available for the Switch, the Neo Geo Pocket Color Selection Vol. 1 bundles together ten such games in one slick package. Published by SNK and developed by the emulation experts at Code Mystics, it includes the previously-released SNK Gals’ Fighters, Samurai Shodown! 2, The King of Fighters R-2, The Last Blade: Beyond the Destiny, Fatal Fury: First Contact, and SNK vs. Capcom: The Match of the Millennium along with new entries Dark Arms, Big Tournament Golf, and Metal Slug 1st & 2nd Mission. It’s one robust package that offers an exciting cross-section of the NGPC’s library that no retro gamer should miss.

Now, we’ve already spoken about the six fighting games in this collection at length. So if you want a deep dive into those titles, I recommend reading our complete reviews in the links above. For this review, I’m instead going to focus on the four new games and the package as a whole. So without further ado, let’s dive into what Neo Geo Pocket Color Selection Vol. 1 brings to the table. 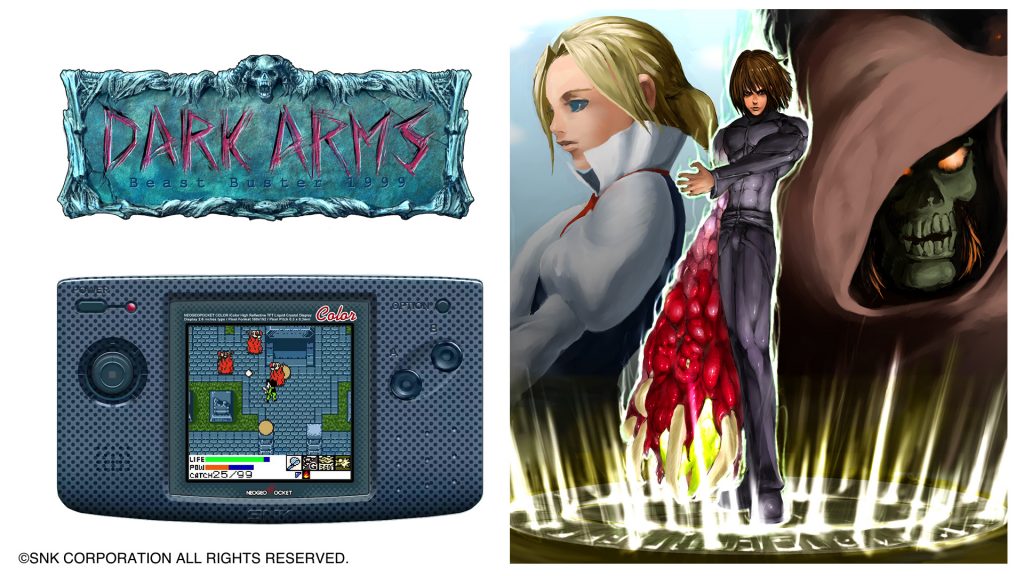 Dark Arms: Beast Buster 1999 is one of the more interesting games included in the collection. A spin-off in SNK’s Beast Busters line of coin-op light-gun shooters, it’s an action-RPG with a fun, horror-themed twist. The game has you exploring various creepy settings like graveyards and haunted mansions as you blast hordes of skeletons, zombies, and other things that go bump in the night. You begin the adventure with a weapon called the Catcher. While quite weak, monsters defeated with the Catcher can be captured and used as food to evolve your weapons into much more powerful forms like submachine guns, flaming fists, shotguns, and more.

In the beginning, Dark Arms is quite challenging. Enemies flood the screen and can vomit deadly bile and other projectiles all over the place. However, things become much more manageable after you start to flesh out your arsenal of demon-busting weaponry. The areas you explore are fairly large, and the boss battles are well done and exciting. You’ll even encounter Zelda-style puzzles in the game’s dungeons so you can flex your gray matter while you rest your itchy trigger finger.

Seeing as the game is an 16-bit RPG, you probably won’t be surprised to learn the story isn’t anything to write home about. It’s as paper-thin as plots come and likely won’t keep you engaged. But that’s okay. Dark Arms isn’t intended to be a theatrical production or a riveting commentary on the human condition; It’s a game about annihilating spooky ghosts & ghouls to bits and harvesting their souls so you can vaporize even nastier nightmare creatures with beefier weapons. And to that end, the game is a resounding success. If Crystalis meets Ikari Warriors sounds up your alley, give Dark Arms a shot. 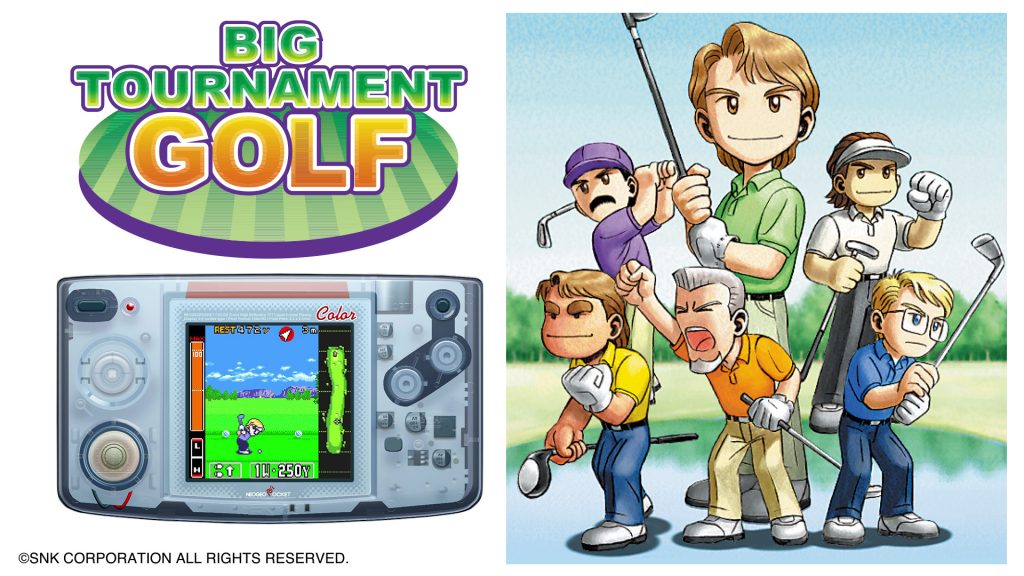 Developed by Nazca Corporation, the same team behind the Metal Slug series, Big Tournament Golf/Neo Turf Masters is one of the Neo Geo’s best-hidden gems. Like Data East’s Windjammers, it’s a game that hardly anyone talks about that largely flew under the radar when it was released. But, if you happen to bring it up to anyone who has played it, they’ll almost certainly begin gushing about how great it is. I’m not even crazy about most sports games, but Neo Turf Masters is one that I toss in my Neo Geo whenever I have people over for gaming gatherings. It’s just one of those rare examples of a game that’s just as irresistible now as it was the day it was released; a timeless classic.

As you’d expect, the Neo Geo Pocket version is a bit stripped-down compared to its arcade and console cousin. The digitized sprites are replaced with chibi-style caricatures, and the number of courses has been reduced from four to three. Despite these changes, Big Tournament Golf on the NGPC is a surprisingly faithful port. You can choose from six golfers, each with its own specialization. For example, the all-American “Young Hero” is the most balanced of the bunch, making him a solid choice for any course. Meanwhile, Britain’s “Technician” has a weak drive but great skill and accuracy, which can come in handy on courses filled with hazards.

Big Tournament Golf features 3 single-player game modes: Stroke Play, Handicap, and the Triple Crown tournament mode. They’re all fun, but where the game really shines is when playing against another human being. If you’re in the mood for the perfect game to play while cracking open a few cold ones with the boys, look no further. 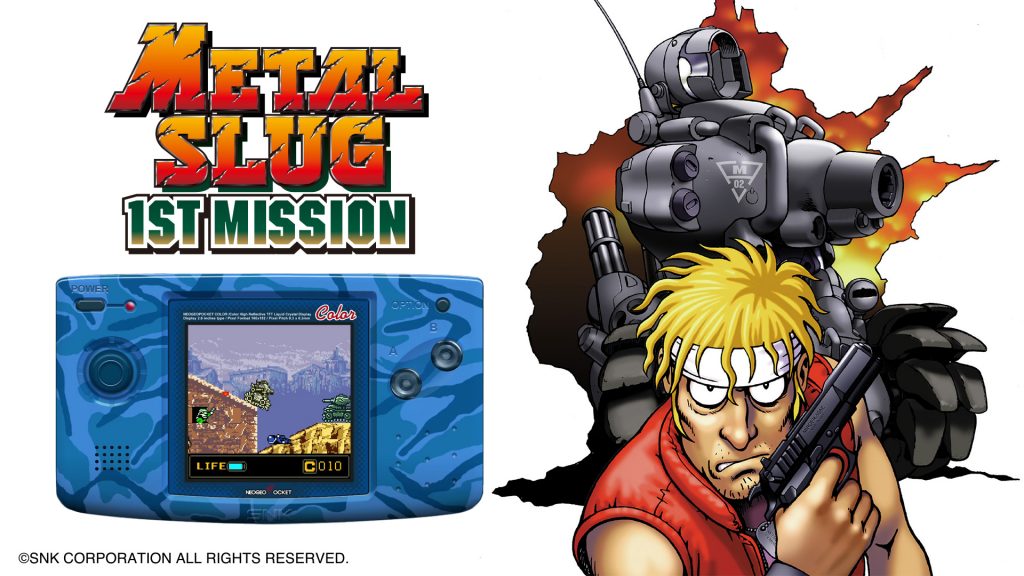 Capping off the collection is a pair of Metal Slug games designed exclusively for the handheld. While these two titles may look more like Bionic Commando than the quarter-munchers they’re based on, don’t let that dissuade you. Substantial visual downgrade aside, they’re both excellent titles that manage to capture the spirit of what’s arguably the Neo Geo’s flagship franchise.

If you’ve ever played a Metal Slug game before, you’ll feel right at home with Metal Slug: 1st Mission. You’ll spend your timing running through levels, gunning down hordes of rebel soldiers. The stages are littered with POWs, which reward the player with familiar weapons like heavy machine guns, flame shots, and rocket launchers once rescued. Of course, you’ll also be able to hop into the mighty Metal Slug and jet to law waste to your all sorts of mechanized monstrosities as well. It’s all good fun!

The controls do take some getting used to, though, due to the NGPC’s two-button layout. To lob grenades, you’ll first need to press the Switch’s options button to equip them and then use the shoot button to throw a grenade. It’s just as cumbersome as it sounds and can leave you open to taking some damage. Thankfully, the game gives you a life bar that can be restored with items scattered around the stages, which helps balance things somewhat. 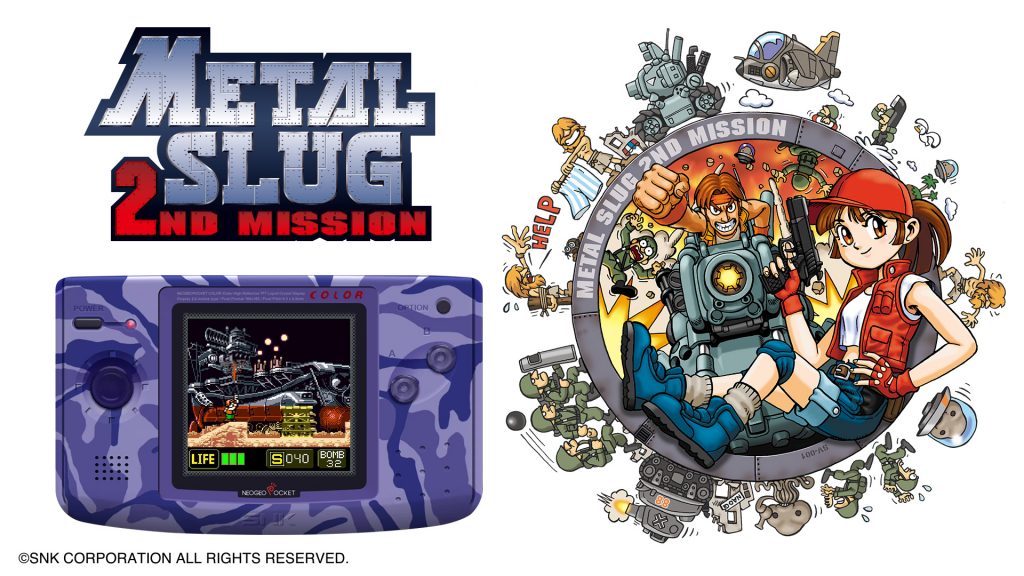 Metal Slug: 2nd Mission is an excellent sequel. The graphics are noticeably improved, and the stage designs feel a bit more ambitious this time around. Hell, the developers even fixed the grenades’ issue by allowing you to throw them with a tap of the options button. While still a bit clunky, it makes a world of difference as you don’t have to manually swap back to your gun after throwing a grenade. How’s that for progress?

This sequel even includes the digitized voice samples from the Neo Geo versions of Metal Slug! Sadly, the boost in presentation they provide comes at a cost. The game noticeably hitches for a second whenever you pick up a weapon to load the sample. As you can probably imagine, these sudden pauses can really pull you out of the action. Still, it’s easy to overlook this inconvenience when you consider just how good the rest of the game is. The bosses are huge and detailed, the stage designs feel more focused, and the familiar musical arrangements do a great job of pulling you into the action.

Overall, Metal Slug: 2nd Mission is a great sequel and easily one of the collection’s highlights.

As far as extras go, Neo Geo Pocket Color Selection Vol. 1 is a little lean. Still, SNK and Code Mystics did manage to include a couple of nice bonuses for fans of the NGPC. From the home screen, you can view 3D models of each game’s boxes complete with sharp, high-resolution scans of their official artwork. Not only that, but you can also open each one and inspect the game’s plastic clamshell and cartridge. It doesn’t sound like much, but I loved this feature. If you’re a sucker for game packaging like I am, you probably will too. Additionally, each game has a fully scanned manual you can virtually thumb through. In a time when manuals are a rarity, this is a nice touch.

If you’ve yet to pick up the six previously-released games on this collection, then Neo Geo Pocket Color Selection Vol. 1 is easy to recommend. Packed with hours upon hours of retro-gaming goodness, it’s as close as it gets to a definitive look at SNK’s 16-bit handheld. I only hope that Big Tournament Golf, Dark Arms, and Metal Slug: 1st & Second Mission are added to the eShop down the road so that those who purchased the earlier releases don’t have to shell out another $40 to play these titles. 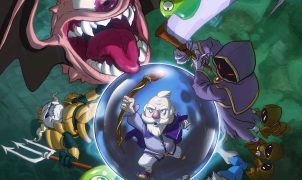