A true classic, in every sense of the word 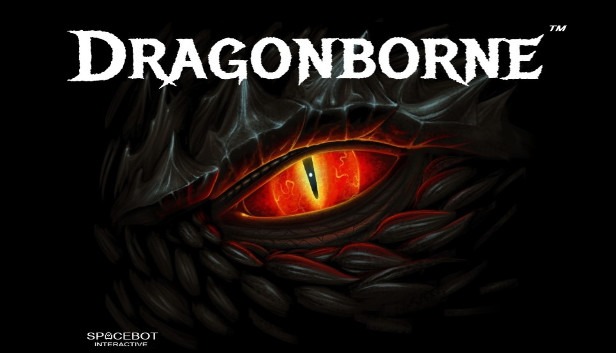 We can all agree that last year wasn’t exactly what anyone would call “good,” I’m sure. But this year’s already shaping up to be at least a little bit better, right? It seems like people are finding a lot of different ways to find happiness—whether it’s finally reconnecting with friends or family, taking a trip, or getting your life back to normal-ish after it being not-so-normal for a long time. But, for me? Well, that’s an easy one; I’ve recently found happiness in being able to review a new Game Boy game in the year 2021, thanks to ‘ol Dragonborne.

Now, I know that this is technically a PC review, and I technically played this game on Steam or whatever, but let’s not get things twisted; Dragonborne is most definitely a Game Boy game. Space Bot Interactive specifically designed it with the hardware limitations of Nintendo’s iconic tiny-screened, black-and-white (er, black-and-green?) brick of a handheld in mind and even went so far as to release it on the Game Boy in cartridge form before releasing it anywhere else. Furthermore, while I know that anecdotal evidence is the flimsiest kind of evidence around, I’ve played enough Game Boy games to know what a game designed for the system feels like. And Dragonborne is definitely one of those games—for better and for worse. 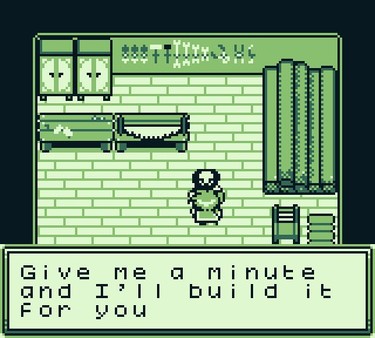 It sure is nice being a hero!

Dragonborne follows the story of a young boy named Kris who, after rudely being awoken by his screaming mother, is informed that his father, Kurtis—a famous dragon slayer—has gone missing and that monsters around the world seem to be becoming restless. Realizing that this is surely an impending sign that the dragons slumbering around the world may soon awaken—and that there will be no one to confront them if Kurtis is not located—Kris grabs his trusty spear and dashes out of the house. Little does he know, however, that his adventure will soon see him turn from savior-seeker into a savior himself.

Dragonborne‘s story is, admittedly, both barebones and cliche for the modern-day era. But I’m going to make something clear right now; for the most part, I’m not going to judge this game based on other games released in the last few years. If Spacebot Interactive wants this to be a Game Boy game, then back to the early 1990s we go! And, in the early 1990s, stories like this were A-OK (although I personally never got tired of these, anyway). Additionally, it’s important to remember that the Game Boy wasn’t exactly known for its collection of games with expansive stories. Developers had to work with limited space, and if that meant using a barebones story to present us with more gameplay, then that’s just fine by me. 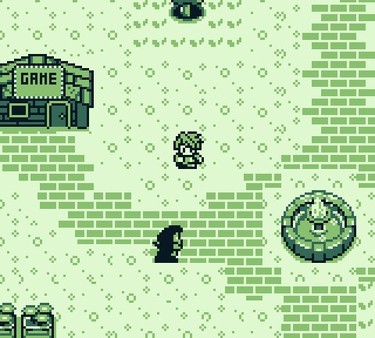 There’s something about this picture that makes me smile. Or, at least it would if there wasn’t a hooded cultist standing by the fountain.

You know, I really wish I could remember how often expectations and reality of a Game Boy game didn’t quite match up, but I was probably too young to be thinking too much about that stuff. So there goes that clever segue, I guess. Anyway, the point that I’m trying to make here is the fact that Dragonborne wasn’t exactly what I thought it would be. Based on the short trailer that I saw of it (which was really all that I had to go off of before playing it), I expected a game with a light-medium adventure mechanic and plenty of turn-based RPG battles. But, boy, did this game have way more adventuring for me in store than I originally thought.

Personally, I’m not averse to a turn-based RPG with a huge emphasis on adventuring mechanics. Still, I can’t say that I’m entirely over the moon about how Dragonborne handled everything. A large portion of the gameplay essentially boils down to a smaller, less puzzle-heavy GB Legend of Zelda game with decently paced battles spread throughout. Again, I don’t mind these two things being combined. Rather, it’s how Dragonborne approaches both of these that I’m questioning. 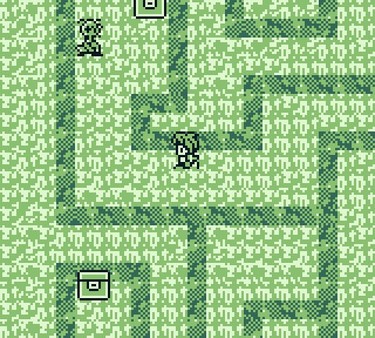 Not pictured: The invisible maze on the east side of the cave (yes, for real).

Sticking with the “LoZ-lite” motif, puzzle-solving (fortunately) doesn’t require a lot of effort on the player’s part, but a lot of these dungeons are less monster-filled hallways (which is basically what all GB RPGs did back then) and more so actual dungeons. So, while this does make them more enjoyable to explore, it can also make things more frustrating when you’re forced to stop and battle baddies standing in your way. The flow is just, you know, a little… choppy? Strange? It’s not necessarily bad, though. And, for those of you worrying, no—this game doesn’t have random encounters. It’s usually very easy to see things coming and prepare beforehand (so long as you have supplies)!

A Foe Draws Near! 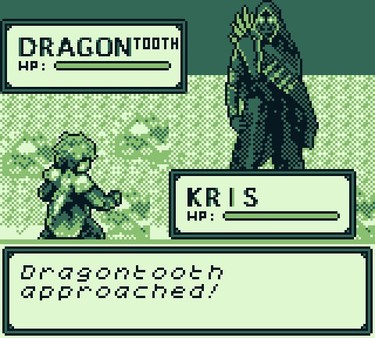 Are your teeth the reason why you keep your mouth covered?

As I’ve already said, Combat is entirely turn-based and appears to have been inspired, at least in part, by the original Dragon Quest. Battles are always a one-on-one affair—regardless of how many baddies are walking around on-screen beforehand—and consist of little more than you and your opponent exchanging blows. It’s a little more involved than that, though. Dragonborne isn’t a traditional RPG—enemies don’t respawn, they never drop anything more than a few coins, and you don’t gain EXP or level up. And, while you do gradually get stronger throughout the game thanks to the addition of things like new weapons and spells, combat is largely a game about, of all things, item management.

Going mono-a-mono with a single opponent probably won’t be too difficult, especially if you’re all healed up, but the places that you’ll be venturing to are usually teeming with monsters. And, while you can go back and heal after a lot of the battles, this is incredibly tedious, and I wouldn’t recommend doing so. Because of this, you’ll eventually need to get good with numbers. Not only is it important to learn to conserve MP for multiple battles, but it even gets to the point where you’ll want to know how much damage you and your foe are capable are doing to each other—for knowing this, at times, can decide the outcome of the battle before it’s even over. It’s nowhere near being what you’d consider “traditional” by GB RPG mechanics, but it’s fun once you can get into the groove and it’s nice actually having enemies with consistently stable damage outputs (I’m looking at you, Final Fantasy Legend).

Worth Dusting off Your Game Boy For

Dragonborne may not be perfect, but, if I’m being honest, its imperfections are kind of a part of its charm. While I obviously can’t say this for certain, it feels like everything in this game—both the bad and the good—was designed specifically to make this game feel like it was released in the early-mid 90s, just like any other Game Boy game out there. So, if you’re in the market for a new Game Boy game (remember, you can actually buy a cart of this!), then Dragonborne‘s probably right up your alley.

Full disclosure: This review is based on a copy of Dragonborne provided by the publisher. 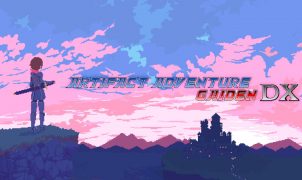 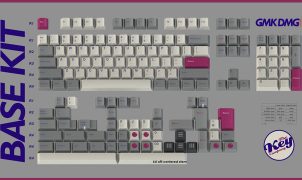