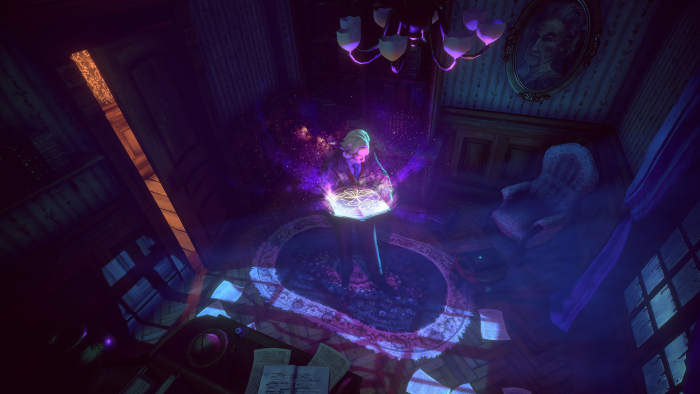 The whole COVID-19 pandemic has made us reassess our habits. Social gatherings like tabletop gaming have been compromised drastically. There’s an incentive to carry over more board games to the digital medium, and one such example is Arkham Horror: Mother’s Embrace, which will be releasing on the 23rd of March.

For those of you not in the know, Arkham Horror is a a board game franchise. It meshes the assorted popular tabletop tropes with investigative mechanics, all set in the rich universe of H.P. Lovecraft’s Cthulhu mythos. Arkham Horror: Mother’s Embrace is the digital adaptation to PC and console.

The game puts you into the shoes of one of a dozen investigators operating in the roaring twenties. When a professor of astronomy is found dead in her own mansion, it seems that murder is afoot. Assembling an investigative task force and putting your character’s unique skills to good use, you set off to solve this puzzling crime which is naturally far more than it seems at first. You’ll have to deal not only with the pressure of the job, but also your fragile sanity as you delve deep into an apocalyptic cult worshipping unspeakable terrors. It won’t be too long before you engage in the usual sort of turn-based combat, too. Throw this in with the usual cosmic weirdness we’ve come to expect from anything Lovecraft-related, and you can expect a bloody good time. If you don’t go mad!

You’ll be able to snag this one on PlayStation 4, Xbox One, Nintendo Switch, and of course Steam. If you’re of the latter persuasion, you may find its official store page here. Check out the trailers below to get an idea of what to expect. If you’ve played any of the Arkham Horror games, share your thoughts with us in the comments!