Only a few months to go! 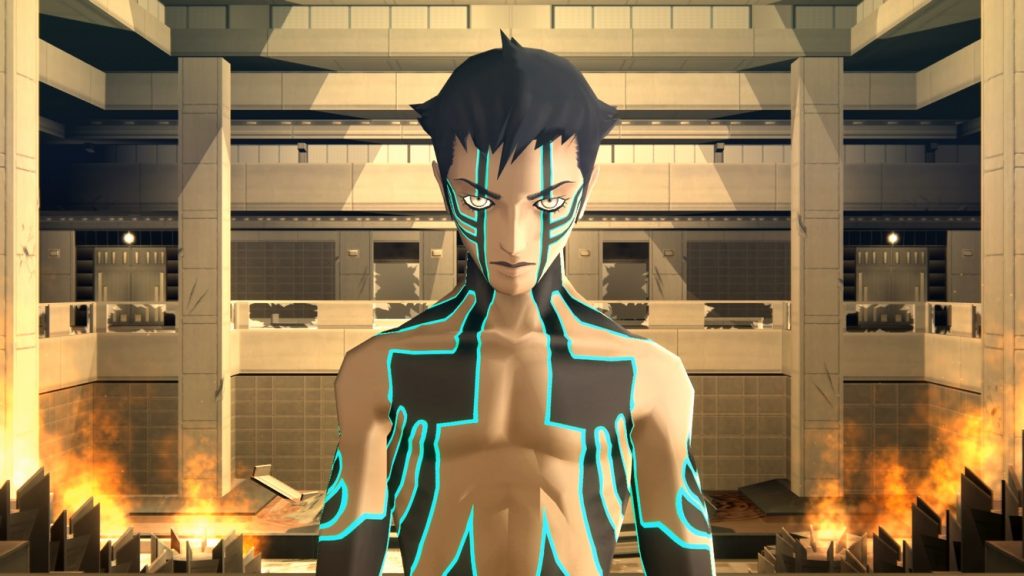 Western fans have been anxiously awaiting for ATLUS to announce an official Shin Megami Tensei III Nocturne HD Remaster release date since the game was originally teased for quite some time, now. However, it appears as though the wait to know how much longer we’ll have to wait is finally over, as the game has been officially slated to drop in late May.

Originally released in February of 2003 (that’s almost two whole decades ago, wow!) for the PlayStation 2 as Shin Megami Tensei Nocturne, SMTIIN HD Remaster follows the story of a young man, officially known only as the “Demifiend,” who finds himself thrust into the middle of a battle for the fate of the very earth itself when an ethereal apocalypse known as the Conception is suddenly invoked. As the world quickly finds itself enveloped by chaos, it is up to the player to take on the mantle of the Demifiend and guide the world toward the fate which they ultimately believe that it deserves—whether it be Lawful, Chaotic, or something in between.

Technically being a nearly 20-year-old game, much of SMTIIN HD Remaster will remain faithful to the PS2 version. For those looking for a little something extra, however, there’s no need to fear. To see the new things that the remake has in store for you, you can check out the official list of key updates below: 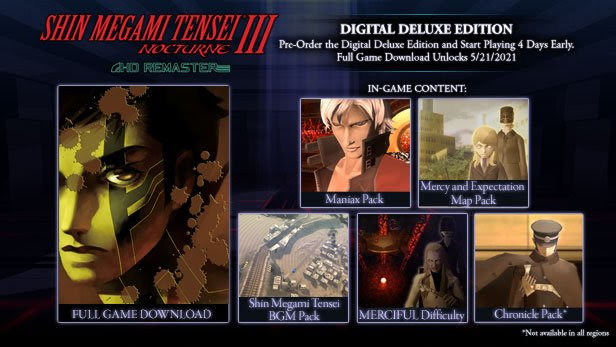 But wait, there’s more! For those of you interested in picking up some additional content from the get-go can pick up the $69.99 Digital Deluxe Edition, which comes with all of the following:

Shin Megami Tensei III Nocturne HD Remaster is slated to release for the Nintendo Switch, PlayStation 4, and PC via Steam on May 25, with those who pre-ordered the Digital Deluxe Edition getting access to the game on May 21. Are you looking forward to jumping back into Nocturne after all of this time? What do you think about the updates to the game so far? Let us know in the comments below!