A Beautiful, Complex, Singleplayer Among Us 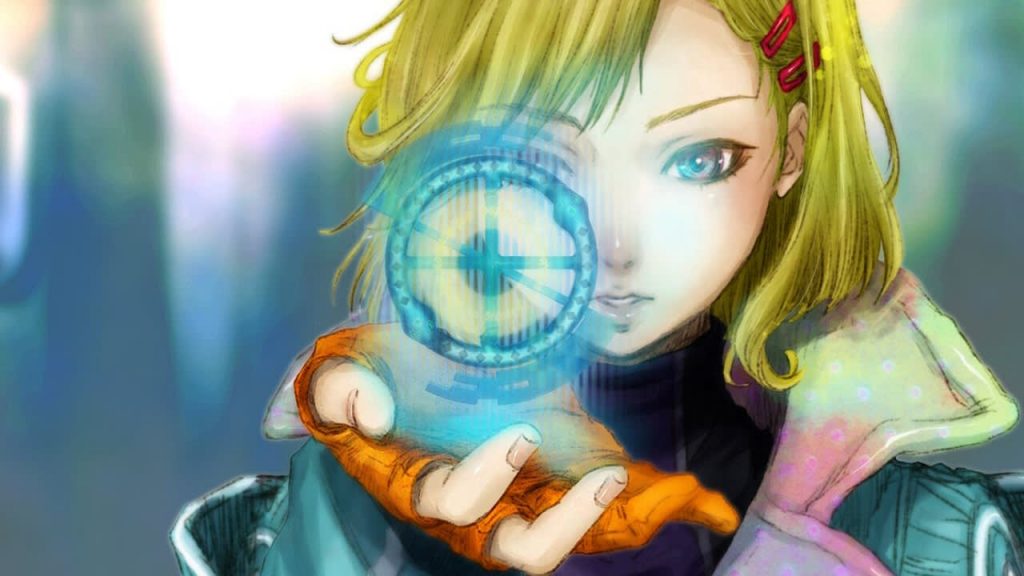 Deep in the cold and desolate vastness of space, you and your crew must detect and isolate the danger onboard your ship. Impostors lurk among you, posing as your fellow crew members hoping to reach home but possess intentions far more sinister. Instead of working together to root out those that would do harm, they obfuscate and lie, only to kill innocent crew members when no one is looking. If all goes well, you can contain the threat; if not, crewmates will be picked off one by one, until the impostors take over the ship entirely.

Can you guess what game this is? That’s right — Gnosia! …oh, were you thinking of a different game? You can be forgiven, considering the similarities Gnosia has to Among Us, but the former is incredibly complex in comparison to the light-hearted, multiplayer latter. Developed by the four-person Japanese dev team Petit Depot and published by PLAYISM, Gnosia’s inception began back in 2015, when the team played a “werewolf-style” game they agreed could be improved upon. Originally released in Japan on the PlayStation Vita in 2019, it now makes its way to U.S. soil on the Switch two years later with high hopes that the game will be just as well-received as it was back home. 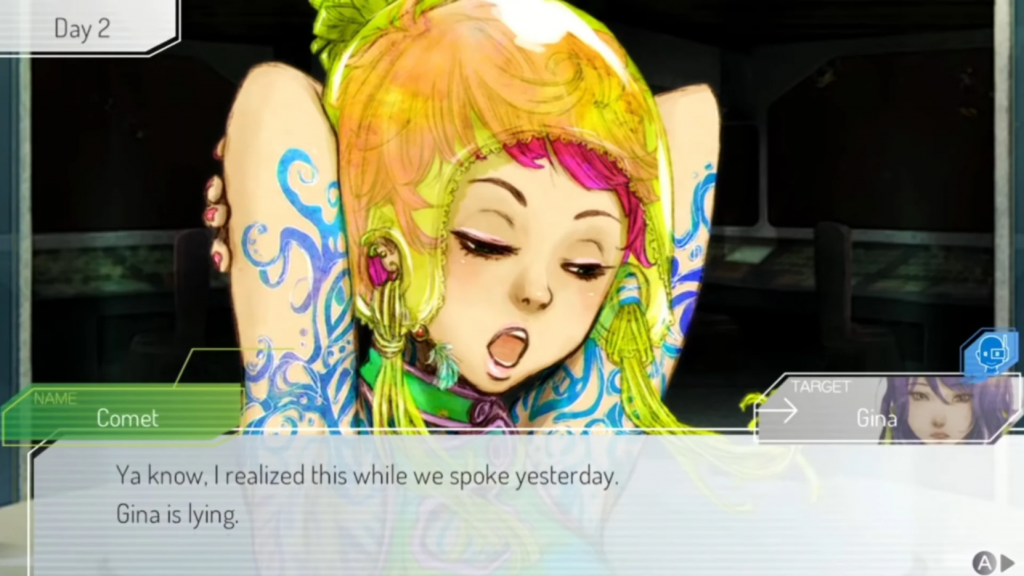 Players take on the role of themselves, awoken from a strange slumber by someone named Setsu. They slowly catch the player up on the situation at hand: everyone aboard the spaceship is susceptible to an alien entity known as the Gnos, who have infected several people onboard. The infectees, called Gnosia, look and act just like their former selves and blend in almost perfectly. The entire crew gathers in an attempt to weed out potential Gnosia, debating amongst themselves who to send into a cryogenic slumber, or “cold sleep” in an effort to isolate the danger. After each debate, the crew must separate and head to their rooms. During this time, the innocent crew members are susceptible to a Gnosia attack, which whittles down the uninfected one by one. The loop ends when all the Gnosia have been put into cold sleep, or the Gnosia have outwitted and outnumber the healthy crewmates. After that, time loops back to the beginning, everyone except you and Setsu loses their memory of the previous loop, and the debates start again with roles assigned anew.

As the loops proceed in Gnosia, the mechanics become continuously more complex; at first, you could only doubt a crewmate acting sus or cover for someone you believed innocent. Eventually, you can learn to perform more actions, such as asking a crewmate to collaborate with you, exaggerate another crewmate’s accusations, or even grovel for a second chance if chosen for cold sleep. New roles also become available — take the engineer, who can read the brainwaves of each crewmate to determine if they’re friend or foe, or the doctor, who can examine the last crewmate placed in cold sleep to determine if they were indeed Gnosia. Of course, the Gnosia themselves can resort to trickery by posing as these roles, providing conflicting information to further obfuscate the truth. 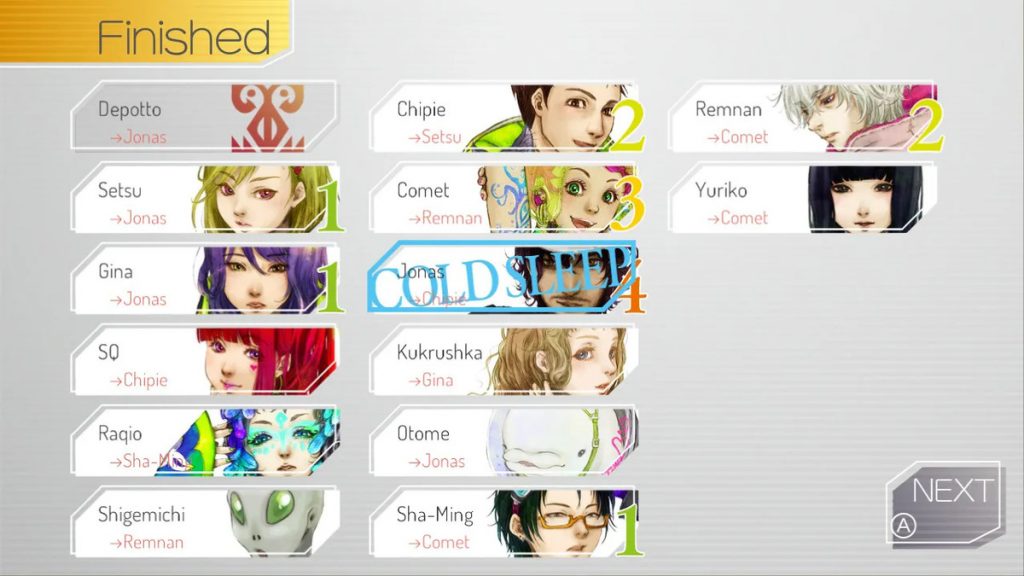 As the loops continue over and over again, the player, along with Setsu, gradually learn information about why they’re trapped re-living the same few days repeatedly. This is only done if certain loop conditions are met, such as the player acting as a regular crew member with 13 people total and 3 Gnosia, or if they’re the Engineer with 8 people and 2 Gnosia. These conditions can not only be changed manually by the player before each loop starts, but by pressing X, the game will automatically cycle to the next loop with enough conditions fulfilled to trigger an event, making progression easier to obtain than simply randomly stumbling upon it and hoping for the best.

Aside from yours and Setsu’s memories, the only thing that continues through the loops with you are your stats, which you can level up with experience points you earn by surviving as long as possible without getting killed by the Gnosia, being put into cold sleep, or having the entire universe destroyed by a bug. Upon leveling up, you can head to your room and put points into several stats, like intuition, which helps you notice when people are lying, or performance, which can help make you a better liar. You can also speak with other crew members to get a feel for how they perceive you; if they say something positive, they likely trust you, whereas nervous stuttering means they may accuse you in the next round. 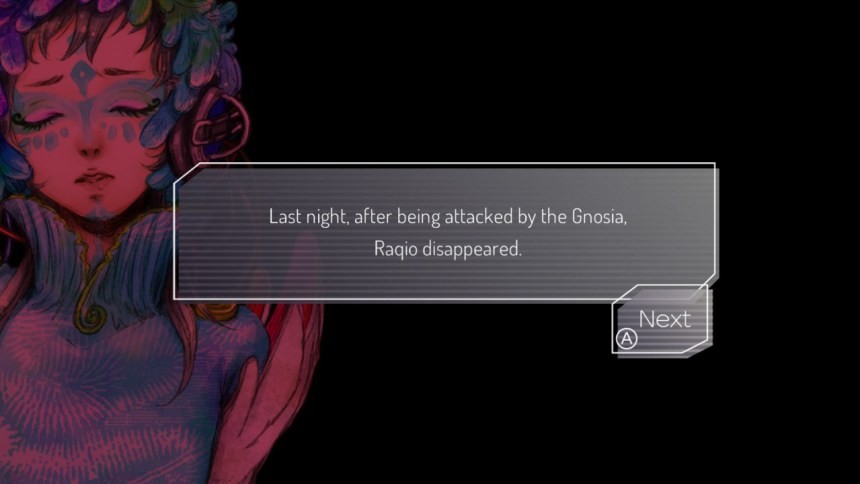 Speaking of the crewmates, each one has a backstory that slowly unravels as you get to know them. Take Sha-Ming, for example — if you’re Gnosia with him and you both manage to survive until you win, he’ll tell you all about his upbringing on a planet full of bonobos with human intelligence. Then there’s Gina, who reveals her mother cast off her physical body and uploaded her consciousness to become cyberized (their version of heaven). All characters have incredibly interesting backstories that are dropped bit by bit over the course of the game — including you, by the way, as you’ll slowly learn more about not only yourself, but the reason why you’re trapped in this endless time loop in the first place.

I don’t really have a lot of complaints about Gnosia — in fact, this is my contender for GOTY 2021 — except for two things: one, it’s not entirely clear you’re supposed to rely on conditions that will trigger events. I played through about 60 loops before I realized playing on random was a bit pointless, feeling like the game was getting repetitive after an entire day of playing. Second, there isn’t a lot of dialogue diversity in the debates, meaning you’ll be reading the same thing over and over again. It’s not bad writing (quite the opposite), but it doesn’t make a lot of sense when one crewmate kicks off the entire debate with something to the effect of “trying to discredit me, will you?” retorting to literally no one. These complaints feel minute, however, given the fact that I’ve played for almost a week and am slowly closing in on the end of a seriously scintillating story with well-written characters and interesting twists and turns. There’s no way these issues should deter anyone from taking the plunge on what is one amazing experience wrapped in a gloriously gorgeous package.

I’ve barely scratched the surface on every last amazing detail in Gnosia, but the truth is, this is a game best experienced and explored by the individual. I would be doing a disservice to everyone by explaining any further; if you thought Among Us needed more storyline, mechanics, and a single-player mode and you enjoy beautiful graphics with a compelling story, you absolutely must pick up Gnosia. The fate of the universe rests on your sleuthing skills, lest you become doomed to repeat history again and again and again and again and again…

Editor’s note: This review is based on a retail copy of Gnosia provided by the publisher. 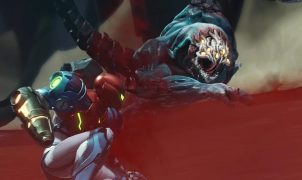