The Darkside Detective: A Fumble in the Dark Preview (PC)

Don’t send in these clowns 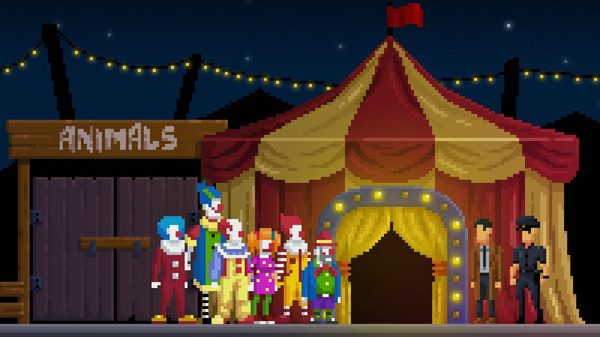 Pixel art is great. Detective games are great. Point and clicks are great. Humor is great. So what do you have when you mix all those great things together? A great game, obviously — a game like The Darkside Detective. In fact, it was so good that the team decided it was time for a sequel; thus, The Darkside Detective: A Fumble in the Dark is now in the works, bringing Irish developer Spooky Doorway and publisher Akupara Games back together again for another spooky point and click adventure. Coming soon to Steam, the game offers a free demo showcasing one of its levels, offering a taste of the creepy, silly goodness that is yet to come.

In The Darkside Detective: A Fumble in the Dark, players will take on the role of Detective McQueen, a Dale Cooper/Fox Mulder-type who specializes in sleuthing the spooky situations that happen all across town. And, considering Twin Lakes is America’s 34th most haunted city, there’s an awful lot of sleuthing to be had. In the full game, players will be able to point and click their way through six different case files, but the demo has pared that down to just one. The good news is that it is indeed quite the spooky situation, what with clowns, spectres, and other sorts of strange occurrences happening on McQueen’s (and his sidekick Officer Dooley’s) watch. 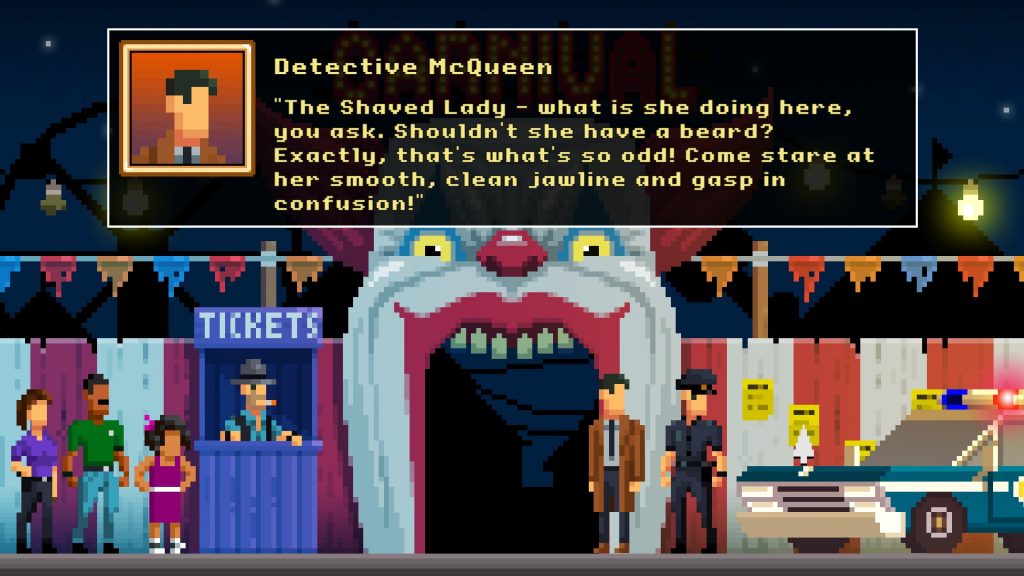 Although many aspects of The Darkside Detective: A Fumble in the Dark stand out, the first thing that caught my eye was the pixel art. It is so delightfully detailed save for one thing: faces. None of the characters have facial features, which is humorously pointed out once or twice in the dialogue. Despite this, you can almost see the pained expressions on McQueen’s face when Dooley blurts something random out or the player tries to force the detective to sift through garbage cans. Coupled with the use of color, design of individual assets, and careful shading, The Darkside Detective: A Fumble in the Dark continues to showcase its mastery of pixel art aesthetics that it introduced to us in the first game, and I find myself enchanted by each perfectly placed pixel.

If the pixel art is what immediately stood out to me, The Darkside Detective: A Fumble in the Dark’s writing is what stayed with me. Just like the first game, it was yet again so witty and charming in its delivery, oozing with sarcastic personality and the occasional break of the fourth wall. Even flavor text, which could have been bland or a throwaway joke, gave characters distinct personalities that made them humorously memorable. One character spoke only in bad rhymes, while another one explained how to consistently win contests to the point of torture. The dev team really went the extra mile with the writing, and it was a true delight to click on absolutely everything to keep reading more and more. 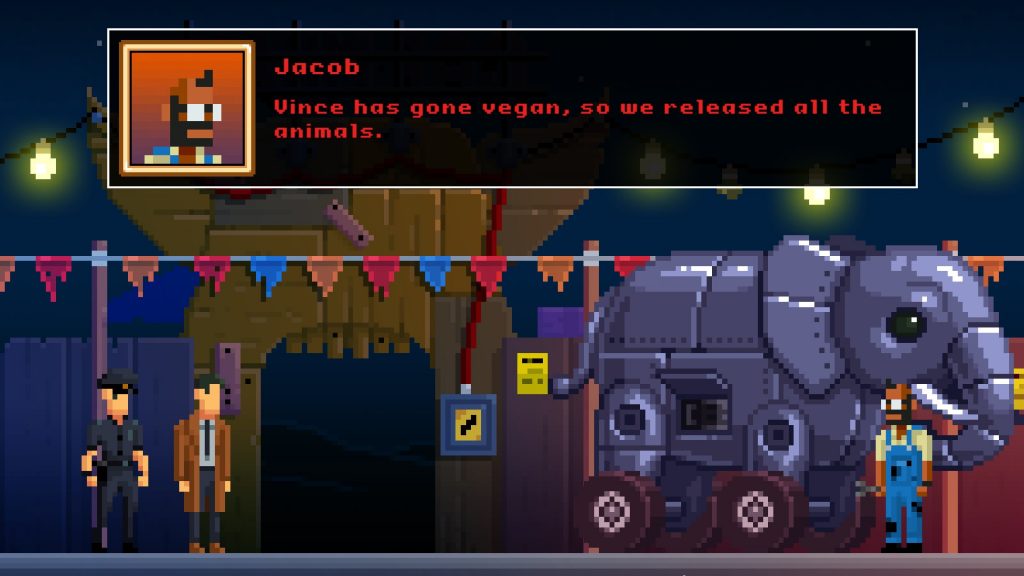 When it comes to the actual puzzles, The Darkside Detective: A Fumble in the Dark doesn’t disappoint. Like most point and clicks, you have to wander around an area to find random items that you can piece together and solve problems. Also like most point and clicks, a lot of the items and their possible combinations don’t make a whole lot of sense. Luckily, speaking with the NPCs and your sidekick, Officer Dooley, will yield some hints on how to progress, so if you’re stuck in a certain area, just speak to others for clues and you should get back on the right track. I personally struggled with knocking down all the cans in one area — turns out your arms are small and noodley, but Dooley’s are strong and beefy. Have him do it and you’ll be good to go!

From what I’ve played so far combined with my recollections on the first title, The Darkside Detective: A Fumble in the Dark is going to be a solid pixel art point and click that any fan of the genre is going to want to get their hands on. Although it has been in development for some time, good things come to those who wait — the devs are working as fast as they can, and when The Darkside Detective: A Fumble in the Dark does finally release, it’s sure to be a good thing.

Be sure to wishlist The Darkside Detective: A Fumble in the Dark on Steam today!