Chenso Club Is A Roguelike Brawler Coming This Fall

The brawl is now in your court. 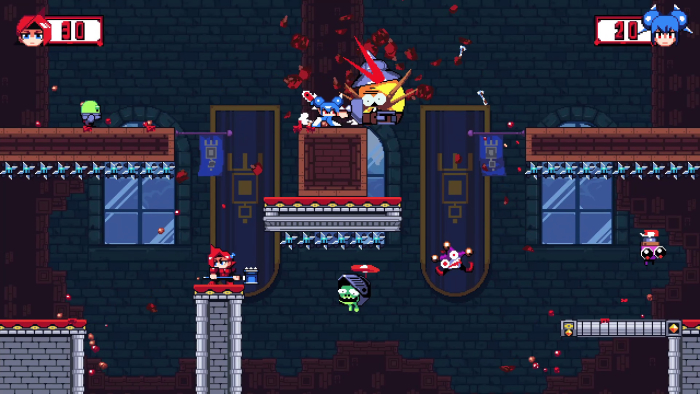 Say, remember those 90’s arcade brawlers? They were a lark, right? Definitely solid stuff, and we’ve been chasing that high ever since. We’ve seen a few classic remakes recently, and a some original efforts that play fan service. We need more. Lots more, in fact. Good news is, we’ll be getting that in the form of Chenso Club.

Currently in development by Pixadome with publishing being handled by Aurora Punks, Chenso Club is heading to Steam sometime this fall. This spunky pixel brawler puts players in the role of a group of girls who find themselves in the middle of an alien invasion. As one does, they take it upon themselves to scour the scenery of the stellar scourge, “using the aliens’ life force to beat them at their own game” according to the Steam page. So far, an android and a royal guard are on the fighting roster, and we’re promised more characters in the near future.

The girls are pretty tough on their own, but there’s a few twists. Namely, players can use the aliens’ life force against them, trading it for powerups and tweaks. This comes with a price, as you’re also bargaining with your own life. You’ll have to punch, jump, slash, and smash the Earth to freedom. There’s also hammers, chainsaws, and other unearthly devices at your disposal.

Being a rougelike, Chenso Club’s levels are procedurally generated. For the uninitiated, this means that each time you play will be a bit different, but of course always fun. Also, you can rope in your friends for some co-op if you find the single player experience a bit too lonely.

You may check out the game’s official Steam page here. Take a gander at the trailer below and let us know your thoughts in the comments! 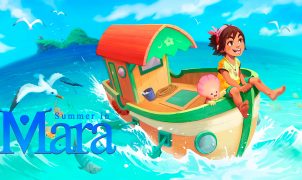 Summer, Summer, Summertime! Time to Craft Stuff and Unwind!     Ah, the summers of one’s youth! Who could resist the innocent nostalgia of running through grassy fields, collecting…