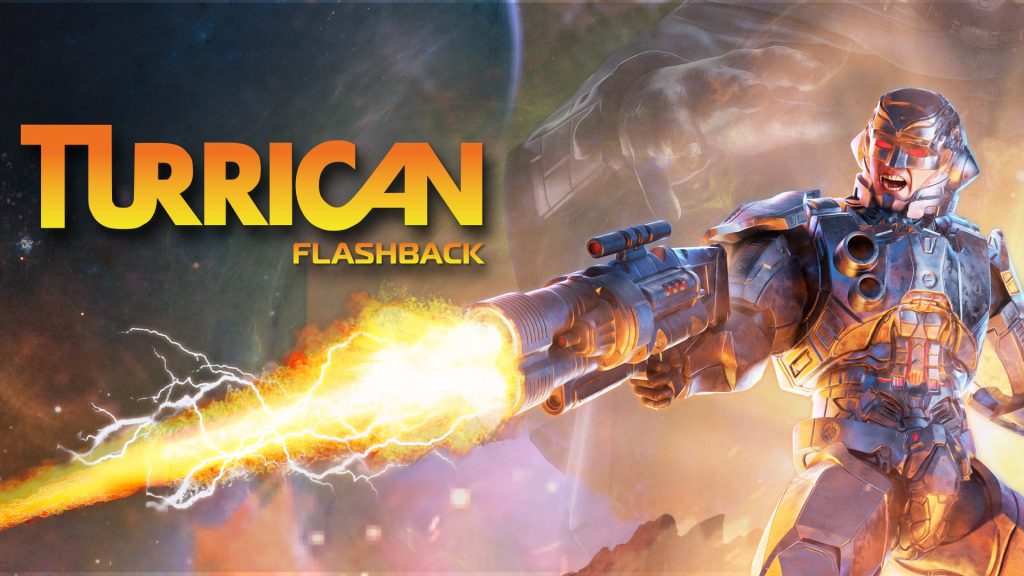 It’s hard to overstate the importance of the Turrican series. While it remains somewhat obscure here in the Americas, in Europe, the run-‘n-gun shooter franchise is remembered fondly for its labyrinthine levels, incredible music, and its arsenal of imaginative weaponry. Created by German developer Manfred Trenz and released on the Commodore 64 and Amiga in 1990, the game was a massive success, spawning several sequels across 16-bit computers and consoles.

Published by ININ Games and developed by Factor 5, Turrican Flashback bundles together four games in the series; the Amiga versions of Turrican and its 1991 sequel Turrican II: The Final Fight and the Genesis/Megadrive release Mega Turrican and SNES’ Super Turrican. Though strangely, 1995’s Super Turrican 2 is nowhere to be found in this package. But even without that SNES sequel, there’s more than enough content here to keep the most trigger-happy players glued to their spread guns for hours on end.

That is, so long as you’re just here for the games. If you were hoping for a proper celebration of the series’s history, Turrican Flashback‘s glaring lack of bonus features might leave you feeling disappointed. But we’ll get to that in a bit. For now, let’s take a look at each of the games featured in the set.

Have Gun, Will Travel 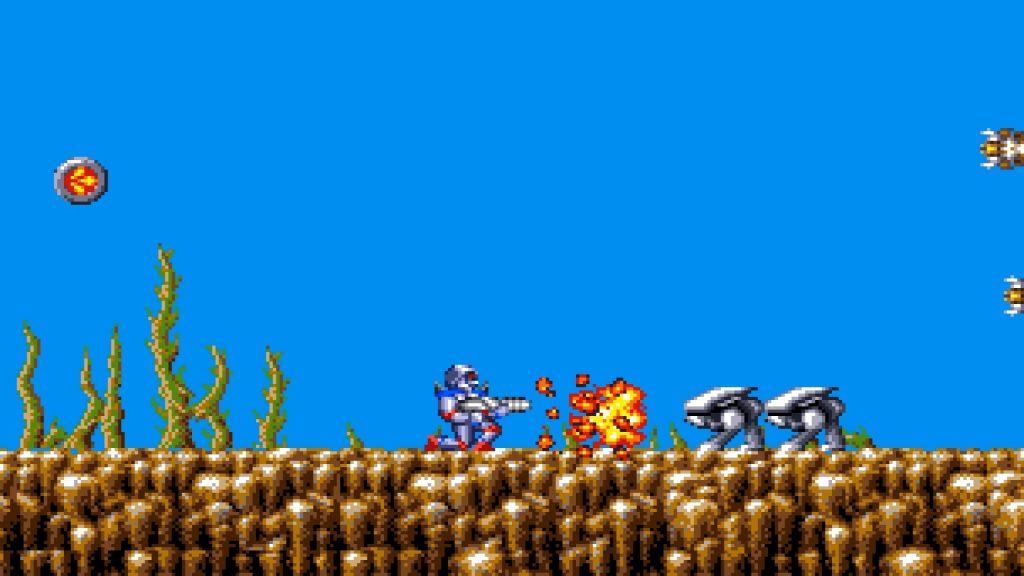 It may look primitive today, but Turrican was a big deal when it was released for the Amiga in 1990.

While a run ‘n gun, Turrican’s DNA shares a lot more in common with Metroid than it does games like Contra or Metal Slug. Its stages are large and mostly nonlinear, so you’ll be doing a lot of exploration as you make your way through waves of robots and other mechanical menaces. Power-ups are scattered everywhere, and they’ll give you access to an arsenal of weapons that includes grenade rounds, spread shots, and a supply of screen-clearing bombs. In addition to these weapons, you’ll always have access to a steerable laser beam that can blast baddies 360 degrees.  You can even tuck yourself into an indestructible ball, similar to Samus’ Morph Ball in Metroid, to safely roll across hazards and negotiate narrow passages.

With its wealth of weaponry and sprawling stages, Turrican has a lot going for it. But that’s not to say it’s perfect. The controls can feel quite stiff, making precision platforming more frustrating than it should be. Add to this the game’s already unbalanced difficulty, in which meteors rain from the sky and crush you, platforms fall from beneath your feet and send you tumbling into the abyss, or seemingly impossible to avoid enemies spawn right where you’re standing, and playing Turrican starts to feel like a bit of a slog. Still, Chris Huelsbeck’s iconic soundtrack is as mesmerizing today as it was when the game was released over three decades ago. That has to count for something, right?

Coming a year later, Turrican II: The Final Fight is a marked improvement over its predecessor. Every element of the game feels noticeably more refined this time around. The stages, while still labyrinthine, are more focused, the enemy placement is less random, and the controlling your character feels noticeably tighter and responsive. Turrican II is also easier on the eyes, with less nonsensical enemy designs and stages filled with vibrant colors to help make the game pop. And once again, the music is to die for. 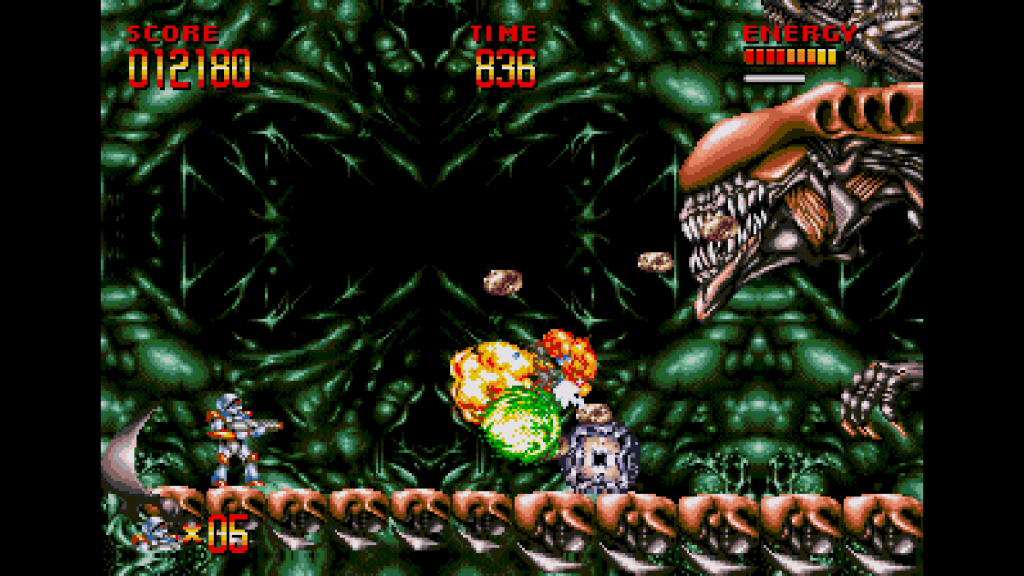 Mega Turrican is easily my favorite game in this collection, and that’s not even my inner Sega fanboy talking. Released on the Sega Genesis in 1993, this is a much grittier effort than the previous games in the series. Many of the generic robotic enemies of old have been exchanged for gross-looking bio-mechanical creatures and aliens that pack much more personality. Believe me when I say the game is all the better for it. After spending the previous two games blasting baddies that looked like sentient toasters, battling these creepy aliens was a welcome change of pace. Even when you fight the game’s menagerie of robots, they’re much more interesting to look at. It’s plain to see that Factor 5 was paying close attention to Konami’s work with Contra III: The Alien Wars when it comes to some of their designs.

In addition to the vastly improved art style, Mega Turrican also introduces a fantastic new mechanic in the form of the grappling hook. While a bit unwieldy to control at first, it’s an interesting tool that’s put to good use throughout the game’s campaign, giving you yet another way to explore the massive levels. Speaking of levels, Mega Turrican‘s stages are much less mazelike when compared to the other games, making this one feel considerably more accessible. 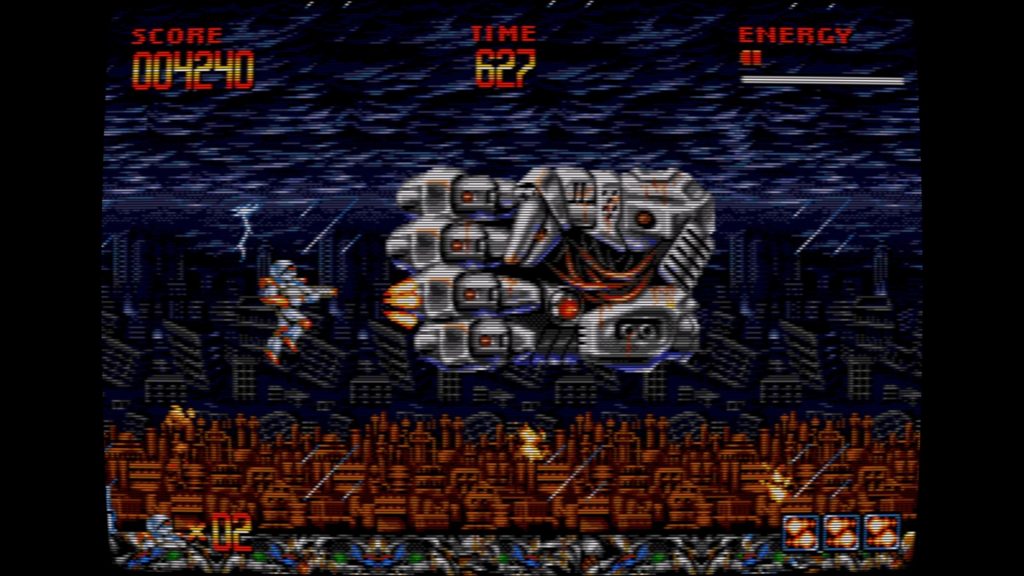 As you’d expect, Turrican Flashback offers a variety of visual filters, like this CRT one.

Also released in 1993, Super Turrican is something of an amalgamation of the two Amiga games that came before it. As such, it’s less focused than Mega Turrican, which, again, I’m not quite crazy about. But I have to admit that I enjoyed seeing many familiar scenes from Turrican and Turrican II: The Final Fight reimagined with the added muscle that the Super Nintendo affords with its sprite scaling capabilities and expanded color palette.

Of course, Factor 5 didn’t merely stop at making Super Turrican a good-looking game. They added a new tool to the game’s arsenal called the freeze beam, which…well…freezes things. It replaces the wave beam and can stop enemies in their tracks. Usually, this is super helpful. However, it can also lead to some frustrating deaths, as freezing flying enemies often results in them landing on your head and crushing you like a pancake. Talk about an embarrassing way to go. I feel like the game would have been better if it allowed you to switch between the wave beam and freeze beam. Sadly, we’ll just have to make do with ol’ Frosty.

At the end of the day, it’s not a bad selection of games at all. Though I do think Mega Turrican and Super Turrican are leaps and bounds more enjoyable than the Amiga games that came before them. That’s not to say that there’s no enjoyment to be had with Turrican and Turrican II: The Final Fight, of course. But the lack of polish when compared to the later entries in the series is tough to ignore.

Turrican Flashback Doesn’t Quite Offer Enough Flashbang For Your Flashbuck

Make no mistake, Turrican Flashback is a nice retro throwback. But I wish Factor 5 and publisher ININ Games did more to make it the proper celebration of the series it could have been. Aside from four pixel-perfect ports, there isn’t a lot here to justify the collection’s $30 price tag. Sure, you get the usual features like the ability to rewind your game and save states and a few visual filters. But save for those modern amenities, Turrican Flashback doesn’t offer much else apart from the aforementioned soul-crushing challenge and a load of zany weaponry.

If you’re a fan of the series who somehow doesn’t own any of the Turrican games, you’ll want to pick this bundle up. Moreover, if you like a good run-‘n-gun shooter and have had your fill of Blazing Chrome or Gunlord X, then Turrican Flashback is probably for you. As for anyone else, you’ll probably want to wait until it goes on sale before adding it to your PS4 library. 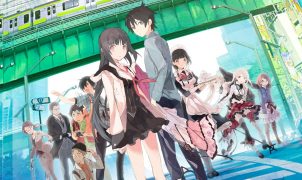