A Relaxing Jaunt Through A Strange Forest

I’ll admit I’ve never actually played a searching game before I played Wind Peaks. Developed by Actoon Studio, Wind Peaks tells the story of a group of scouts (and their less than responsible scoutmaster) who’ve found a map that leads them towards a strange part of the forest. 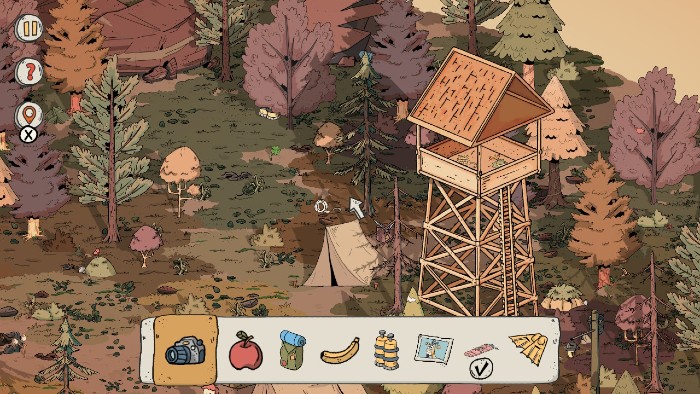 I say Wind Peaks “tells the story” loosely. There’s no dialogue, and the story, such as it is, is told through some charming cartoon-like stills. The story you piece together from these cute little scenes is whimsical and silly, which can be a good thing when you need a break from more serious or intense game narratives. Really, my only complaint about the story is that it finished on a bit of a cliffhanger. However, there was also a hint that there may be more to come in the future.

Seek and Ye Shall Find 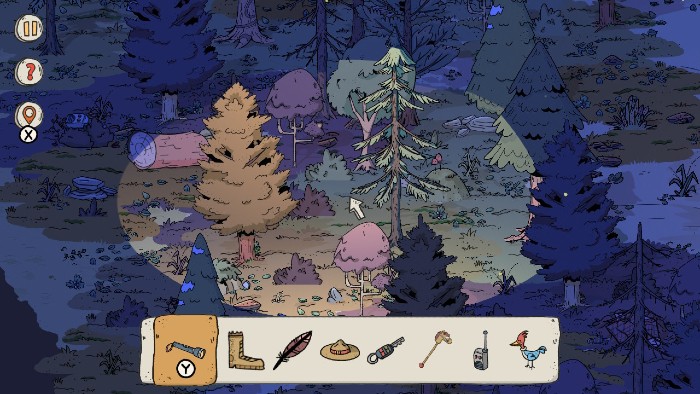 Gameplay for Wind Peaks is pretty straight forward. There are ten stages, each with its own set of items that you need to find. It starts off pretty simple – find a few items in a fairly small stage. I appreciated that the difficulty steadily scaled upwards from there. While never frustratingly difficult, the developers made it pleasantly challenging. Sometimes items were hidden in such obviously plain sight it made them that much harder to find. Like the old adage goes, “If it was a snake, it would have bit me.”

With each new stage, the number of items to locate steadily increased, as did the size and complexity of the levels themselves. Some of the levels were rather impressively large, and no two stages really felt the same. I also really liked that some puzzle elements were incorporated into the gameplay. In order to locate some items, sometimes you have to move blocks in a certain order, or stack certain items. While never particularly complicated, it added a nice layer of gameplay to an otherwise simple genre.

Why Yes, I Was Looking for That Blue Corn 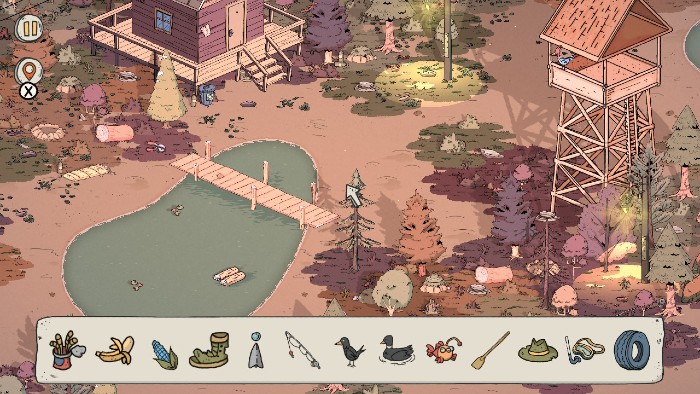 Controls are very simple. The left joystick moves your view around the whole screen. The right joystick is for fine movements of your cursor. You can interact with items with either ZR or A. If you need to move an item, you can hold down ZR or A, which will pick it up. Simply release either button to drop the item. Occasionally you’ll need to use a camera, and you’ll be given the controls for that item in the item bar at the bottom of the screen. Finally, holding down the X button will activate Wind Peak’s hint system. A timer will appear over the next item, and once it counts down, an arrow will appear on the screen that will guide you to its location. 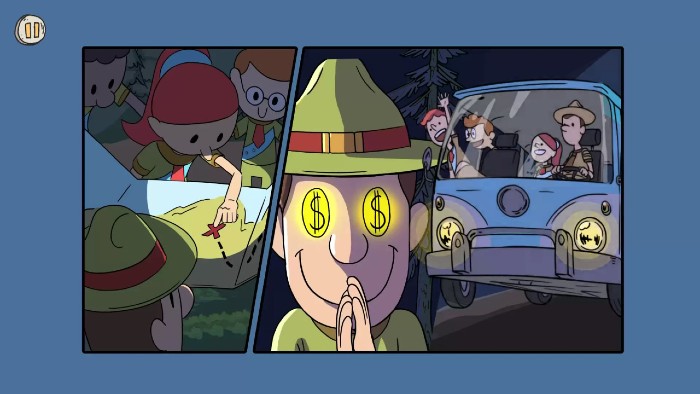 Where Wind Peaks really shines is the art style. It’s got a sort of Gravity Falls vibe to it that works really well. The art is very charming, cutesy, and helps with the whole relaxing vibe of the game. Everything looks hands drawn, and the items you have to find are cleverly worked in. Animations are smooth, and there are neat little effects when interacting with items. Sometimes you’ll be able to break apart small rock formations. You can also shake trees, and it will send a small shower of leaves floating free. These little attentions to detail just give the game a little something extra that I found really charming.

There’s not a lot of music to speak of, but I don’t think you’ll miss it. If the gameplay and art style are relaxing, then the sounds are downright soothing. Gentle nature sounds abound. Birds chirping, leaves rustling in the trees, the occasional animal sound. The sounds fit in perfectly and help create a wonderfully relaxing atmosphere.

Here’s to Hoping for Season 2

Overall, Wind Peaks is a delightful, if short game, though I’m not quite sure that the current price point accurately reflects the content that’s available. That being said, if the hint at future content is accurate, I’d be willing to revise that opinion. I finished the game in roughly 2 hours, and it was a thoroughly enjoyable couple of hours. There’s a gentle scaling of difficulty so that the game never feels boring or too repetitive. Charming art style and super relaxing ambient sounds. Honestly, I just wish the game was longer. If you’re looking to switch things up and play something gentle and soothing, give Wind Peaks a shot.

Full disclosure: This review is based on a copy of Wind Peaks provided by the publisher.