A Journey Through the Depths of Hell

Full disclosure: I suck at shmups. But that doesn’t stop me from enjoying them. Void Gore, from eastasiasoft, is everything about shmups that I enjoy, and also what makes me so bad at them: over the top, borderline bullet hell, and with only one life to spare. 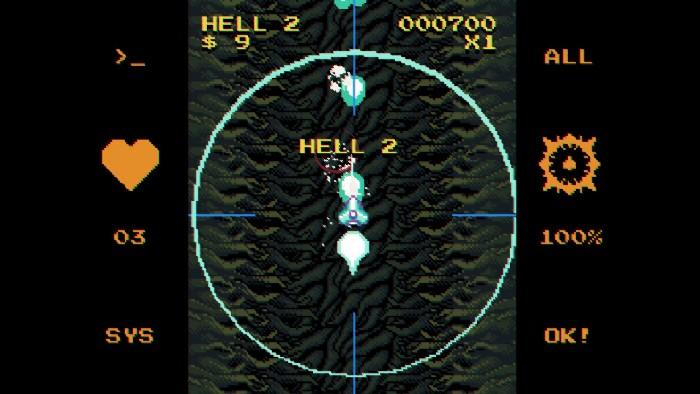 Like most shmups, Void Gore doesn’t really have much of a story. Players take on the role of a pilot who has to navigate through the depths of hell. And.. that’s pretty much it. But honestly,, who’s playing a shmup for the story? You don’t need one when you’re blasting the crap out of an endless horde of hellspawn.

Since there is no story, pretty much everything comes down to the gameplay. And the gameplay for Void Gore is solidly enjoyable. You start at level one each time, and the goal is to survive as many stages as possible. As far as I know, there are an infinite number of levels – it only ends when you run out of life and die. Unimpressively, the farthest I ever got was level fifteen, but that didn’t stop me from trying again. And again. And again. And again.

A Delightful Surfeit of Powerups 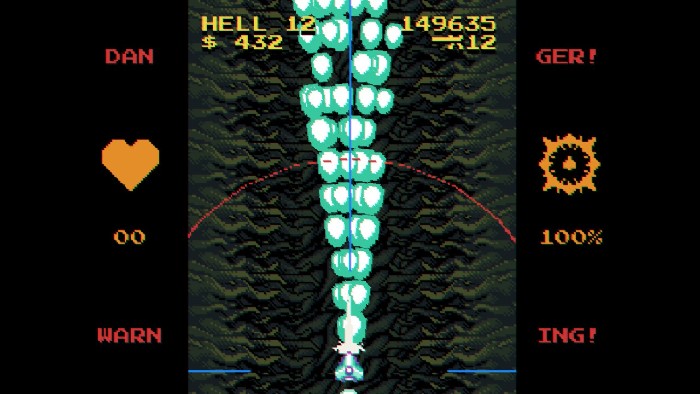 Void Gore‘s gameplay is fairly straightforward. Hold down the B button, and you’ll fire a constant barrage of bullets. The joystick will move you around the screen. Interestingly, there was a “Clear” mechanic in Void Gore that I’d never come across before. When the “Clear” meter on the right fills up, you can hit the A button, and everything caught inside the “Clear” area (indicated by the circle in the screenshot above) will be destroyed. This includes enemy bullets, which can be incredibly useful. It took me longer than I’d care to admit to realize that you move much slower when you’re firing. Once you stop firing, you practically zoom around the screen. You just have to master when to fire and when to dodge.

Occasionally enemies will drop powerups that will help you survive a little longer. Boosts include rate of fire, number of bullets fired, amount of damage per bullet, increasing your clear area, and more. It doesn’t seem like there’s a limit to how many powerups stack, either. In fact, more than once, I had so many powerups stacked that the screen was more full of my bullets than anything else. It actually made it kind of hard to determine what was going on. Which, of course, didn’t make me stop trying to collect more.

Keep Chaining to Increase Your Score 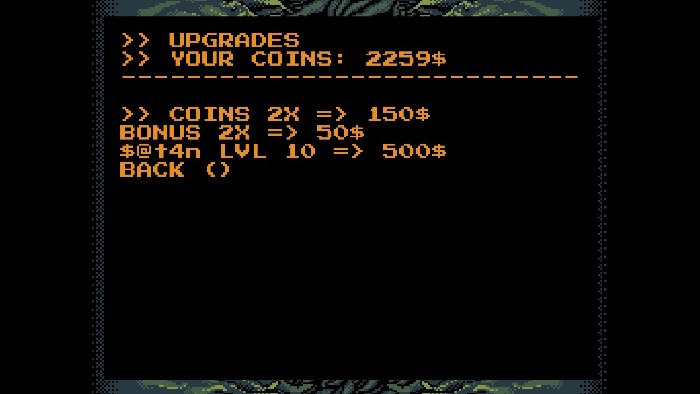 As for Void Gore’s scoring system, it’s pretty solid, too. Chain your kills together, and you’ll keep your multiplier growing up to 8x. Make sure you kill at least one enemy before your multiplier meter runs down, and you’ll keep your chain going. Some enemies will also drop money, which you can use to purchase permanent upgrades for your ship. The upgrades are particularly helpful, giving you more starting life and firepower.

Putting the Hell in Bullet Hell 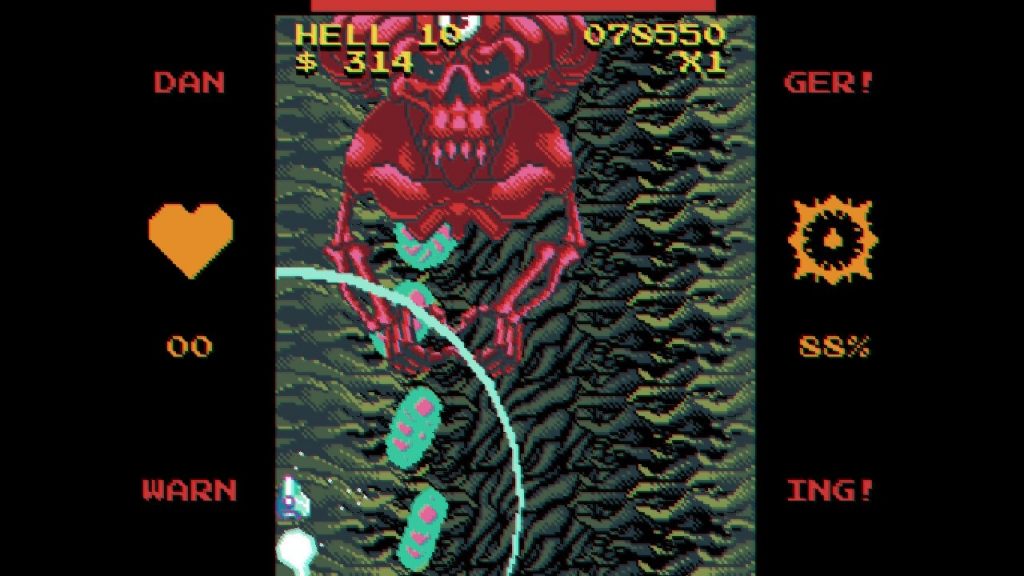 The in-game store also contains purchases that will go towards your next run. The most interesting of which involves summoning what’s basically Satan (the giant horrible beast seen in the screenshot below). I’m not sure if there are other bosses in the game, as this was the only one I encountered. But it’s a doozy. It takes up the vast majority of the screen, giving you very little wiggle room. On top of that, the number of bullets it releases is almost obscene – but not impossible. It’s a delightful challenge, and I’m glad they added it. All in all, it helps keep the game from being too repetitive.

Fun, but Not Without Flaws

Overall, Void Gore is a fun little game you can pick up and put down whenever. It’s a solid shmup, with addictive gameplay and delightful retro-pixel graphics and music. My main complaints are that there’s not a large variety of enemies (I think I counted about five or six), though some of the bigger blob-like enemies do have different attacks. Some boss fights could help mix things up a bit, as could occasionally changing the background mid-run. At it’s current price-point, though, you get an enjoyable game you can play pick up whenever you like and not feel like you didn’t get your money’s worth.

Full disclosure: This review is based on a copy of Void Gore provided by the publisher.