Eustace comes armed to the teeth in April as the fifth character in Granblue Fantasy Vesus’ second season. 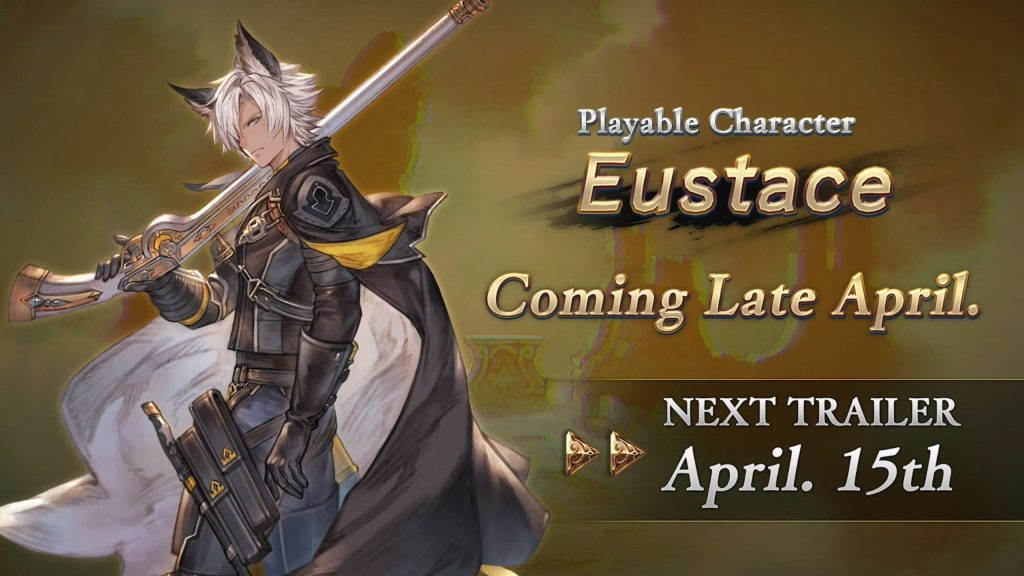 Arc System Works and Cygames have announced that Eustace will be the next character added to Granblue Fantasy Versus.

The developer describes him as “a mid-range fighter who keeps pressure on his opponents with a variety of attack methods.” He utilizes a plethora of weapons, including grenades, knives, and a lightning-lobbing gun called Flamek Thunder to keep his opponents on their toes.

Eustace will be available for players to download in late April. Previously-released Season Two characters include Belial, Cagliostro, Yuel, and Anre. You can purchase the game’s GBVS Character Pass 2 here.

Check him out in the Season Pass 2 trailer below:

For an in-depth look at the game, be sure to read our Granblue Fantasy Versus review.

Developed by Arc System Works and published by XSEED Games in North America, Granblue Fantasy Versus is a 2.5D fighting game based on Cygames’ popular Granblue Fantasy RPG franchise. The game is now available for the PlayStation 4 and PC via Steam.

What do you think of the look of this heavily-armed addition to the game’s lineup? Do you plan on making Eustace your main when he joins the fray next month? As always, we love to hear what you think. Sound off in the comments and let us know.