Do you know the Way(landers)?

It’s been about nine months since The Waylanders first graced Steam Early Access, and development on this fantasy RPG with tactical elements has been chugging along at a strong, steady pace since June 2020. A successful Kickstarter project turned reality, The Waylanders is being headed by Spanish dev team GATO STUDIO on both the development and publishing front, with Emily Grace Buck of Telltale Games fame on board as a writer and music composed by Emmy award-winner and three time BAFTA nominee, Inon Zur. The Waylanders is hoping to release sometime this year, and with a little more polish and patience, this work in progress will surely become a treasured favorite for fans of the fantasy RPG genre.

The Waylanders opens up on an important journey being undertaken by a fantasy Celtic king and his entourage. After some careful character customization where players can choose from four different races and six different classes with eight (not yet available) backstories, the main character is introduced to the rest of the group and takes their place as their backstory deems it. I chose to be a Mourian ranger who could negotiate in their sleep better than most humans, which made me a necessary asset. What for? Why, for our meeting with the Gods, of course! The king brings gifts aplenty and hopes to meet with his deities, the Tuatha de Danaan, for the good of his people. Surely this meeting will usher in a new golden era for the Celts!

Unfortunately, the negotiations go wrong. Really wrong. Not your fault, of course, but, well… it’s a catastrophe of epic proportions. 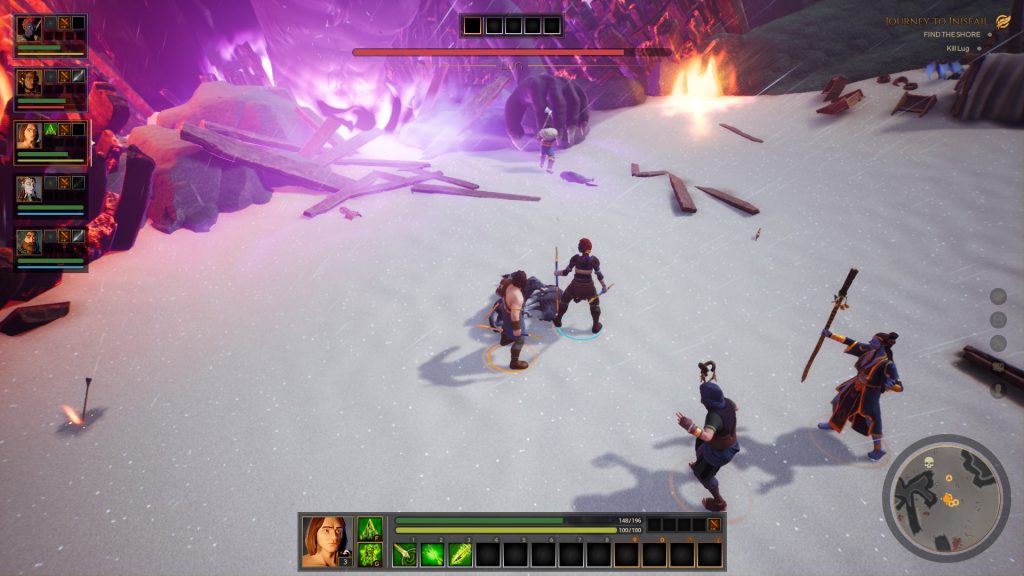 Fortunately, your character has a team of well-trained fighters at their disposal. A sorcerer, a warrior, a ranger, a healer, and, uhh… Heraklios (yep, Hercules) are here to help you fight through the Tuatha to save your people. This is where The Waylanders begins to shine: the friendships you foster, relationships you take to the next level, and choices you make here and now will greatly impact what happens to this land centuries later. Even more interestingly, your character will be around to witness said changes, as, for reasons unknown, they’re suddenly thrust into the future. Untethered from time, you can travel from the Celtic age to the Galicia — Medieval Christian Spain — and see for yourself the consequences of your earlier actions. Now armed with the ability to traverse between the two wildly different eras, players will be able to piece together what happened in the course of those hundreds of years spanning between the Celtic and Medieval ages and how their actions wrought these changes upon the land. And with multiple endings available, it’s tempting to want to play through multiple times to get the “best” ending possible.

The Waylanders has really lovely aesthetics — the art style is a bit more cartoony than what I was expecting, but it brings to the game an almost retro vitality reminiscent of Warcraft III. The intense and vibrant use of color really made both the characters and environments pop, which pulled me in almost immediately. Coupled with the seriously lovely music, I think one of The Waylanders biggest selling points from the word “go” has got to be its aesthetics. In fact, at one point I pulled my husband over to look at a single room to show him the way the light reflected off the intricate golden craftsmanship on the marble floor paired against the deeply lush star ceiling. So many environments were like this, and with gorgeous music to match, I felt instantly transported to a stunning fantasy land. 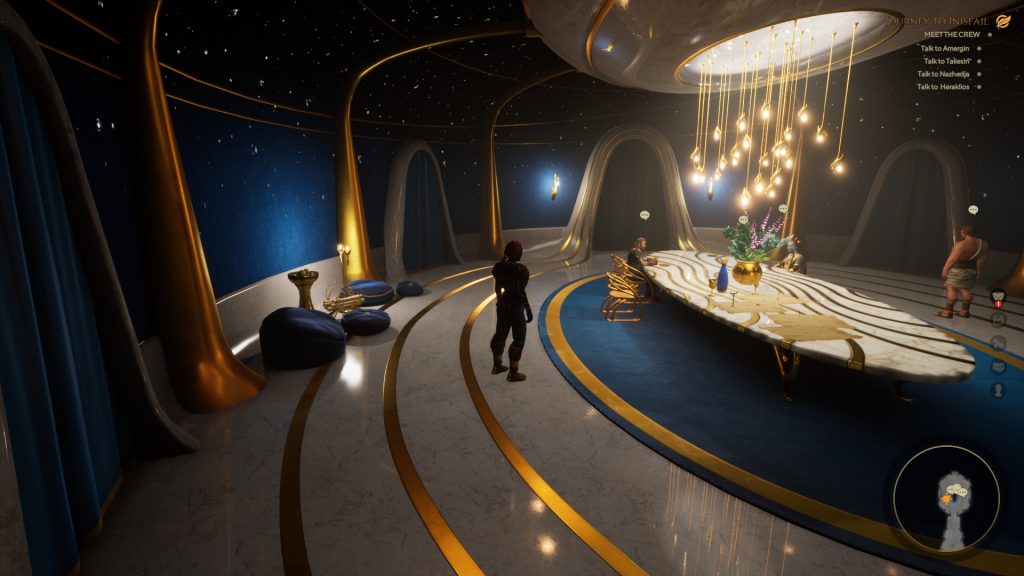 When it comes to combat, The Waylanders mixes a more “traditional” RPG style with tactical elements in a delightfully simple way. Players can usually Leeroy Jenkins their way through most of the battles, which will work when there aren’t too many enemies on the field. If the enemies outnumber the group, it’s often best to get in formation and fight as a single unit, coordinating movements with the others to overpower enemies. One interesting aspect of battle is the tactical pause, which can be toggled on and off at will. This will allow players to inspect the battlefield from all angles and set up actions all party members will then perform immediately after unpausing. This can be incredibly useful if a party member is seconds away from death, allowing you to take your time switching over to your healer and casting a sorely needed healing spell on the near-death member.

After going through both journalist and player reviews written at the beginning of The Waylanders’ Early Access period and comparing it with my own experience, it’s clear that much has progressed in terms of development. The easiest change to recognize is in the voice acting and mouth animation, as cutscenes are now more fully fleshed out. It appears that the AI has seen some tweaking to better help the main character, but since the support characters don’t do an awful lot of support on their own, more tweaks are still needed. I did encounter a single bug that was easily fixed upon reloading an earlier save, so I do recommend saving often to avoid having to backtrack too much in the event they do occur for you as well. Finally, one thing that is worth noting that seems to be popping up in player reviews is that the language in this game could be considered quite crude for a Medieval setting, as swear words flow freely from the mouths of party members. I personally found it interesting considering how few RPGs utilize current cuss words, but plenty of players seemed to be taken by surprise by this choice if the Steam reviews are anything to go by. To each their own, I suppose!

The Waylanders is one of the most unique RPGs I’ve played in quite some time, and while the comparisons to Dragon Age and Baldur’s Gate 3 are fair, this one has a certain je ne sais quoi about it. It’s vibrant, interesting, action-packed, and charming in many ways, and should the price increase once it fully releases, I would recommend grabbing it now, even in its imperfect state, to save some coin on a seriously good time. It’s going to require some patience to really get into, but, if given that time, The Waylanders has the potential to absolutely dazzle. Check it out on Steam Early Access today! 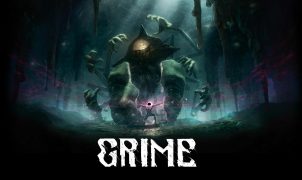 GRIME Review: Clear as Mud     The origins of the Metroidvania genre aren’t exactly difficult to discover. I mean, the term itself is literally a mash-up of the…