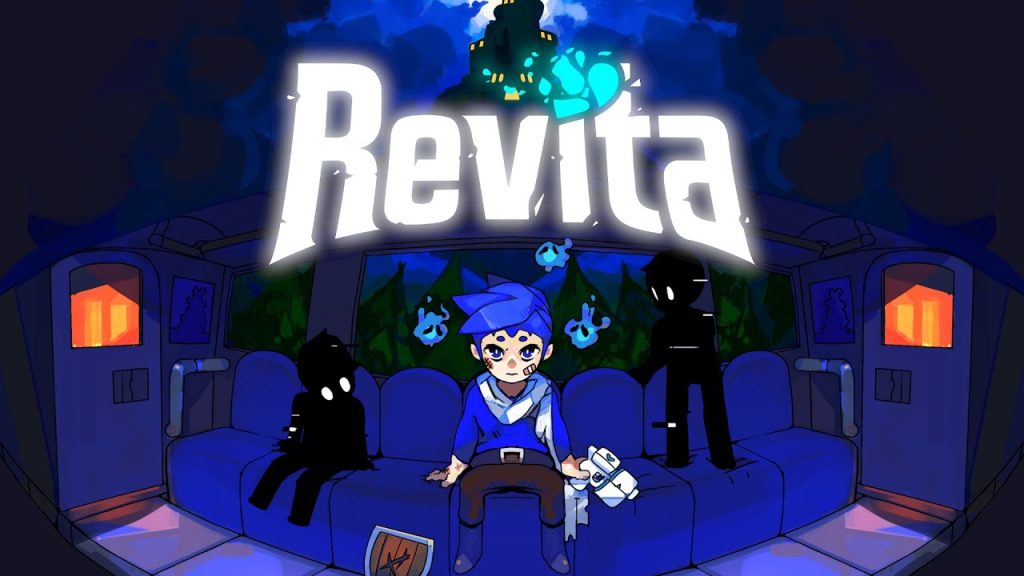 The opportunity to play a new roguelike is always an exciting one for me, personally, but I’ve recently found myself appreciating more those that don’t opt-in for the traditional, dungeon-crawler style made famous by games like The Binding of Isaac and Enter the Gungeon. Of course, that doesn’t mean that I don’t love games like that every bit as much as I always have, it’s just nice having a bit of variety. So, when I was offered the chance to preview Revita—a roguelike/twin-stick-shooter/platformer-hybrid—you can bet that I jumped at the chance to do so. And you can also bet that I’ve had an absolute blast (no pun intended) with it so far. 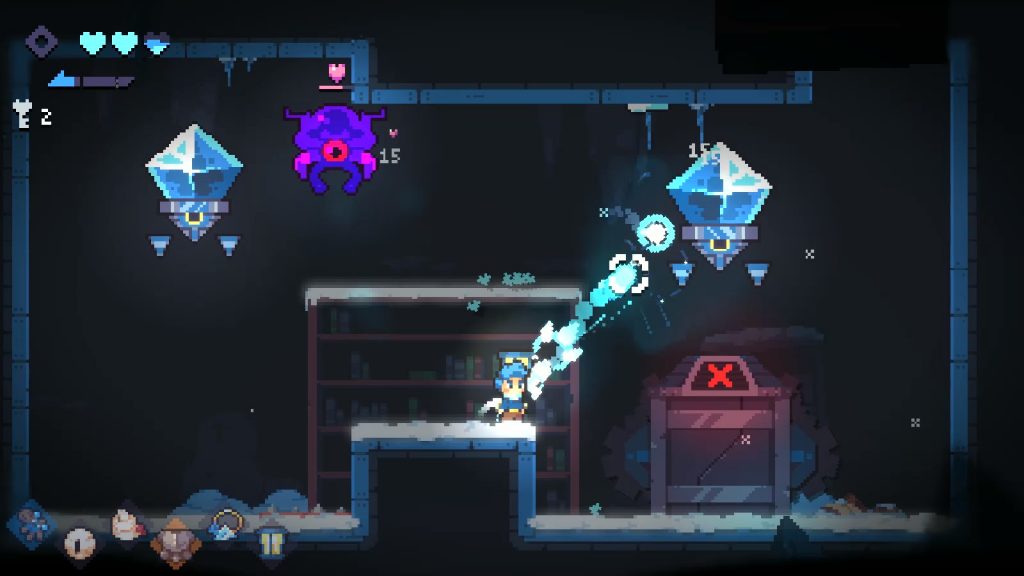 As I mentioned in the intro, Revita‘s got a neat little combination of gameplay going on that’s one part roguelike (or is it rogue-lite?), one part twin-stick shooter, and one part platformer. In true roguelike form, the goal of Revita is to make it to each zone’s end, at which time you’ll face off with (and hopefully defeat) said zone’s boss. Now, I’ve already made it clear that this game isn’t quite like any others that I’ve come across before, but let me elaborate on that just a bit more.

What arguably makes Revita stand out from the crowd the most (in a good way!) in its current state—at least in my opinion—is the fact that its zones aren’t made up of a bunch of interconnected rooms like you’d find within most roguelikes. Instead, what you’re given is a series of very small, self-contained floors and the ability to only progress forward. What this ultimately results in is a game that boasts a level design with more arcade-like feel, while still retaining many of the other mechanics that you might otherwise find in any other roguelike game. And add in the fact that the gameplay itself is easy to pick up on, more challenging than it might first appear, and just plain addicting, and you’ve got yourself a winning formula, here. 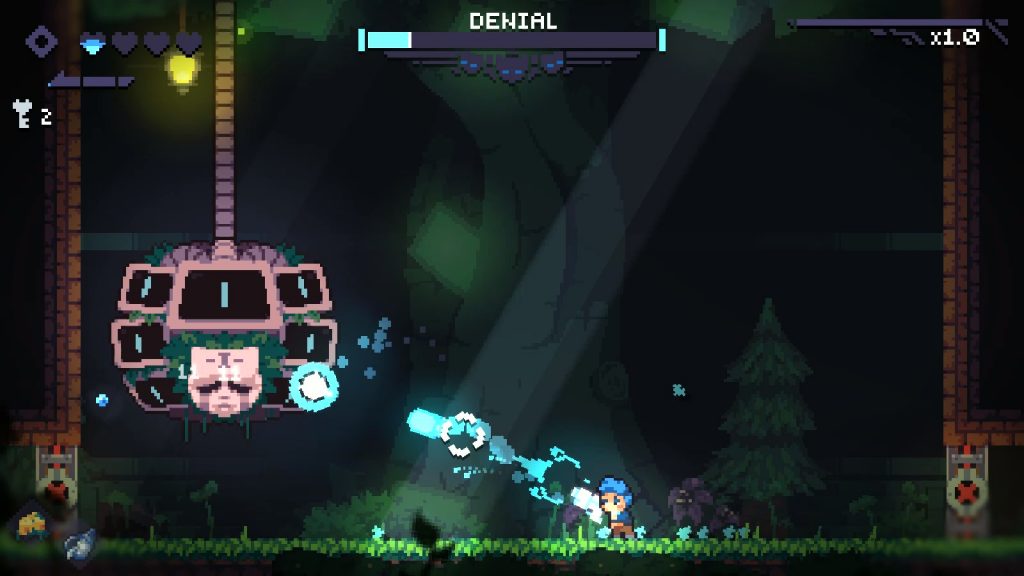 What are you crying about? I’m the one with half a heart, here!

Overall, I would say that Revita‘s blending of various genres, particularly the implementation of a more arcade-like level design, is very well-done. I am also aware that this game is in Early Access, and has literally only been out for three days. However, even with all of that having been said, I would like to state that I do not believe that Revita‘s level design could be considered “finished” in its current state.

Part of what makes a roguelike game fun is the fact that each run can throw the player into levels that are wildly different from one another. I’m not saying that everything needs to be different, of course—you’ve always got to keep certain fundamentals in a similar state—but as the game currently is, there’s really not much going on between each level, aside from the occasional treasure room/shop/secret room/etc. being added onto whatever floor you’re on. If more variables—both good and bad—eventually get added to floors, I think that things could get even more exciting than they already are.

Sacrifices Must be Made 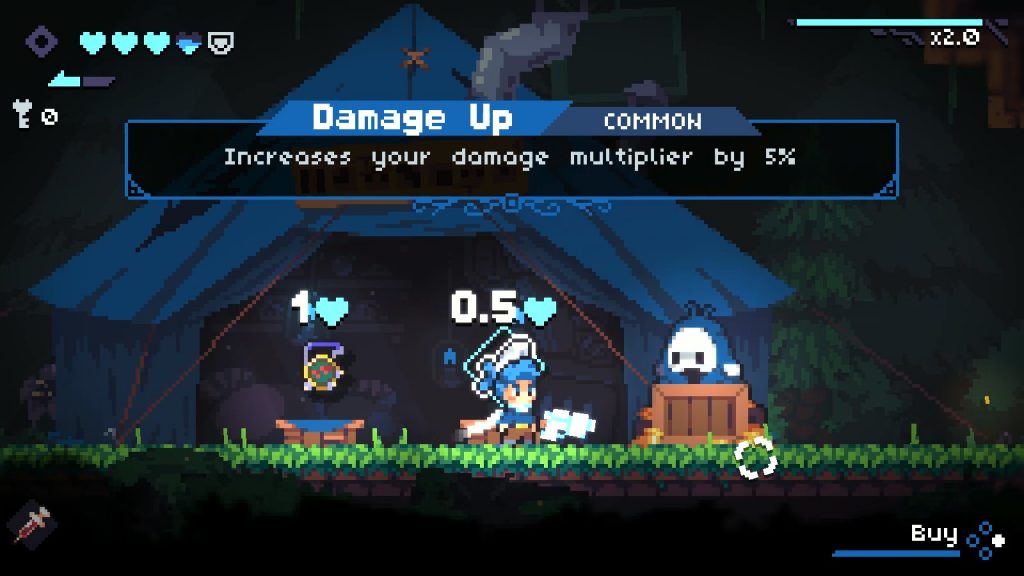 Well, I can’t say no to a deal like that…

Yet another thing about Revita that intrigues me is its fascination with sacrifice. No, I’m not saying that this is the first roguelike to integrate the concept of sacrifice into gameplay—just about every roguelike out there does that—but this game is about sacrifice at its very heart and soul, and I mean that quite literally. Embodying the quote “nothing in this world is free” to a terrifying degree, almost everything in this game comes at a price. And that price, of course,  would be your life.

I’m going to be honest, here—I’m not entirely sold on this concept. In some cases, it doesn’t bother me so much. Once you become comfortable with the game, giving up the occasional heart or two in exchange for an item really isn’t a big deal at all. However, the fact that almost everything in this game costs HP, and that you only start out with 4 hearts, means that things get dicey very quickly. To be fair, Revita does attempt to take certain countermeasures. By defeating enemies you obtain souls, which you can use to recharge your hearts—or even create new ones—and you can even find power-ups on occasions. However, these generally do little do balance out the consistently high demands. 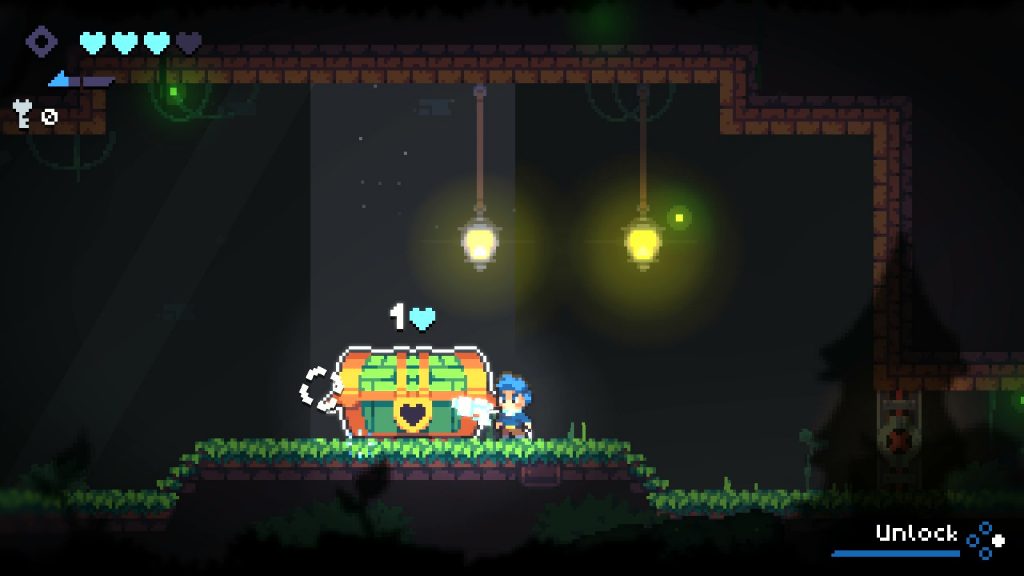 Even the treasure chest wants a piece of me, huh?

Despite all that I’ve said, however, I don’t think that an emphasis on sacrifice is a bad thing. Not being able to rely on a boatload of power-ups forced me to sharpen my skills rather quickly, which lead to me being able to do things like getting the no-hit achievements for entire floors without actively trying to do so. I haven’t played many games that have forced me to improve that quickly without realizing it, so when I had actually gotten to the point where I could defeat bosses unscathed, I smiled what I had unknowingly allowed Revita to do to me. Why am I saying this? Because I want to make it clear that I’m not complaining about the fact that this game doesn’t throw freebies at you hand-over-fist. I’m just saying that doing things like making you use a key to unlock a room that contains a treasure chest that won’t open unless you fork over a heart, whose item could possibly be cursed, is kind of an unnecessary gut punch.

Revita may feature somber overtones about confronting the five stages of grief (or at least the first three, anyway), but this game has brought me nothing but smiles so far. Sure, it may still have some climbing of its own to do in terms of development and overall design balancing, but I’m fairly confident that it will get there eventually—and I can’t wait to go along for the ride.