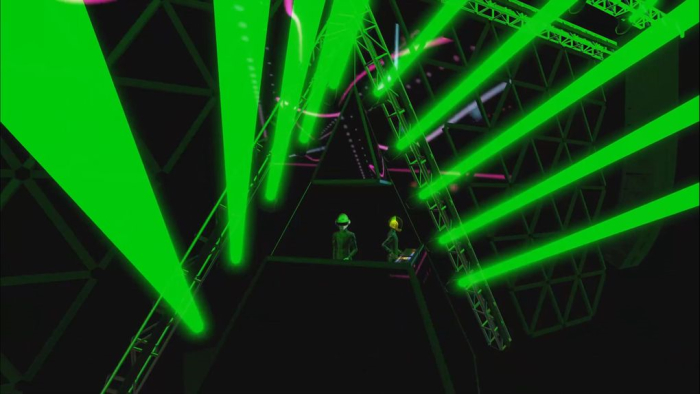 The news of Daft Punk‘s retirement came as a mighty blow to electronic music fans the world over, including many of us here at Hey Poor Player. Besides the reality that we’re not going to receive new material, there’s the sad realization that many of us never got to ever see them live, and now we never will. It’s especially disheartening when you consider the fact that fans had close to three decades to do it before the duo decided to unplug their turntables. But fret not: a new mod for Vinyl Reality lets you relive one of the iconic duo’s greatest shows; specifically, the 2007 Alive event… in virtual reality glory.

For those not in the know, Vinyl Reality is a DJ’ing app that, as the name suggests, utilizes VR. Think Virtual DJ in an Oculus Rift (or whatever VR headset happens to be your headset of choice). It features two accurately recreated vinyl turntables and a fully-featured 2-channel DJ mixer. Although still in Early Access, it has “very positive” ratings and is already as fun as it sounds. You can check it out here if you’re interested.

The Alive 2007 mod was created by Flip Reality and is available from mod.io here. I suggest browsing the other mods for Virtual Reality, as there is a lot of interesting material on offer, including a mod that features Kraftwerk!

The video below should give you an idea of what to expect — although be sure to grab some popcorn for it, as it’s nearly an hour and a half long!

If you’ve played Vinyl Reality before and have some tips to share for beginners, or you want to sound off about Daft Punk calling it quits, be sure to tell us in the comments section.