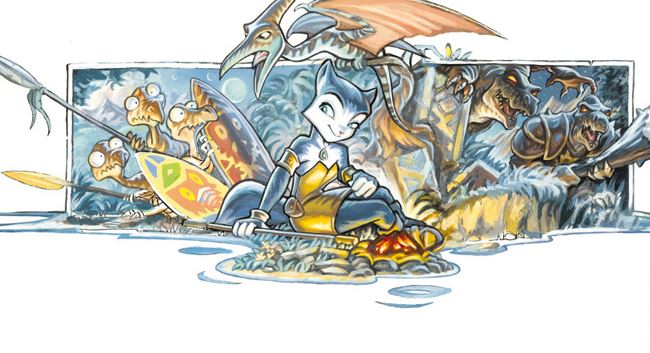 Thought GameCube’s Star Fox Adventures was ill-suited for Nintendo’s sci-fi shmup? You’re not alone — while the 2002 action-adventure game had its fans, many Nintendo fans wish Rare’s original vision in Nintendo 64’s Dinosaur Planet came to fruition instead, be it as an ambitious send-off for the dying console or a stunning GameCube showcase. We’ve previously witnessed  footage, screenshots, and concept art of the former — an original fantasy adventure featuring vulpine leads Krystal and Sabre — but aside from plot summaries and the like archived by Rare Thief, we’ve never had an in-depth look of what this globe-trotting epic might’ve been like…until now. Thanks to game preservationist site Forest of Illusion, a pplayable build of Dinosaur Planet‘s N64 version is available for everyone to enjoy, be they Rare die-hards or curious game historians. Check out the tweets below for all the goods!

Today we have released Dinosaur Planet by Rare for Nintendo 64. The development was halted and moved to the GameCube, where it was then released as Star Fox Adventures. Enjoy! (More info in this thread).

We purchased this disc containing the build from a private game collector in Sweden. The file date lists the build as being from December 1st 2000. It seems to be quite a late build of the game which is great, but it will need some hacking to be fully playable to the end. pic.twitter.com/igtDSzeRzG

As seen above, the craziest discovery here is that the Star Fox shift already began even before Dinosaur Planet‘s GameCube transition. Granted, it’s obvious they’d only just started the process — the game swaps references to “Fox” and “Sabre” on a dime, right down to the latter’s HUD portrait. And hey, how about “Fox Mcloud, Royal Knight of the Lylat System”? Guess Rare was still feeling out how to incorporate the legendary mercenary — note how gameplay videos like the one below abruptly introduce the character.

We’ll leave it to you to track down this Holy Grail (psst, click on the Twitter chain above), but be warned: while this Dinosaur Planet build’s certainly playable, users have reported no ends of game-freezing bugs and black screens and the like, so you’ll certainly run into some frustration. As also stated above, Forest of Illusion claims the game requires “some hacking” to reach the ending, so we imagine ROM hackers are already hard at work to make that a reality. Regardless, if you have any familiarity with flash carts, they mention it should “work perfectly fine” with those. (While you’re at it, why not use Rare Thief’s archive as a companion piece? No doubt it’d be fun to see what made the cut!)

With the cancelled Xbox 360 remake of Goldeneye also released into the wild, could we see other lost Rare projects see the light of day? At the very least, Chris Seavor of Conker’s Bad Fur Day fame isn’t certain we’d see a Twelve Tales: Conker 64 build on the same level of completion, claiming there were only a couple functioning levels. Perhaps there’s also some other lost N64 projects floating around — maybe we’ll find the ultimate N64 grail in Mother 3? Nah, that’ll never happen…right?

Regardless, let us know your thoughts in the comments below! 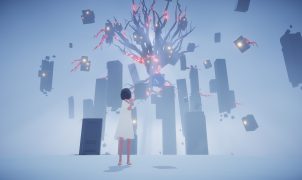 I’ll Give Them Shelter, Like You’ve Done for Me     I’m going to begin this review by letting you in on a little something about myself; I really…