A Valiant Attempt to Fill The Switch’s MMO Void 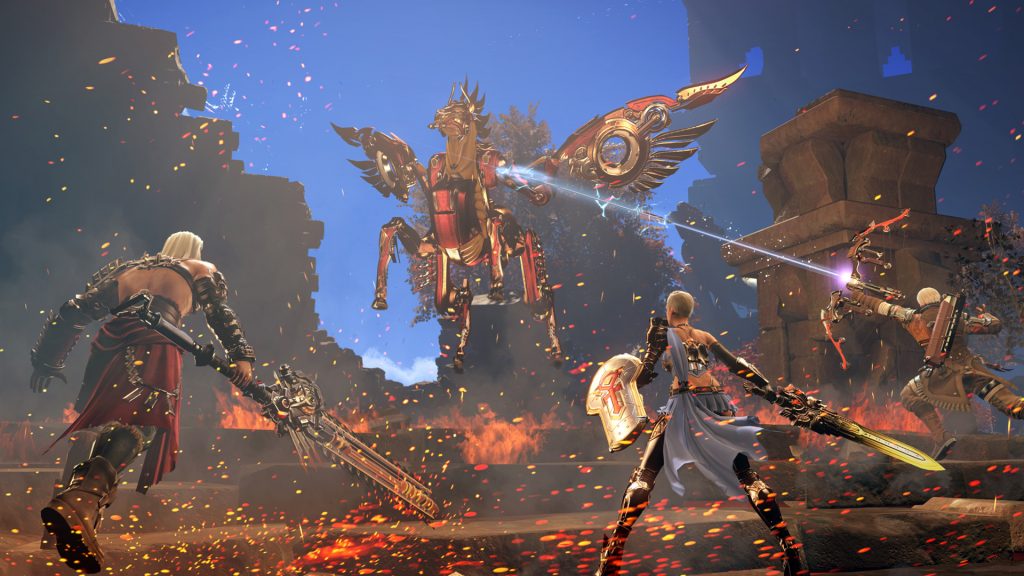 The Switch has been desperately crying out for an MMO for a while now. Who wouldn’t absolutely love an MMO you could play on both the TV or in handheld mode? Skyforge, from MY.COM, had the opportunity to fill this void. While I’m usually pretty skeptical of the free-to-play model, as it often feels more like pay-to-win, I decided to give Skyforge a chance.

Embark on Your Immortal Journey 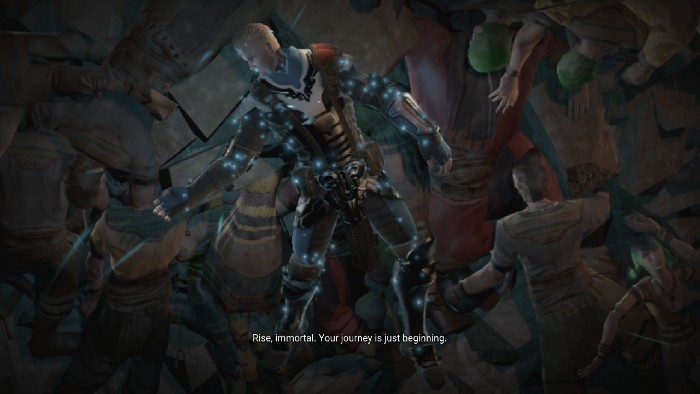 The story of Skyforge is enjoyable, for what it is. MMOs typically don’t have the most riveting of storylines, and even the better ones have a pretty slow burn to their stories. Skyforge begins with players discovering that their character is immortal; basically a fledgling god. From there, you’ll learn about Aelion, where the immortals gather and train. As you begin to learn about your burgeoning godhood, you’ll start tracking down a mysterious being known only as the Gravedigger. It’s perhaps nothing special, but it’s solid enough, and it keeps your curiosity piqued enough to keep playing. 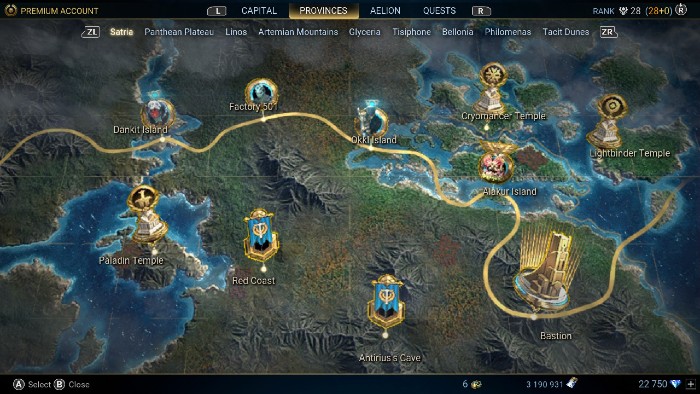 Where Skyforge excels is in its gameplay. It’s simple, it’s addicting, and it keeps you pretty well engaged. Gameplay takes place in the world of Aelion, which is divided up into several provinces, which is then further divided up into individual areas/sections. You can choose from side-quests or from story missions, which will tell you which area of which province you need to travel to. An individual level tends to be pretty linear — you progress from the beginning to the end, meeting a few checkpoints along the way. Rarely will you have to circle back during a mission to an area you’ve already explored. What’s nice is you can open up your quests/missions in the menu, and select one and it will take you automatically to the necessary area.

Combat isn’t particularly complex, but that’s necessarily a bad thing. How you fight enemies is also largely dependent on your class. There are a staggering eighteen classes to choose from in this game. You start with access to three of them: Paladin, Lightbinder, and Cryomancer. The other fifteen classes can be unlocked by saving up enough in-game currency (not an easy feat), or by buying a different form of in-game currency. If that sounds a little confusing, it kind of is, but I’ll get more into the game’s currency issues later.

Each Class Has Unique Skills and Attacks 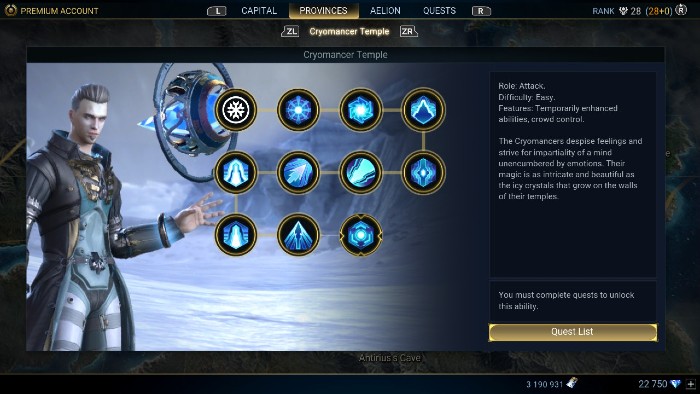 Because I was provided with a bundle with the game, I was given enough currency to purchase a few other classes, so I also tested out Firestarter, Outlaw, and the Gunner. I will say, I really enjoyed how each class felt entirely unique, with their own skills and attacks and styles of play. The Paladin felt perhaps a little basic, but I enjoyed the close-range combat style. My absolute favorite class, though, was the Cryomancer. Attacking from a distance and being able to temporarily freeze your enemies definitely suits my playstyle very well. One thing I found particularly great about the class system: you can change classes at any time, right from the regular menu.

Regardless of which class you choose, attacks are largely mapped to the X, Y, and B buttons. Once you progress your class, you’ll start to unlock more skills and attacks, which will then be mapped to those same buttons with ZL. You’ll also usually have two attacks/skills assigned to R and ZR. I was a little worried I’d get a bit confused and forget which was which, but there’s a helpful little legend on the bottom right of the screen, with each symbol representing a skill or attack. Many of your abilities require the use of Mana, which is represented by a blue bar in the bottom left of the screen. Stronger abilities take more, and once you’ve depleted your stores, you’ll have to wait a short while for them to be replenished so you can whip out your more potent attacks again. You can also dash short distances by pressing down the left joystick, which is pretty useful for dodging attacks or getting far enough out of enemy range to heal if necessary.

A Face Only a Mother Could (Maybe) Love 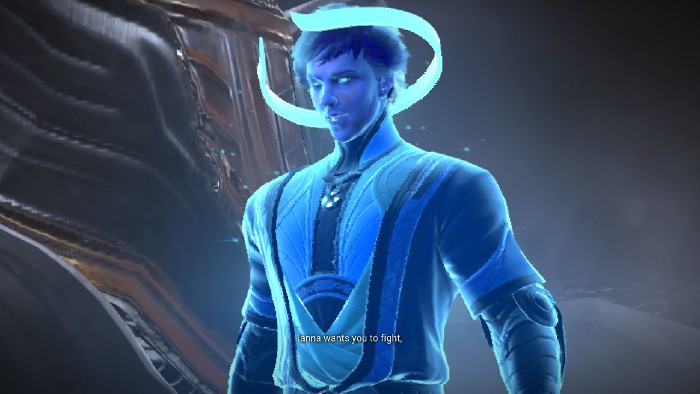 If you’ve been paying attention to my screenshots so far, you’ve doubtless noticed that the graphics are a little… rough. Honestly, I don’t mind a game looking a little rough around the edges, even though Skyforge kind of looks like a PS2 game at times. Parts of the game are actually genuinely pretty, but it tends to be backgrounds and celestial bodies that are off in the distance. When the game zooms in on NPC faces, that’s when the discomfort hits. I don’t know if it’s an uncanny valley thing or if it’s because some of them look like human versions of the Chucky doll from Child’s Play, but some of the faces just left me feeling vaguely uncomfortable. During cutscenes, the characters also just can’t seem to sit still. They are constantly moving, and in ways that just don’t feel natural.

The graphics tie into some other issues I had with Skyforge. The Switch seemed to struggle with it from to time. Textures would take too long to load; sometimes characters wouldn’t load at all but their speech boxes would still be there. The game also seemed to really struggle with the audio. Multiple times the audio would stutter to the point I couldn’t understand what a character was saying, or couldn’t make heads or tails of the music playing. Occasionally, when a character would be speaking during a cut-scene, the audio would stop mid-sentence and it would suddenly skip forward to a new part of the dialogue. It wasn’t so frequent that it was game-breaking, but it was often enough to be noticeable and at times annoying. 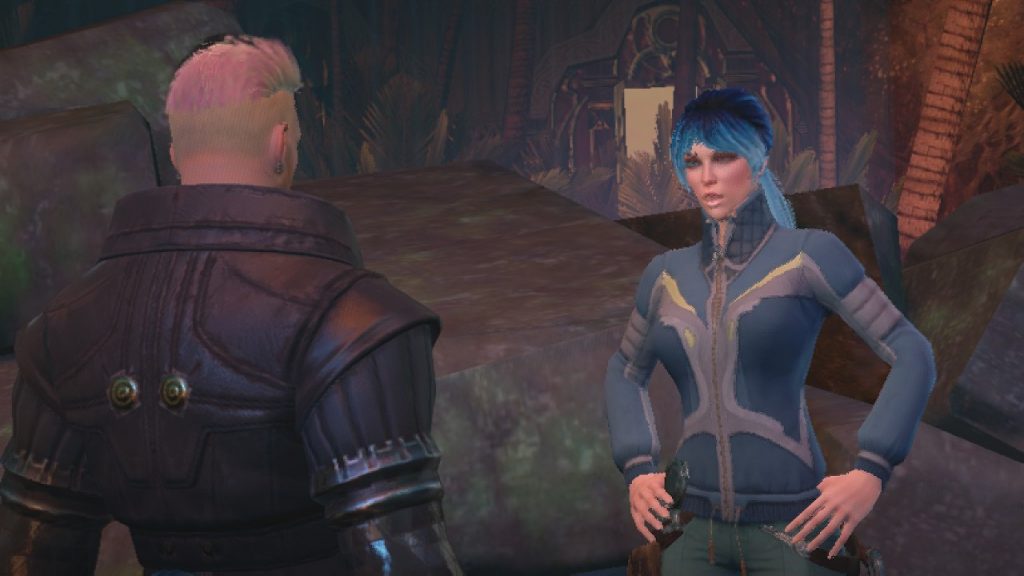 My final criticism for the game revolves around the plethora of currencies Skyforge employs. There are crystals — what is essentially their version of dollars — which look like medallions, others that look like medals, and something called “knowledge of enemies.” Despite their differences, it’s not very clear at all in the beginning what currency is usable in what situation. Eventually, you’ll learn that knowledge of enemies is used to upgrade the Tower of Knowledge which will enhance your stats, while two different types of currency are used to unlock classes. In addition to murky currency usage, where and how you can earn each type (other than knowledge of enemies, which is gained by defeating enemies) is also not very clear. Overall, some clarity is definitely required when it comes to Skyforge’s currencies.

A Solid Game in Need of Some Polish

Overall, I had a good time with Skyforge. The combat and the missions were enough to make me want to return to it, and the story was passably entertaining, if not exactly riveting. While it’s got some issues, I think that if it gets a little polish, it’ll be a pretty solid game. Pending the necessary currency clarity and a bit of cleaning up, it could fill an enormous void on the Switch and give us an MMO we need.

Full disclosure: This review is based on a copy of Skyforge provided by the publisher.

A Tale of My Frustration Ayo: A Rain Tale is a game whose setting is a largely unexplored and underrepresented one in video games. Africa, specifically the Sub-Saharan region…